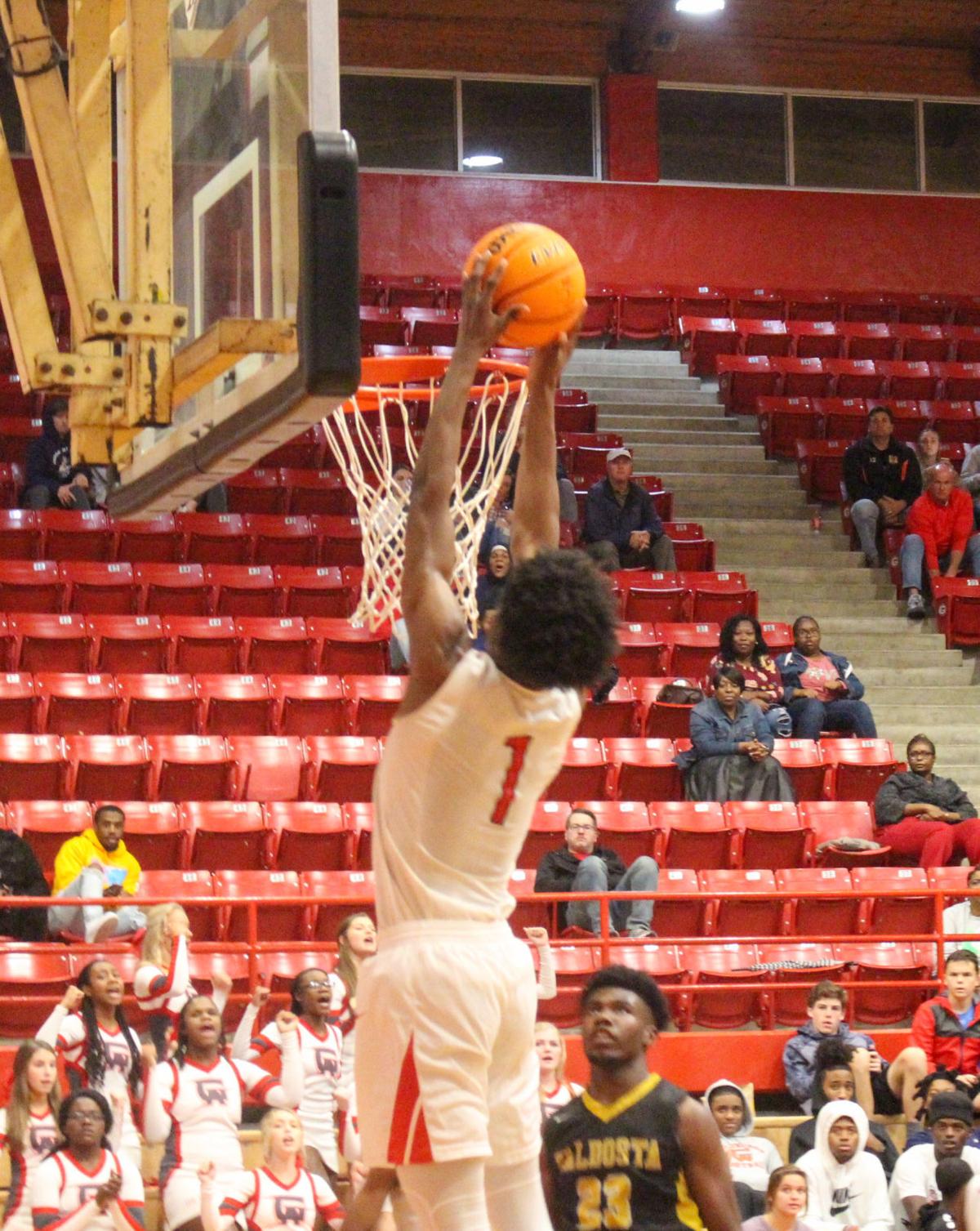 Above: Glynn Academy basketball player Tyson Rooks slams the ball through the hoop against Valdosta on Friday. Left: Ivan Groom eyes the defender during the Valdosta game on Friday. 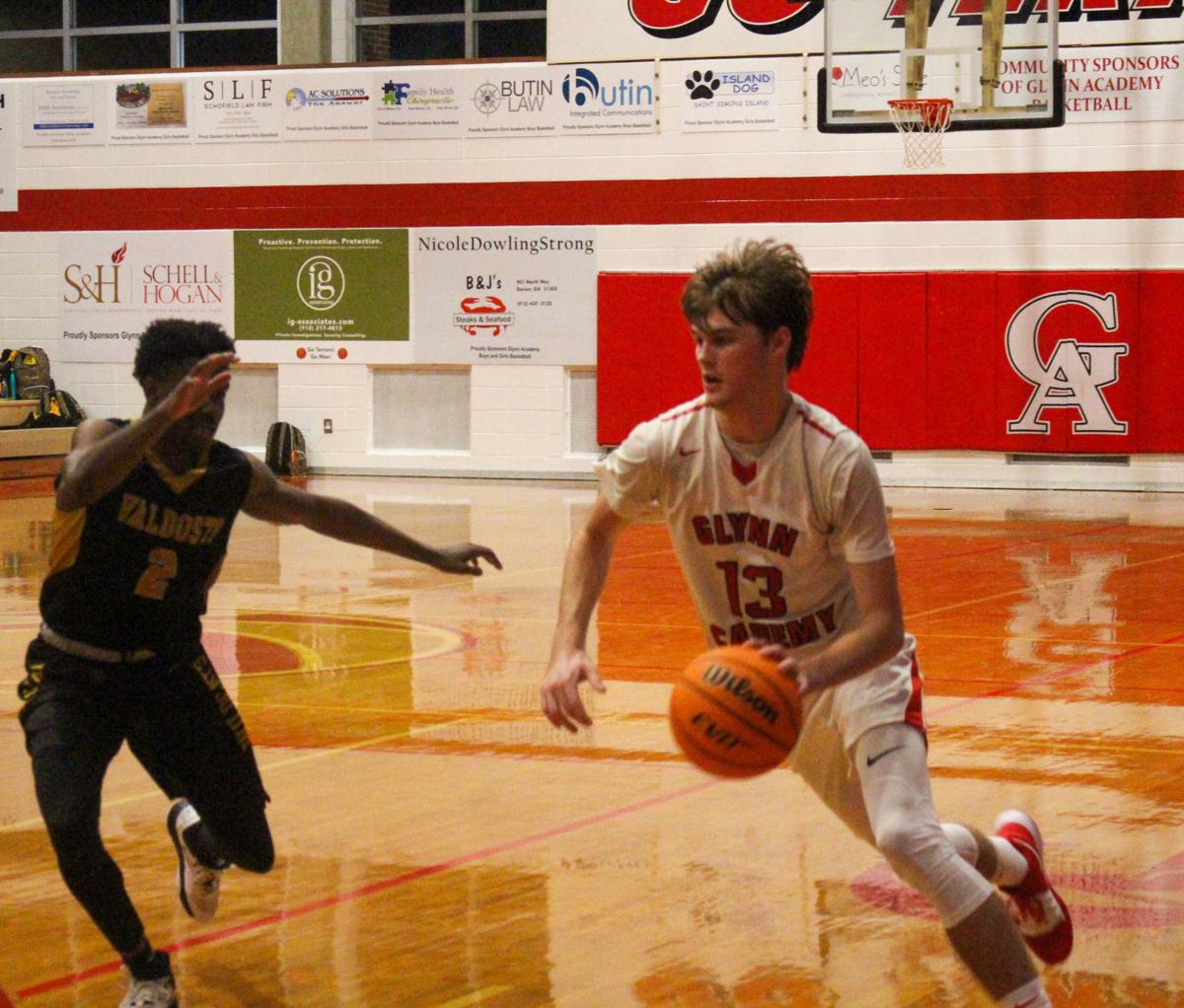 Glynn Academy baksetball player Max Hrdlicka looks for a lane to drive the ball against Valdosta on Friday. 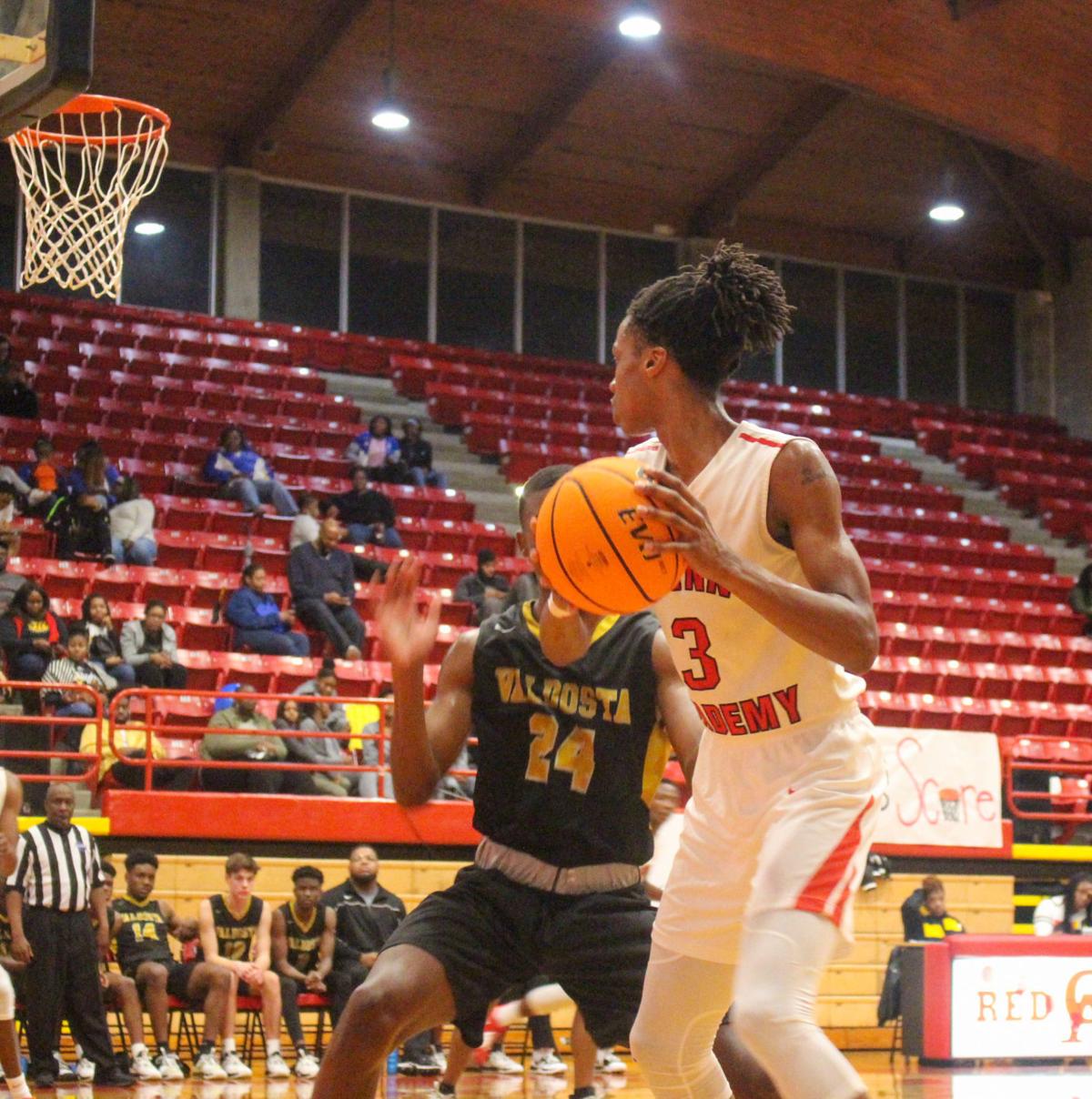 Ivan Groom holds the basketball as he looks toward the basket during the game Friday against Valdosta. 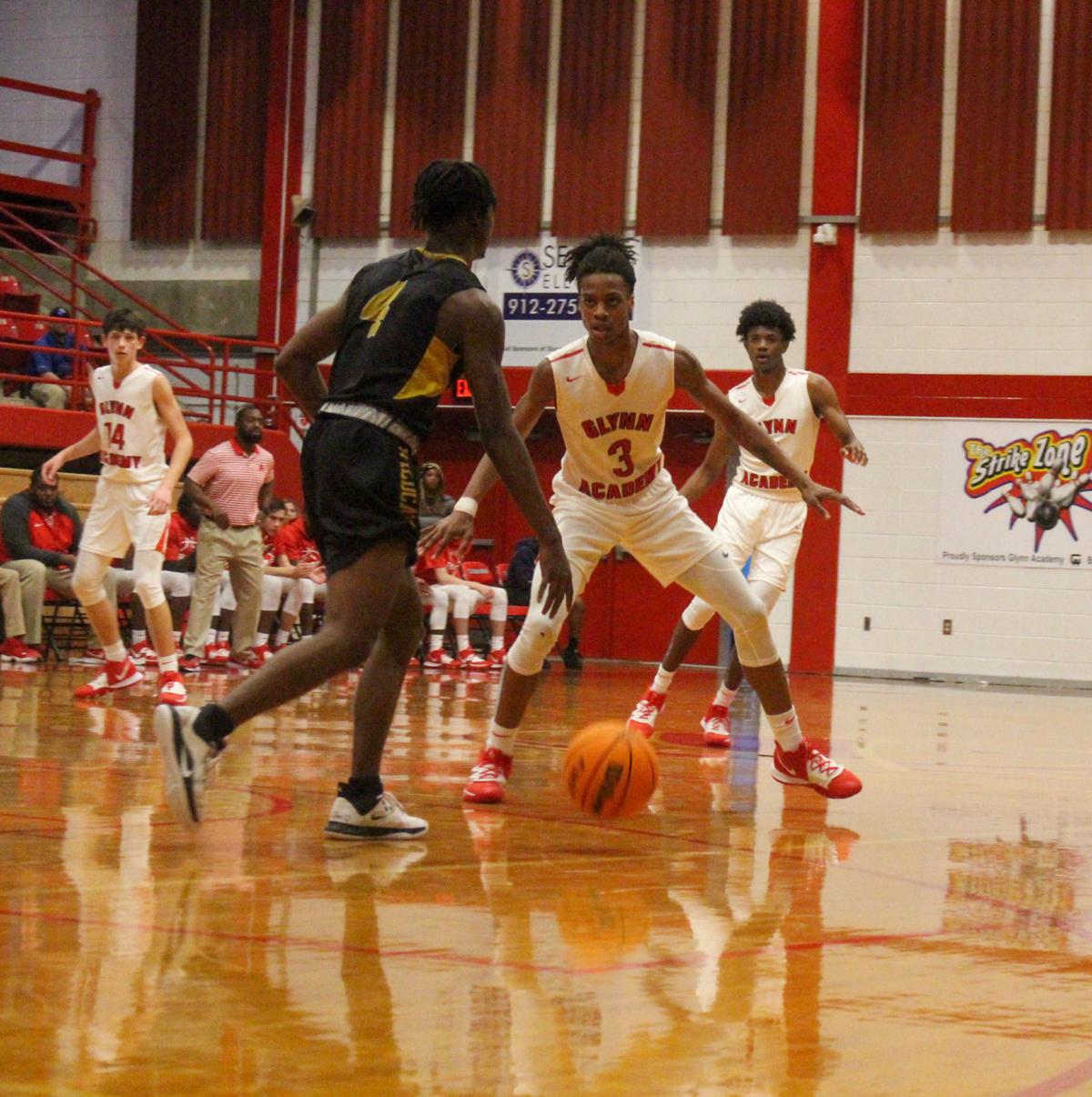 Ivan Groom eyes the defender during the Valdosta game on Friday.

Above: Glynn Academy basketball player Tyson Rooks slams the ball through the hoop against Valdosta on Friday. Left: Ivan Groom eyes the defender during the Valdosta game on Friday.

Glynn Academy baksetball player Max Hrdlicka looks for a lane to drive the ball against Valdosta on Friday.

Ivan Groom holds the basketball as he looks toward the basket during the game Friday against Valdosta.

Ivan Groom eyes the defender during the Valdosta game on Friday.

A combined 48 turnovers happened during four quarters of action as neither team knew how to hold onto the ball. Valdosta coughed it up 26 times while Glynn had 22 turnovers. Despite having fewer turnovers than the Wildcats, the Terrors didn’t convert those takeaways into points.

The Wildcats might have defeated Glynn Academy by 15 points, the Terrors hung in with them until late in the game.

“This team beat us by 30 in the first game of the season, and they’re a very good team,” Haywood said. “We knew they were a very good team and to be tied up 37 all at the half, I felt pretty good. I just didn’t know if we could hold it for four quarters. They killed us tonight. We had a lot of unforced turnovers. I think they won the rebound battle and got a lot of second-chance points. That was the biggest difference in the game.”

Haywood said, the Terrors made a few changes for Friday’s game, which helped them force some more turnovers than the last time they played, and he said it helped.

“We turned them over some too, and I was pleased with that,” Haywood said. “The first time we played them, we didn’t press them, so this time we wanted to put some pressure on them, and it helped out a lot too.”

Valdosta got into foul trouble early on in the game and got in the double-bonus, which allowed the Terrors to tie it up at 37 going into halftime. Haywood said that when something like this happens, you have to stay aggressive and go into attack mode. However, he also said they have to make their free throws when teams get into foul issues.

Glynn Academy had two players score in double digits. Haywood said that Max Hrdlicka recorded a double-double tonight against the Wildcats. He was the leading scorer for the Terrors with 22 points. Sophomore Tyson Rooks was the other player to score in double-figures as he collected 19 points.

Hrdlicka is the only returning starter for the Terrors, and Haywood said he’s the leader right now.

“At this point, he’s leading us in every category points, rebounds, blocks, steals, and I mean he’s doing a little bit of everything right now,” Haywood said. “I’m pleased with his effort, and he is a great kid, plays hard, and does whatever you ask him. He’s going to give you 100 percent every night he steps on the court.

“Max is more of a leader by example. He’s a very coachable kid and does what’s asked of him. He’s our leading scorer, and I told him he would have to go after it, go hard play hard and be in attack mode the entire game.”

It’s a quick turn around for the Terrors as they face off with McIntosh County Academy this evening. Haywood said that back to back games could be tough because of how they play but says his team’s hungry.

“We press a lot and try to play fast, and it takes a lot out of you,” Haywood said. “The goal is just not to come out flat, you know to give us everything they got. I told them they could rest on Sunday, but today we have to get after it. We need a win. So we’re hungry for a win, so I’m hoping they’re going to come out with that fire and just get after it.”

The Terrors fall to 1-6 overall and 0-1 in region play after the loss to Valdosta. Glynn’s only win was a 68-54 victory over the Buccaneers earlier this season, and the Terrors look for another one tonight.

Glynn’s girls also fell to Valdosta on Friday night 45-37, resulting in the Lady Terrors’ first loss of the season. Zoesha Smith led the team with 21 points and 20 rebounds on the night. She also had four blocks in the game. The next highest scorer for the Lady Terrors was Talia Hamilton, who scored eight points and collected four steals.

Both the girls and boys team take on McIntosh County Academy this afternoon with the JV girls game starting at 3 p.m.