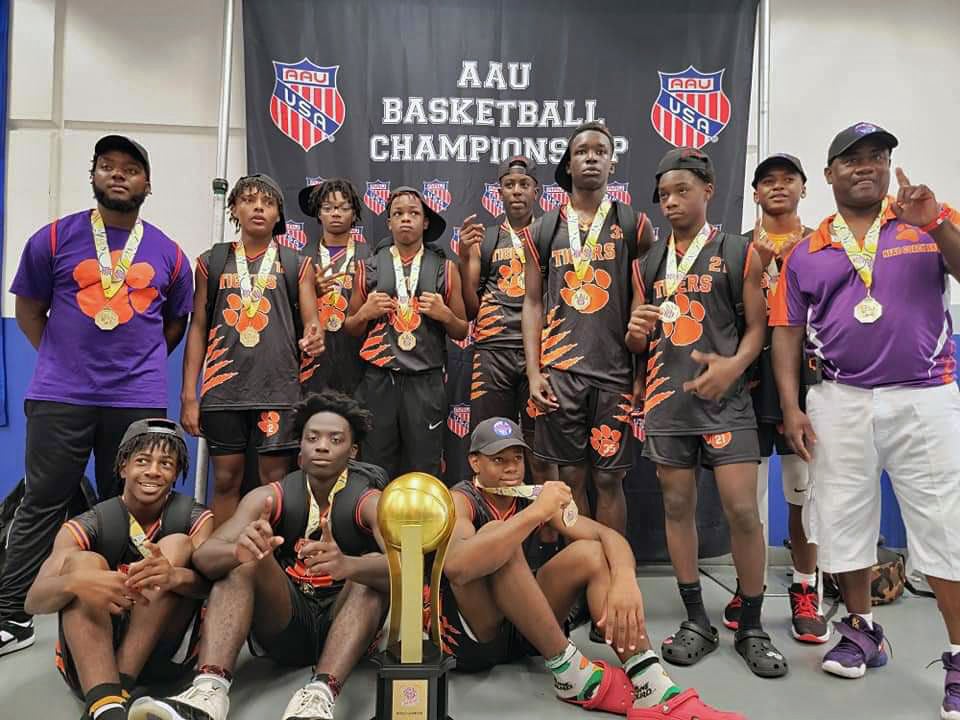 The Glynn County Tigers pose with the trophy after winning the AAU 8th Grade Division II World Championship in Orlando. 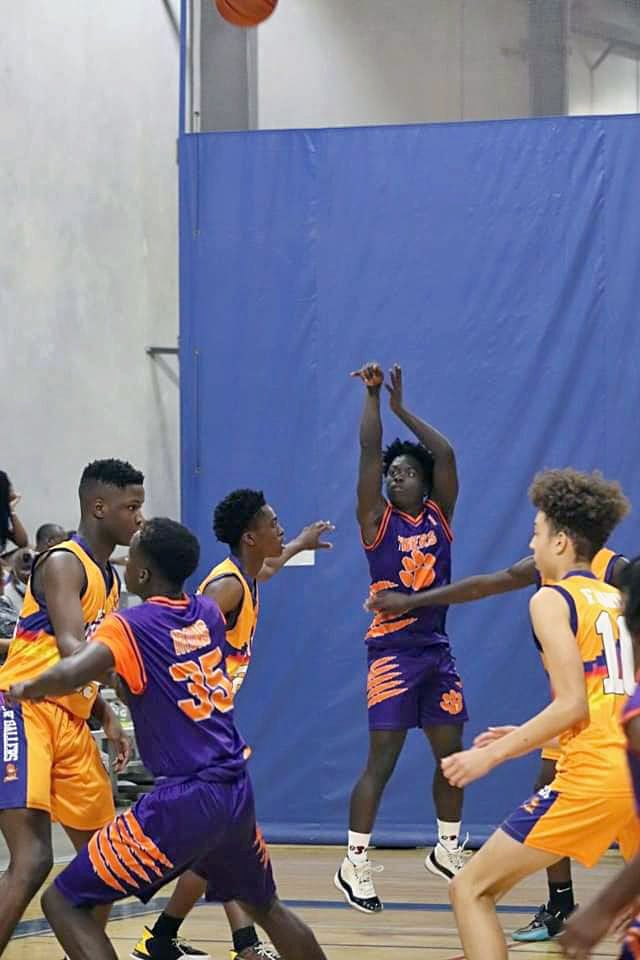 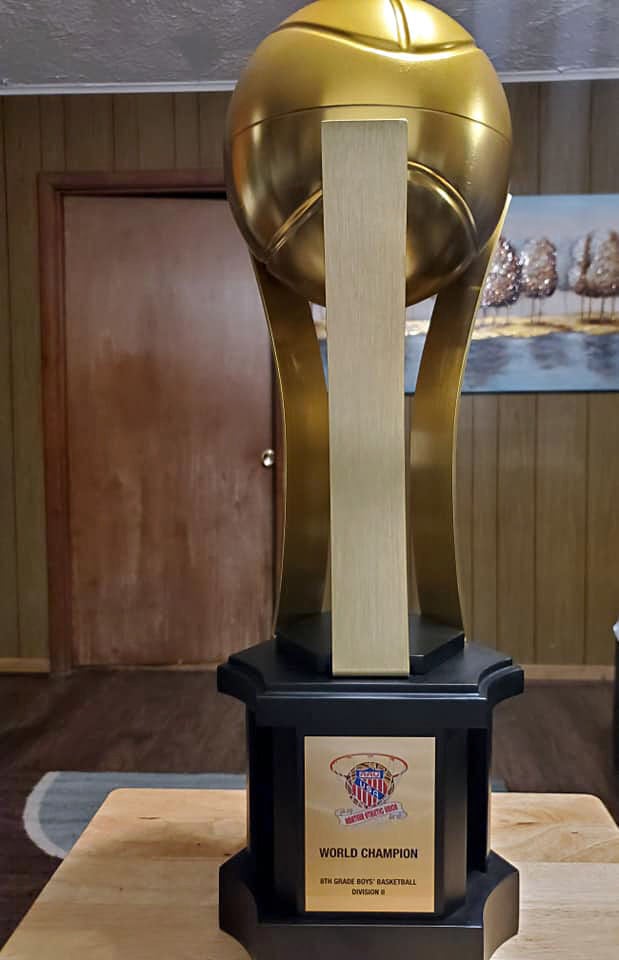 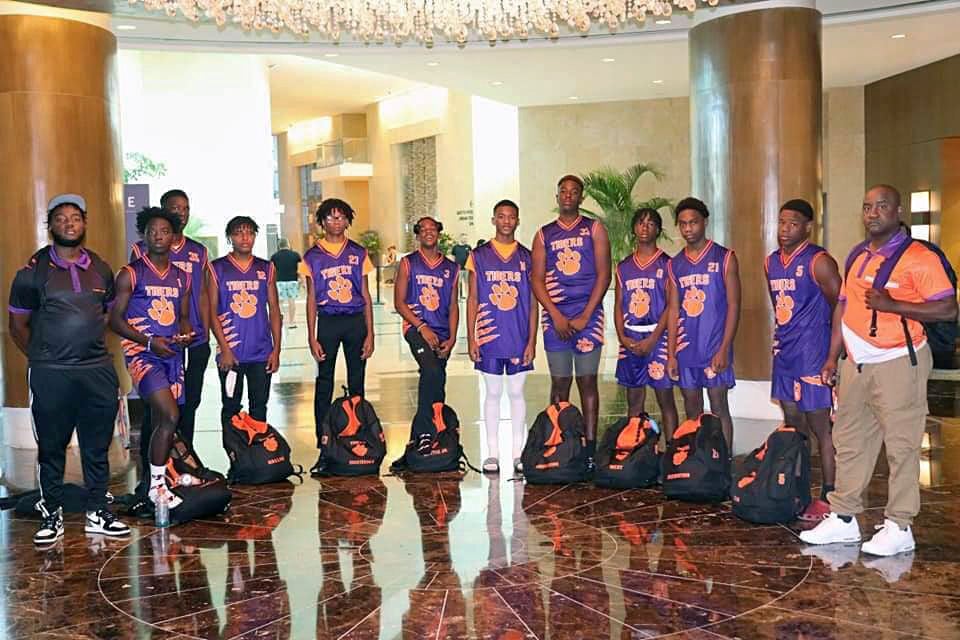 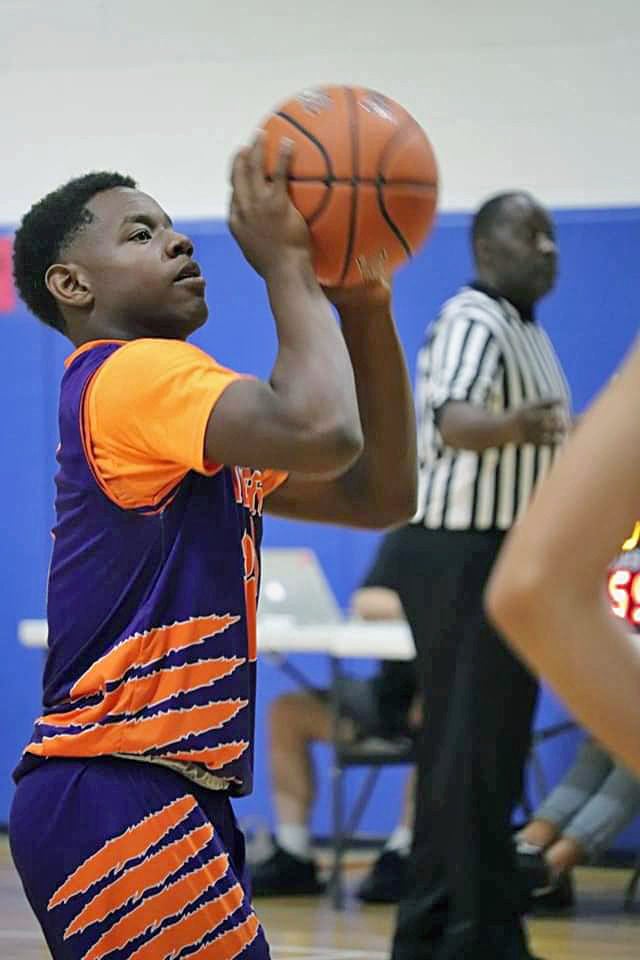 The Glynn County Tigers pose with the trophy after winning the AAU 8th Grade Division II World Championship in Orlando.

Some of the most talented youth basketball players in the country gathered in Orlando last weekend for the AAU World Championships, and a team made up of youngsters from Glynn and McIntosh counties bested them all.

In just the second year of the program’s existence, the Glynn County Tigers won the 8th Grade Division II World Championship, capping off an undefeated run with a 17-point victory over Team HUSL (S.C.) in the title game Tuesday.

Gregory Peacock led the team with 15 points in the championship, Jayden Ellis added 14 points and four made 3s, Hezekiah Kent chipped in 10 points, and Derrick Irons III had eight points as well.

“I feel like we have the best talent in southeast Georgia,” said Tigers coach John Littles Jr. “With us combining McIntosh and Brunswick, I’ve got a good group of guards; we’re fast, we’re quick, we’re athletic. They listen, they learn fast…

“We had a couple players get hurt, and one stopped playing for one part of the summer, and the team was still clicking and we were still winning.”

After winning an AAU event in Atlanta to qualify for the World Championships, the Tigers rode the momentum to Orlando, where they met teams from all around the country in pursuit of the world crown.

Pool play in the tournament began this past Saturday with the Glynn County Tigers edging the 24/7 Jr. Ballers (S.C.) 61-54 in the afternoon before handling Rocky Mountain Elite (Mon.) 68-31 a few hours later.

The Tigers wrapped up pool play in the early afternoon Sunday with a 47-41 victory over Penny Ball Academy Red (Fla.), and with the next game not until 10 a.m. Monday, the players got an opportunity to enjoy themselves away from the court.

The team was treated to a meal at a hibachi steakhouse and relaxed by the hotel pool, but the primary goal was never far from the forefront of the collective conscious.

“They knew the kind of mission we were on,” said coach Bruce Roberts. “We were down there to have fun, but the kids knew they were on a different mission.”

Glynn County rolled past World of Hoops (Fla.) 70-56 in its first contest of bracket play before running into its toughest matchup of the tournament in a big, tough Illinois Flight 2025 team out of Chicago.

While Illinois Flight 2025 preferred to play at a slower, more methodical pace to take advantage of its size, the Tigers want to get out and run.

But that’s not the only way the Tigers can play. The versatility and adaptability of the roster gave the team the ability to roll with the favorable matchups.

“We do a lot of adjustments,” Roberts said. “According to what team I’m playing, I may go one big and four guards. If a team has two bigs, I’ll go with two bigs and three guards.”

Adjustments don’t just require tactical foresight though. Players have to be willing to play different roles in different games. It can be difficult for professionals to reckon with starting one game and coming off the bench the next, let alone middle schoolers on the AAU circuit, which has a tenuous reputation as a “me first” environment.

Not that it was an issue for the Tigers.

“That means a lot, especially at their age,” Littles said. “We’ve got most kids going to ninth grade, they’re turning 14, 15 years old. It shows character. Everybody put their pride aside. There were no superstars on the team; everybody played a good role on the team.”

Glynn County beat Illinois Flight 2025 63-61 to advance to the final day of the tournament, and after benefiting from a forfeit to move to the title game, the Tigers finished their hunt.

Although the summer is coming to an end, this is just the beginning for the Glynn County Tigers program. The nonprofit organization seeks to engage the community’s youth in a variety of sports.

The Tigers’ basketball team hopes its World Championship will encourage more sponsors to donate to the program in the future to help fund trips, meals, etc.

“It just amazes me that we won the World Championship in Division II,” Littles said. “I don’t have anything but high expectations for next year.”