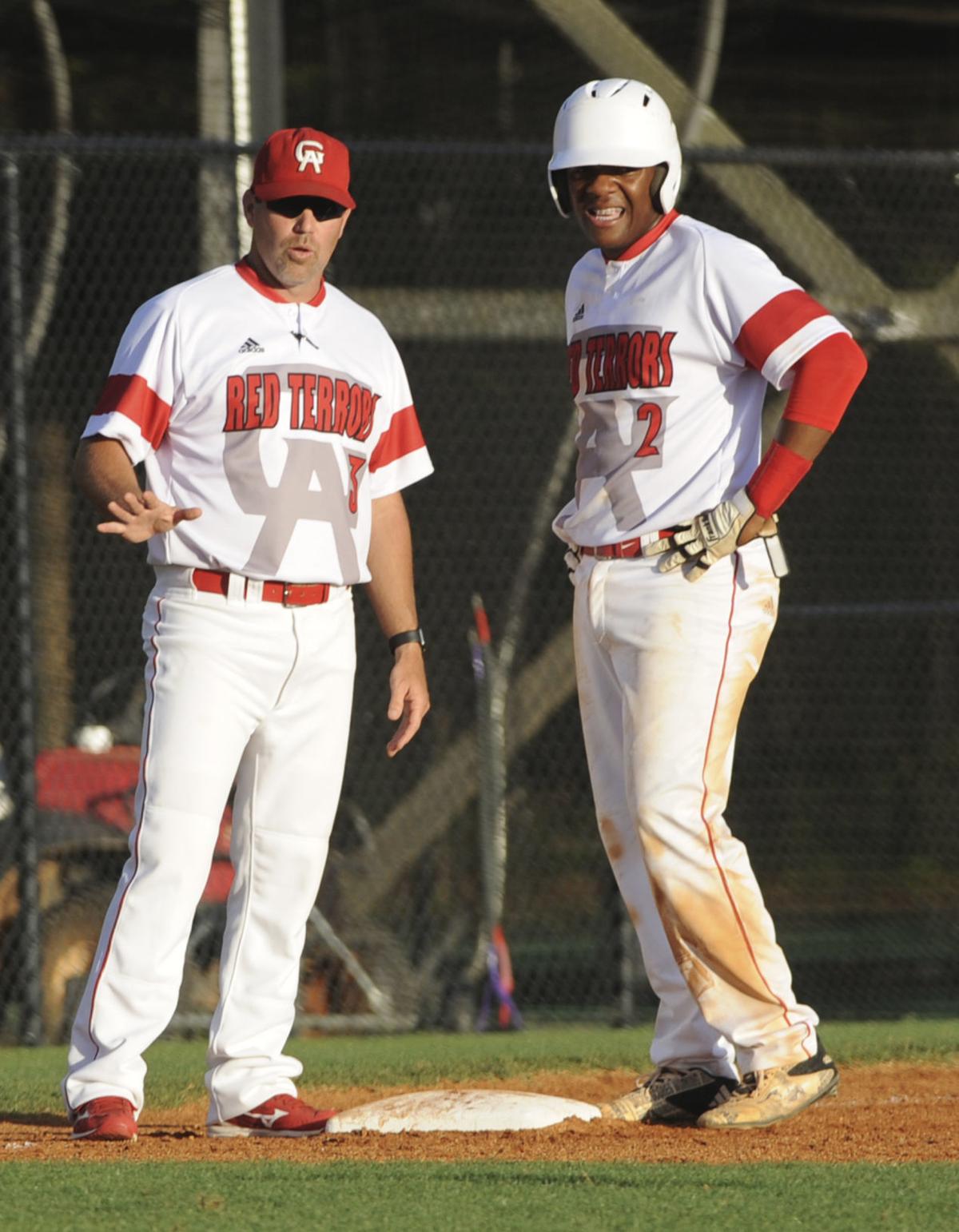 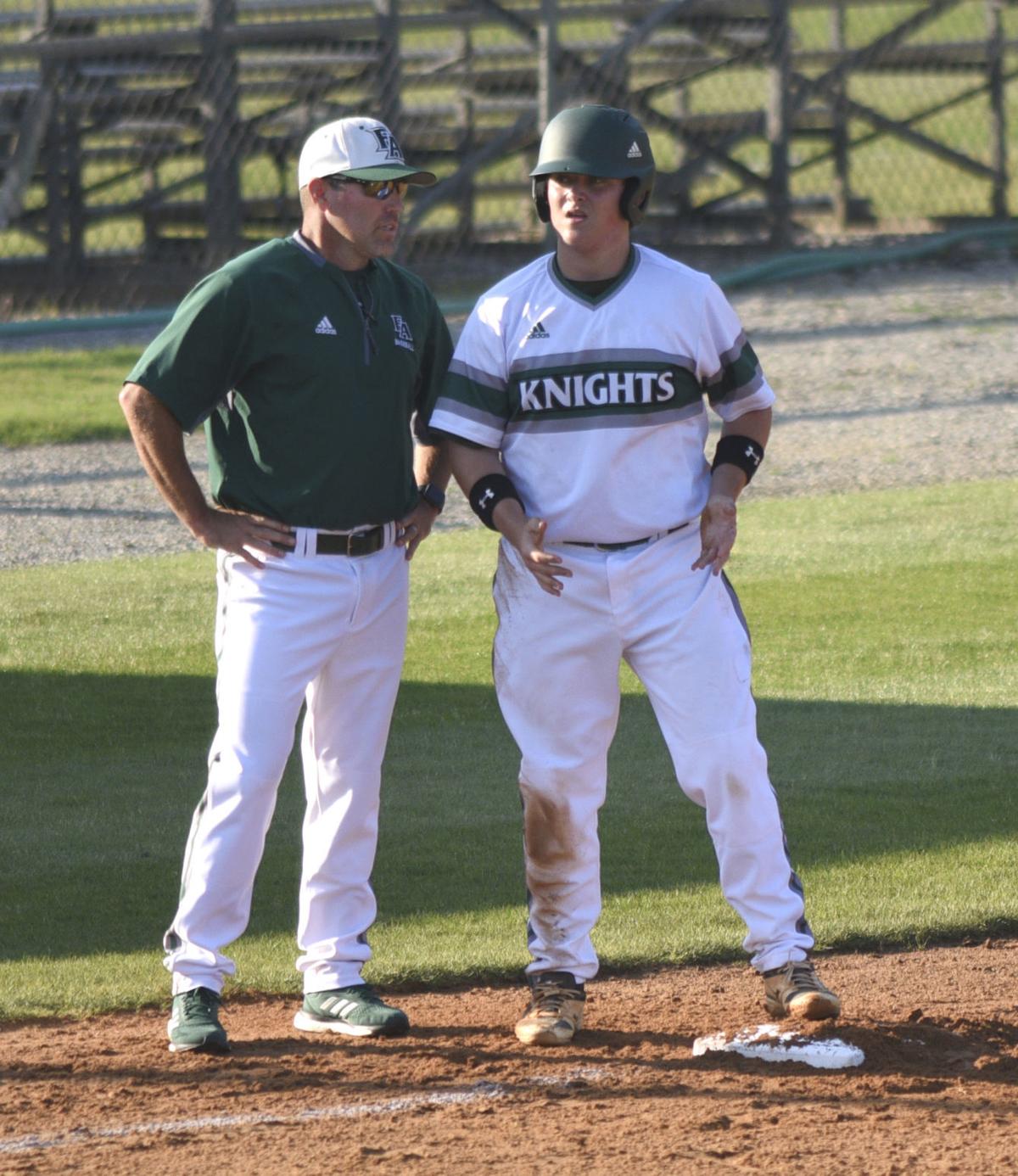 Frederica Academy head coach Greg Roberts chats with a player at third base.

Frederica Academy head coach Greg Roberts chats with a player at third base.

A familiar face will take over the Brunswick High baseball program.

Greg Roberts was named the Pirates’ new head coach after being approved at the Glynn County Board of Education meeting Tuesday evening, completing the Golden Isles triumvirate of baseball.

Roberts was the head coach at Frederica Academy from 2012-14 before taking the head job at Glynn Academy, where he coached from 2015-17. Roberts then returned to Frederica and resumed his position as head coach for past three years.

Now Roberts is set to become the first person to serve as head baseball coach for all three schools in the county.

“We are extremely excited to have Greg Roberts join us as the head baseball coach at Brunswick High,” Glynn County Athletic Director Steve Waters said in a statement. “Greg is a championship coach that has won championships everywhere he has coached. Greg builds programs and has great relationships with his players. I received numerous calls and texts from the BHS baseball community in support of Greg.

“He will do a great job, and we are exited to watch him build the Pirates into a championship ball club.”

Roberts has shown the ability to do just that in his previous stops.

The Coffee High School graduate served as an assistant at his alma matter before taking his first head job at Citizens Christian, where he also coached softball and led both programs to their first GISA state championships.

The success translated over to Frederica, where Roberts put together a 46-34 record in his first stint, making an appearance in the state playoffs each of the three seasons and advancing to the semifinals in back-to-back years.

Ahead of the 2015 season, Roberts left Frederica to fill Glynn Academy’s coaching vacancy and steadily turned the Terrors into contenders.

After going 11-11 in Roberts’ first season at Glynn, the team improved to 18-11 the following year before going 24-10 in his final season, setting the school’s single-season win record and capturing the program’s first baseball region title in 20 years en route to the Sweet 16.

Roberts returned to Frederica Academy after three years at Glynn and promptly led the Knights to a region championship in 2018. Frederica appeared in the state tournament in each of Roberts’ first two years back at the school, and it was 4-3 overall and 2-0 in region play when the 2020 season came to an end amidst the coronavirus pandemic.

Although Roberts spoke fondly about his time at Frederica Academy, he is excited about the opportunity to return to a larger program within a competitive region.

“Frederica will always hold a special place in my heart,” Robert said. “I built so many meaningful relationships there with faculty, staff and kids. It’s always going to be a good place.

“Frederica is a wonderful school and great institution. I can’t say enough about the way they go about their business and the things they do there to try and help kids.”

Roberts takes over at Brunswick for Brian Crawford, who was already set to relocate to Los Angeles with his family after the season as his wife secured a promotion that requires a move.

In three-plus seasons with Crawford leading the Pirates, Brunswick went 48-59-1, making the playoffs in each of the three previous seasons prior to the 2020 campaign coming to an abrupt end.

Now Roberts will look to assemble a staff that will help him spark the Pirates back to prominence.

“I’m excited about doing a staff,” Roberts said. “I think that I’ll be able to put together a very, very good staff. I seem to have a lot of excitement from some guys that are interested in and want to come on board. I think that’s a big piece of it — being able to circle yourself with people that are knowledgable, but can also relate to kids.”