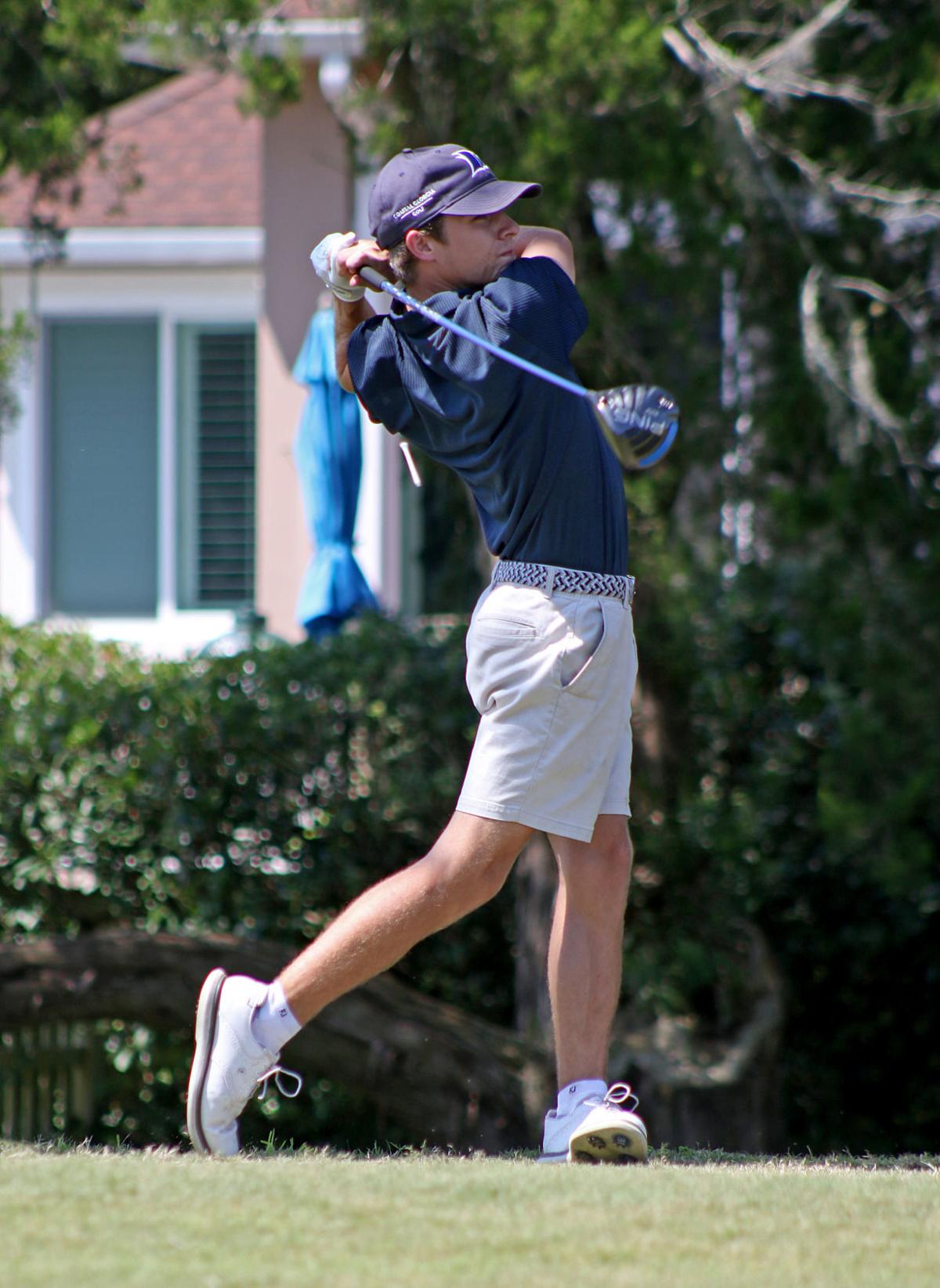 Coastal Georgia’s Jackson Lawlor tees off on No. 18 at Sea Palms Golf Club during the final round of the Mariners’ fall invitational Tuesday. 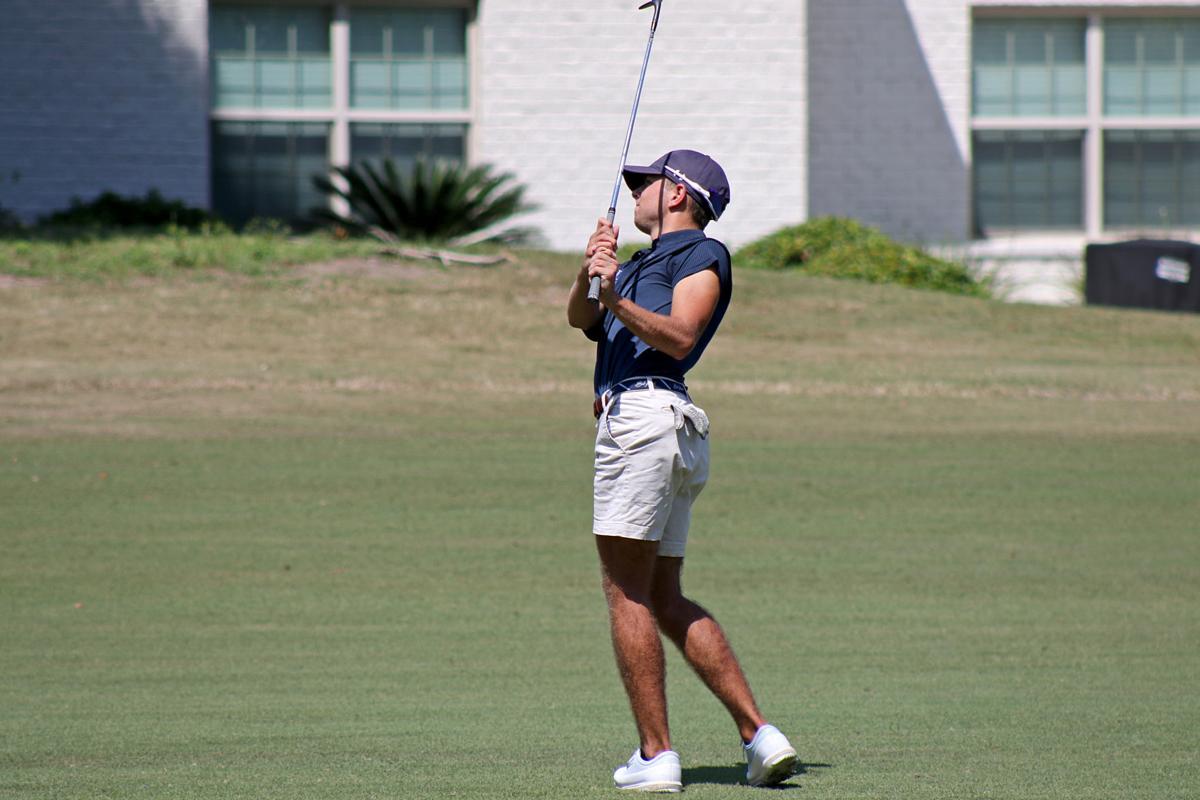 Coastal Georgia's Zayne Hilderbrand watches his shot from the fairway on No. 10 at Sea Palms Golf Club during the final round of the Mariners' fall invitational Tuesday. 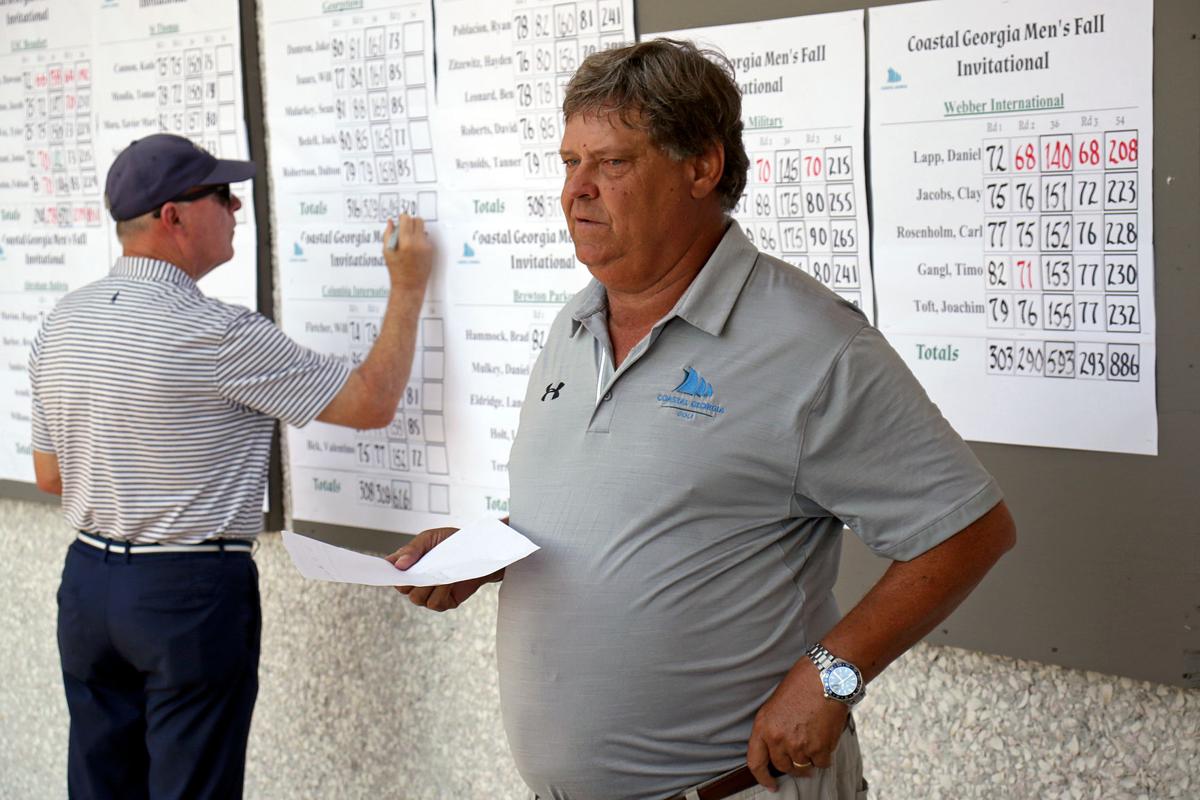 Coastal Georgia’s Jackson Lawlor tees off on No. 18 at Sea Palms Golf Club during the final round of the Mariners’ fall invitational Tuesday.

Coastal Georgia's Zayne Hilderbrand watches his shot from the fairway on No. 10 at Sea Palms Golf Club during the final round of the Mariners' fall invitational Tuesday.

Coastal Georgia positioned itself in striking position of the lead over the first two rounds of its annual fall invitational, but the Mariner men melted over the final 18 holes Tuesday at Sea Palms Golf Club.

Entering the round in second place, 11 strokes back of No. 2 Keiser, fourth-ranked Coastal shot 10-over as a team and slid to fourth at 12-over 864 for the tournament.

No player better represented the frustrating day than Mariner senior Jackson Lawlor, who took a five-stroke lead into the final round at 9-under 133, yet missed out on the top 5 after shooting a 6-over 77 and finishing at 210. Medalist Dawson Peters of University of South Carolina Beaufort finished at 11-under 202.

“(Lawlor) ran out of gas,” Cook said. “He hadn’t been feeling good. He went 10 days without playing, and when he came back I asked him, ‘Well, if you feel like you can play…’

“Yesterday we played 36, and he shot 67 and 66. He was still kind of weak. But when you’re playing good, you play. He turned 34 though, he turned 1 under, and then on the back nine he got some bad lies. It’s a shame he didn’t couldn’t finish it.”

Still, Coastal has reason to feel optimistic about the team moving forward. The defending Sun Conference champion topped No. 1 Dalton State and a pair of programs receiving votes within the 14-team field despite playing without the services of SUN Golfer to Watch Chip Thompson.

With Thompson out with a sickness, former Frederica Academy standout Thomas Henderson stepped into the starting lineup and turned out a strong collegiate debut. Henderson shot progressively better each round, capping off his tournament with a 71 to finish 20th overall at 7-over 220.

Another young Coastal Georgia golfer also played well in sophomore Marcus Reynolds, who shot a 71-71-72 to finish in a tie for 11th place individually with a score of 2-over 215.

Sophomores Zayne Hilderbrand and George Langham rounded out the Mariners’ starting five — the former shooting a 10-over 223 to finish tied for 23rd, and the latter placing 31st after a third round 81 dropped him to 13-over 225 for the tournament.

While the finish was ultimately disappointing for a Coastal Georgia program with national championship aspirations, the tournament provided great experience for a team looking to grow.

“It was a good field: the defending national champion was here, Keiser is ranked No. 2, USCB is like 12th...

“I don’t feel like we’re top 5 right now. That’s what North Carolina, the Tarheels, after they lost to Virginia Tech, the coach said, ‘We’re overrated.’ But we still lost to a good team. I think we can get better.”

The road will only get more treacherous for the Mariners this fall. Coastal wraps up its slate with competitions against ultra-competitive fields tournaments held by SUN rivals South Carolina Beaufort and Keiser.

“The next two tournaments we play in are national fields,” Cook said. “It’s like a national tournament. Innisbrook, then we got to Mission Inn in October. We’ve got some heavy hitters coming up.”