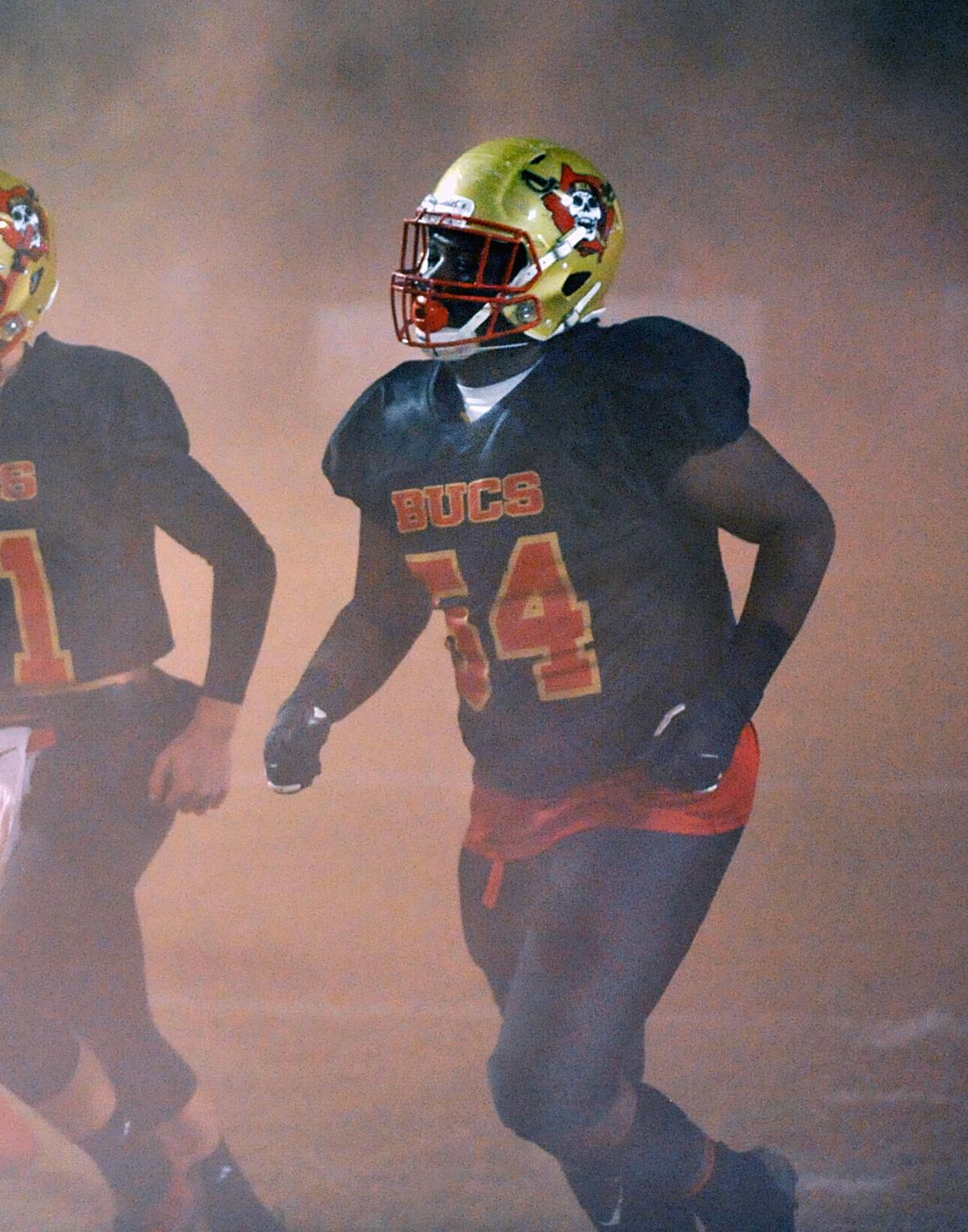 McIntosh County Academy’s Matt Palmer jogs onto the field before a Class A-Public first-round playoff game at The Ship. 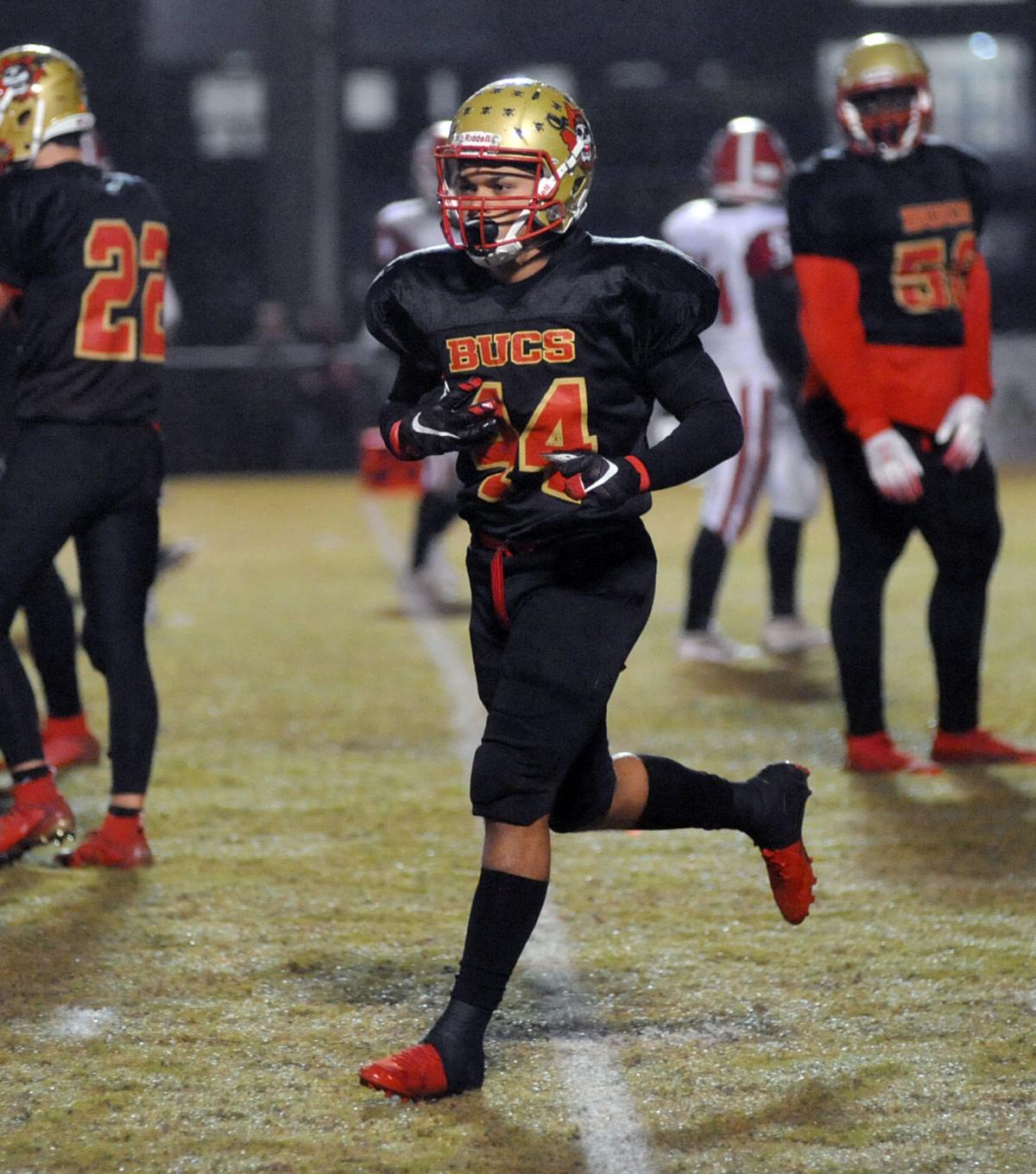 McIntosh County Academy’s Josh Amerson jogs off the field after a stop in a first-round playoff game against Emmanuel County Institute at The Ship. 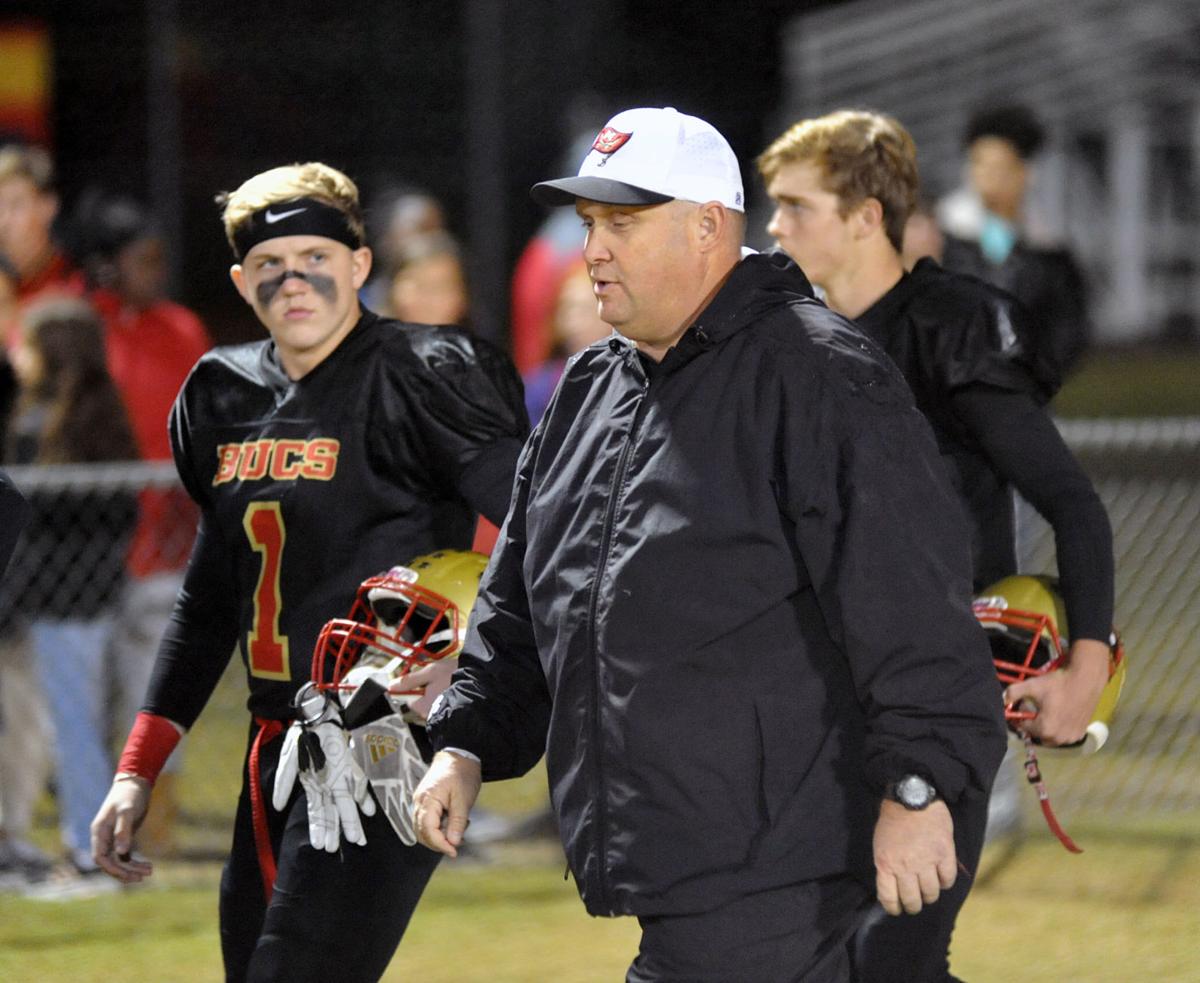 McIntosh County Academy’s Matt Palmer jogs onto the field before a Class A-Public first-round playoff game at The Ship.

McIntosh County Academy’s Josh Amerson jogs off the field after a stop in a first-round playoff game against Emmanuel County Institute at The Ship.

A turnaround season led by head coach Bradley Warren wasn’t limited to the product on the field — it led to scholarship offers for seniors Josh Amerson and Matt Palmer. Amerson inked an LOI with Webber International University in Babson Park, Fla., while Palmer will keep his talents in state and play for Point University.

Amerson was an all-region first team selection this past season after racking up 44 tackles for a loss from the Buccaneers’ defensive front. Standing 5-foot-7, 189 pounds, Amerson doesn’t have the prototypical size for a pass rusher, but he’s found ways to remain productive.

“Josh probably could have played at a bigger school had he been bigger,” Warren said. “For his size, pound-for-pound, he’s one of the best football players around the coast. Good team leader.

Webber first contacted Amerson through email in February, seeking to bring him in for a visit. Amerson said he took the offer seriously and made sure to make the trip.

When he arrived on campus, Amerson fell in love with the area, the school, and especially head coach Kelly Scott, who will be entering into his 19th season at the university.

With experience rushing with both a hand on the ground and from a standup position, Amerson can provide Webber with a versatile defensive piece that can get to the ball in a hurry.

“That’s my niche,” Amerson said. “That’s really what I focus on is my speed and my explosiveness and able to not really get touched by bigger people than myself. I know I’m a little smaller, so I rely on my speed and my agility to move off the ball real quick.”

Palmer never even considered playing college football until he began receiving some calls at the conclusion of the season.

With three different coaches in his first three years at McIntosh County Academy, Palmer didn’t take football as seriously until Warren returned to the Buccaneers with the best winning percentage in program history.

Warren lit a fire in the program, and Palmer specifically, leading a turnaround from 1-9 to 5-6 with a playoff appearance — a feat that prompted the left guard to call him “the best coach that’s been there.”

Palmer played a key role in the team’s offensive success, blocking for a wing-T offense that rushed for 2,443 yards and 32 touchdowns at an average of 5.8 yards per carry despite originally being pegged as a utility lineman in camp.

“He really developed in our program,” Warren said. “By the end of the year, he was pretty good on the offensive line. He’s about a 6-3, 250-pound lineman, good feet, pretty athletic. He never even thought about playing college football.

“I took his film to the Gwinnett County recruiting fair, and what do you know, he landed a scholarship.”

For a community in Darien, Amerson and Palmer’s signings are even bigger than the two student-athletes going off to college. They’ve blazed a trail for the classes to come.

“I told Matt and Josh both, I said, ‘You know, you guys are showing others from around our area that you can do more than just go to high school to play ball,’” Warren said. “You can go to the next level. You can go and maybe get your education paid for, or partly paid for, and I think they’re a good role models to a lot of our younger athletes coming up that maybe have a question mark on where they can play at the next level.”

Palmer certainly enjoyed that sentiment, and he’s excited to see what’s in store in the future at McIntosh County Academy.

“It felt good knowing that we set the path for the young kids to be able to play football and like it actually,” he said. “They don’t have to play with a coach who doesn’t know what they’re doing.”

It’s not business as usual at The Westin Jekyll Island, but things are beginning to return to normal.