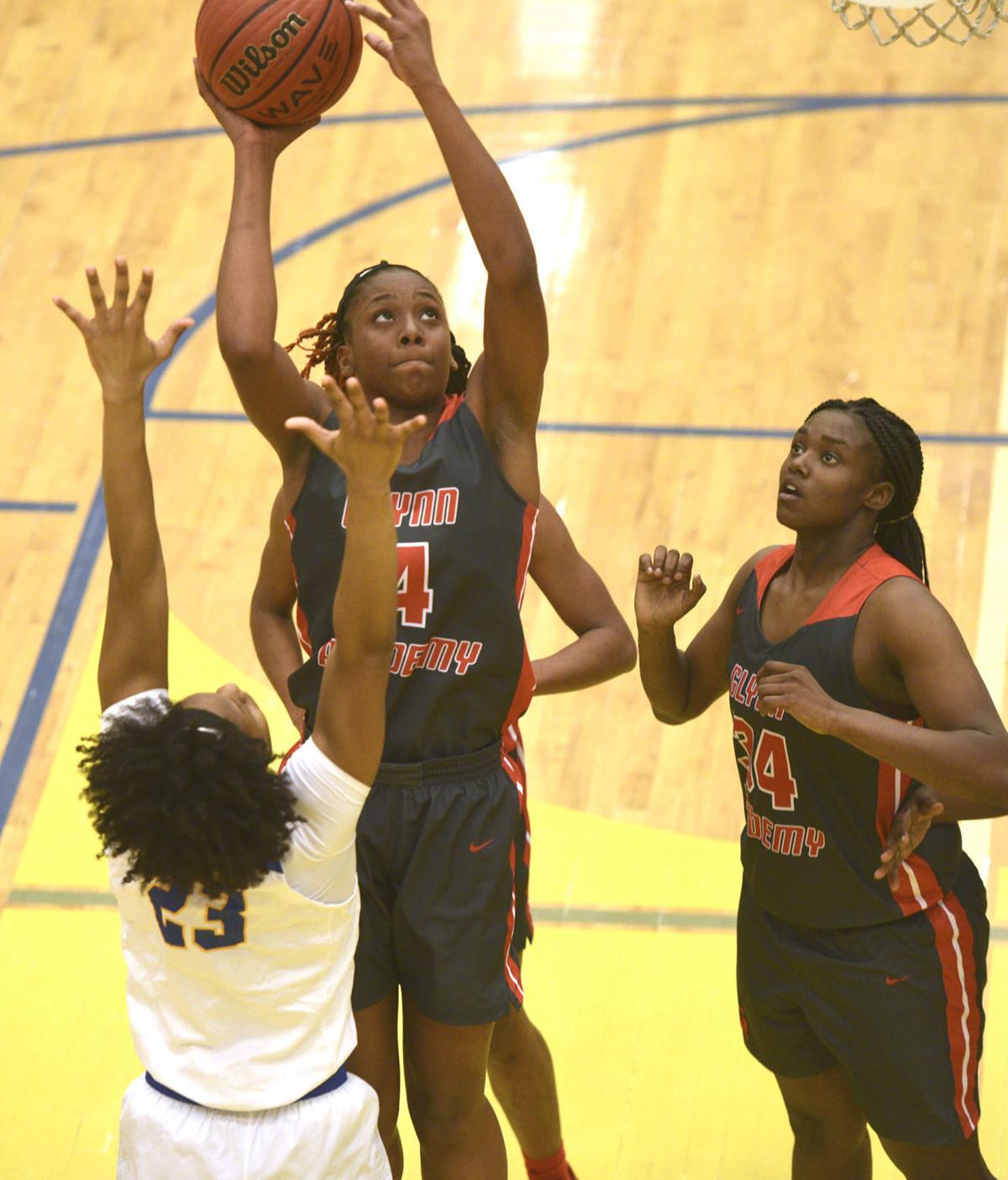 Glynn Academy’s Zoesha Smith drives to the basket against Brunswick. 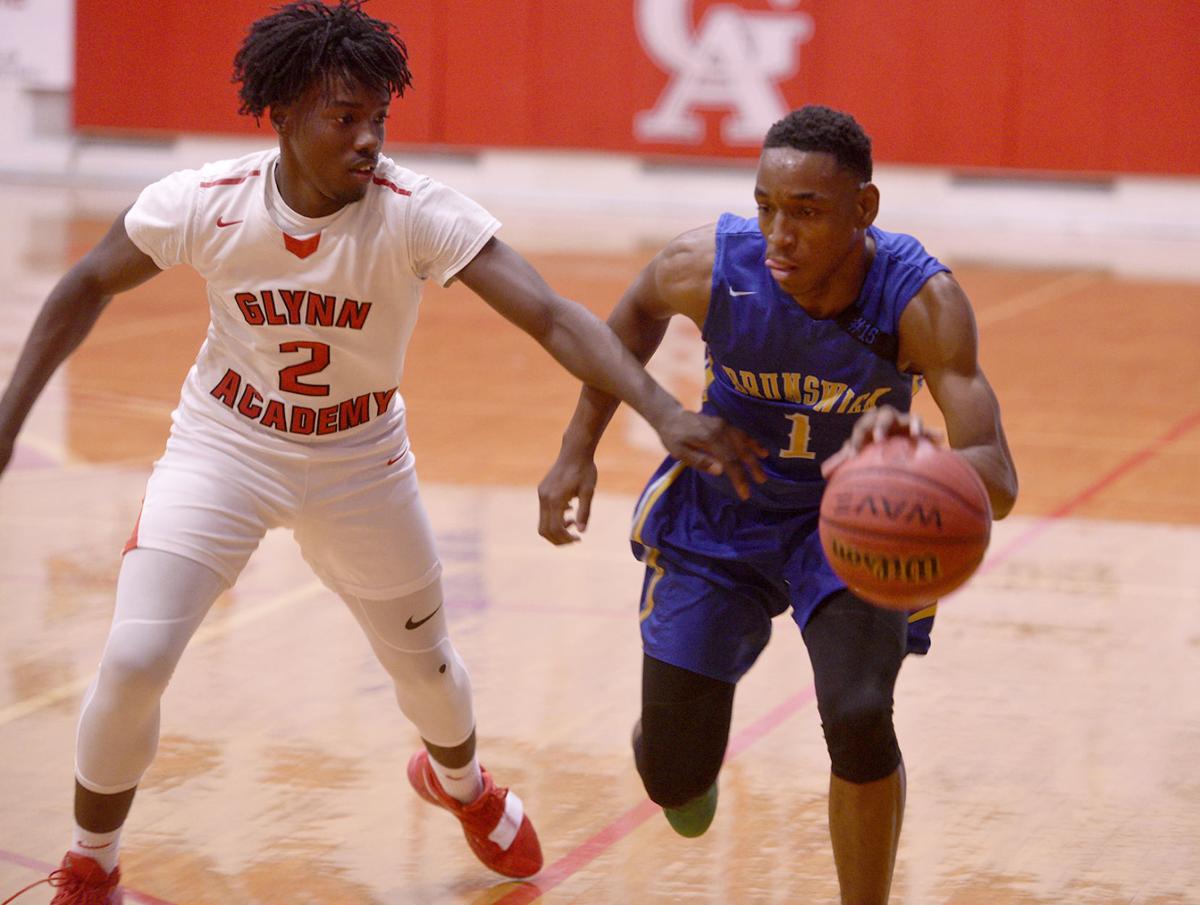 Glynn Academy’s Zoesha Smith drives to the basket against Brunswick.

Brunswick High and Glynn Academy finally get to have a home basketball game today after spending the last couple of weeks on the road.

Glynn Academy’s varsity girl’s team is currently the only of the four squads with a perfect record.

Brunswick’s girls and boys squad are both at .500 on the season, and as for the Glynn boys, they have yet to win a game.

These teams have been busy the first few weeks of their 2019 season, so let’s break down what’s happened so far and preview today’s matchups.

After six games into the season, Brunswick’s boys’ basketball team sits at 3-3 on the season.

The Pirates started out dropping two games to Beach and Nease. Brunswick handled Clay out of Cove Springs, Fla., 71-33 but then fell to Camden 40-35.

Now the Pirates are on a two-game winning streak over Thomasville 65-61 and Crisp County 59-46.

Brunswick got some much-needed confidence heading into this home game against Camden. The first time these two faced off, the Pirates lost by five. Now that coach Chris Turner his entire squad back with football season over, he will look to make it three straight games.

Similar to their counterpart, the Lady Pirates are 2-2 on the year. Af ter struggling to get things going at the beginning of the season, Brunswic k’s girls are on a two-game winning streak.

Now they will take on Camden for the second time this season. The Lady Pirates are looking to regroup and look past those two early losses. They will get the first chance to redeem themselves today against Camden and move to a three-game winning streak.

The Lady Pirates will get another chance for redemption against Beach on Dec. 7 after they play Bradwell Institute on Dec. 6 for their first region matchup of the year.

The Lady Terrors defeated Tift County on Nov. 14 43-41 in overtime for the opening game of the season. Then Glynn’s girls embarrassed Ware County 66-15. Their latest game was against Johnson in Savannah during the Jeff Davis Tip-Off Classic as the Lady Terrors won 52-44.

As a team, they’re averaging 53.7 points per game. Defensively they’re holding opponents to 33.3 points each matchup. Despite averaging a reasonably high amount of points a game, as a team, the Lady Terrors only make 39 percent of their shots. From the foul line, they have a 60 percent completion rate.

The Lady Terrors average 21.3 defensive boards and 14 offensive. Glynn’s defense also averages 13.67 steals a game with a high of 24 against Ware. One of the weak spots is turnovers as they give up the ball, on average, 18 times a game.

Glynn recorded 11 blocks this season with a high of eight against Tift County.

Leading the way for the Lady Terrors is senior center, Zoesha Smith. Before tonight’s game against the Buccaneers, she averaged 19.7 points, 12.7 rebounds, 4.3 steals and 2.3 blocks a game. Smith is making 44 percent of her shots from the floor and is a huge asset to the team.

Glynn’s offense seems to be surrounded by Smith, and so far, the Lady Terrors have gotten a lot of success out of it. However, it also seems like that defense is doing its part as well.

On Friday night, the Lady Terrors remained perfect as they defeated McIntosh 80-23. The Buccaneers didn’t stand much of a chance as Smith and company handled their business with ease.

Yet again, Smith had over 10 points on the game and helped the Lady Terrors get the victory.

Today they take on Beach, who is currently 3-2 overall this season, including a 47-42 win over Brunswick. The two losses for them came against Johnson in Savannah and Bradwell Institute.

It hasn’t been nearly as good of a start for Glynn’s boys’ team as it has been for the girls.

At the time of press, the Terrors were 0-3 overall and had yet to get their first win but were playing for it against McIntosh County Academy on Friday night.

Glynn fell to Valdosta 81-51 in the opening game. They took on Jeff Davis next in the Hugh McBride Tip-Off Showcase, losing 56-52. Their latest loss came to Camden County as the Terrors fell 53-47 to the Wildcats.

The Terrors take on Beach today at 5:30 p.m. and will look to continue that success and get out of this hole they’ve built early this year.