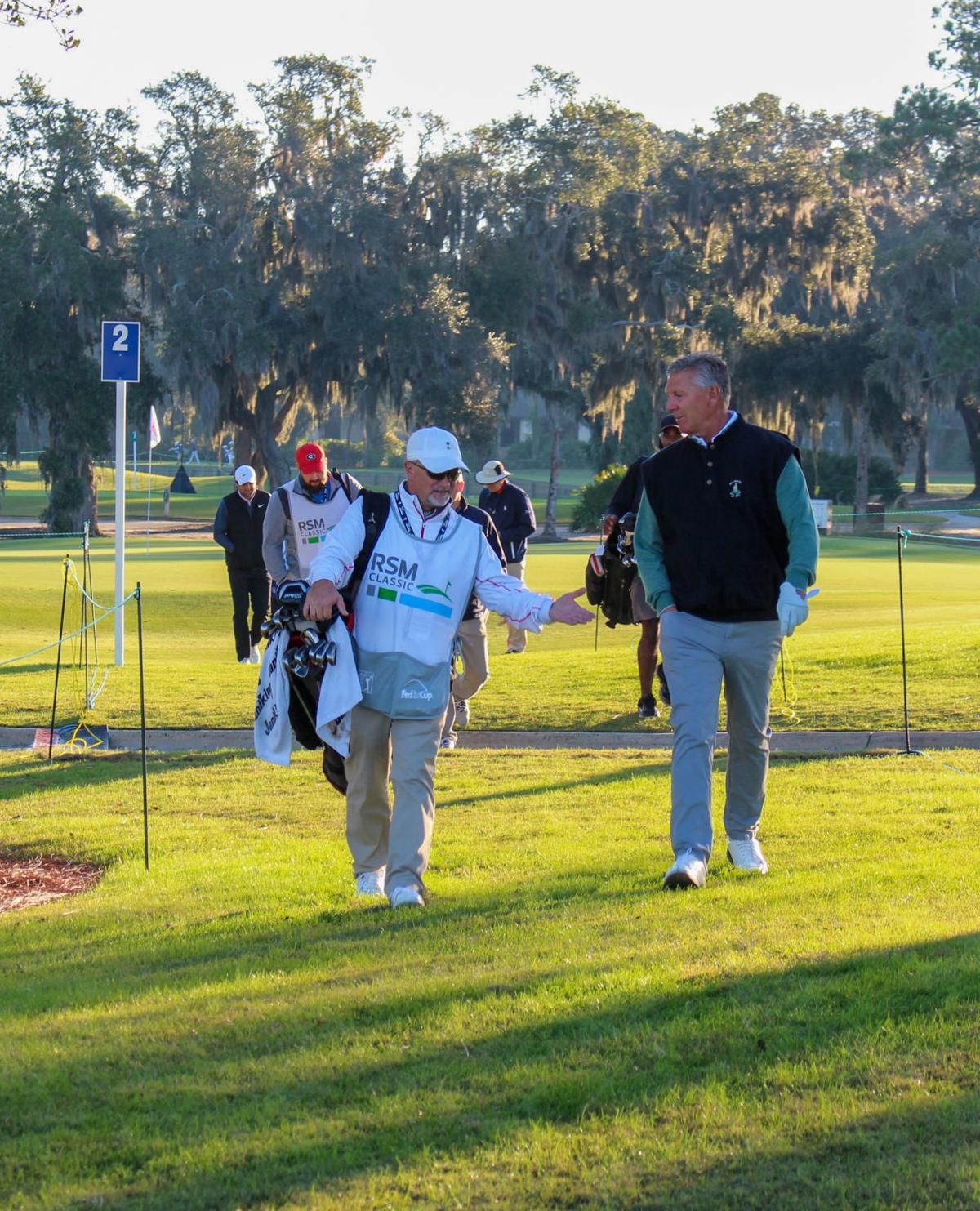 Caddie Matt Fulmer, left, chats with one of the golfers in the Pro-Am on Wednesday at Sea Island Golf Club. 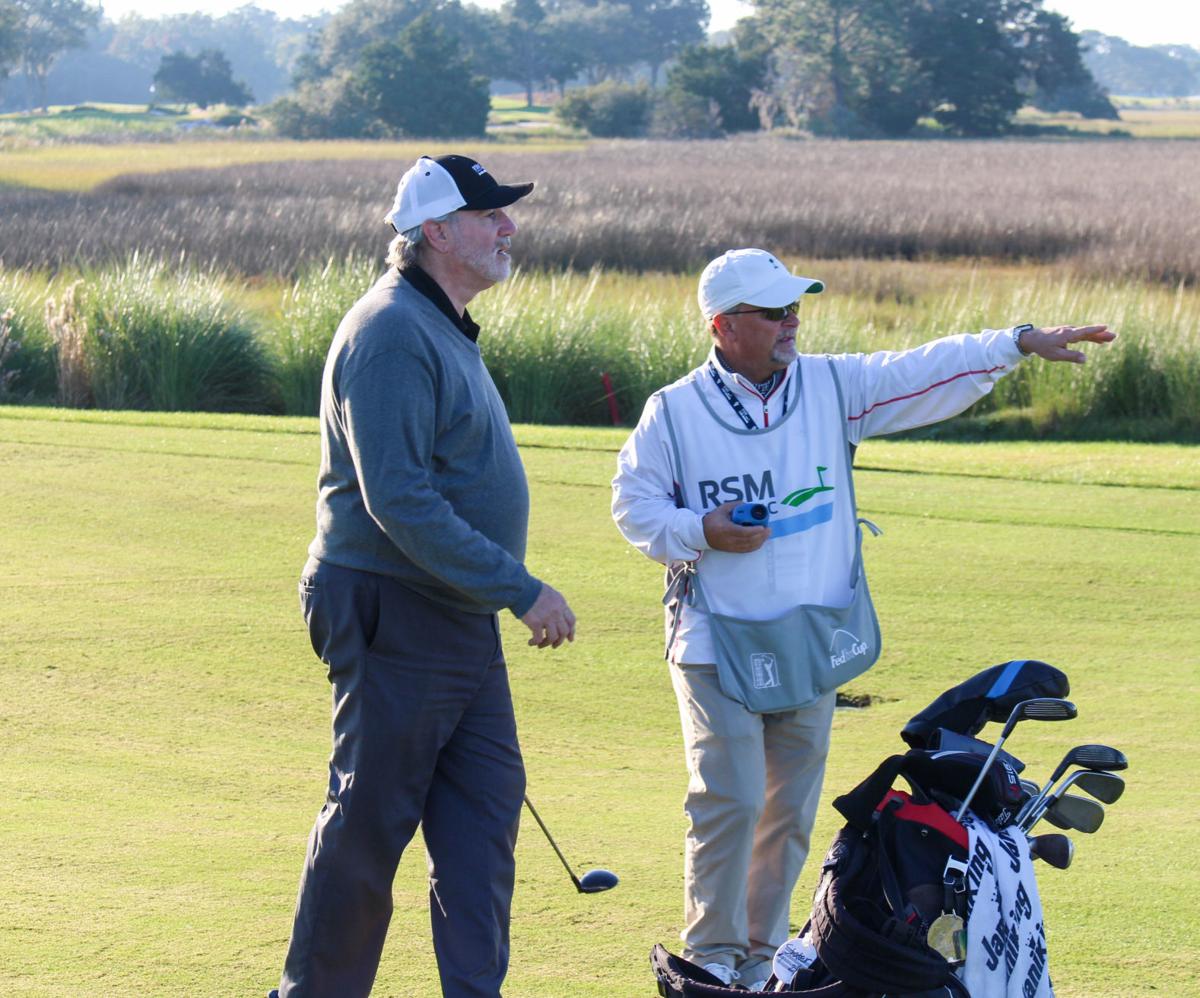 Matt Fulmer, right, and golfer Scott Slater, left, discuss what club to use during the Yamaha Pro-Am on Wednesday at Sea Island Golf Club. 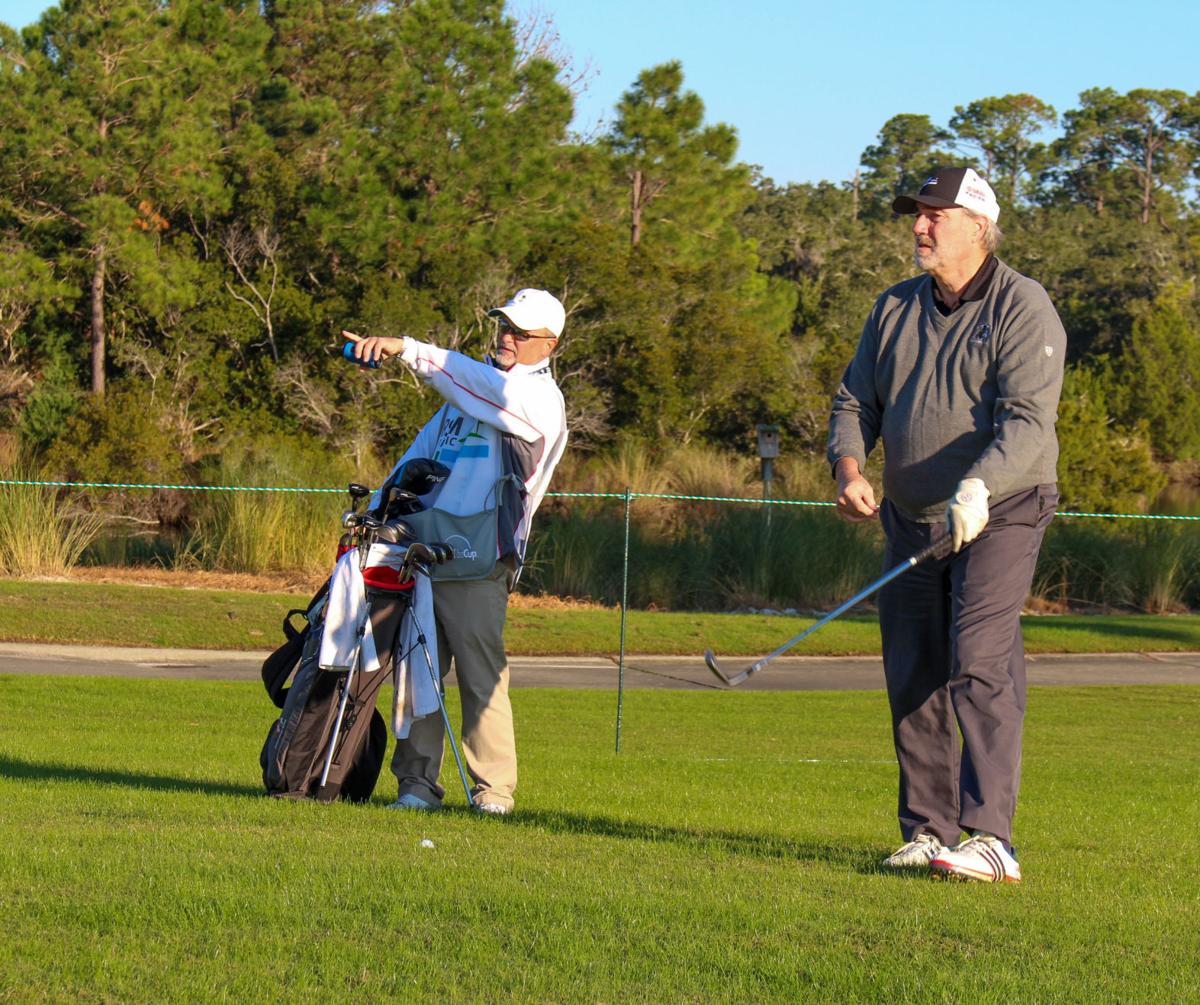 Augusta caddie Matt Fulmer, left, shows his player during the Pro-AM on Wednesday where he should aim his shot. 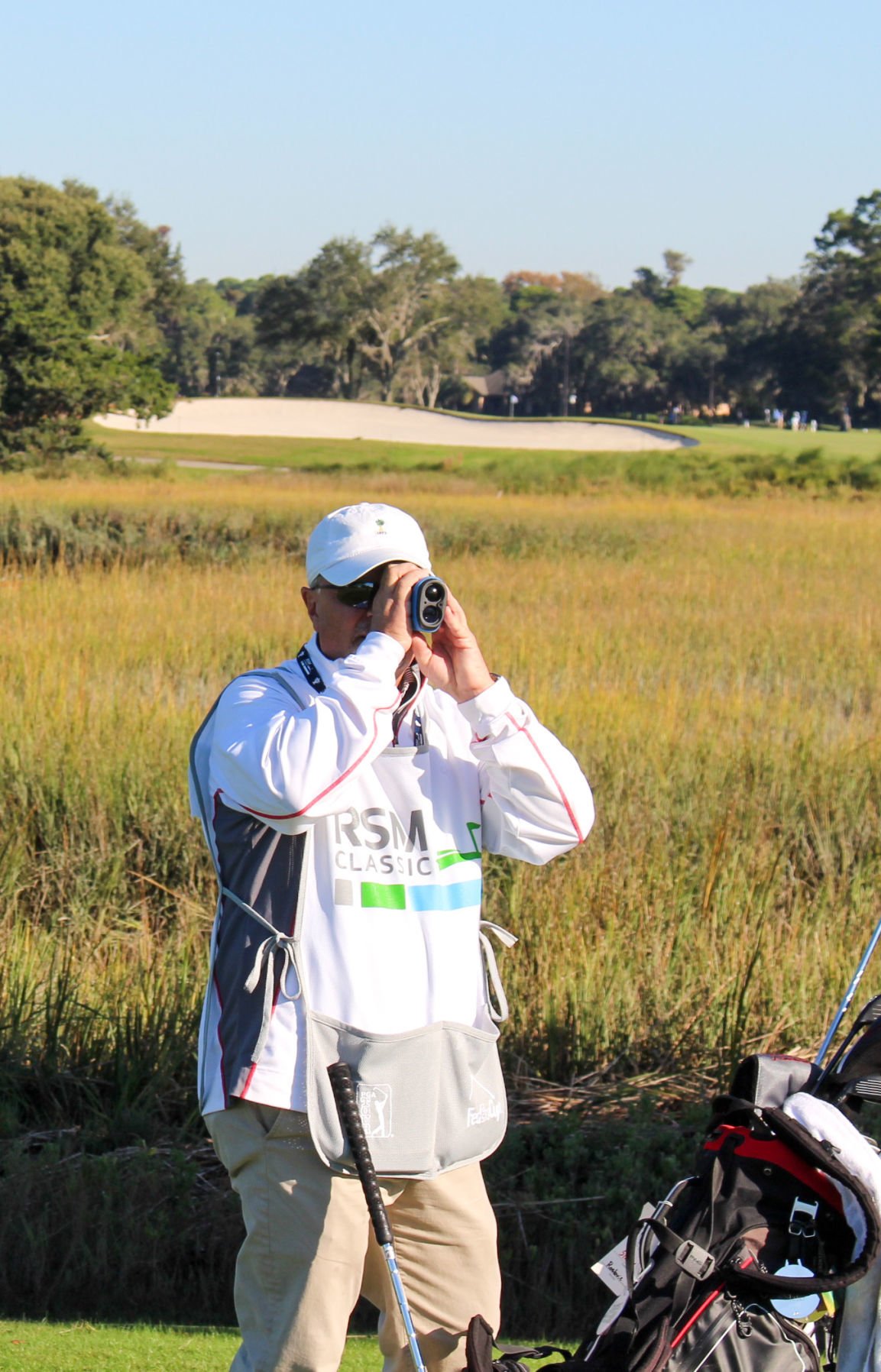 Augusta caddie Matt Fulmer sees how far his golfer has to the hole Wednesday during the Yamaha Pro-Am out at Sea Island Golf Club.

Caddie Matt Fulmer, left, chats with one of the golfers in the Pro-Am on Wednesday at Sea Island Golf Club.

Matt Fulmer, right, and golfer Scott Slater, left, discuss what club to use during the Yamaha Pro-Am on Wednesday at Sea Island Golf Club.

Augusta caddie Matt Fulmer, left, shows his player during the Pro-AM on Wednesday where he should aim his shot.

Augusta caddie Matt Fulmer sees how far his golfer has to the hole Wednesday during the Yamaha Pro-Am out at Sea Island Golf Club.

While the two courses out at Sea Island Golf Club aren’t at the same level as say Augusta National.

Matt Fulmer is a part-time caddie at Augusta National and Sage Valley in Graniteville, S.C., but chooses to come down to carry a bag during the RSM Classic Pro-Am each year.

It’s not getting to rub elbows with the PGA Tour players, because he knows a few of them already, but it’s more about being part of the game he loves.

Of course, getting to caddie for guys like Justin Timberlake, Mark Wahlberg, Dan Marino, Robert Kraft, and other celebrities is pretty impressive.

He also enjoys getting to carry a bag for folks who participate and help them improve their score and have fun playing golf.

Fulmer started caddying in 2003 at Augusta National so that he could play the course and enjoy those kinds of incentives. It escalated from there, and now he’s six years in with the RSM Classic, and Fulmer said he hopes to keep doing it for as long as he can.

He is one of the few golfers who can say that he rode a golf cart and played around at the National and does it every year. Fulmer got asked back in 2003 and said getting to play that course never gets old.

“So that’s the incentive,” Fulmer said. “It’s been a great ride. I cherish it and count it as a blessing to be able to do what I do.”

For six years, he’s carried a bag in at least the midweek Pro-Am but has also helped out in the RSM Qualifier as well. Fulmer did that this year as he toted a bag for a golfer out of Trussville, Ala., Sam Love on Monday.

On Wednesday, Fulmer was one of the caddies in a group of amatuers from Ohio. The pro that rounded out the foursome was Scottie Scheffler out of Texas.

From the first hole to the last, Fulmer was on his game and helped land a few shots that even made his player thank him.

“This is my sixth year, but I kind of lost track of time,” Fulmer said. “It never gets old. It’s been fun, so I keep my foot in the door for obvious reasons.”

What makes him keep returning to The RSM Classic every year? Fulmer says it’s the atmosphere, having connections with friends and of course, the caddy program he’s in at Augusta.

“This is probably as close as I’ll get to the tour, but it’s cool getting to meet a lot of people and be in the mix and be behind the ropes,” Fulmer said. “I think it’s somewhat family-oriented for the players, and I think the weather is always good for the most part. It’s that southern hospitality at its best. The players, caddies, everyone is treated really well in this tournament. It’s low key.”

Fulmer is not only is a part-time caddie but a licensed optician as well. He said that another reason he keeps returning is that he feels like it could be home one day.

“It’s the connection I have with Sea Island, and I can see myself living in St. Simons one day,” Fulmer said. “This is kind of the doppelgänger of Augusta, meaning I can work as an optician and still caddie part-time if I wanted to. I mean, it’s not the Augusta National, but this course is still beautiful, is prestige, and gets a lot of play.”

For most caddies, it seems like they’re either trying to get on the tour or they’re working for the money. For Fulmer, it’s more than that, which means the streak will continue.

“It’s not just an extra source of income, the caddie thing is in my blood, I love it,” Fulmer said. “It’s part of me. I’m a pretty decent golfer, but I’m a better caddie. It’s part of me, and it’s been a blessing and so glad it kind of fell into my lap.”