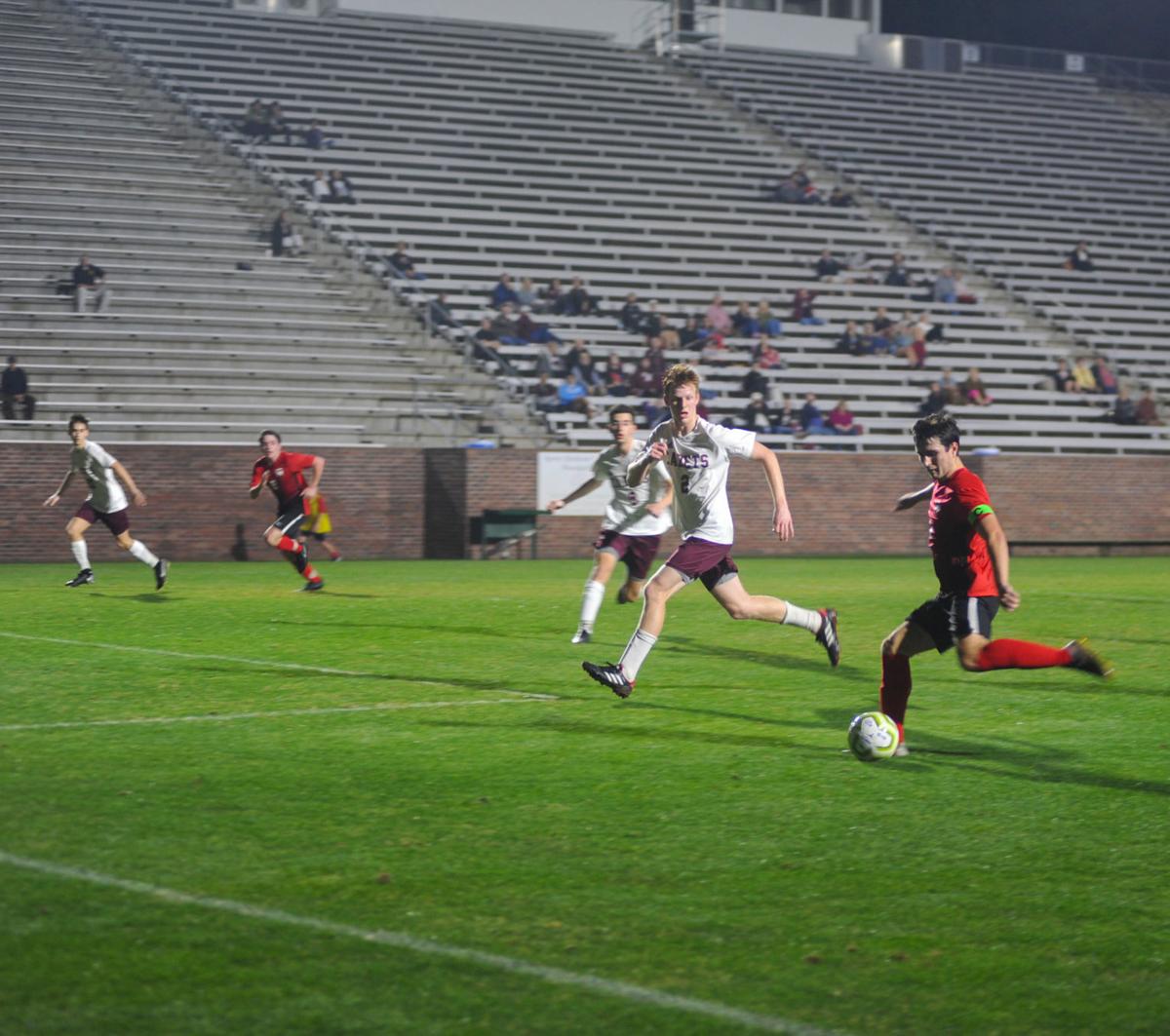 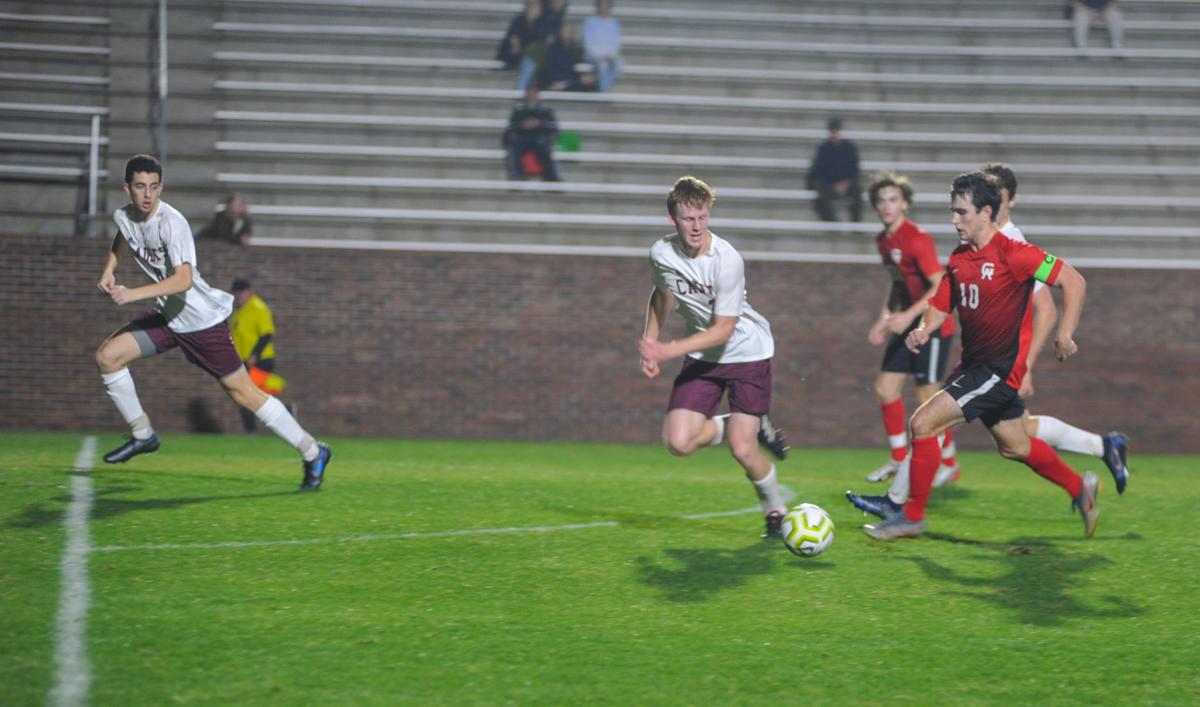 Glynn Academy’s Gray Sasser, right, takes the ball down the field to take a shot on Tuesday night. 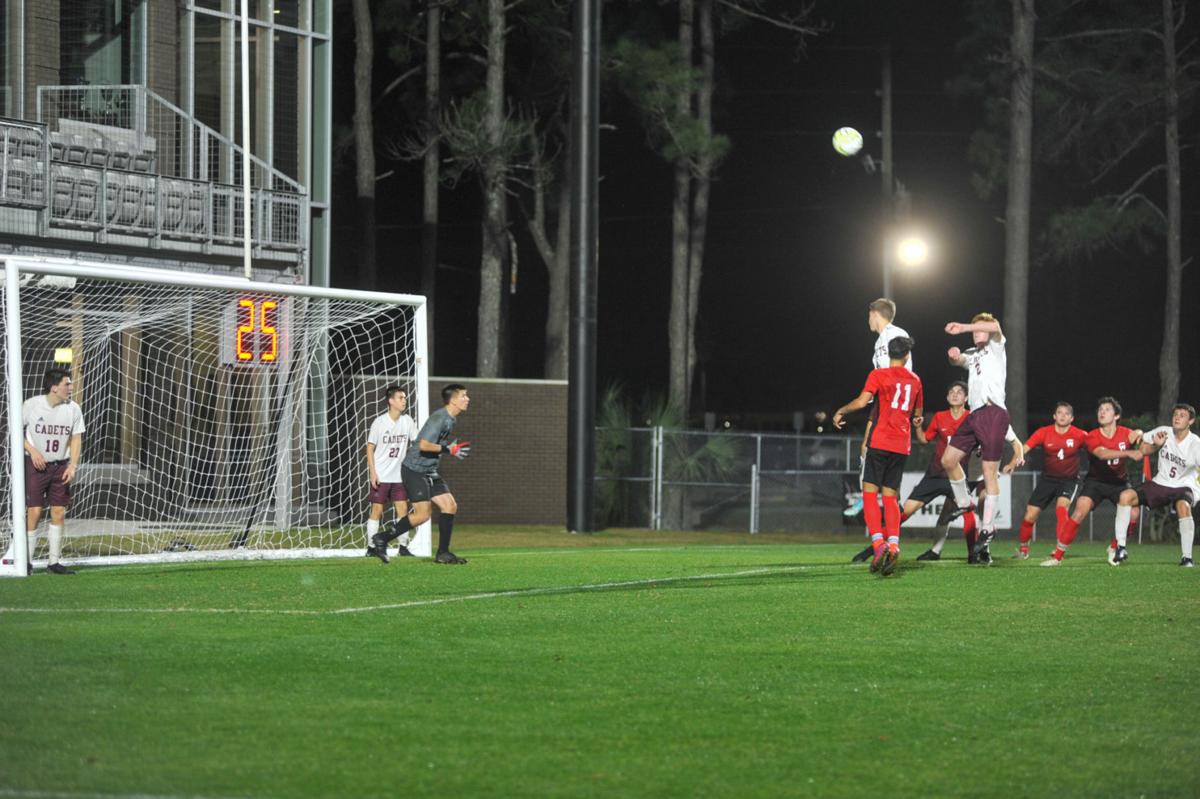 Glynn Academy soccer players go up for a ball against Benedictine on Tuesday. 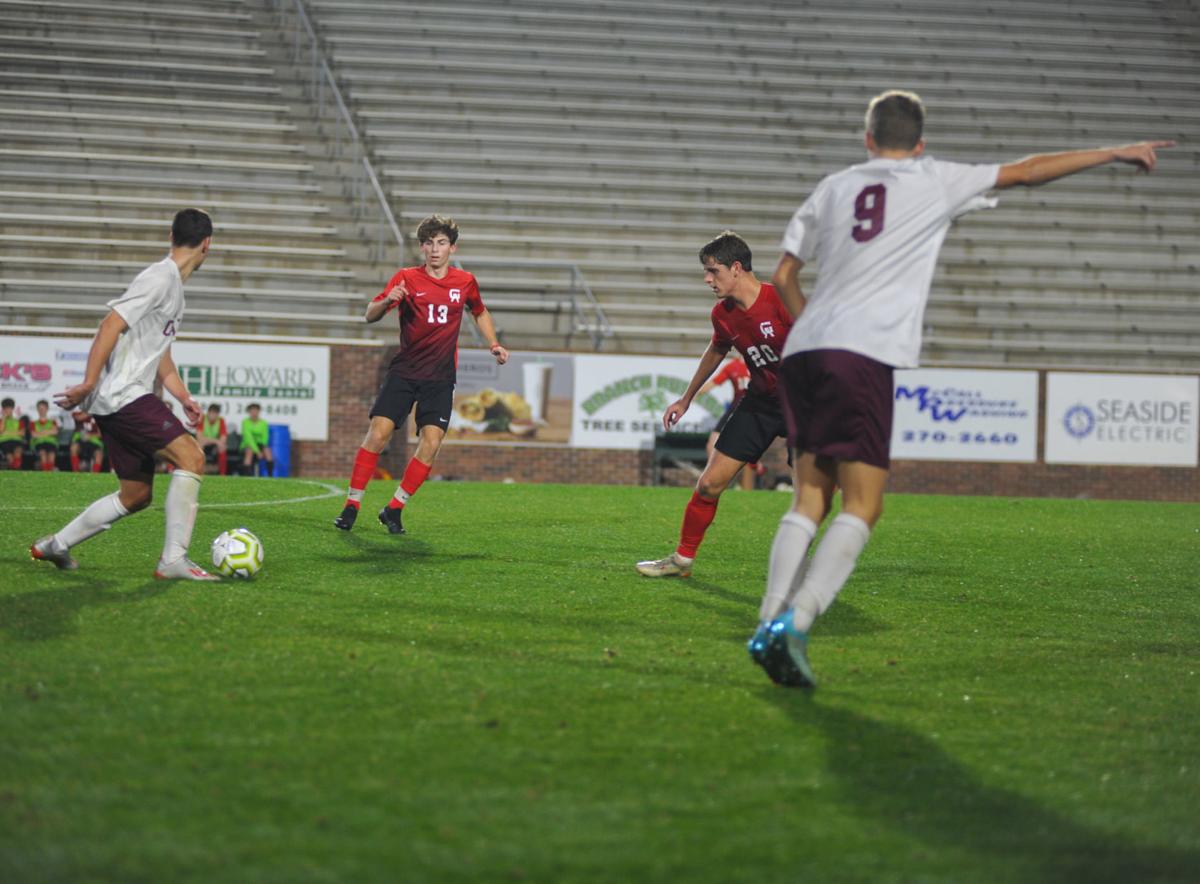 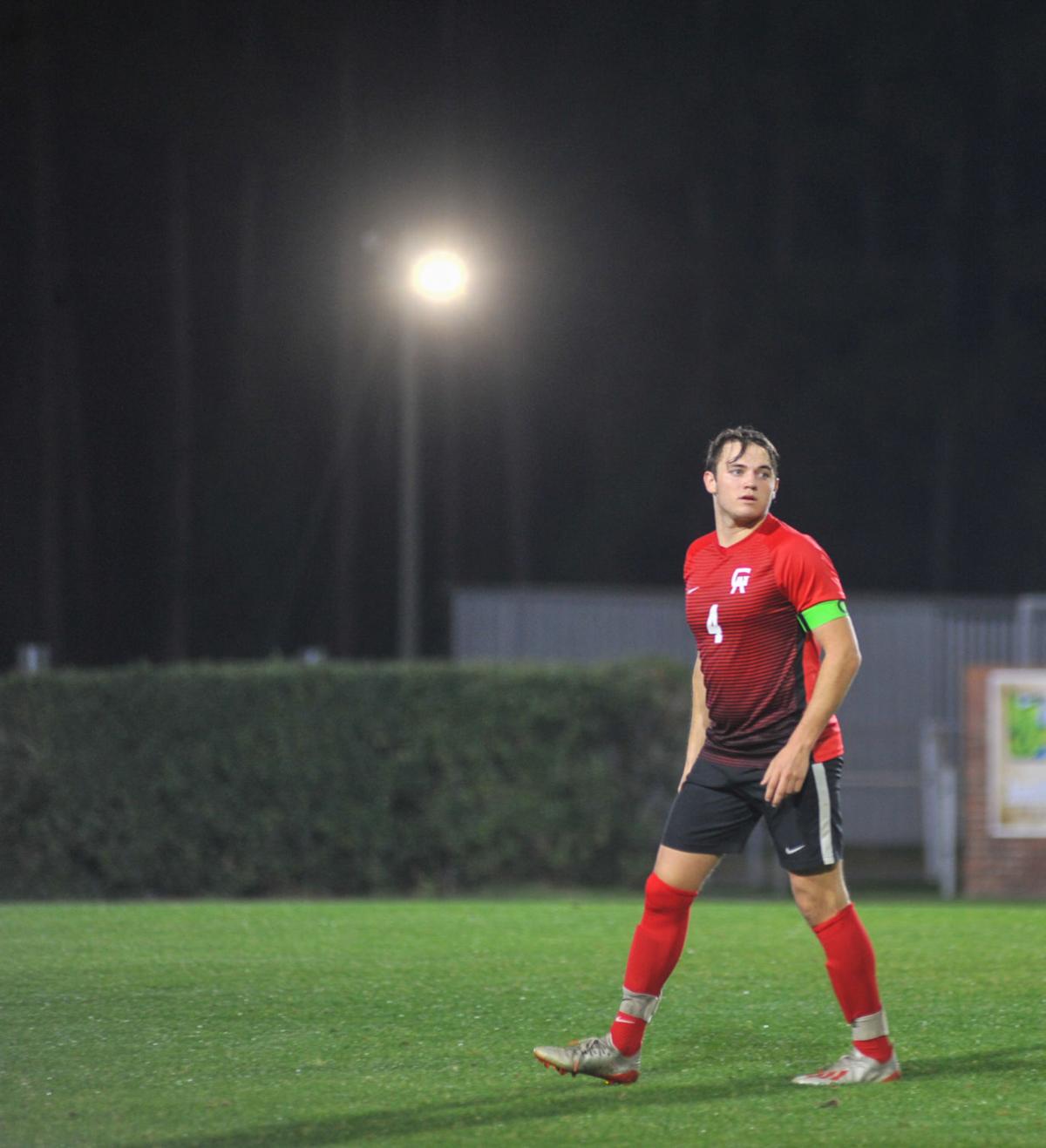 Glynn Academy’s Gray Sasser, right, takes the ball down the field to take a shot on Tuesday night.

Glynn Academy soccer players go up for a ball against Benedictine on Tuesday.

Glynn Academy’s boys soccer team earned their first shutout of the season as they defeated Benedictine 4-0 on Tuesday night.

The Terrors defense showed up against the Cadets and didn’t let them keep the ball much. Bennett Colbert didn’t allow anything by him on Tuesday night and had three huge saves in the second half to hold onto that shut out.

Offensively, there were four players that scored for Glynn Academy as the Terrors got plenty of looks. Coach Bobby Brockman said he felt like his team took advantage of the opportunities given to them against the Cadets.

“You’re never going to make all of them,” Brockman said. “That’s just soccer. It’s kind of like baseball— if you hit one for three, you’re an all-star. But I thought the chances we had created tonight, and we took advantage of them. Anytime you score four goals against a quality team, that’s a good result.”

The first goal made by the Terrors was by Jack Rowell off a Simon Van Boxel assist at the 29:48 mark.

Around four minutes later, Van Boxel got his own goal off a Joel Preston assist.

The two teams would remain scoreless the rest of the first half as both defenses kept the pressure on each other.

Glynn came out strong in the second half as Lucas Acevedo got one past the Cadets’ goalie at the 29-minute mark with Gray Sasser providing him the assist.

Sasser scored the final goal of the game with 6:43 left in the match off Preston’s assist. It was his second of the night.

The Terrors defense had to make sure they kept it together as the game went on because Benedictine continued to press. However, Colbert looked to be on a mission and refused to let anything past him.

Last season, The Terrors defeated the Cadets 3-1. Benedictine went onto play in the final four, so Brockman was proud of his guys for shutting them out on Tuesday.

“It was a tremendous team effort, and the energy was great,” Brockman said. “I thought we played quality soccer. That team made the final four last year, and they were a good quality team from Savannah, so to get a shut out was really impressive.

Glynn Academy is now 2-0-1 on the season and will open up region play against Effingham County on Feb. 18 with their game set for 7 p.m. after the girls take the field first.

The Lebanese-American poet Kahlil Gibran once wrote, “beauty is not… Read more