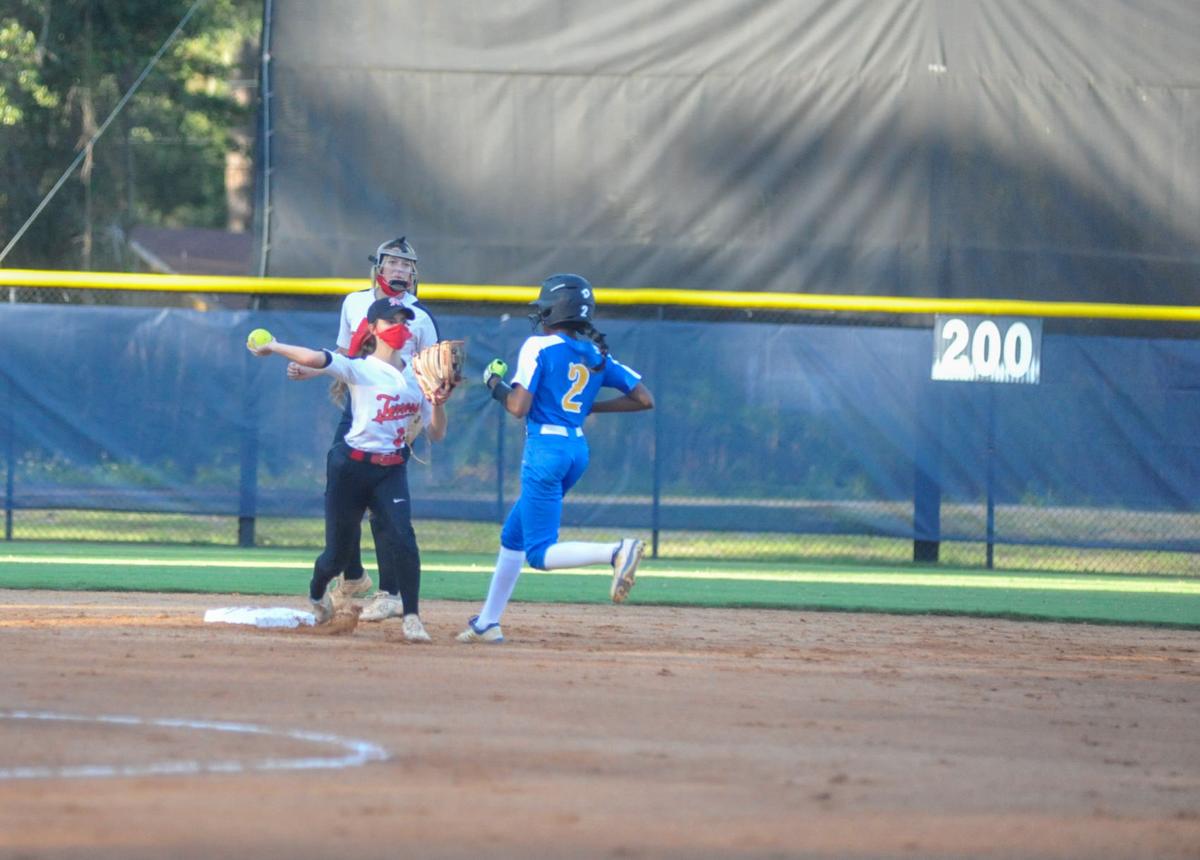 Anna Lee Mancil, left, throws out Kalyn Harris, right, at second base during the game on Tuesday. 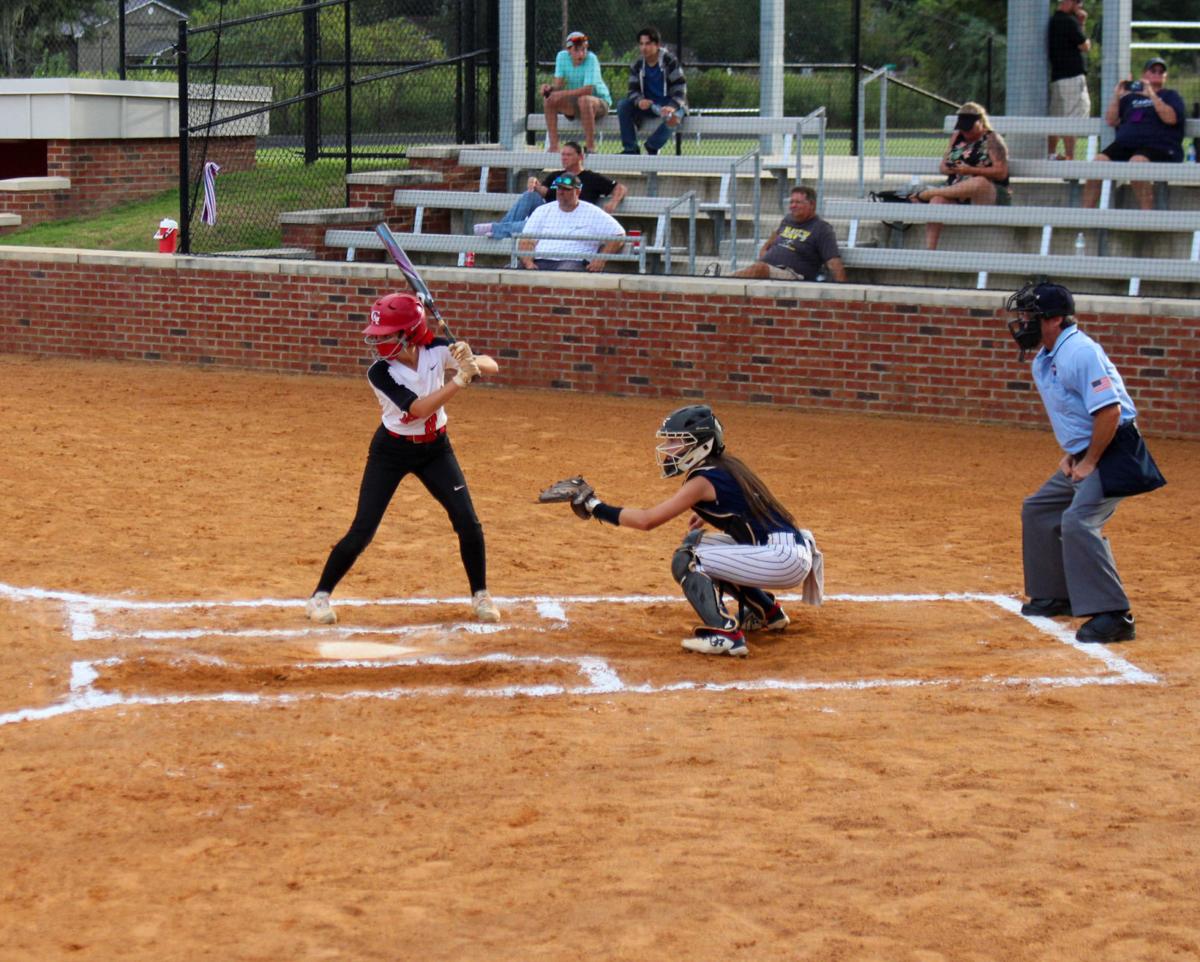 Anna Lee Mancil waits for her pitch against Camden. 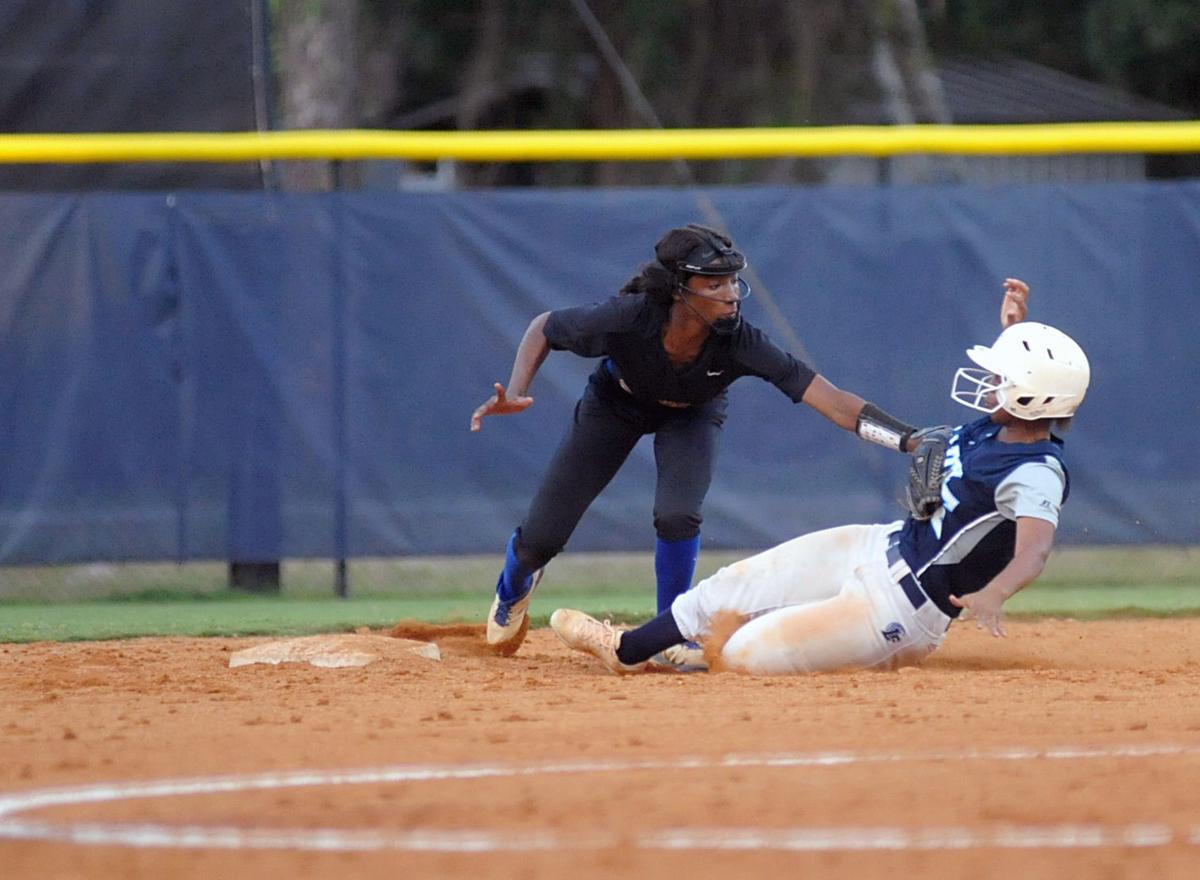 Brunswick High senior Kalyn Harris tags out a Long County runner at second base on the Pirates’ senior night. 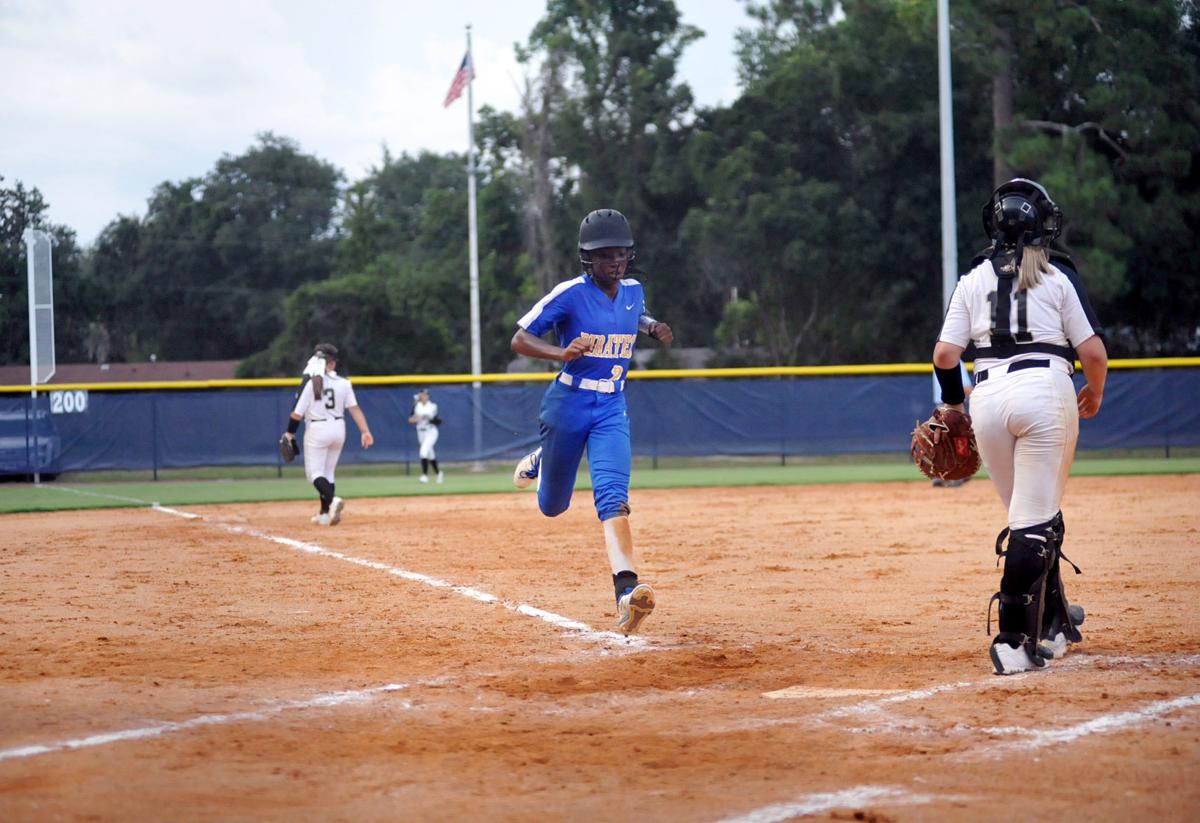 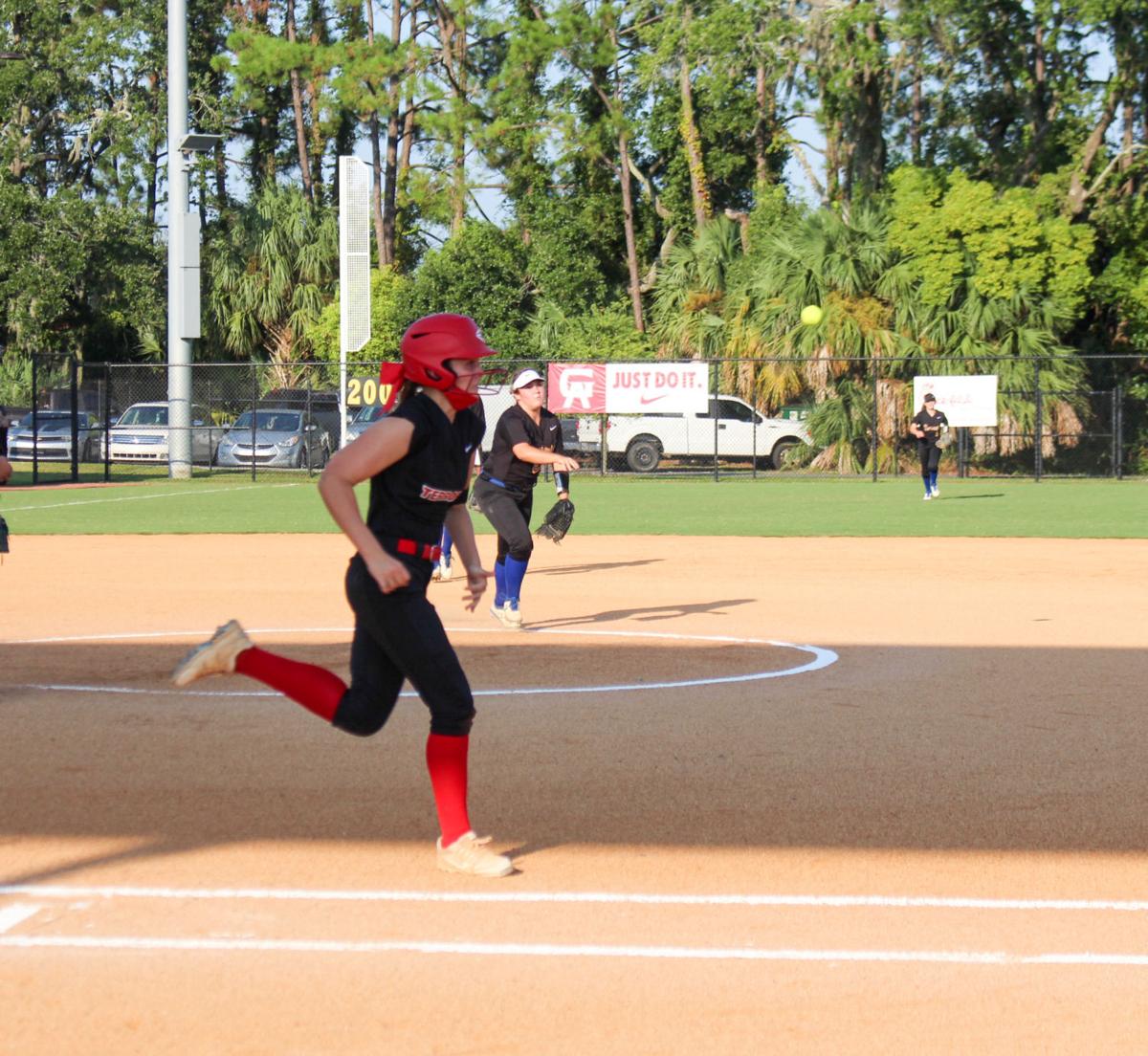 Raelyn DePratter throws out Madysen Wilborn at first base on Tuesay. 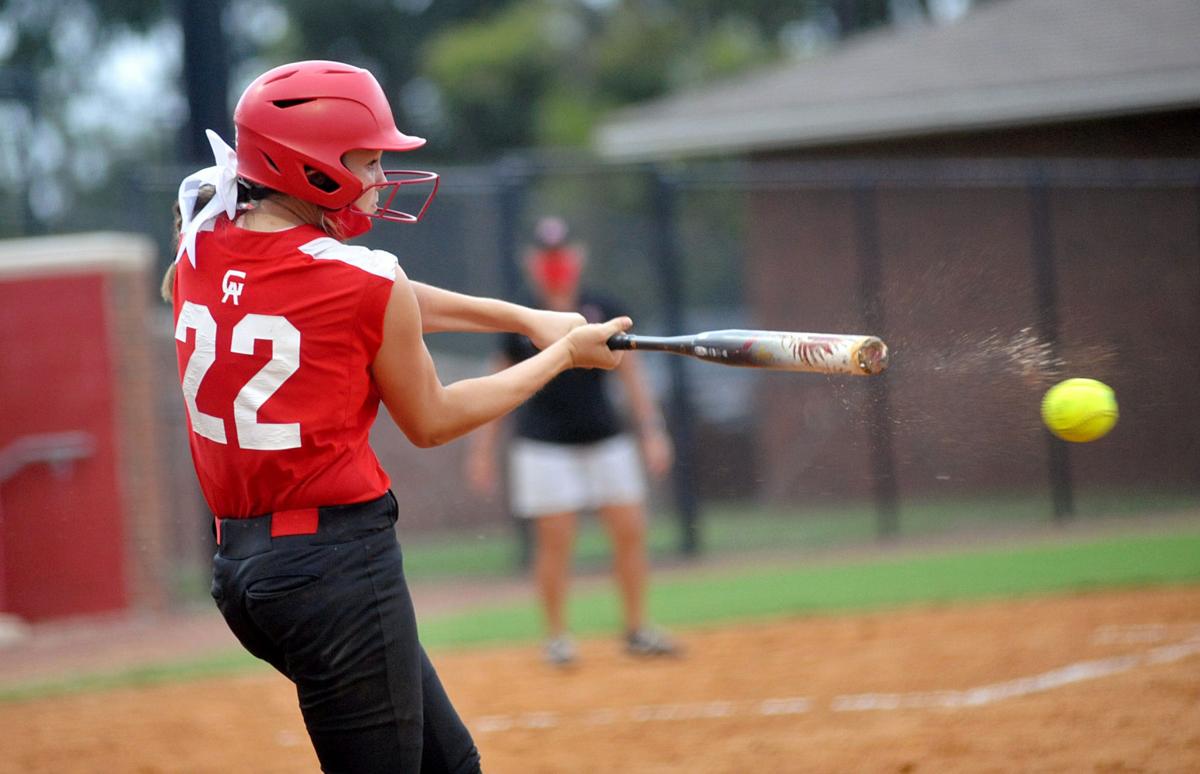 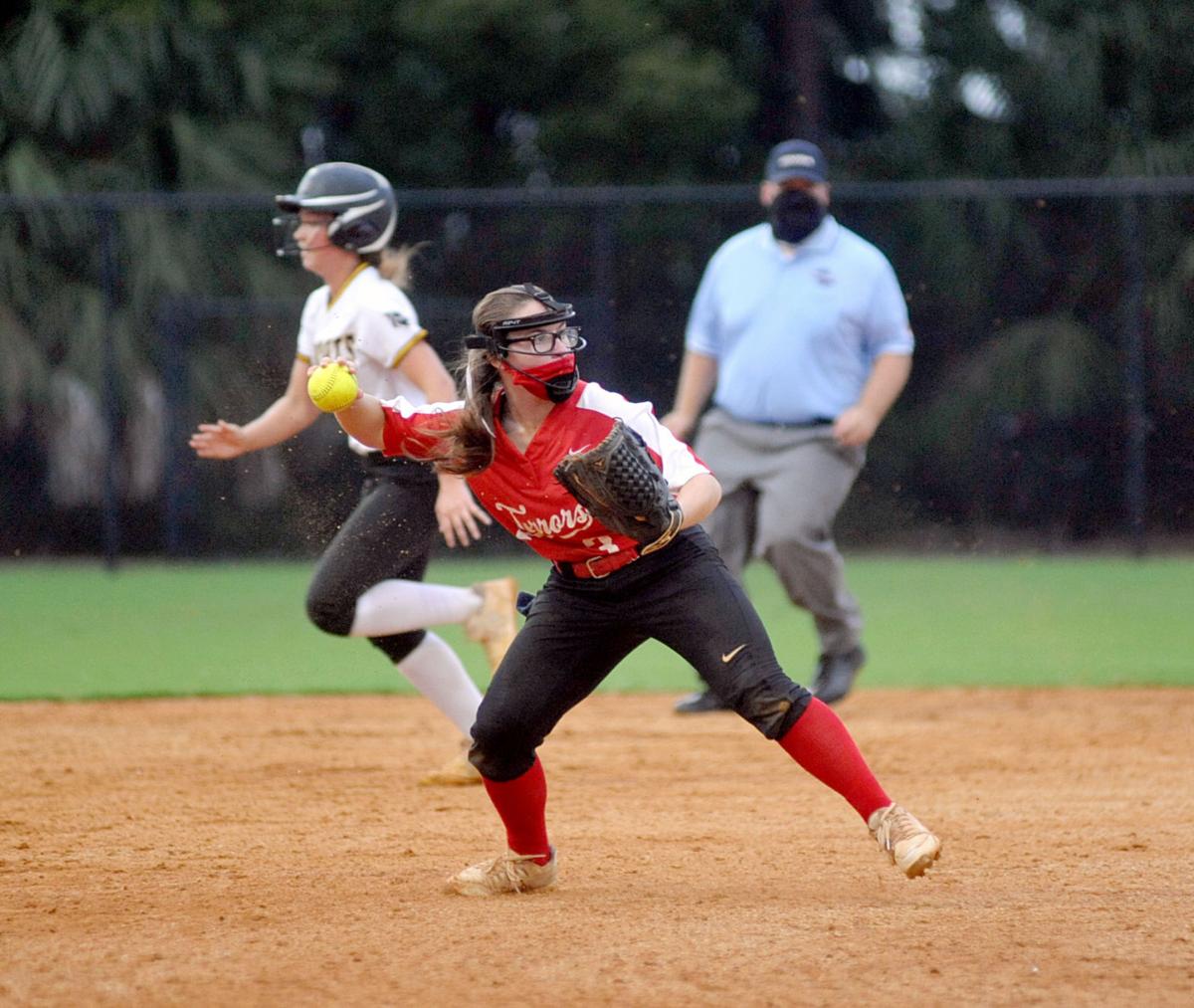 Glynn Academy's Katie Wagner prepares to throw to first after fielding a ground ball against Richmond Hill on Monday. 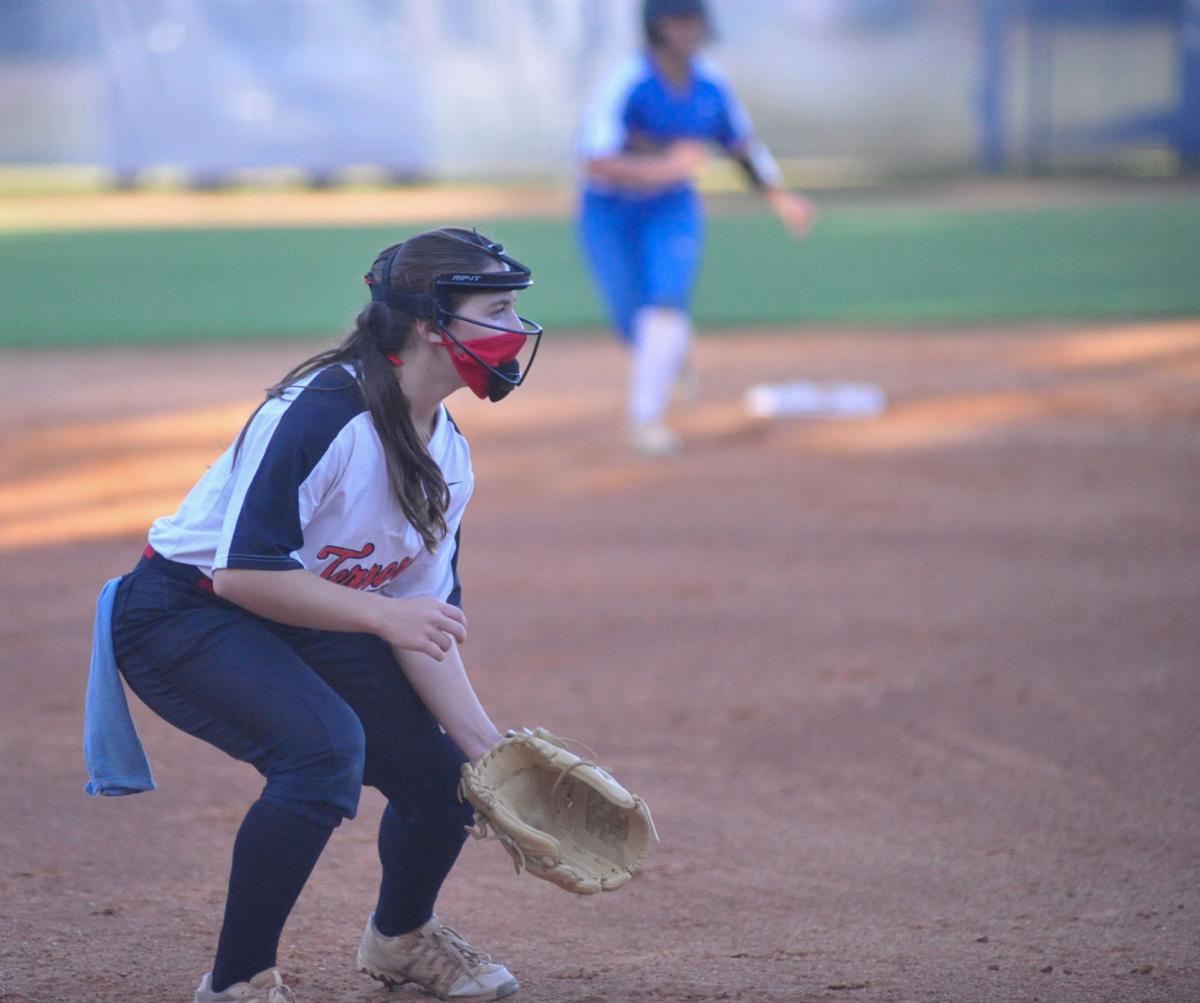 Katie Wagner gets ready to make a defensive play on Tuesday against Brunswick.

Anna Lee Mancil, left, throws out Kalyn Harris, right, at second base during the game on Tuesday.

Anna Lee Mancil waits for her pitch against Camden.

Brunswick High senior Kalyn Harris tags out a Long County runner at second base on the Pirates’ senior night.

Raelyn DePratter throws out Madysen Wilborn at first base on Tuesay.

Glynn Academy's Katie Wagner prepares to throw to first after fielding a ground ball against Richmond Hill on Monday.

Katie Wagner gets ready to make a defensive play on Tuesday against Brunswick.

The 2020 all-region softball teams have been announced with Brunswick High and Glynn Academy players making the cut.

Glynn Academy had three earn first-team all-region as Anna Lee Mancil, Katie Wagner and Maddie Wilborn all landed on the list. Mancil and Wagner earned spots in the infield and Wilborn as a utility player.

The Terrors made it to the second round of the state playoffs but fell to Houston County in a sudden-death third game 9-4.

All four girls had strong years for their teams. The three for Glynn Academy always seemed to be reasons they won close games throughout the season, and Harris was a strong leader for the Lady Pirates — helping them earn some victories.

“I chose Kalyn for the same reason I always choose Kalyn — she embodies everything that I want my program to be about,” Bailey said. “She works hard. She’s a good kid. She does what she’s supposed to do on and off the field — that’s why I nominated her, and her stats were really good.”

In region play, Harris led the Lady Pirates with a .433 batting average, recording 13 hits out of 30 opportunities. Defensively her fielding percentage was .902 as she had just four errors out of 41 attempts.

When the Lady Pirates needed her, Bailey said she stepped up and did it for them.

“She’s willing to do whatever it takes for the team,” Bailey said. “Kalyn is naturally an outfielder. This year we needed an upperclassman to step up and play shortstop, and she was able to get that done for us.”

The same could be said for the three all-region players for Glynn Academy. During the meetings, coach Dawn Ketcham said that multiple coaches talked about their hustle and had to choose the all-region.

“Well, not just those three, but the whole team during the entire season, the way they fought through every win that we had. The three that we were able to get onto the first team all-region — very proud of them. They came through clutch both offensively and defensively. I was most proud of that. They were recognized just when I brought their names up during our meetings. They’re like, Oh, that’s your third baseman, that’s your first baseman, that’s your shortstop? Oh, yeah, we’re really impressed with them, so I was proud of that.”

“I put all of my girls up because I thought they all did extremely well in their given positions,” Ketcham said. “The group of coaches that talk about it, they look at all the girls’ stats. Not just defensive stats — they’re looking at infielders and outfielders, but offensive stats also.”

Offensively, Mancil finished the region play with 16 stolen bases and batted 447. On the whole season, Ketcham said she had around 32 stolen bases. Wagner finished region play batting .382 and Wilborn with .350.

However, what Ketcham said she was most proud of them for was their grit and tenacity on the field.

“They would remember them by positions because of the hustle and the plays that they were making, even though when it came down to it, their stats might not have been the best stats, but they were noticing their hustle,” Ketcham said. “And that’s what meant a great deal to me. They were making a difference on the field with their body language and their attitude.”