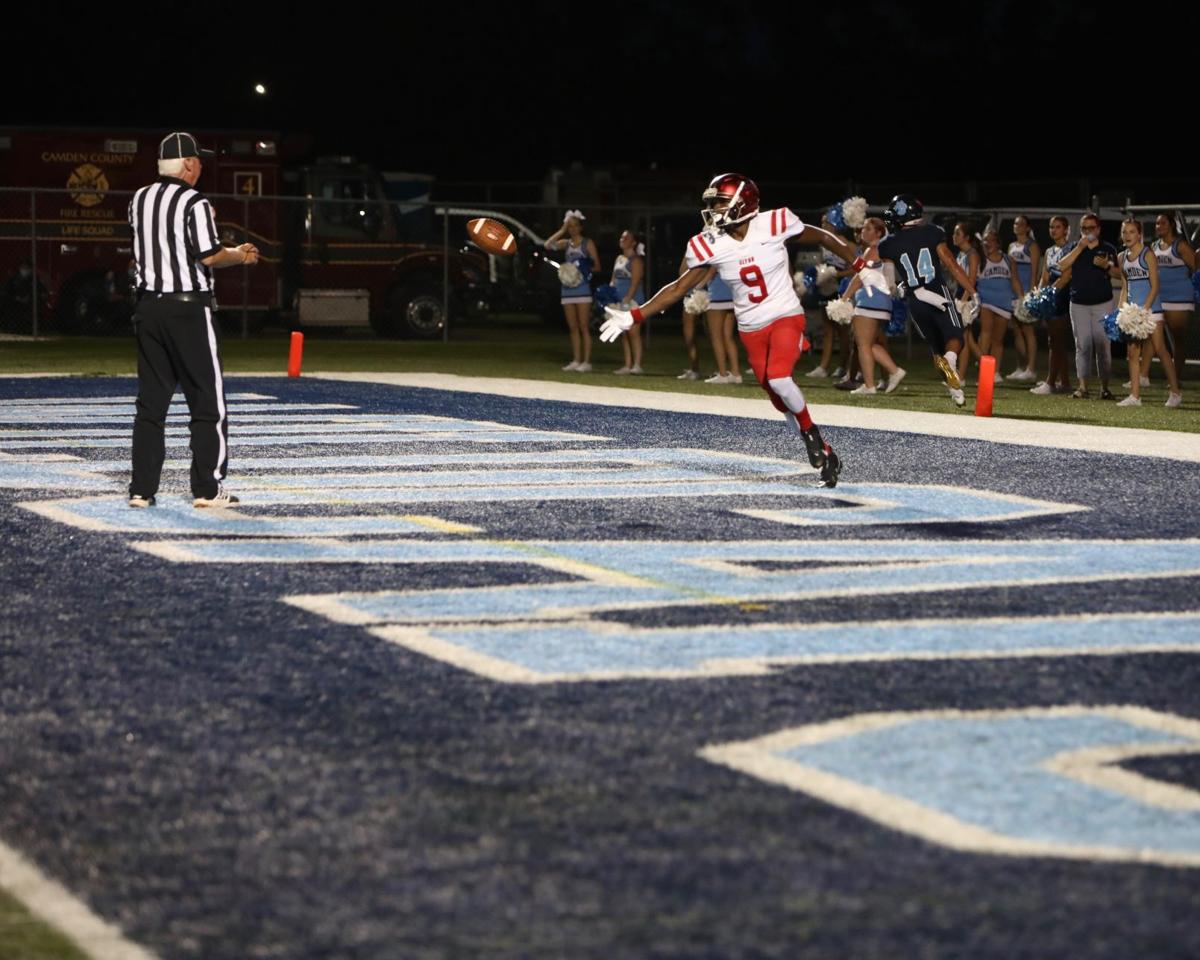 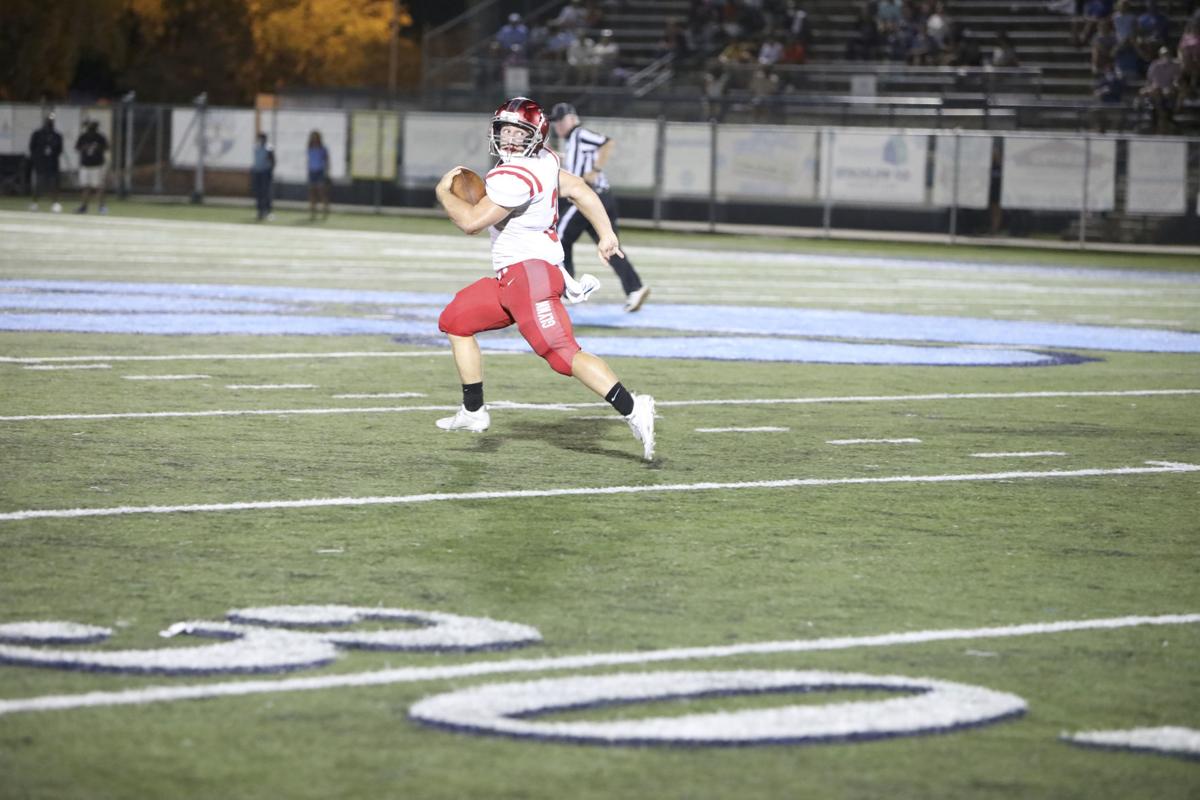 Caden Hutchinson breaks free for an 80 + yard Touch Down run late in the first half against Camden County. 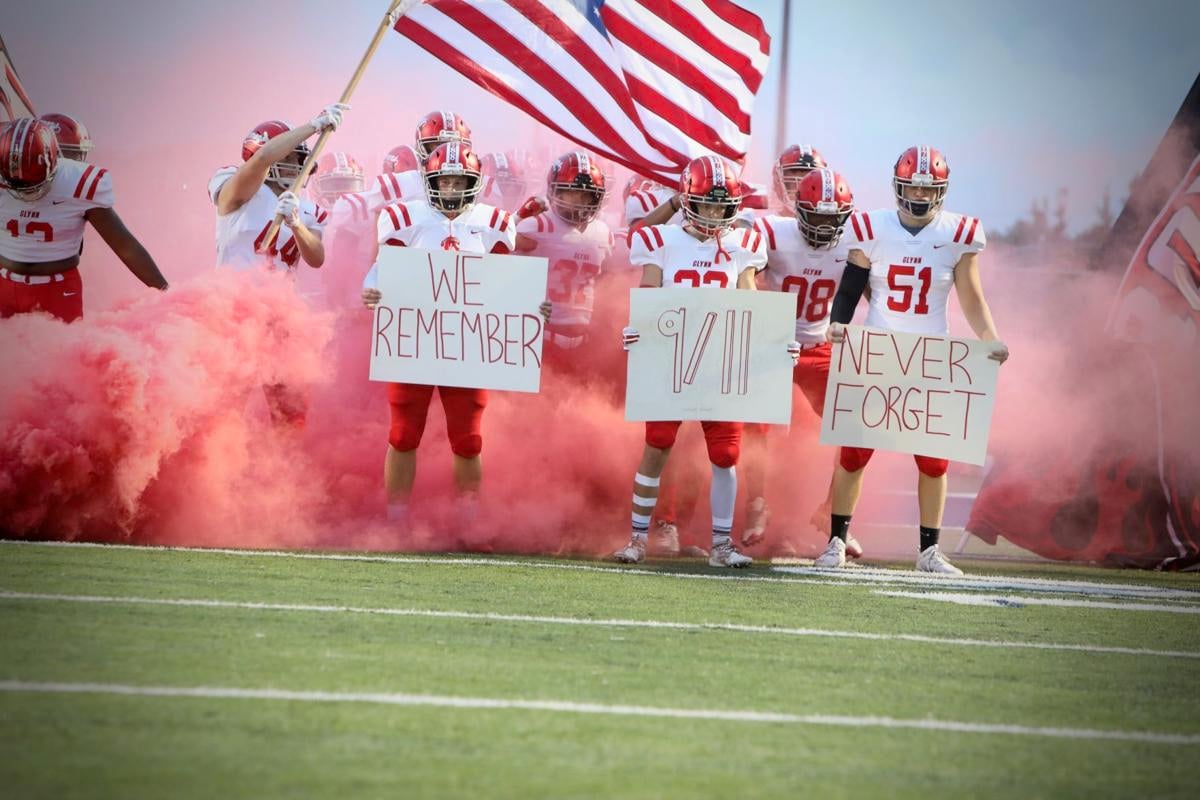 Glynn Academy players honor 9/11 heroes during the run through at the Camden County game.

Caden Hutchinson breaks free for an 80 + yard Touch Down run late in the first half against Camden County.

Glynn Academy players honor 9/11 heroes during the run through at the Camden County game.

The Glynn Academy Red Terrors could not overcome mistakes including bad snaps and two costly interceptions in their 31-14 loss Friday to Camden County.

The Wildcats got on the scoreboard the first play of the game on a 67-yard touchdown pass from sophomore quarterback Josh Brown to Semaj Parker for an early 7-0 lead.

The Terrors’s first drive was plagued by fumbled snaps to force them to punt from their own four-yard line. Both teams traded several possessions before the Terrors got on the scoreboard on a 28-yard touchdown pass by T.J. Lewis to D’Marion Hayes to tie the score at 7-7 at the end of the first quarter.

Camden was driving down the field when Greg West intercepted the ball on the four-yard line. Two plays later, Caden Hutchinson ran 94 yards for a touchdown and a 14-7 Glynn Academy lead midway into the second period.

The Wildcats responded with a little more than a minute remaining in the half on a 60-yard touchdown pass from Brown to Deonte Cole to tie the game at 14 to end the second quarter.

After missing a field goal early in the third quarter, the Wildcats regained the lead on a short field goal for a 17-14 lead.

Late in the third quarter, Camden’s defense came through when Keith Giddens intercepted a Lewis pass, but the Wildcates were unable to put any points on the board after the Terrors’ mistake.

Early in the fourth quarter, Giddens intercepted another pass, which led to a Camden touchdown on a one-yard run by Brown for a 24-14 Wildcats lead.

Camden was forced to punt later in the quarter, but Ethan Petiote recovered the fumbled kick on the 12-yard line. Four plays later, Jaden Daily scored on a three-yard run for a 31-14 lead with less than a minute remaining in the game.

Terrors’ coach Rocky Hidalgo told his players the final score was not an indication of how close the game actually was.

“The best players I know have nights like this,” he said. “We’ve got to have short memories.”

He told his players “it’s time to grow up” and get back to work on Monday.

Camden coach Bob Sphire said his team made plenty of mistakes despite the score. He said both teams are still trying to establish an identity, which is more challenging than normal because of the restrictions because of COVID-19.

“It’s exciting getting these kids to play,” he said. “It’s probably pretty ugly football everywhere. We’re both figuring out what we have right now.”