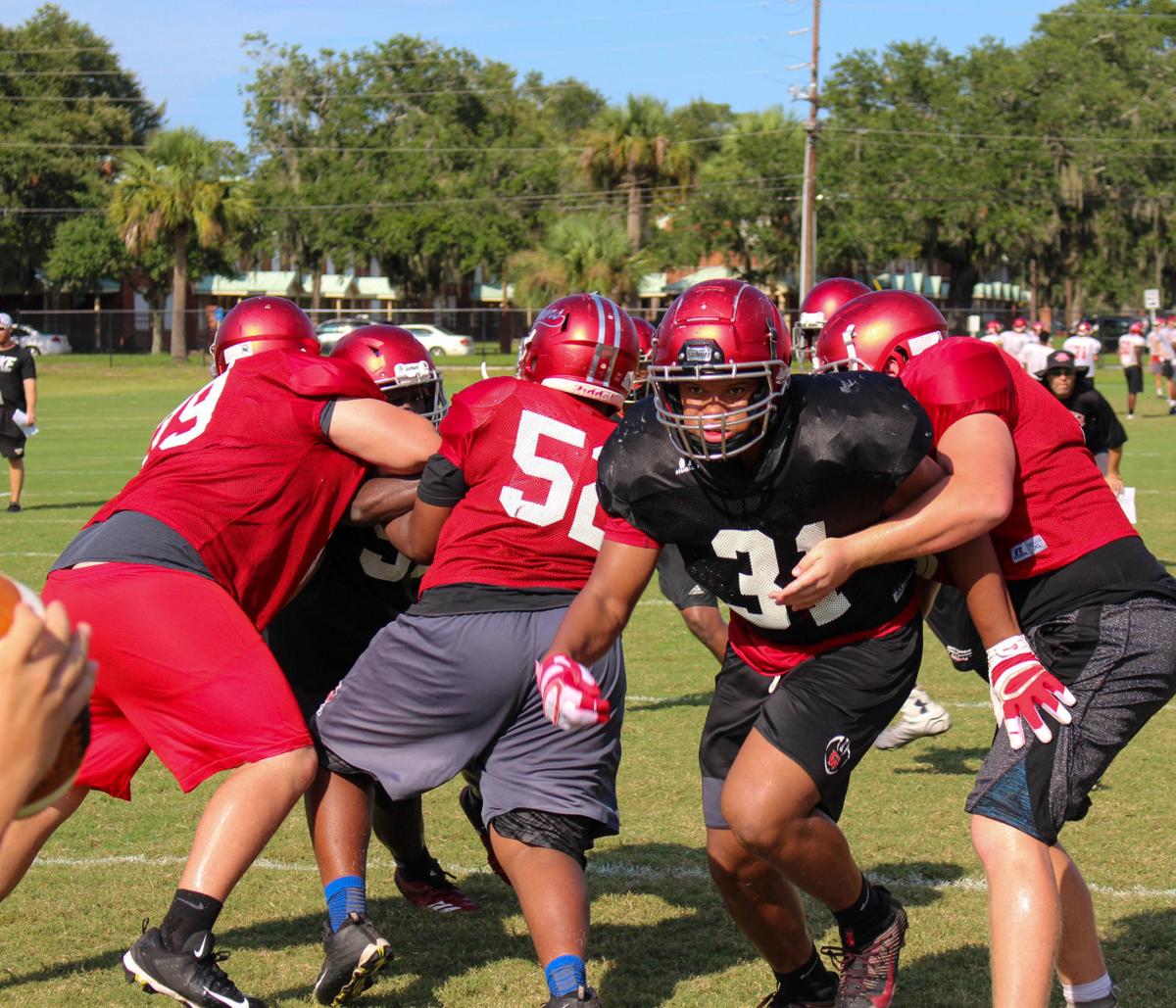 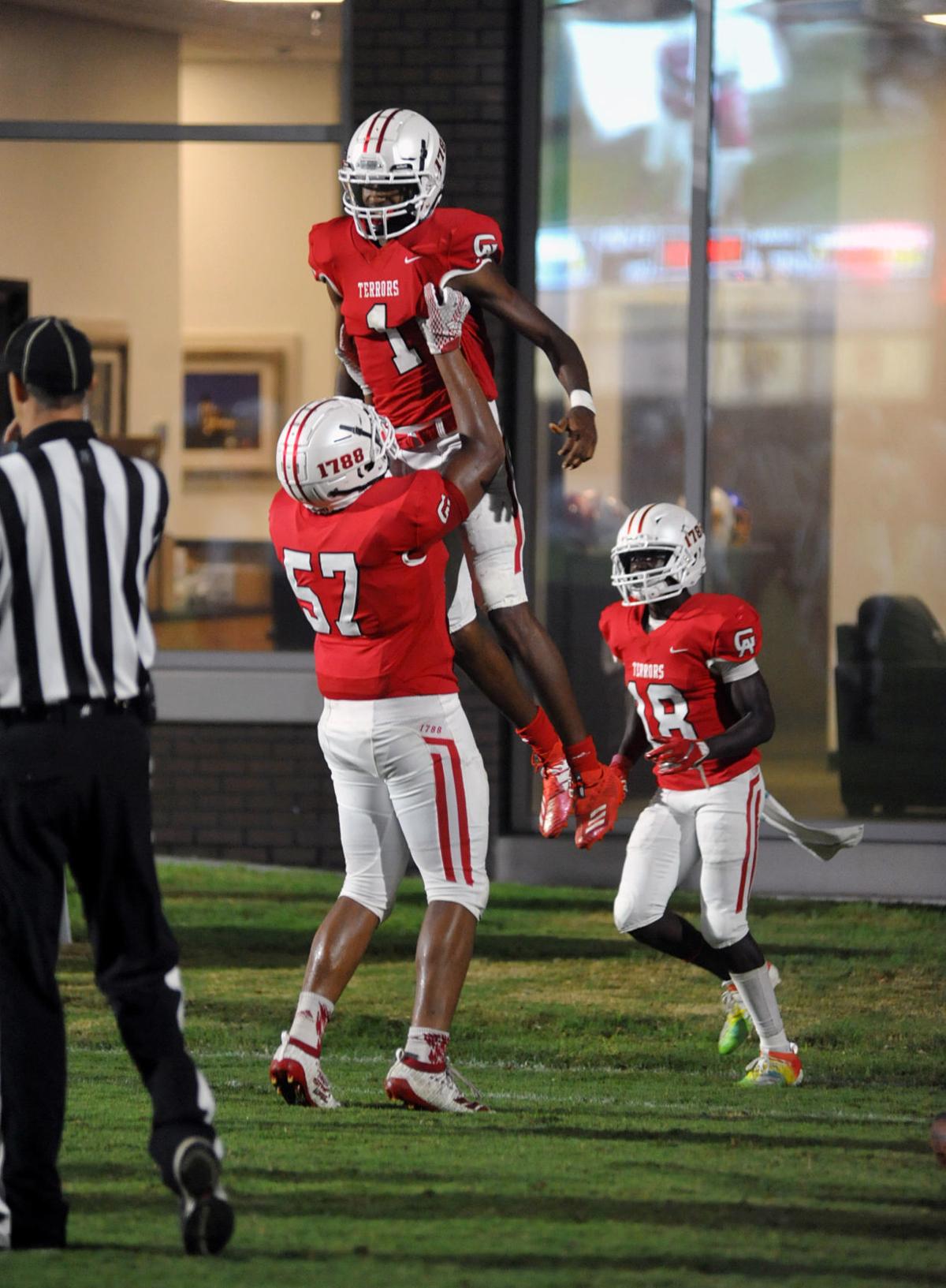 Glynn Academy’s TJ Lewis is lifted by Jordan Swain as he celebrates his touchdown run against Wayne County at Glynn County Stadium. 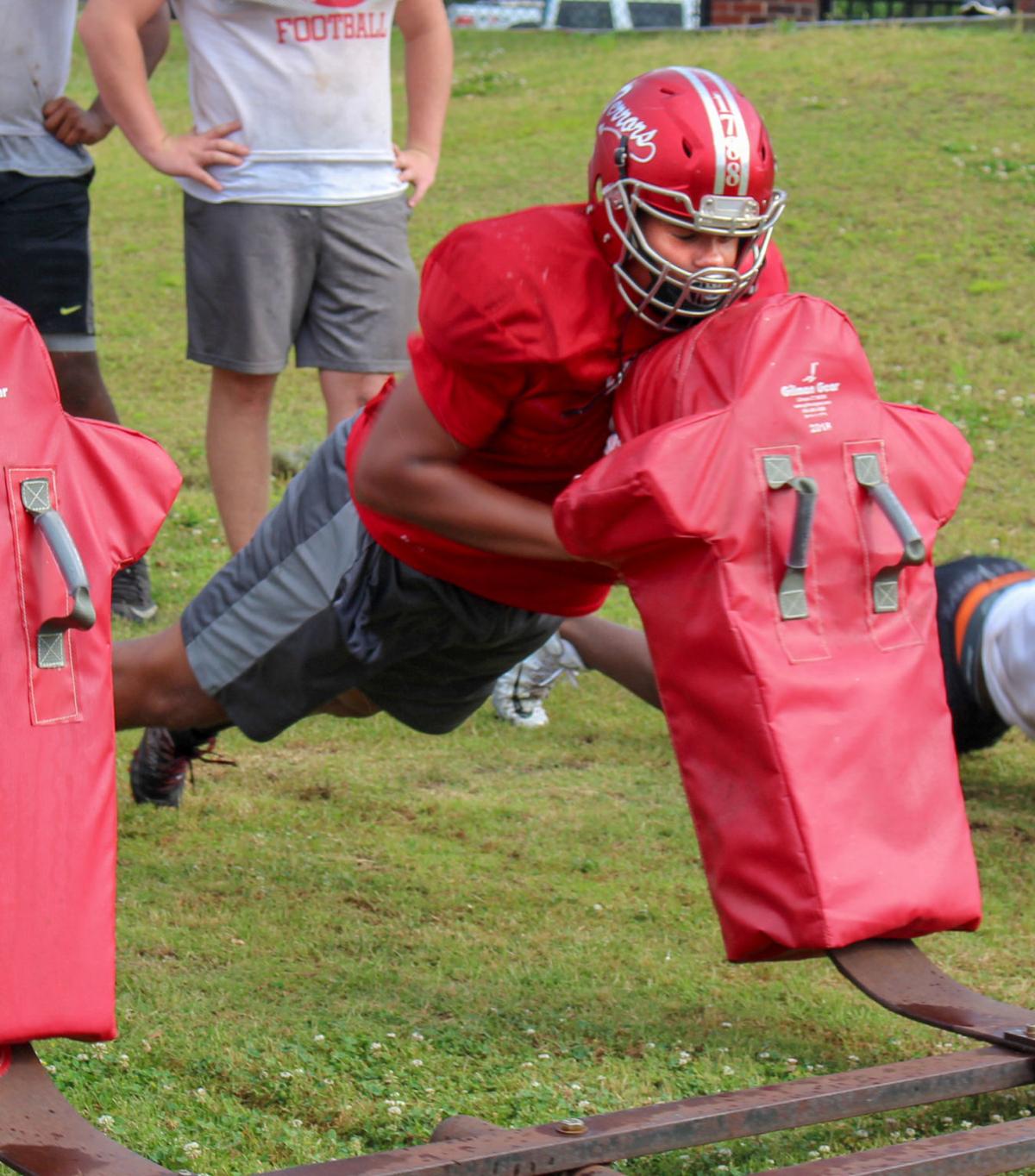 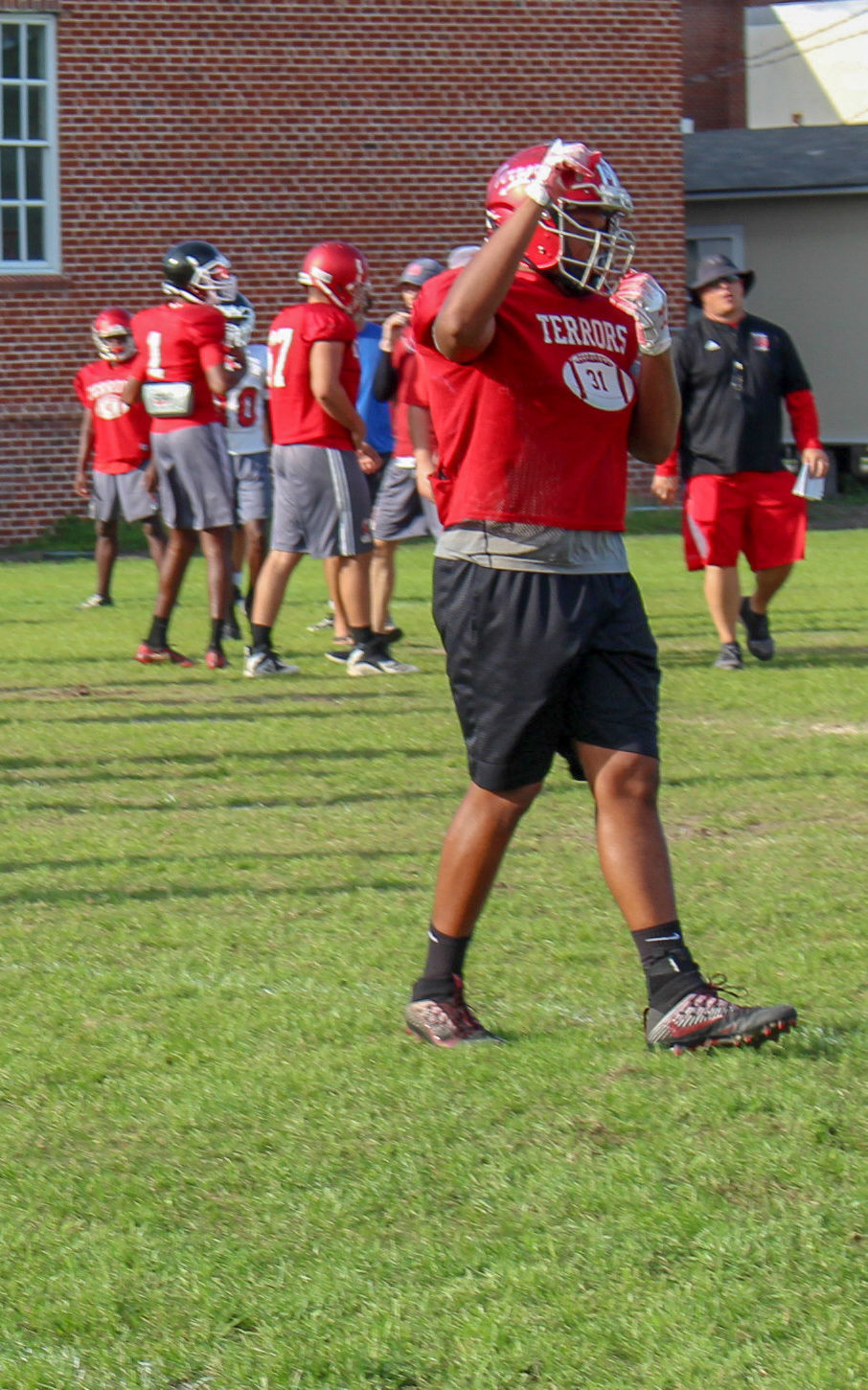 Glynn Academy’s TJ Lewis is lifted by Jordan Swain as he celebrates his touchdown run against Wayne County at Glynn County Stadium.

Glynn Academy’s Jordan Swain made his decision on where he will be play football at the next level. He announced Thursday through his person Twitter account that he will attend Valdosta State University.

While the recruiting process has been exciting for Swain, he said it was stressful as well.

“You’re happy and amazed that you’re getting all these phone calls, looks, and interest, but soon reality sets in that you have to make a choice,” Swain said.

Swain holds a 3.9 GPA, and he currently has 13 offers from various schools. The latest came from North Greenville University.

“Having double-digit offers is great. From a super young age, I watched my uncles and cousins get offers coming out of high school, and of course, I wanted to emulate them,” Swain said. “Even getting my first offer from Stetson last year was a testament to the work I’ve put in basically my whole life. Both academically and athletically. Having double-digit offers just validated that, that if you believe in something and work hard to achieve it, it’ll come true. But I know it was God’s doing. Without him, none of this is possible.”

Valdosta State offered him on Nov. 9, and it was an offer that helped validate that all the hard work he’d put in was noticeable.

“Getting an offer from VSU felt good,” Swain said. “Growing up, they had a winning culture which continued all the way through now. And being recognized by them, a top school in the nation, again validated that if you believe and work to achieve, you’ll get where you want to be.”

It didn’t take Swain long to realize it was where he wanted to attend school, either. He said it was an easy decision.

“In all the schools I looked at, I had three core principles. Academics, distance/location, and team culture,” he said. “Valdosta checked off all three, in addition to other benefits, like a winning culture and familiarity with it being so close to home.”

Swain credits his coaches for pushing him throughout his high school career.

“My coaches pushed me to be the best version of myself for four years in a row, day in and day out,” Swain said. “They put me in a position where I could show my talents as well as help mold me into the person I am and am becoming.”

He isn’t the only player from Glynn County with an offer to play at Valdosta State. Swain said he is trying to bring some other local players with him. Since recreation ball, there are guys he has hoped to play with at the next level, and a few of them very well could end up in Valdosta as well.

“I’m trying to bring everyone in the surrounding counties,” Swain said. “Kids that I’ve been playing football with since recreation age who have a chance at the next level. Some, in my opinion, not even being recognized as how they should be. Nolan Grant, Anthony Mountain, Jordan Billups, Drez Wilcox, Che Foy are all guys I’d love to have play beside me.”

Something that the Terrors head coach Rocky Hidalgo preaches to his kids is the fact that getting to the college level is challenging and not everyone will get that chance. Swain will because of his ‘don’t quit’ attitude, and it means the world to him that he will get the opportunity to play at the next level.

“I’ve been playing football since I could walk, and it’s always been a dream,” Swain said. “Watching my uncles and other family play at the next level, that’s where I always wanted to be. It’s not a dream anymore, it’s a reality, and I’m excited to attack the future head-on.”

Swain will wait to make it official until the February signing period, so he can go on some official visits and sign with his teammates.