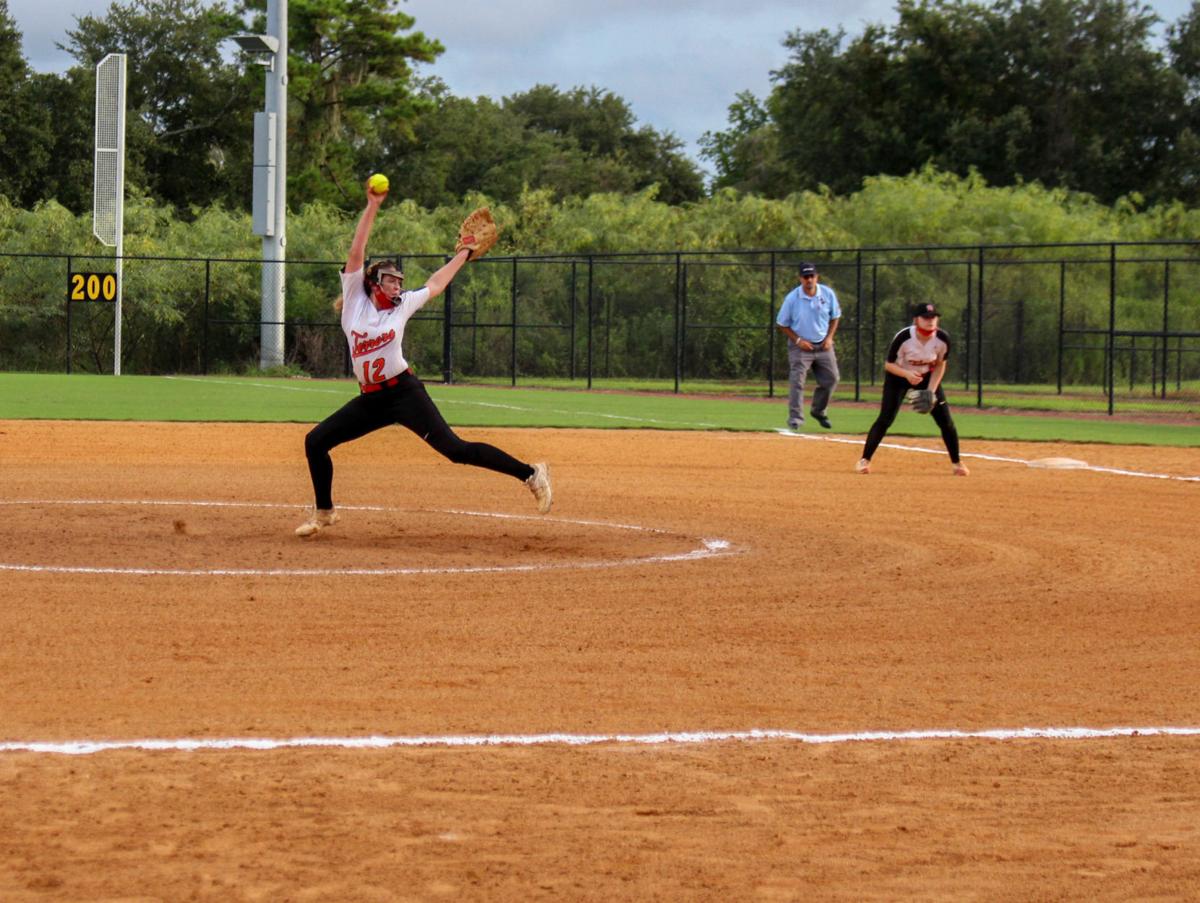 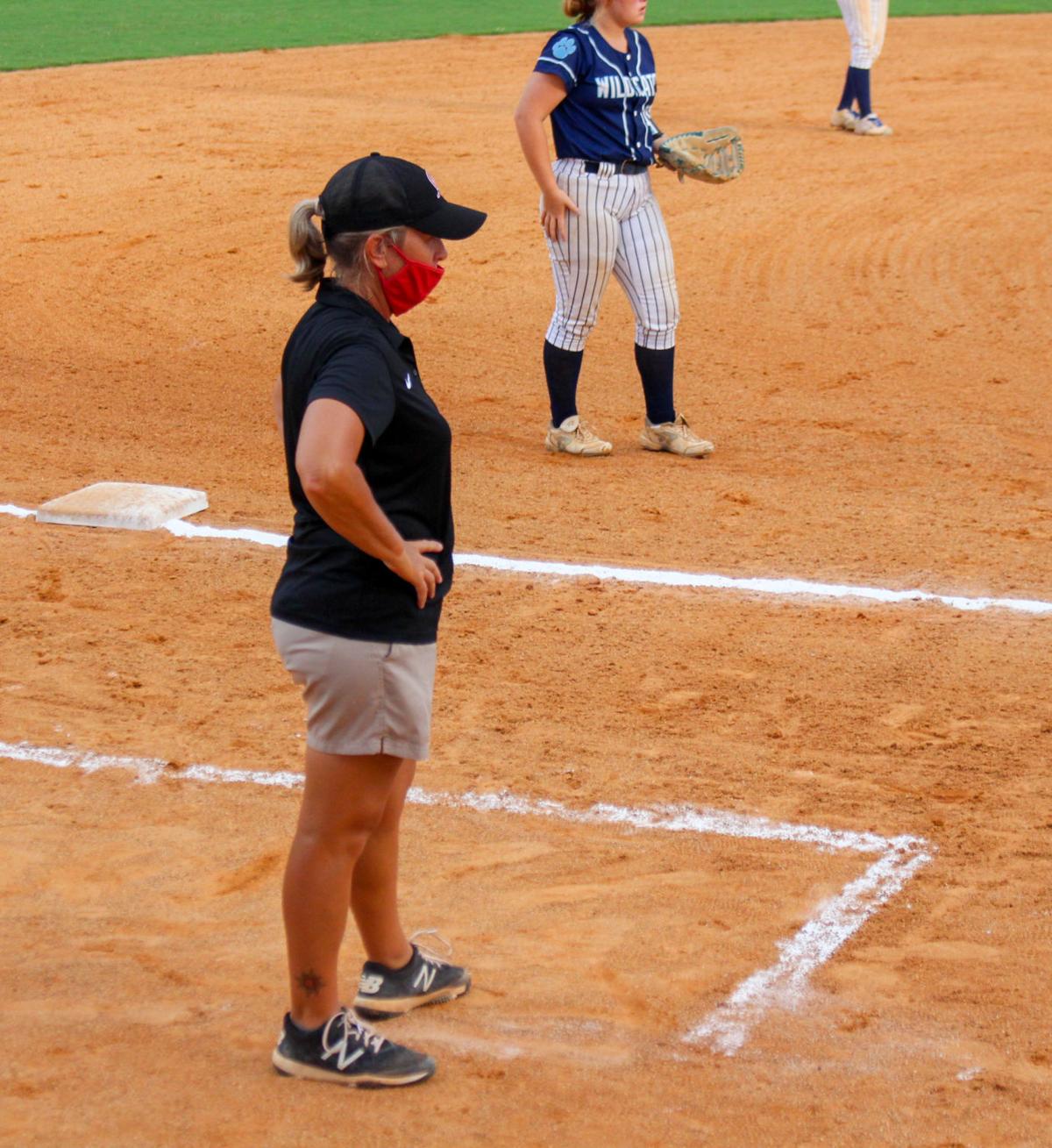 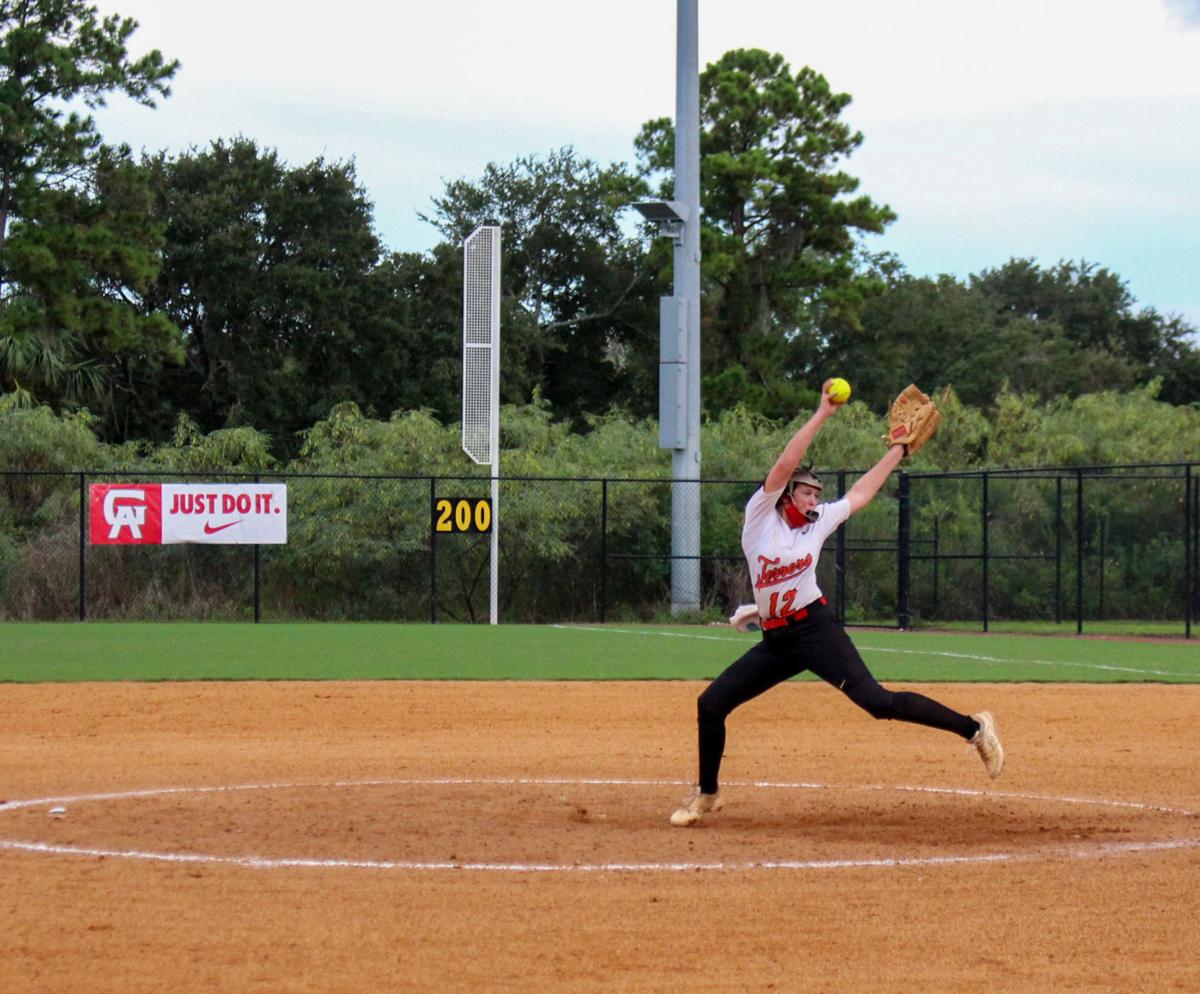 Alexis Knowlton winds up a pitch against Camden earlier this season. 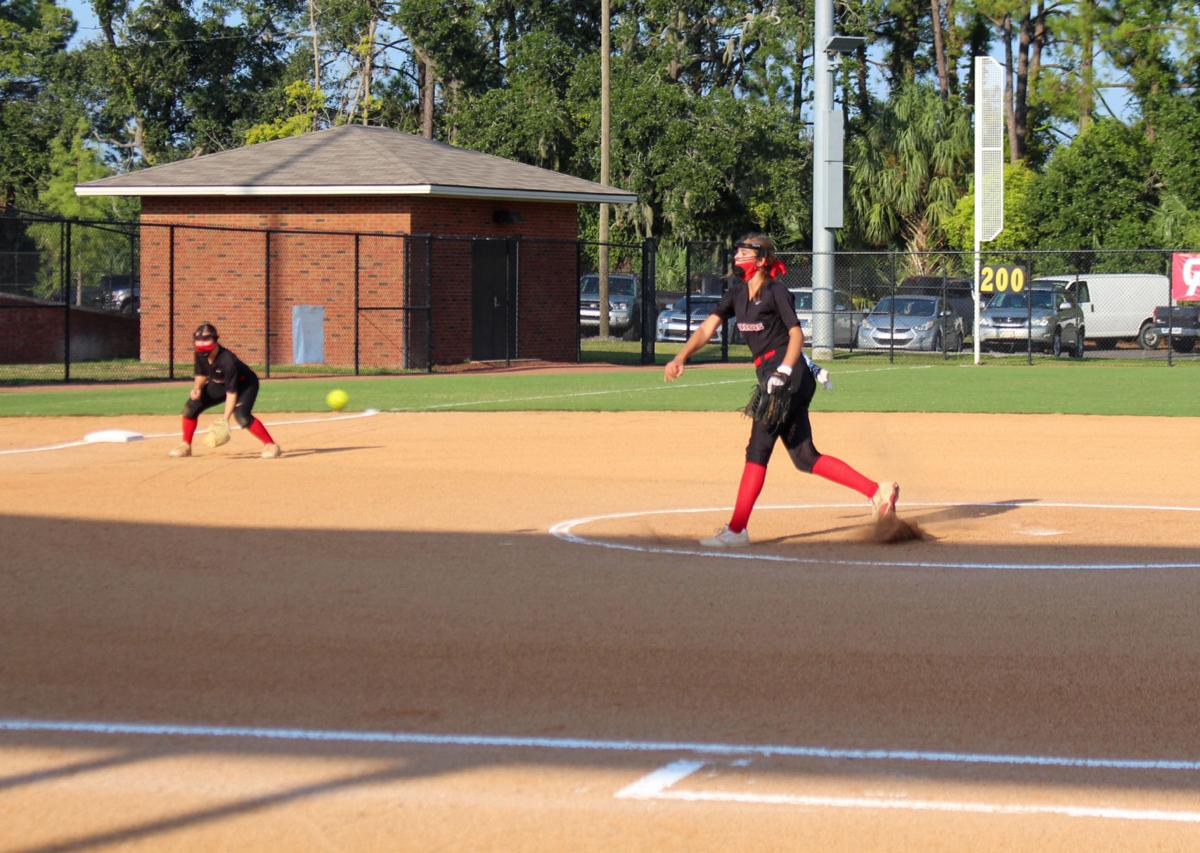 Glynn Academy’s Mallory Merrill tosses a pitch to a Brunswick batter during game one of the city championship.

Alexis Knowlton winds up a pitch against Camden earlier this season.

Glynn Academy’s Mallory Merrill tosses a pitch to a Brunswick batter during game one of the city championship.

Glynn Academy’s softball team has won some close games this season, and a big reason is having two strong pitchers on the mound.

The Terrors two starting pitchers are freshman Alexis Knowlton and junior Mallory Merrill. These two alternate each game as to who’s pitching, and the dynamic seems to work.

Knowlton got some experience earlier this season when Merrill was out due to a foot injury.

“She (Knowlton) is inexperienced in the way of working with older girls when it comes to hitting. She has good moved on her ball, she’s got a good spin on her ball,” Ketcham said. “Both of them are consistent with speed. Mallory, she controls the circle really well. I’m happy with the way that both of them pitch, and that’s why we’re alternating them every other game.”

Both girls are tossing it accurately in the low 50’s, but both of them have hit in the upper 50’s as well. It takes a lot of time and determination to be a pitcher.

“My favorite thing about pitching is being in on every play of the game, and no matter what, I’m surrounded by the best teammates who encourage me every step of the way,” Merrill said.

“My favorite thing about pitching is how you lead the team, and it builds a really good bond with the team threw trust and knowing they are there for you,” Knowlton said. “I love how encouraging they are even when I don’t do so great — they still pick me up.”

Being a pitcher often comes with being a team leader. Merrill being a junior, is one of the main leaders, and it’s something she’s always wanted to be.

“Looking back at previous years and being an underclassman, I had some of the best leaders and role models, and my goal was to always be like them,” Merrill said. “I always want to set a good example for the underclassmen.”

Knowlton and Merrill are close-knit. They’re always cheering on each other. Both of them said they enjoy each other, and they stick together.

“I could not be in the pitcher I am today without Alexis by my side,” Merrill said. “I know that I have someone there always to have my back. She always builds me up, and she is an amazing teammate. At practice, we stick together and are always finding ways to make one another better. She makes me laugh, and that makes playing more fun.”

As for Knowlton, she said Merrill is someone she looks up to.

“She’s so encouraging, and when we work together, we’re able to tell each other how to fix certain pitches, and we tend to have some of the same struggles,” Knowlton said. “I always look forward to having talks with her even on the bad days. She always finds a way to make me smile and is such a great person to work with.”

Both girls said they appreciate the help they’ve gotten from Ketcham and the other coaches.

“I’m so lucky to have such great coaches. It really makes a difference in the game,” Knowlton said. “Our coaches have shown me it doesn’t matter how bad you start — you always give it 110%. If you can truly say you tried, then you did all you could do.”

“With our coaching staff’s help, we have grown as a team, and I have eliminated weaknesses,” Merrill said. “They make playing for the Terrors something we will all look back on with fond memories.”

Merrill said she’s improved the most with self- confidence and not getting down on herself.

“I think this year being an upperclassman, I’m more focused, confident and determined,” Merrill said. “I’ve worked very hard to become more of a complete player.”

As for Knowlton, she said she’s getting more comfortable in high school ball.

“When I pitched my first game, I was so nervous I felt like i never pitched a day in my life,” Knowlton said. “As the season went on with the help of my coaches and team, I’m more confident and can throw my game.”

One of the only things Ketcham said she wants to see from her girls is momentum. However, when games continue to get rained out or postponed for reasons, it’s hard to keep it going.

“Well, because we’re only playing one game here and one game there, our momentum is not up as much as I would like to see. I’d like to see more energy. As soon as we pick it up, back into region play again, I think it’s going to help our energy level a lot.

Despite falling to Brunswick last Monday, these two teams take on each other for the last time Tuesday, with first pitch slated for 6 p.m. at Brunswick High.