Sign Up
Log In
Purchase a Subscription
You are the owner of this article.
Edit Article Add New Article
You have permission to edit this article.
Edit
Welcome, Guest
Home
FULL MENU
News
Life
Sports
Obits
e-Edition
Classifieds
Jobs
Events
Subscribe
1 of 8 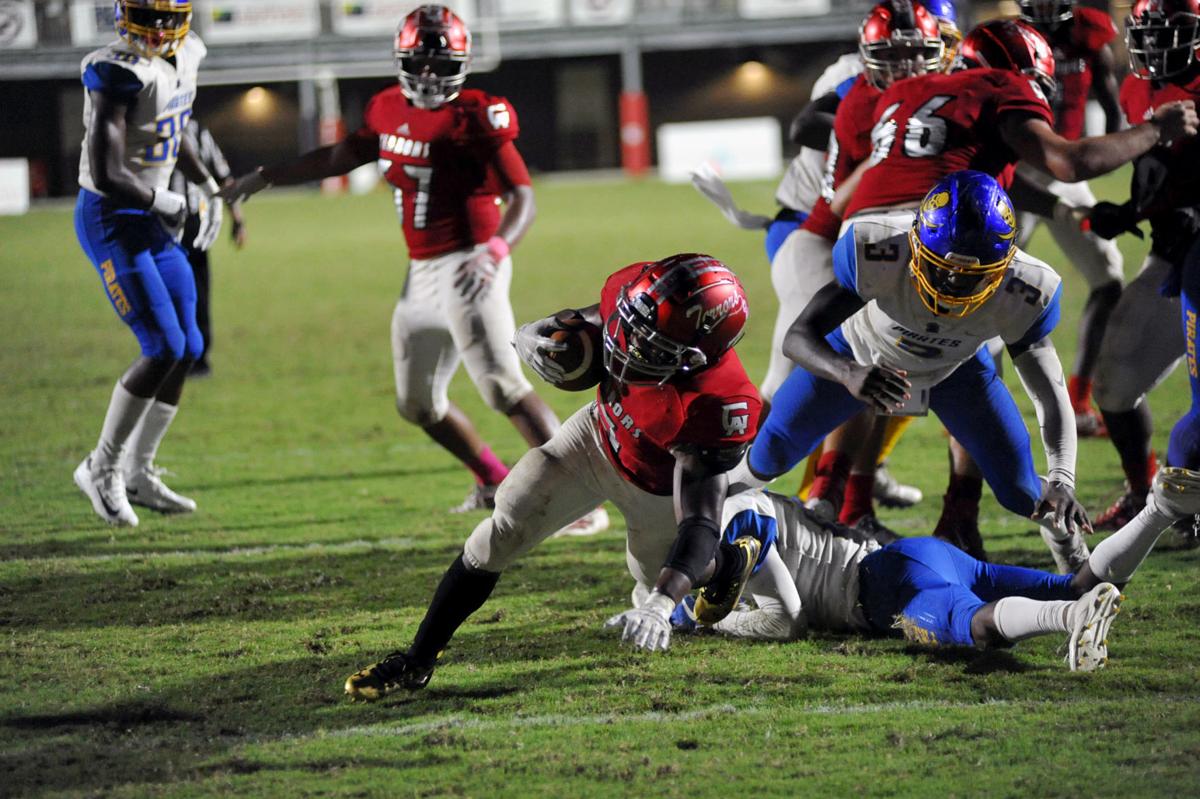 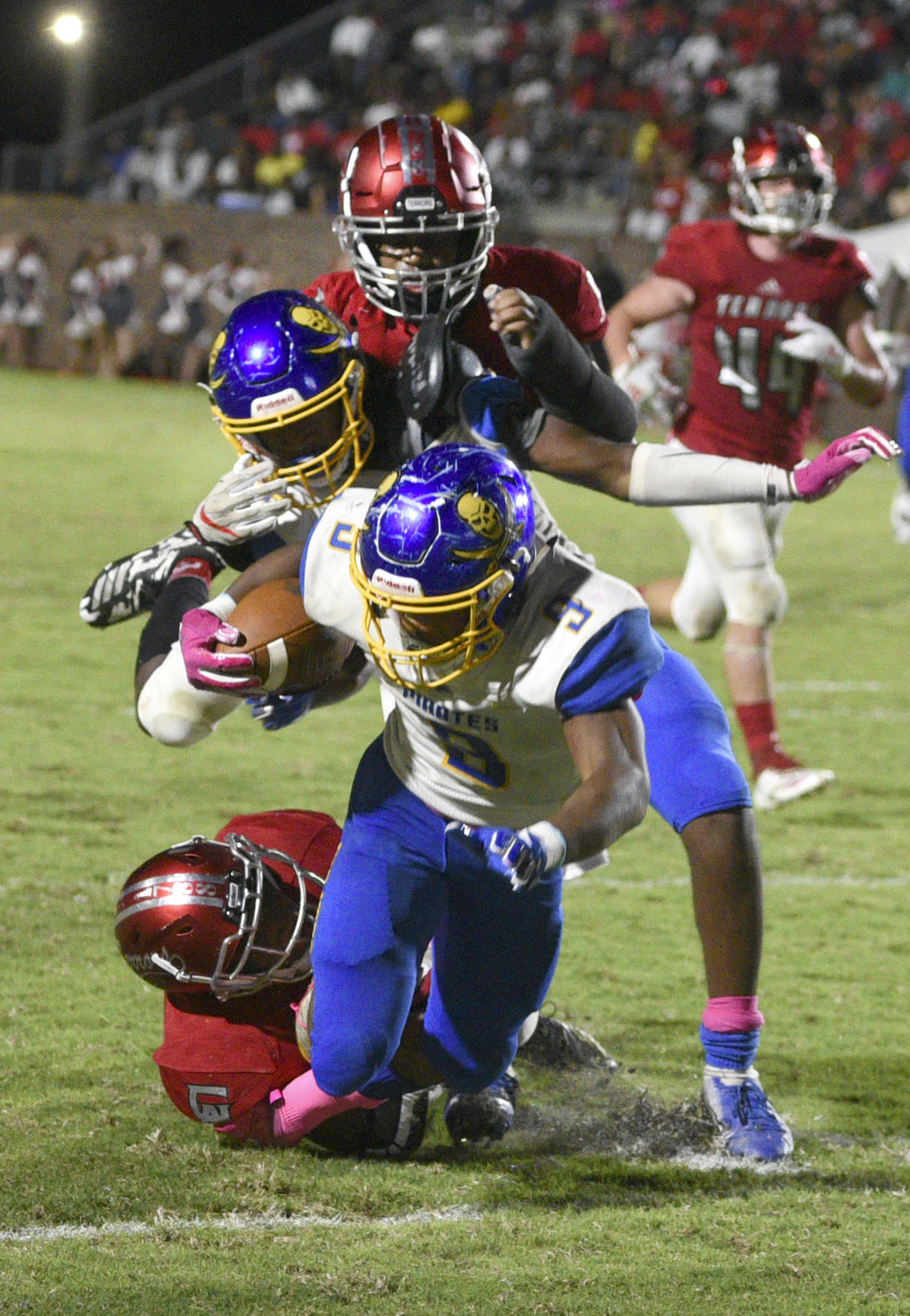 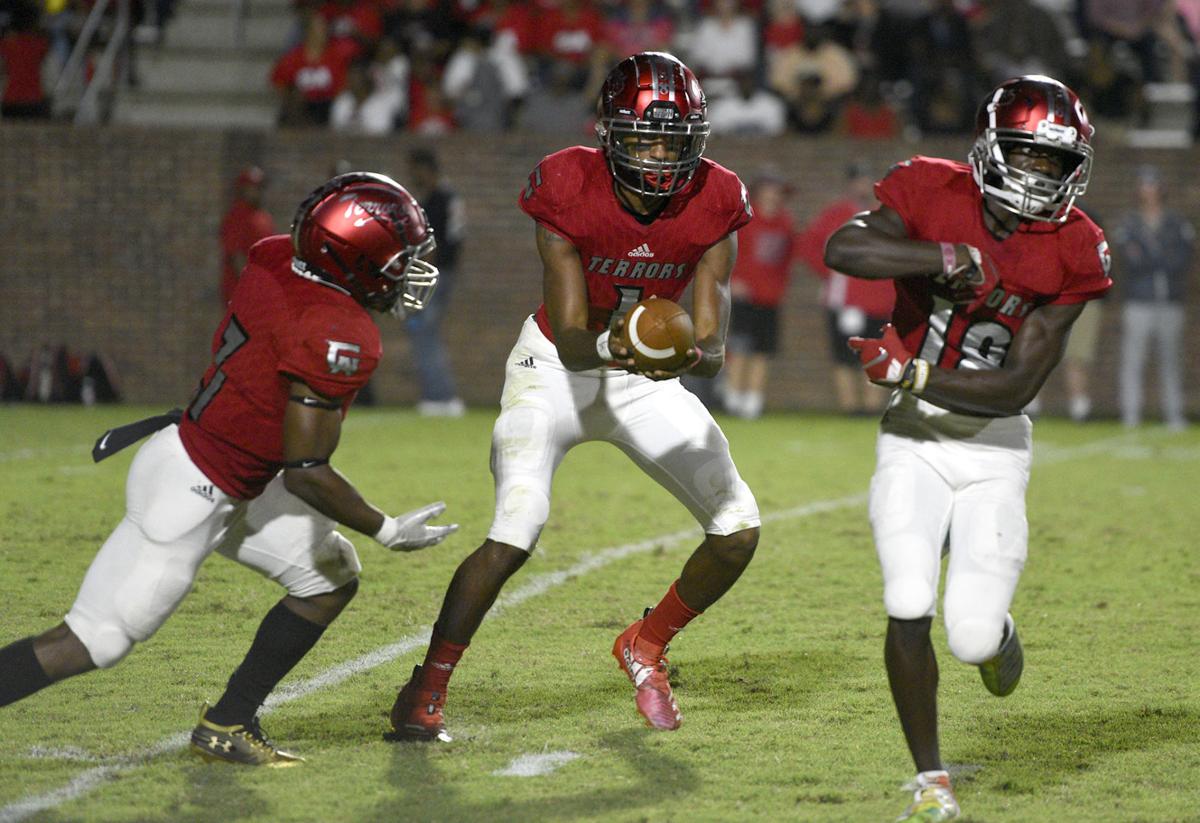 TJ Lewis, center, fakes the hand off to Jayden Drayton, right, and hands it off to Nolan Grant, left, during the City Championship game on Friday against Brunswick. 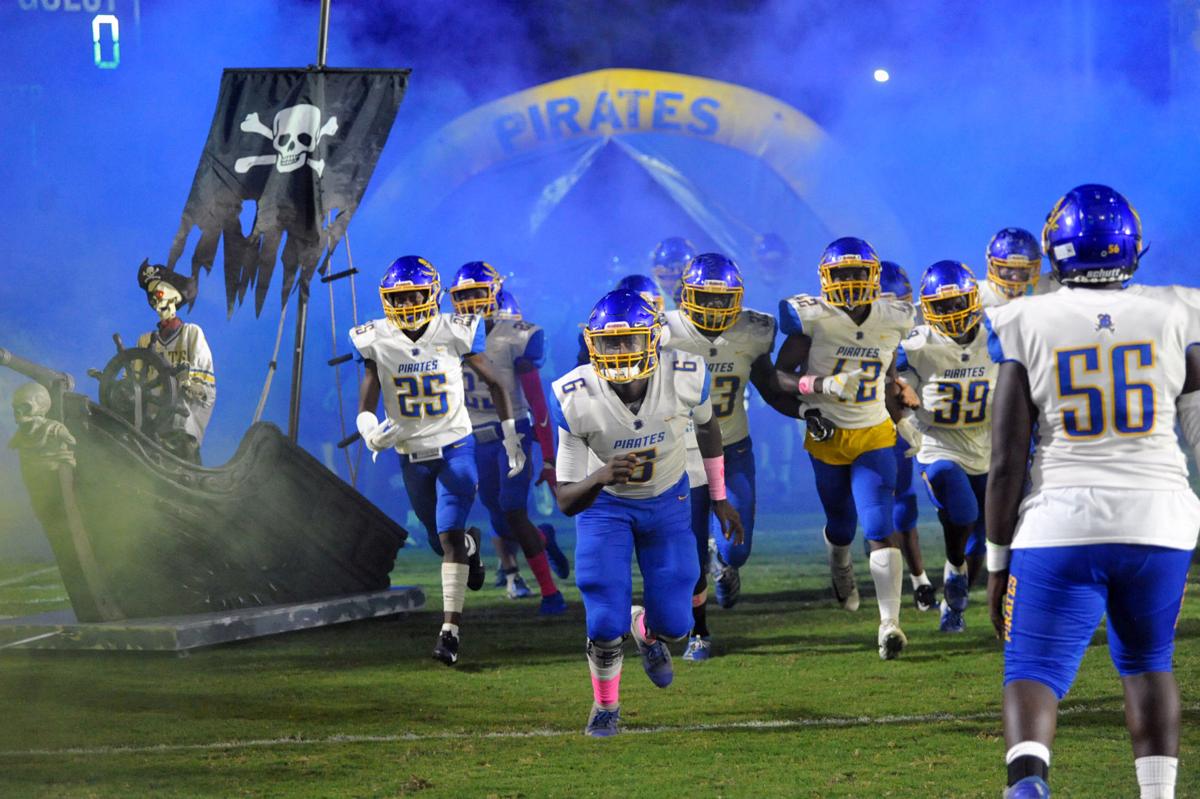 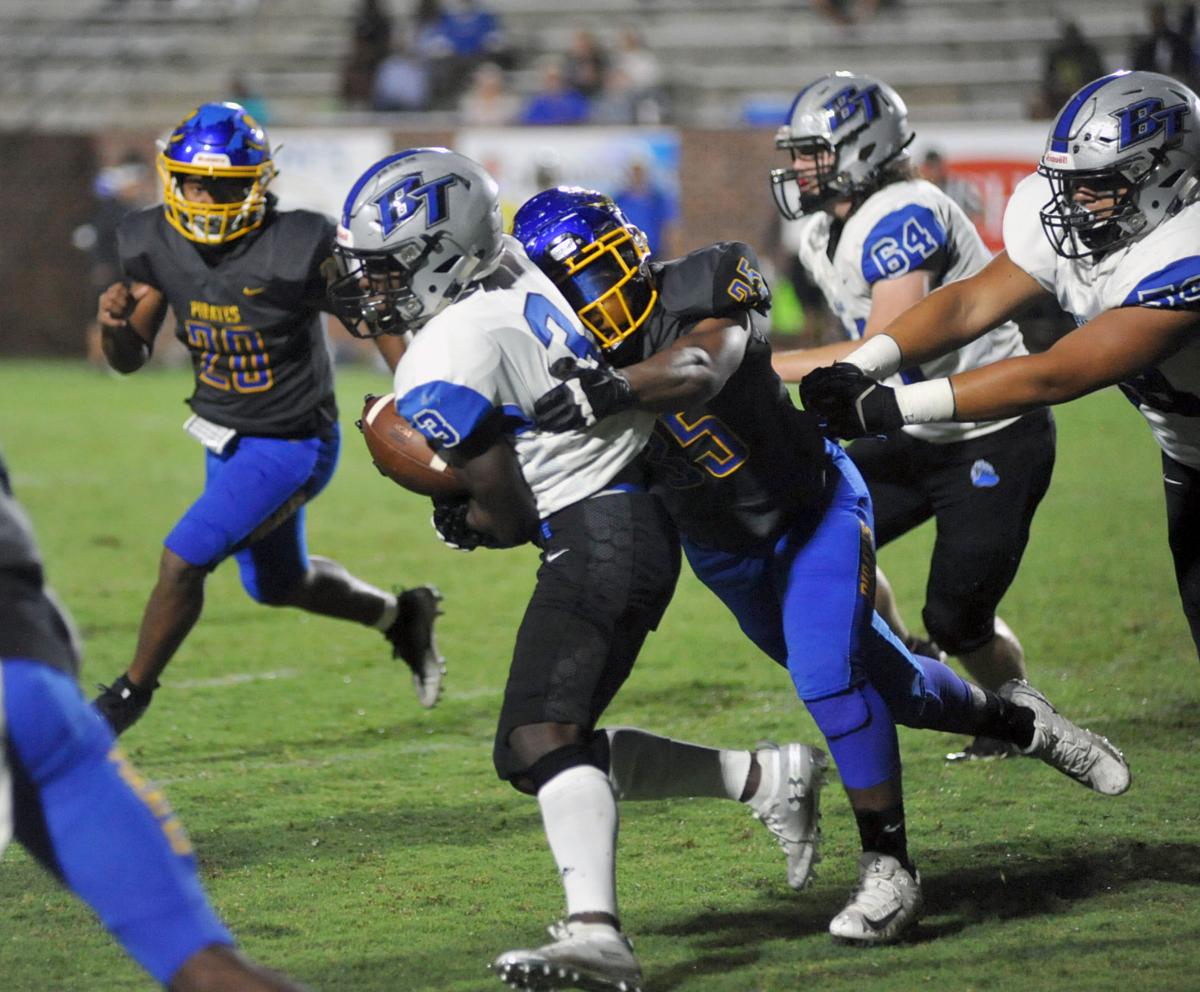 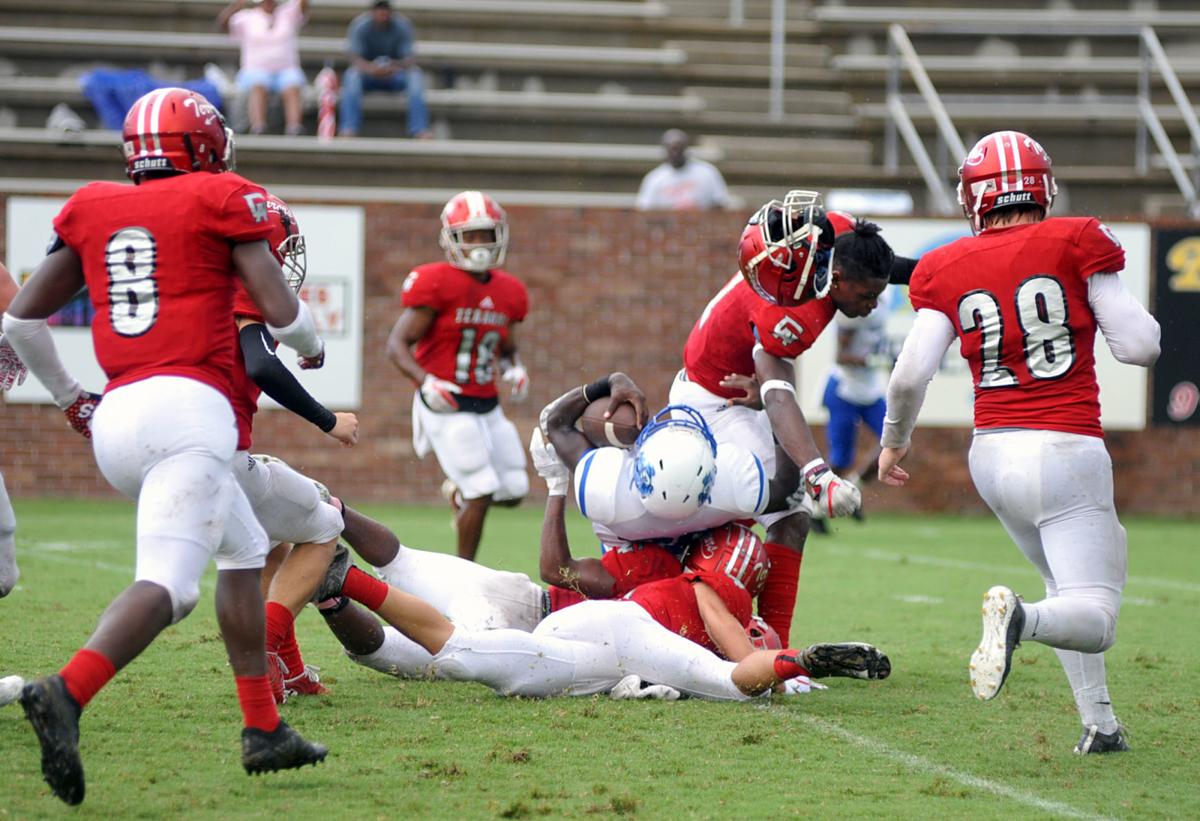 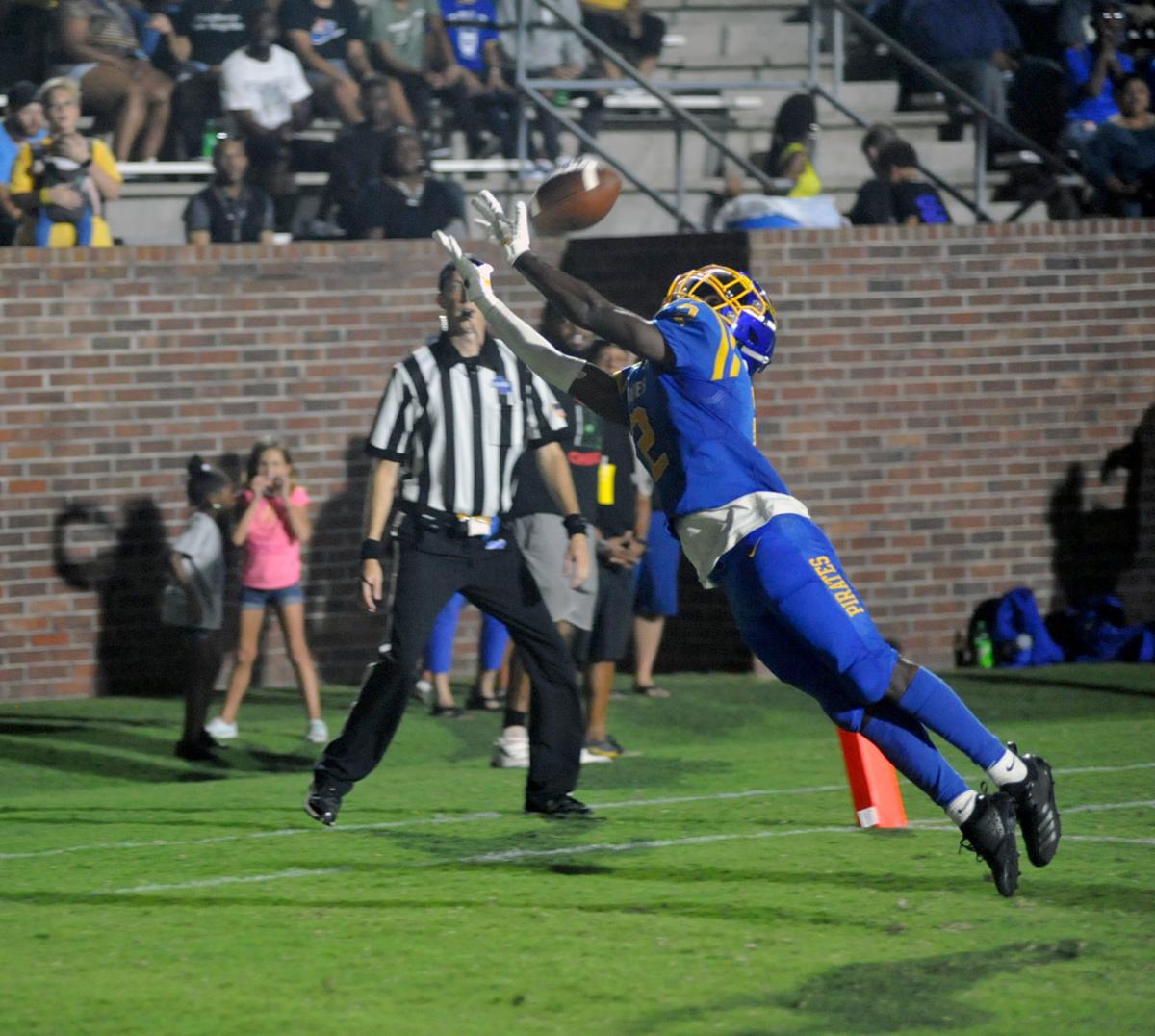 TJ Lewis, center, fakes the hand off to Jayden Drayton, right, and hands it off to Nolan Grant, left, during the City Championship game on Friday against Brunswick.

Consistently one of the shortest players on the field, few in Region 2-6A can measure up to the production 5-foot-7 running back Nolan Grant.

Coming off a first-team selection a year ago, Grant was once again the centerpiece of the rushing attack of a Glynn Academy program that finished second in Region 2-6A and won a playoff game for the sixth consecutive season.

Grant capped off his prep career by rushing for nearly 900 yards and eight total touchdowns; he was also named the Glynn County Sports Hall of Fame’s MVP in the City Championship game against Brunswick High after rushing for 96 yards and a score and catching a 26-yard pass on third-and-9 to set up Glynn Academy’s game-winning field goal as time expired.

He was also at his best in the biggest moments. Beginning with region play, Grant accounted for more than 500 total yards and five touchdowns in the Red Terrors final six games.

Freshman Jayden Drayton was named to the first team after rushing for more than 500 yards for Glynn, and senior offensive lineman Drez Wilcox was tabbed to the team for his part in anchoring an offense that averaged 295 rushing yards and 27.5 points per game.

Defensively, junior linebacker Miles Smith, who forced two fumbles in Glynn Academy’s second round loss to No. 1 Dacula, senior defensive lineman Jordan Swain, and senior defensive back Byron Bacon were named to the first team, as was senior kicker Chase Gabriel, who proved he’s a weapon by drilling field goals of 52, 52, and 46 yards, and rushing for a touchdown on a fake, in the regular-season finale against Bradwell Institute.

Brunswick running back Chuckobe Hill earned what could be the first of many first-team selections following a sophomore season that saw him cross the 1,000-yard threshold on the ground and score 14 total touchdowns for a Pirates team that finished third in the region and notched the program’s first playoff win since 2010.

Senior receiver Che Foy, who led the team with nearly 40 catches for more than 600 yards and four scores, junior tight end Xavier Bean (33-383-3), and junior offensive lineman Caleb Cook were also recognized on the first team for their contributions to an offense that averaged 350 yards and 25.2 points.

The duo of first-team senior defensive backs Devin Lafayette and Freddie Towns led a tough Brunswick defense, combining to make 83 tackles, intercept three passes, and force a fumble despite each missing time with injury. Senior defensive lineman Justin Akra was named to the first team with team-highs in sacks (four) and tackles for a loss (seven), and senior linebacker Ryan Buckley led the Pirates with more than 70 total tackles.

Khamori Simmons, the second half of the Pirates sophomore 1-2 punch with more than 850 total yards of offense and 13 touchdowns, landed on the honorable mention list, alongside senior quarterback Anthony Mountain, who passed for more than 1,700 yards and 11 touchdowns, and a pair of offensive linemen in senior Xavier Ramsey and sophomore Kanaya Charlton.