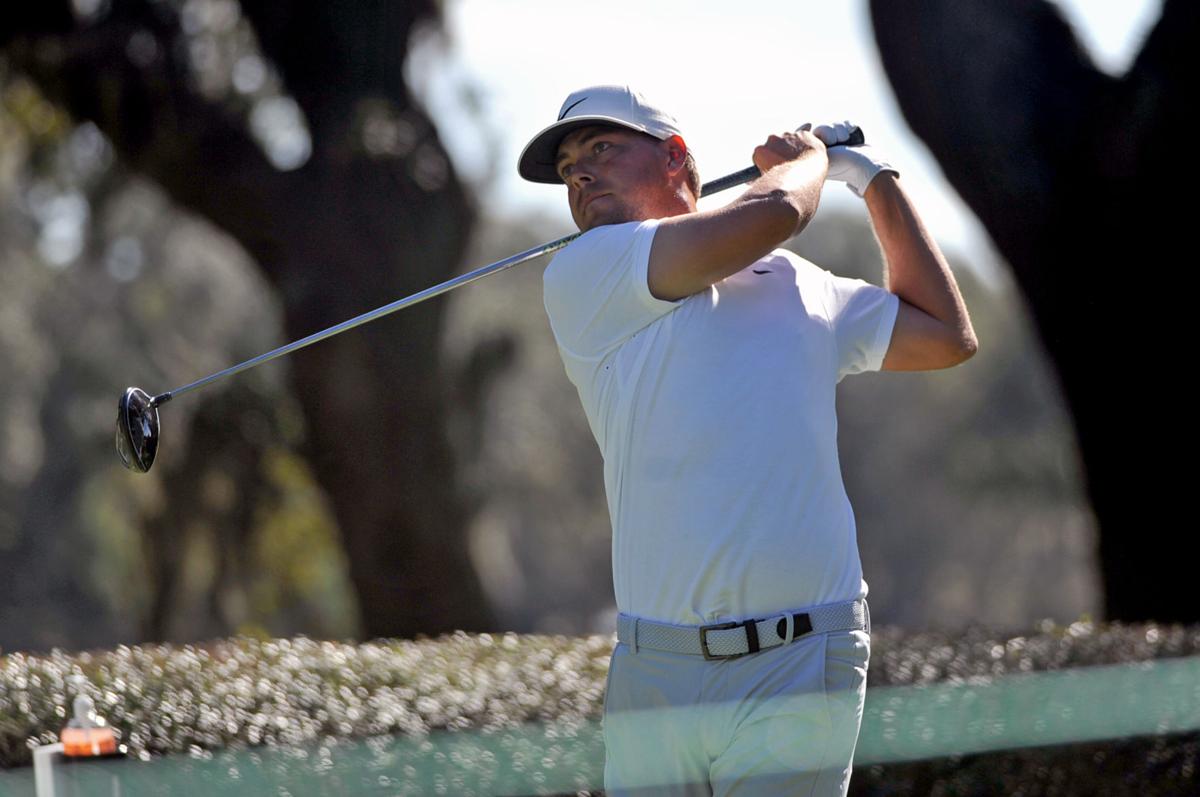 Keith Mitchell watches his tee shot from hole 2 on Plantation during Round 2 of the RSM Classic on Friday at Sea Island Golf Club. 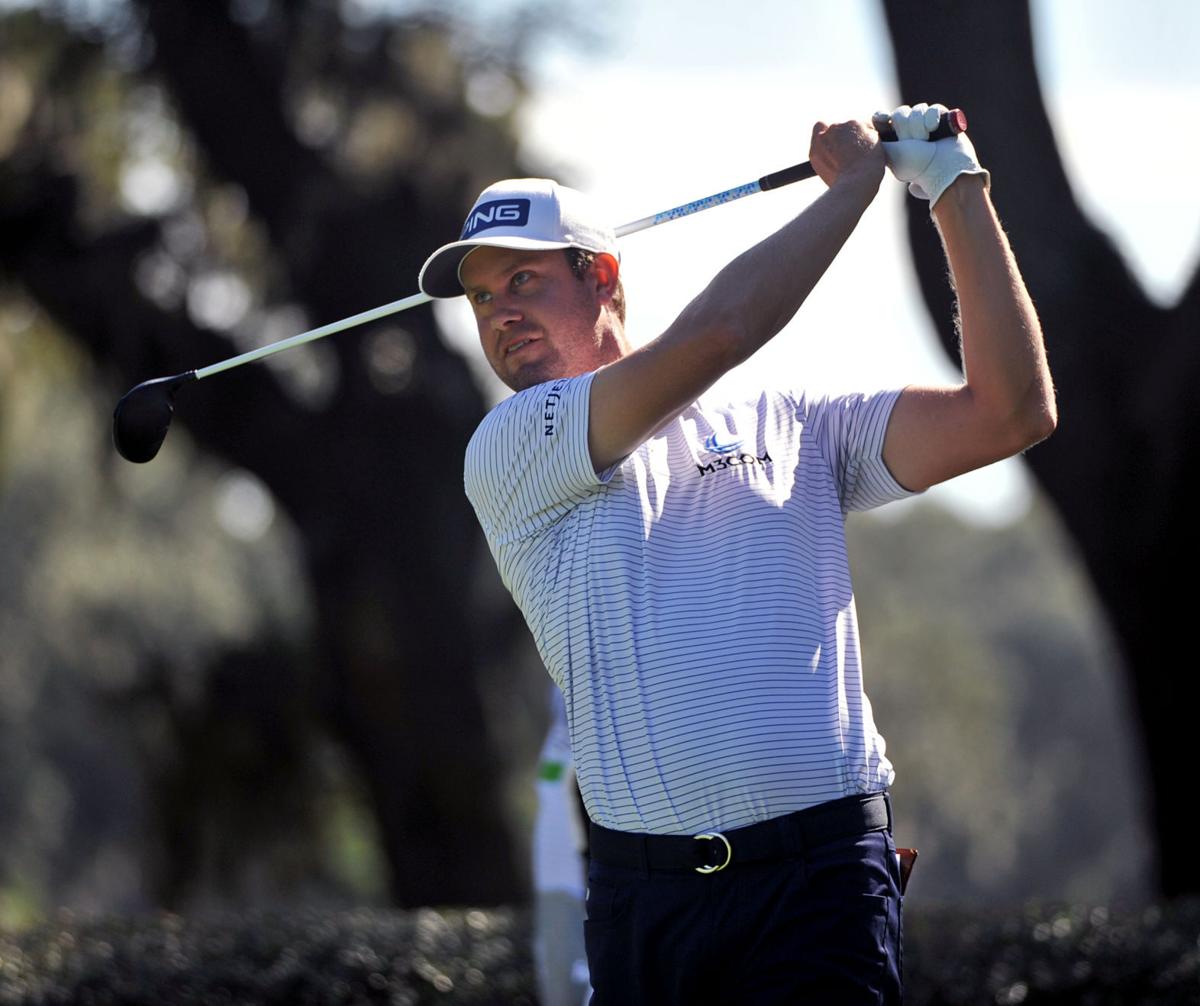 Harris English watches his tee shot from hole 2 on Plantation during Round 2 of the RSM Classic on Friday at Sea Island Golf Club. 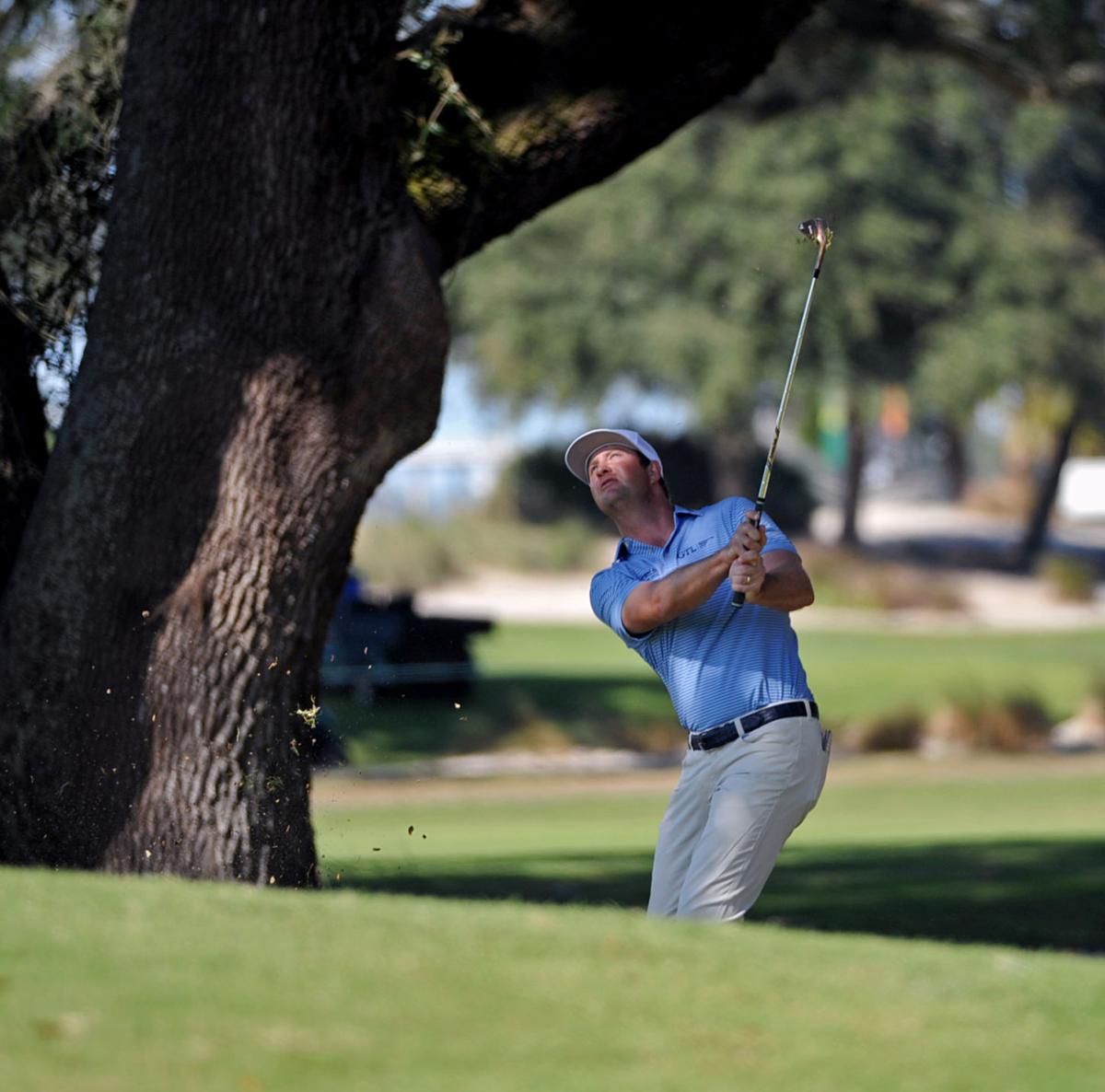 Hudson Swafford watches his chip shot during Round 2 of the RSM Classic on Friday at Sea Island Golf Club.

Keith Mitchell watches his tee shot from hole 2 on Plantation during Round 2 of the RSM Classic on Friday at Sea Island Golf Club.

Harris English watches his tee shot from hole 2 on Plantation during Round 2 of the RSM Classic on Friday at Sea Island Golf Club.

Hudson Swafford watches his chip shot during Round 2 of the RSM Classic on Friday at Sea Island Golf Club.

After round two of the RSM Classic, the Sea Island PGA Tour golfers flexed their muscles on moving day as five of the six who made the cut shot 66 on the round.

Of the 12 local pros who participated in this tournament, only six remain.

Three guys are inside the top 10 after Friday’s round. Patton Kizzire sits T3 at 11 under. One stroke behind him is Harris English, sitting T5 at 10 under, and one behind him is Zach Johnson at 9 under in solo seventh place.

Keith Mitchell finished Friday at 7 under after two rounds of golf and T11. Matt Kuchar also made the cut as he is 6 under through the first two days and sits T22.

The final local guy to make the cut is Josh Teater, who just got in at 3 under. He played 10 playoff holes on Tuesday to earn the spot and is the sole guy left out of those four players.

It was like a night and day difference out on the course today. While the wind was still in play, it was a lot warmer out, allowing guys to execute off of it.

Of the local guys who made the cut, the only two who didn’t play the Plantation course was Kuchar and Teater. English said even though people say Plantation plays easier, it’s still pretty tricky.

“I like it when it plays hard out here. I like it when it’s windy because otherwise, the scores are really low, and I think it plays more in my hands when it is tough,” English said. “I enjoyed that yesterday. It seems like I can focus more when the wind’s howling like that. I really have to focus on one shot at a time.

“Today, yeah, it was more scorable, but it’s still tricky out there. Plantation isn’t easy. I had some tough pins out there, and the wind was still gusty at times. Just kind of plodded along, didn’t do anything crazy, just hit it close a good bit. Pretty easy 6 under.”

Johnson also felt like he played well today out on Plantation. He said there were a lot of positives about Friday’s round.

“I played fine today — I played good. I gave myself many opportunities, made a few putts, missed a few putts, but had a few mud balls that were costly,” Johnson said. “I’m assuming everybody can probably say that. I just never got ahead of myself, just stayed right there and kept the course in front of me, that kind of thing.”

A local guy has never won the RSM Classic. While Chris Kirk and Kevin Kisner both lived in the Golden Isles temporarily when they won, it isn’t the same as a full-time resident.

English said it’s weird how so many pros live here but haven’t won the tournament. However, after Friday’s round, their experience of the two courses seems to be paying off and helping them this year.

“People from outside feel like you should play well on your home course, but we really never play the course under these conditions,” English said. “The greens are never this fast. Some of the pin placements we’ve seen the last couple of days we never see on a day-to-day basis. So it is a little different, but I’m feeling good about it. Happy to be close to the lead and within earshot and see what I can do on the weekend.”

This year, English said he’s treated it more like a regular tournament and stayed in his routine.

“I don’t have anybody staying with me this week, which I normally do,” English said. “Treating it like a normal week and preparing like a normal week and not really getting out of my day-to-day routine. It’s been good. I feel like I’m more focused this year and happy with the way I played and looking forward to the weekend.”

Johnson said he didn’t look at the leaderboard to see all of the familiar names towards the top on Friday but said it was great that the local guys were up there. He had a small group following him on Friday, which included his nanna.

“Had my nanna out there, she’s arguably my biggest fan, so I felt a little bit of clapping,” Johnson said. “It was periodic. It’s different. I wish we could get the whole community out here because they love it, and they embrace it, and that’s the beauty of St. Simons and Sea Island — they love to witness good golf.”

A local guy could earn that trophy on Sunday, and while most would think there would be bragging rights among them, Johnson said there isn’t a lot of that here.

“I think the beauty of the individuals here, there’s not a whole lot of bragging going on because they know that the moment they start bragging that someone’s going to get on them,” Johnson said. “In a moment, it can go south. I would say Davis (Love III) probably has the last word in all of that anyway. I mean, you’re not going to hear a guy like him say anything.

“If I cannot win, I hope somebody here locally does because it would be special for this community certainly, and obviously for having RSM and Davis Love’s foundation here, it would be fantastic.”