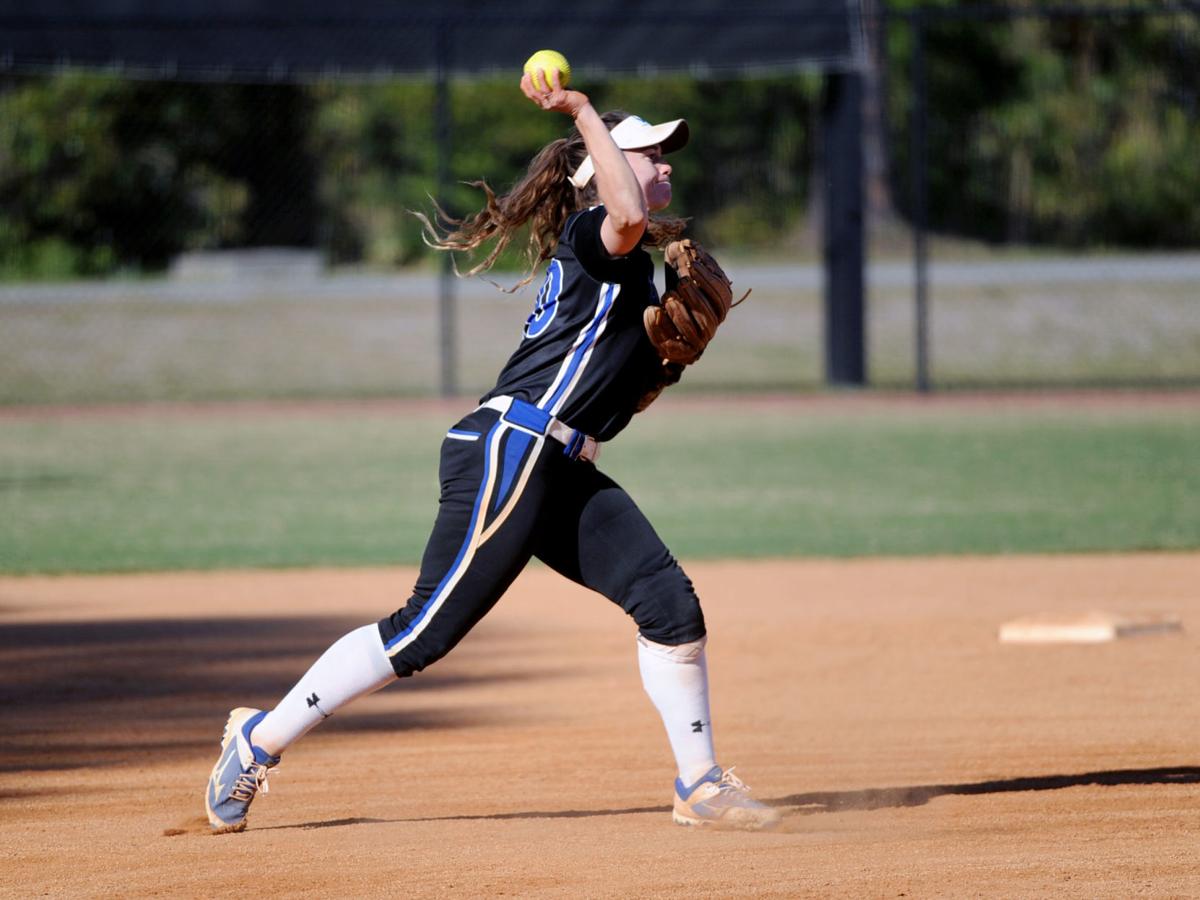 Coastal Georgia’s Kensey Solomon fires towards first base after fielding a ground ball during the 2018-19 season. 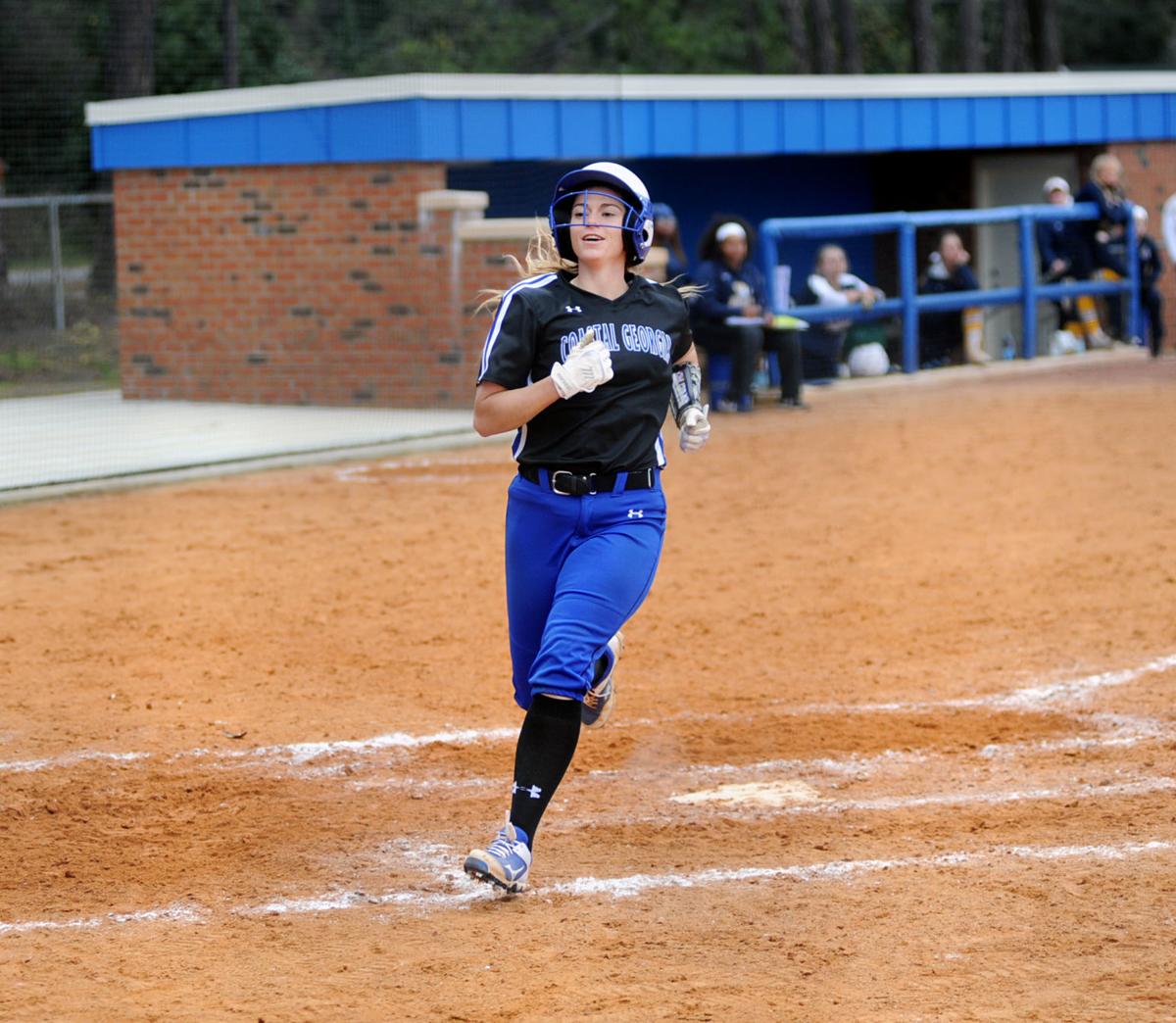 Coastal Georgia’s Kensey Solomon trots home to score a run during the 2018-19 season. 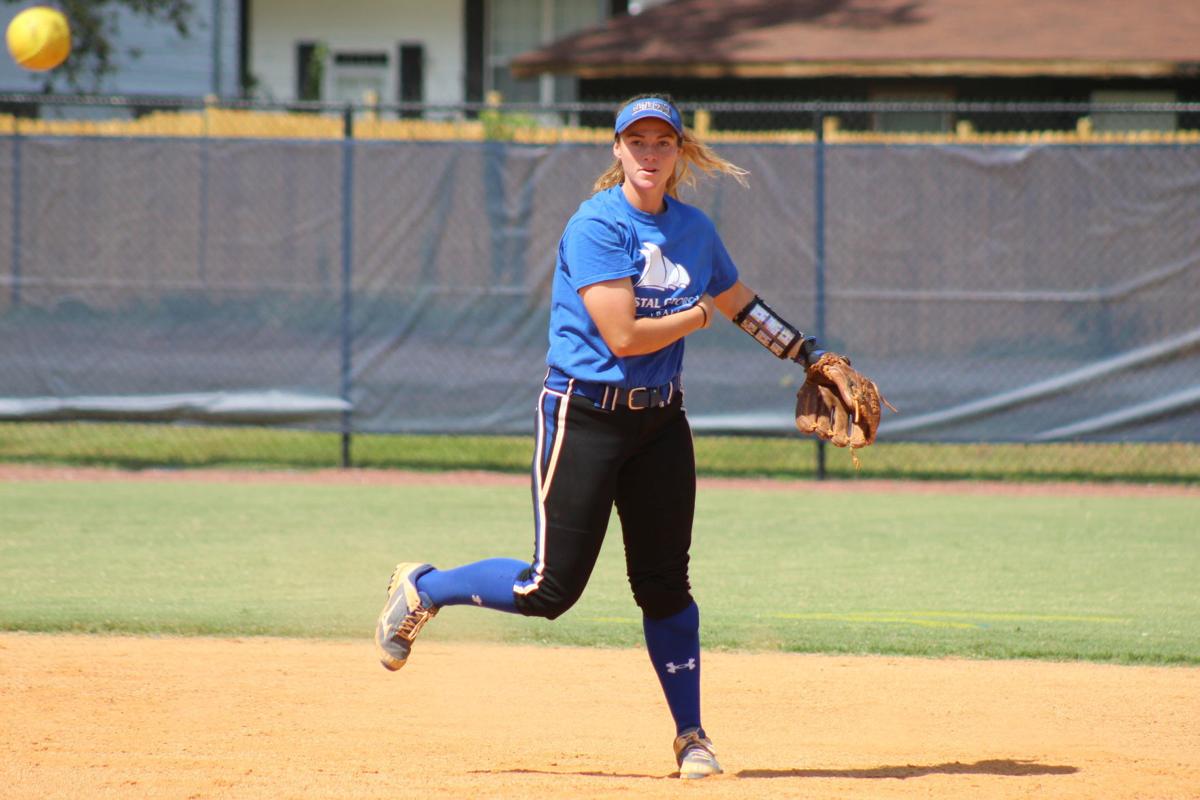 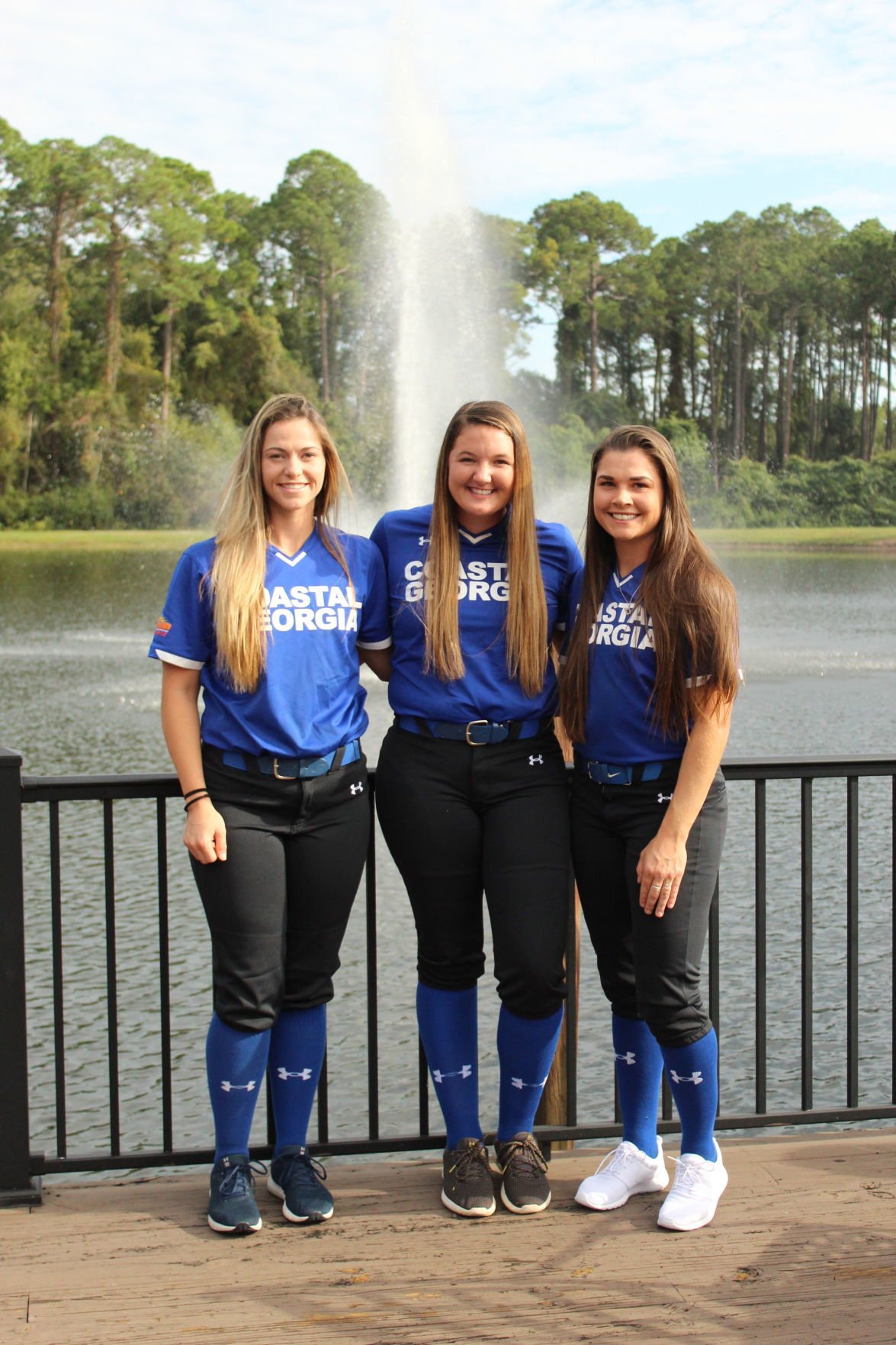 Coastal Georgia’s Kensey Solomon fires towards first base after fielding a ground ball during the 2018-19 season.

Coastal Georgia’s Kensey Solomon trots home to score a run during the 2018-19 season.

Minick had been an assistant coach at Glynn Academy when Solomon first began her prep career, and after seeing her back in action, the Mariners’ third-year coach extended a formal offer.

“It wasn’t a hard decision for me,” Solomon said. “I was excited because I thought my softball career was going to be over.”

Solomon lettered in softball for four years at Glynn Academy, earning a first-team all region selection and Terror Award while helping lead the program to a region title and a pair of state playoff appearances.

But she had resigned to hanging up her cleats and began entertaining the idea of attending school at the University of Georgia or Georgia Southern — until she received an offer from Coastal Georgia, that is.

Remaining close to family and attending a college in her hometown was appealing to Solomon, especially when it came with the added bonus of reuniting with Minick.

“Aside from being close to my family, I definitely think Coach Mike and Coach Terry (Stewart) were big factors in my decision,” Solomon said. “I played high school with Coach Mike — he was my assistant coach for my ninth- and 10th-grade year. He’s just a great guy, really.

“He’s the most passionate guy about softball. I’ve never met anybody more passionate about a sport than him, any sport actually.”

In 2014, Minick took over the helm of a program that had gone 15-44-1 over its first two seasons, and a few years later the Mariners finished with a with their first winning record — notching a school- record 35 wins en route to a third consecutive trip to a conference tournament.

Solomon played in 38 games, starting six, as a freshman on Coastal Georgia’s record-setting 2017 team. The team took a small step back in 2018, finishing 22-26, but they bounced back in a big way over the next two seasons.

Originally, Solomon had only planned to attend Coastal Georgia for two years before transferring, but when the time came, she wasn’t interested in leaving. It turned out to be a smart decision as Solomon went on to play an integral role in the Mariners capturing their first regular-season conference title a season ago.

Although it’s not quite Division I softball, Solomon feels the level of competition in the NAIA was as strong as she’s ever faced.

“People look at it like a smaller school, but I think overall, the competition I faced as a college athlete was some of the best competition I’ve ever had in my life, and I played travel ball for how many years,” Solomon said. “Of course, that’s to be expected with a college team, but there are no teams that are under the radar. You have to play your best every single game, and as an athlete, it’s good to be challenged.”

“I think the program is only getting better.”

At 14-5, Coastal appeared well on its way to another promising season this year until The Sun Conference was forced to cancel the spring season due to health concerns surrounding the coronavirus.

The abrupt ending of their collegiate career has been difficult for Solomon and fellow seniors Mary Waldron and Paige Alt to cope with, but she’s proud of what they accomplished with the program.

“What are you supposed to do?” Solomon said. “It happened to a lot of athletes out there. It’s disappointing, but we did a lot of things.”

In four years as a Mariner, Solomon appeared in 147 games, making 112 starts while seeing time at shortstop, catcher, and in the outfield. She scored 38 runs and produced 29 RBI with seven doubles, two triples, and two home runs, and set a single-season record with 121 assists in 2019.

Crediting the skills she learned as a student-athlete at Coastal Georgia, Solomon also found success off the field. She landed on The Sun Conference All-Academic Team as a sophomore and junior, and last year was was also named an NAIA- Daktronics Scholar-Athlete.

“You get a lot of life skills playing for a college team,” Solomon said. “Just handling all the stress because I’m not going to say it was a walk in the park. It definitely is stressful.

“With from school, schoolwork, and practice like three hours a day, and games all day, you definitely learn how to do a little bit of time management. So time management, handling stress — I’ve always been kind of good at working in a team setting, but it definitely helps you with those types of skills because you have to deal with all types of people.”

Solomon also raved about the more intimate academic setting at College of Coastal Georgia, which made it easier for her to get closer to her peers and the faculty.

Simply put, Solomon said she went to the campus and just fell in love, and that’s why she’d implore any local student-athlete to give Coastal Georgia a chance.

“You make decisions in your life, and I think it was definitely one of the most rewarding decisions that I’ve ever made…” Solomon said. “I’ve made a lot of friends — that’s one thing about softball, you’re around these girls for several hours each day so you get really close to them. I’ve made so many life-long friends that I wouldn’t give up for anything.”