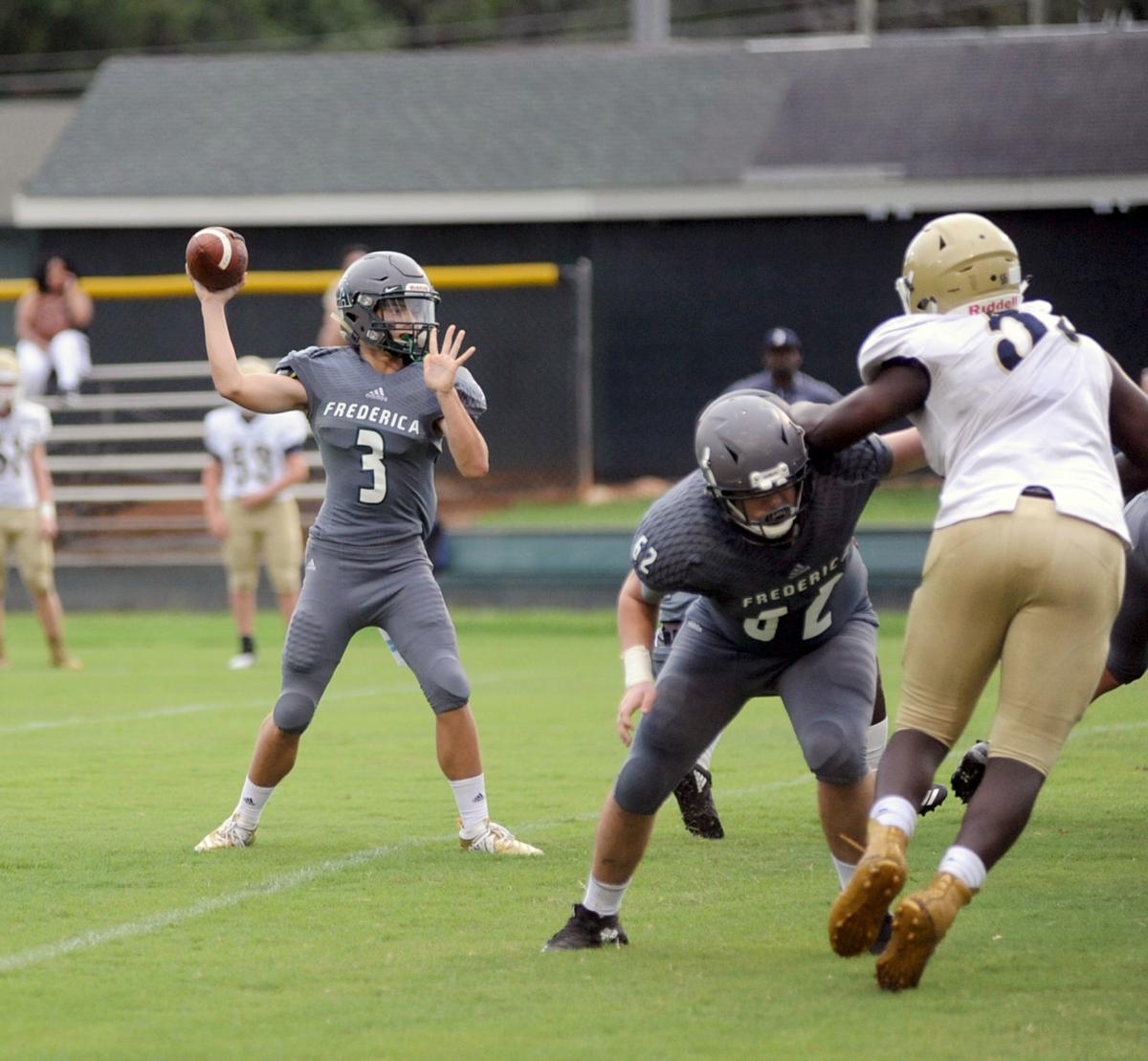 Frederica Academy’s Tyler Devlin throws a pass during a scrimmage against Bethesda Academy. 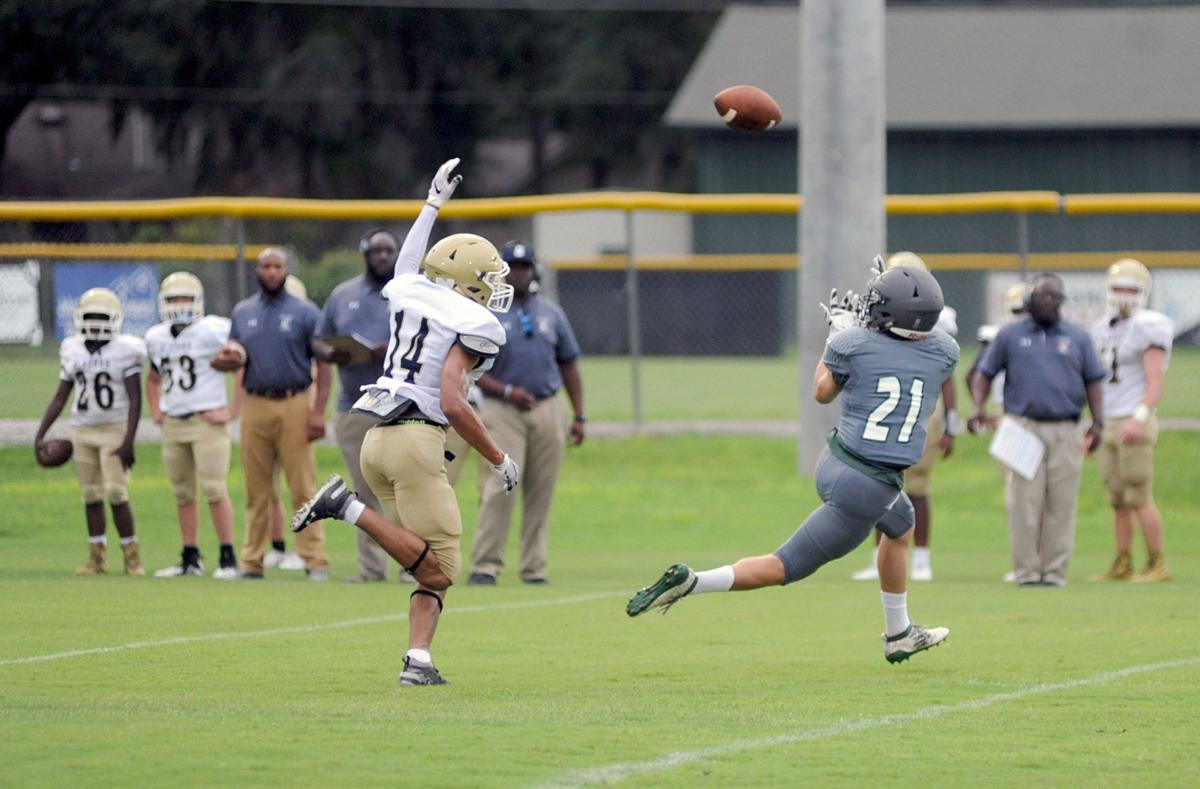 Frederica Academy’s Tyler Devlin throws a pass during a scrimmage against Bethesda Academy.

The threat of Hurricane Dorian cost the Knights their home opener last week, but the reprieve could have been a blessing in disguise.

Although Frederica Academy is set to kickoff its third straight road game to open the season at 7:30 p.m. Friday against Bethlehem Christian Academy, a week without collisions, and another week to heal up, has the team close to full strength.

With school canceled and St. Simons Island evacuated ahead of the storm, the Knights were unable to meet for practice either.

“We just rested really,” said Frederica Academy head coach Brandon Derrick. “I hope most of our kids kind of rested and got healthy. We’ve got some back this week, which is good. We’ll have a few more back next week.

“We’ll be probably about three shy of having a full roster by the time we get ready to play in the region, so that’s even better.”

The last time Frederica took the field, it came up just short in a battle against GISA rival Valwood that was tied late in the fourth quarter. As a result, for the second straight year, the Knights are off to an 0-2 start.

But as Frederica Academy proved last season when it recovered to win 10 of its final 11 games en route to a state championship — it’s not about how the team starts but how it finishes.

Looking to begin a similar streak this year, the Knights returned to school focused and put on two good days of practice before tailing off a bit Wednesday.

Facing what appears to be an overmatched Bethlehem Christian team that’s been outscored 125-0 while opening the season 0-3, the result of the contest isn’t likely to be in question for Frederica.

Instead, the Knights can call it a successful game if they resist playing down to their opponent and come out of the game unscathed.

“You want to go out and win, but you want to get as many young kids on the field and just continue to try and develop depth, and try not to get any injuries,” Derrick said. “I’m as tired of saying it as everyone else is hearing it, but we just don’t want to get hurt. Don’t want anybody to get accidentally injured out there in the middle of it.”

Some of Frederica’s greener players may see somewhat significant snaps in the duel between the Knights as Derrick and his staff look spare some unnecessary wear on the treads of players like Denver Anthony and Deke Jernigan.

There will also be plenty of rotations going on in the trenches on both sides of the ball, as well as in the secondary, where the return of some injured players will allow others to play fewer snaps.

“I think o-line, d-line, we’ll get a few more guys back, and we’ve been trying to get more rotations in there with them,” Derrick said. “We get a few more skill kids back. The thing that is big for us: we get Mason McGraw back to play some wide receiver.

“I know people think, ‘Oh, it’s one kid,’ well that one kid allows another kid to get off the offensive field so he can play defense. We can rest. It creates a little bit more of a rotation for us.”