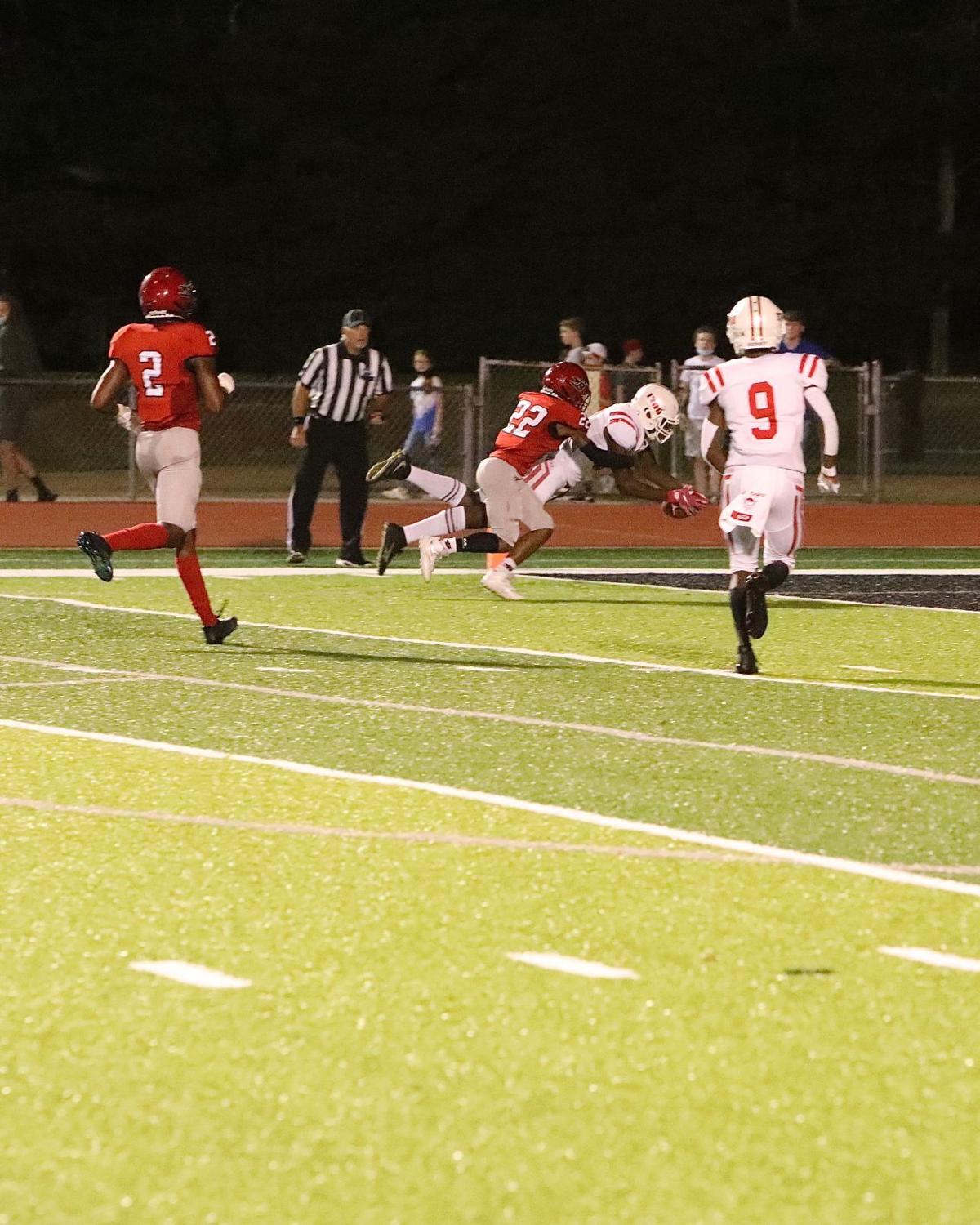 Freshman, David Prince, catches a pass from T.J. Lewis and runs the ball in to score the second Red Terror touchdown in the first half against Winder Barrow High School. 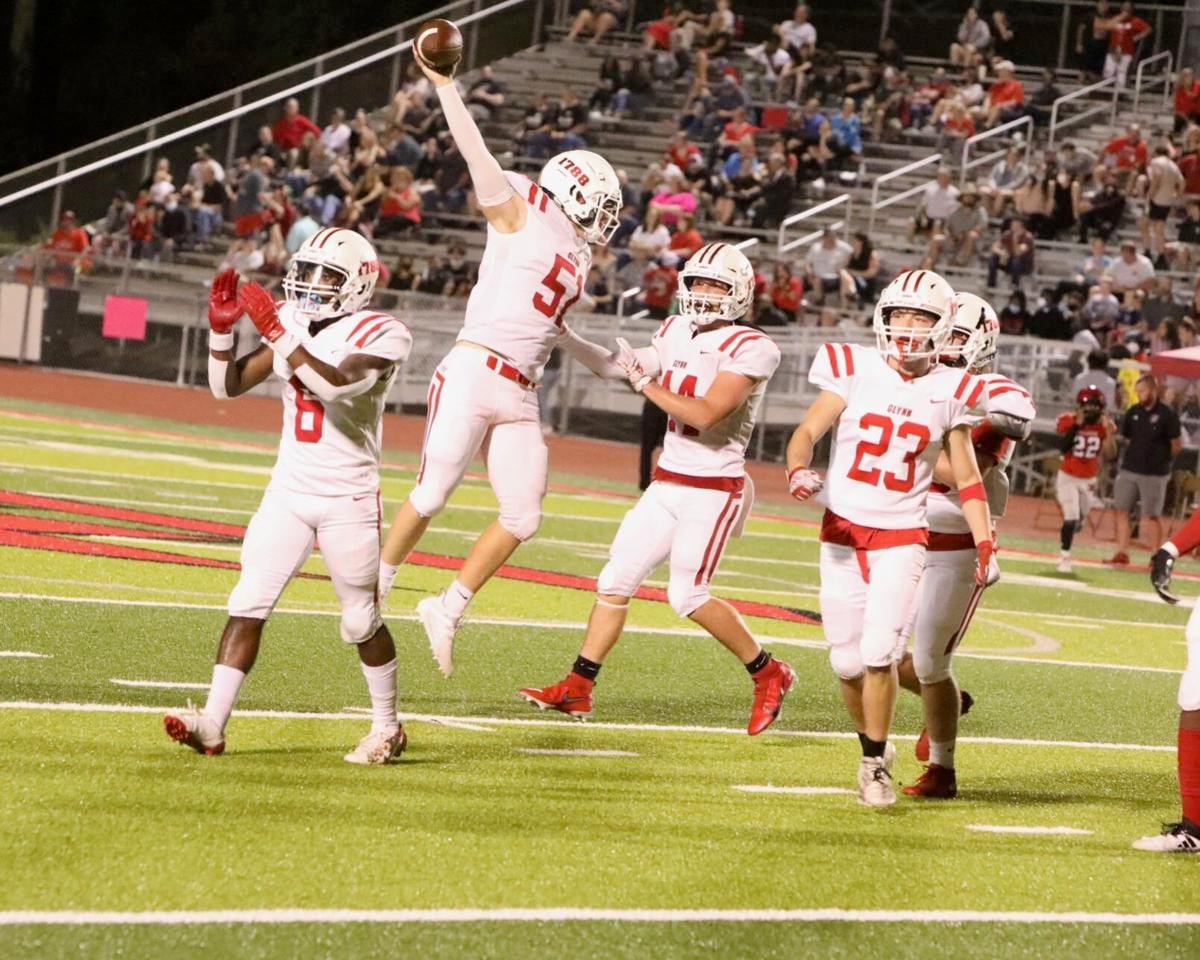 Glynn Academy celebrates the recovered fumble that leads to its second touchdown against Winder-Barrow. 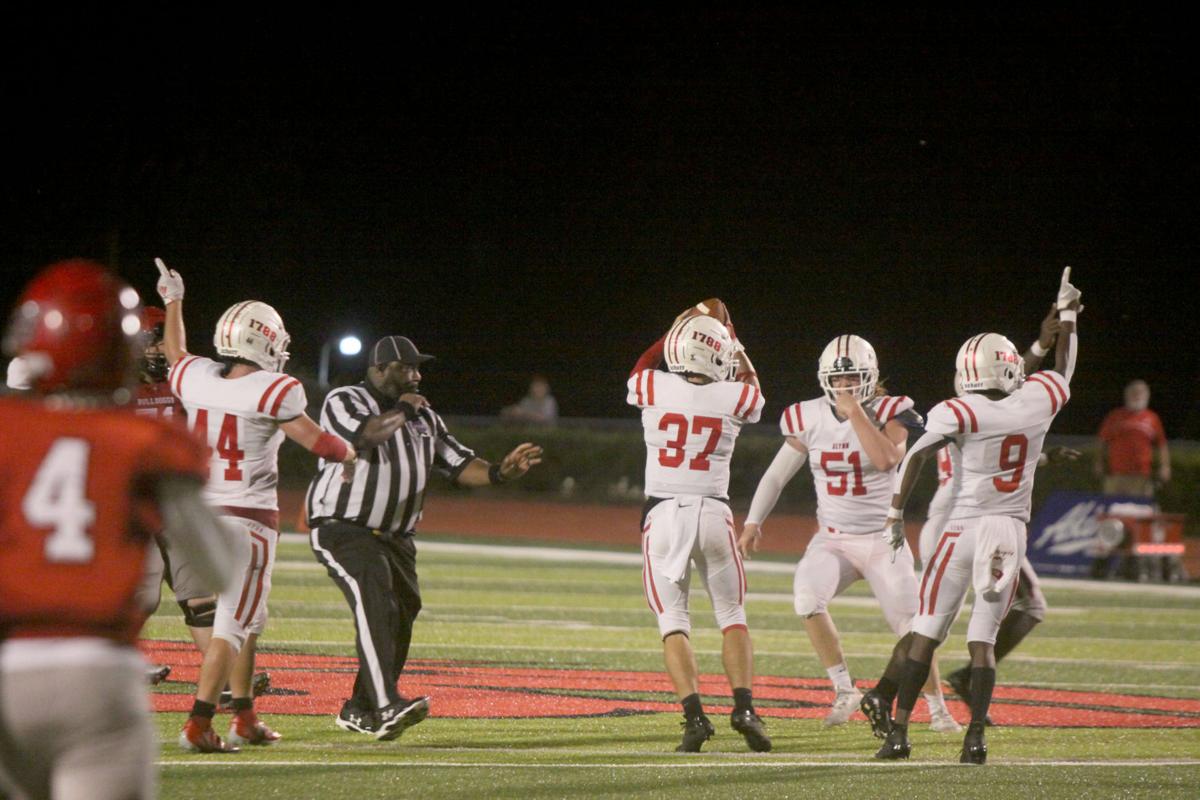 Joseph Beckham celebrates after grabbing the winning interception against Winder-Barrow.

Freshman, David Prince, catches a pass from T.J. Lewis and runs the ball in to score the second Red Terror touchdown in the first half against Winder Barrow High School.

Glynn Academy celebrates the recovered fumble that leads to its second touchdown against Winder-Barrow.

Joseph Beckham celebrates after grabbing the winning interception against Winder-Barrow.

Glynn Academy’s football team found a way to win Friday night as they went on the road and defeated Winder-Barrow 21-14.

The Red Terrors defense got the first score of the ball game as Cameron Joseph blocked a Bulldogg punt and returned it for a touchdown.

Winder-Barrow responded by scoring off a Glynn Academy fumble toting it 55-yards for the score. However, they missed the extra point, which made the score 7-6 in the second quarter.

Glynn Academy’s T.J. Lewis connected with David Prince for a 31-yard pass to make it 14-7 at the half.

Terrors’ running back Caden Hutchinson opened the half up with a big 18-yard run, but shortly after, the Terrors failed to keep the drive alive. This trend happened multiple times throughout the game. Glynn would get a little momentum here and there, but the Bulldoggs defense would either find a way to stop them, would have a penalty or a turnover would happen.

Coach Rocky Hidalgo wasn’t very happy with how his guys play, but was glad they got the win.

“We didn’t play very well,” Hidalgo said. “We got a lot of work to do. I’m happy we won. I think defensively, we played really hard, but there were too many mistakes. Offensively we didn’t do a whole lot of things right tonight, and that was disappointing.”

Winder-Barrow opened up the second half and scored in the third quarter. Starting quarterback, Trevor Summerfield connected with Stewart Allen for a 49-yard touchdown. Then J.C. Green toted it in for the two-point conversion making it 14-14.

The two teams knocked heads throughout the ball game, executing off each other’s mistakes.

While the offense couldn’t get a lot of rhythm going, Hidalgo thought his defenses’ effort was good.

“We played tough on defense all night long. I was proud of our effort,” Hidalgo said. “I think there are some things I think we can do better over there. We played hard-nosed, physical football over there and controlled the game all night long. That’s the reason we walked out of there with a win.”

As the fourth quarter progressed, it went back and forth until Joseph Beckham made a huge play by intercepting Summerfield.

However, it was Lewis who made the big play to give the Terrors the win. He juked and made folks miss scoring on a 25-yard run to make it 21-14.

“It was a huge play at that moment. We needed a big play,” Hidalgo said. “We were going to have to win with a big play because we couldn’t put together two plays back to back where all 11 guys did the correct thing. It was going to be a big play that won the game or a big play that lost the game.”

Glynn Academy improves to 2-1 on the season as the Terrors head into the first bye week of the season.