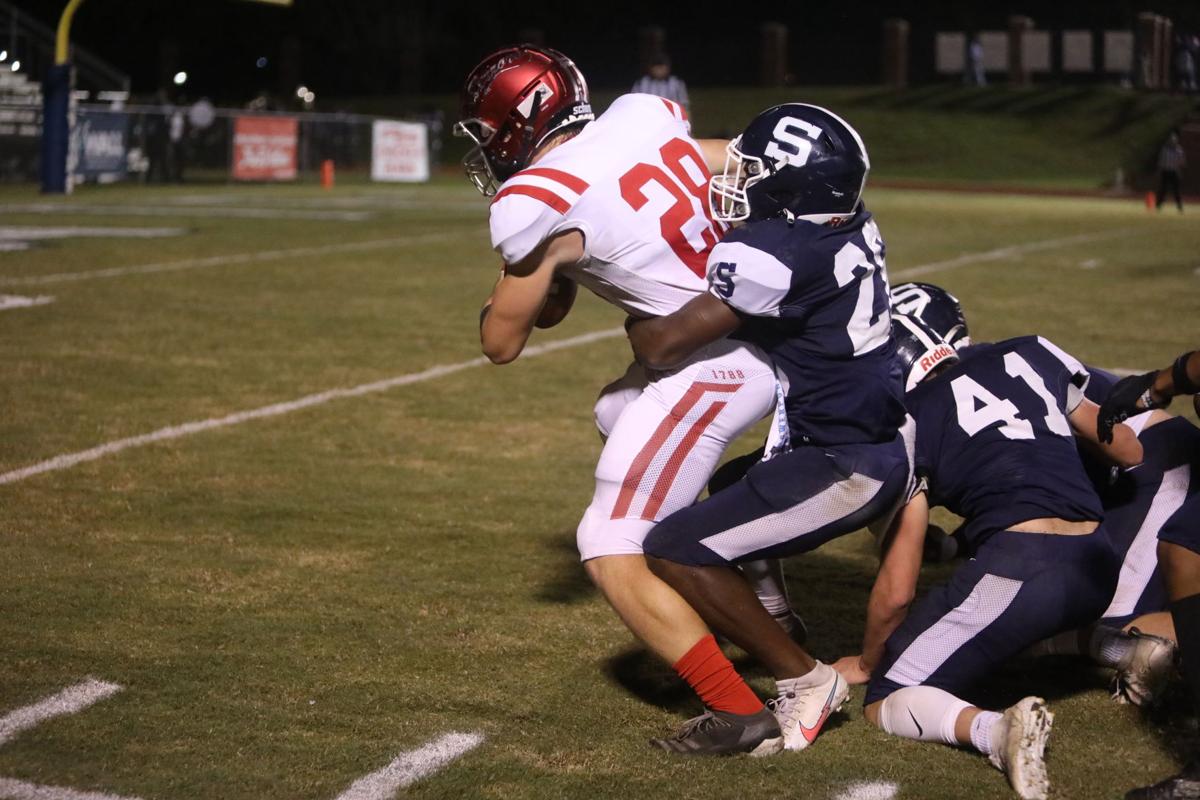 Ryan Seay makes the catch and then fights for Red Terror extra yardage. 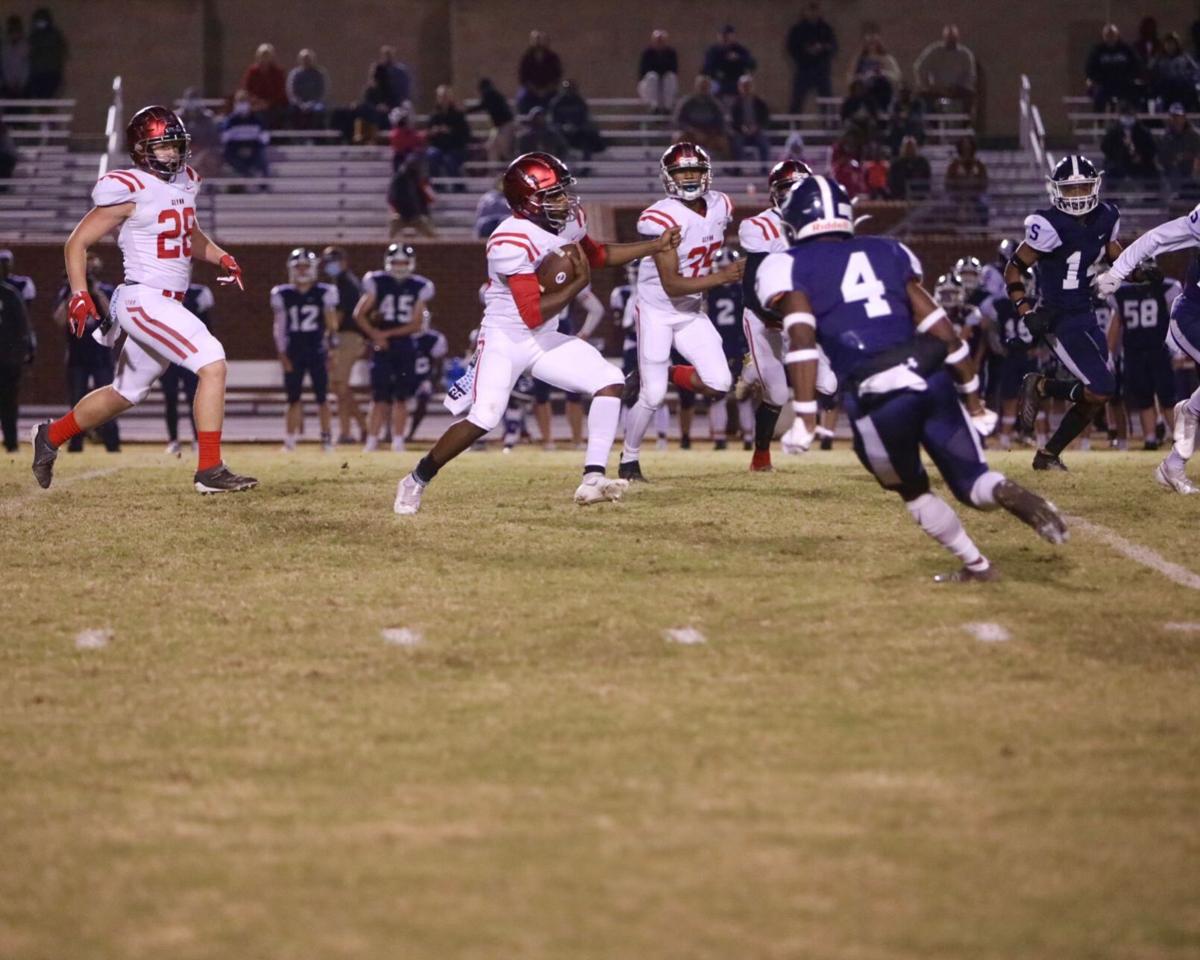 Ryan Seay makes the catch and then fights for Red Terror extra yardage.

Glynn Academy’s team went on the road and shut-out Statesboro in their final regular-season game as the Red Terrors won 28-0.

“We were a little sloppy at times, but defensively we hung in there and kept them out of the end zone,” Hidalgo said. “Offensively, we did a lot of good things. We made a couple of mistakes that cost us here and there, but we made some good plays.”

Starting quarterback T.J. Lewis and the offense handled their business on Friday night, but Hidalgo said it was Jayden Drayton that had an incredible game.

“I think T.J. played exceptionally well tonight,” Hidalgo said. “He was being very decisive with the football and running downhill. I think Jayden Drayton played an amazing game — he played every snap on defense and just about every snap on offense. He plays on both sides of the ball.”

Hidalgo said Drayton is one of the best players in southeastern Georgia and has been one of the consistent spots on the team, plugging in wherever he’s needed — be that in the secondary or on offense.

Glynn Academy had a lot of adversity to overcome this year, and Hidalgo said he’s so proud of them for overcoming it and winning the region title.

“I’m really proud of the kids and honestly as proud of our kids as any group I’ve ever coached,” Hidalgo said. “They’ve handled a lot of adversity — obviously everybody had to deal with COVID. With the injury situation, kind of having to restart the season — went to work every day and got better. They really wanted and earned this region championship.”

Glynn Academy moves to 7-3 on the year and 5-1 in region play heading into the playoffs. Since the Red Terrors won the region, they’ll host the first round of the playoffs next Friday.