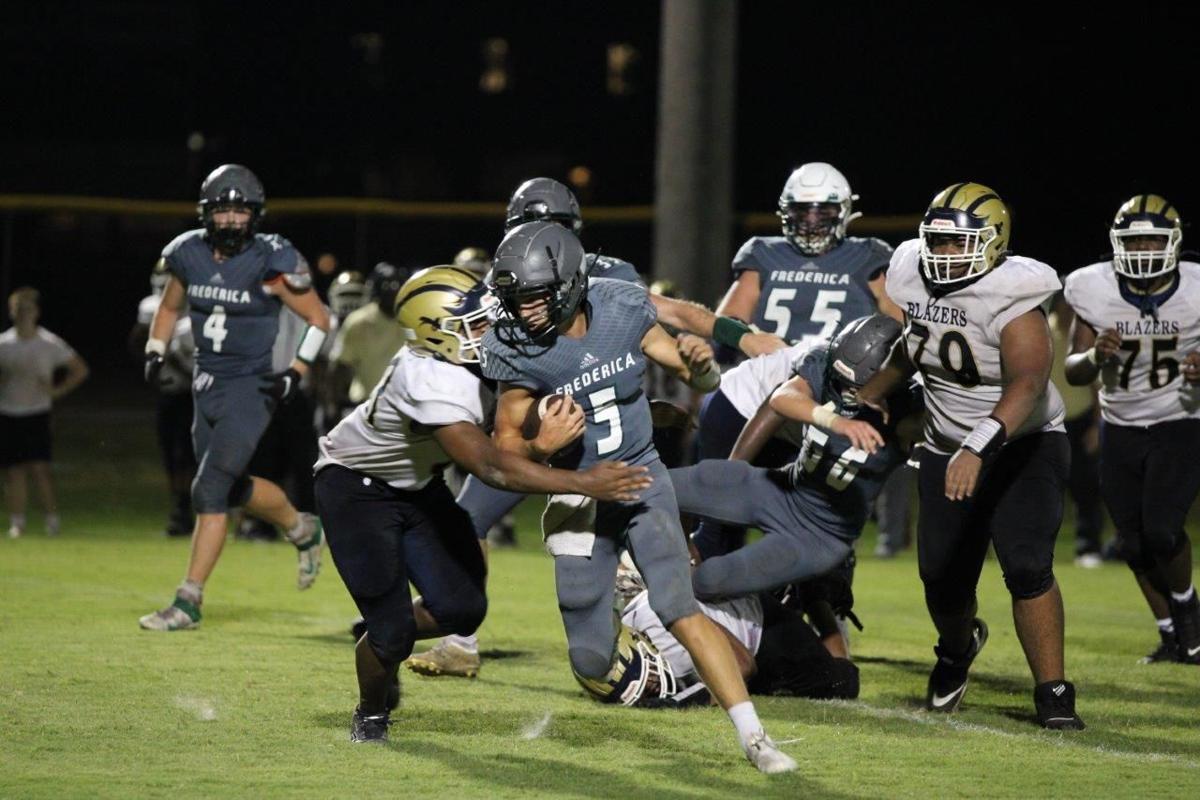 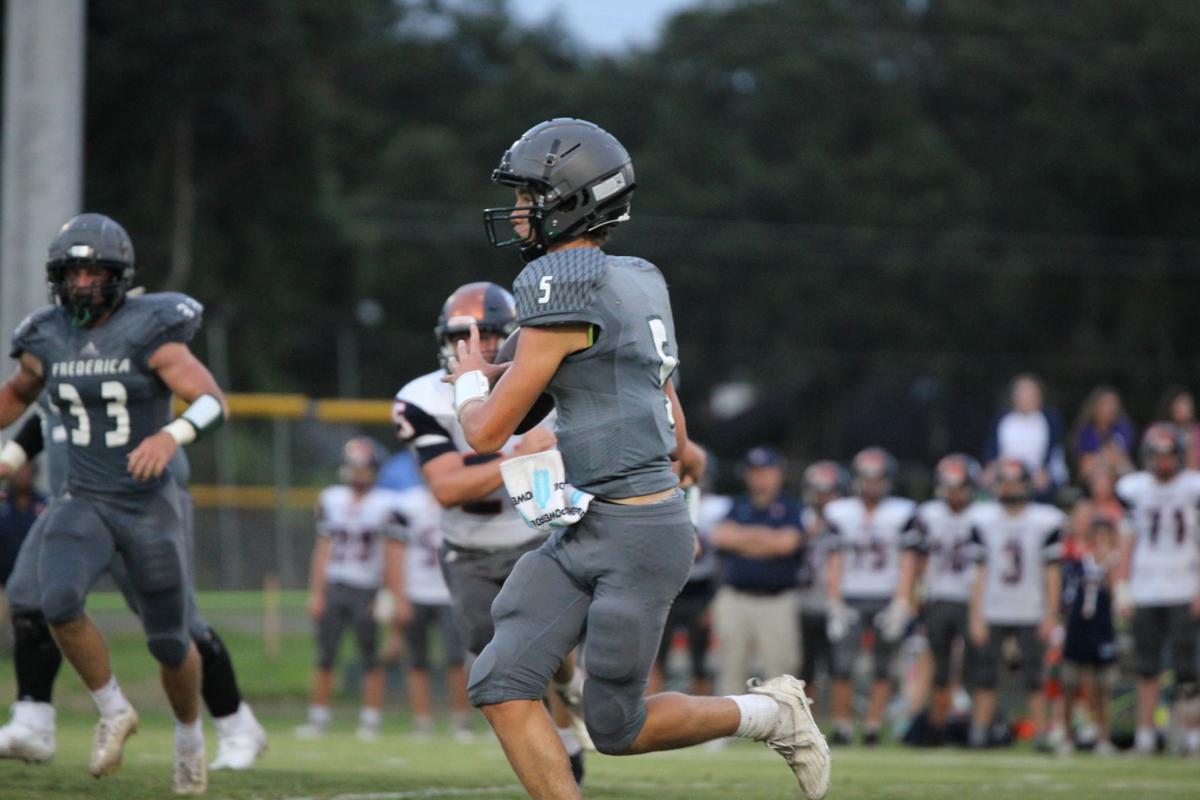 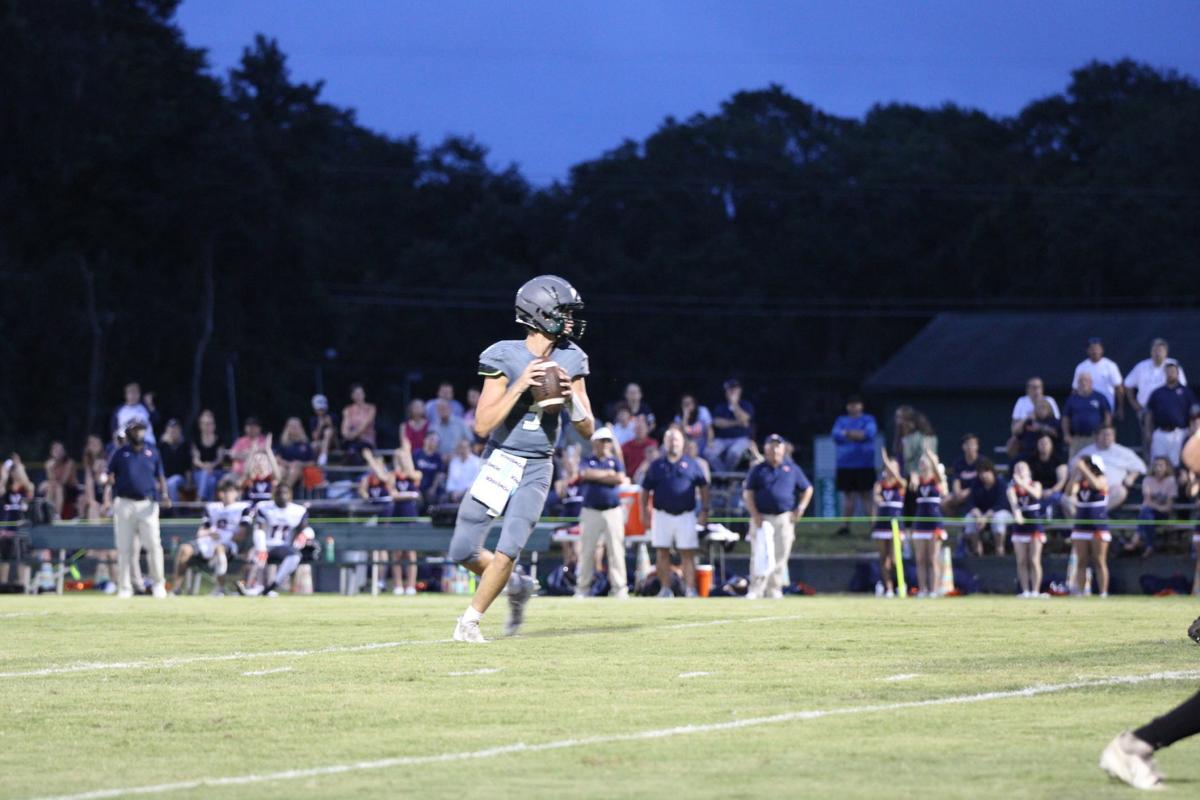 Frederica Academy’s bye week comes at a crucial point in the season.

Not only were the Knights able to rest up and work on a few wrinkles, but their senior quarterback Thomas Veal returned to the practice field after his injury.

Veal broke his left arm in the Valwood game and was eagerly waiting to return as the Knights dropped four straight games.

Head coach Brandon Derrick said Veal was cleared to resume practice during the bye week and immediately wanted to make sure they were going to throw the football.

“He’s excited,” Derrick said of Veal returning. “We are excited to have him back. It’s a big lift for us and our kids feel pretty good that we can go out and compete.”

Veal in his lone game this season had two touchdown passes, connecting with Bryce Reilly and Jordan Triplett.

Since his injury, the Knights became more of a run dominant offense without the starting signal caller.

Now, as Veal returns to the field, his experience running the offense will give Frederica more balance.

“It gives us a chance to have a downfield threat when we throw the ball down the field,” Derrick said. “It takes away a little bit of the running game right now with a broken arm, so we probably aren’t going to be running the quarterback a whole lot.”

Derrick said it’s OK if Veal doesn’t run the ball as much as he normally does, because the team still has skill players around him to make plays.

“What we will do is go in and do some things to get Jordan out of the backfield every now and then and use him as a decoy,” Derrick said. “He’s going to be a guy who’s going to run the ball. He’s going to have to touch the ball 25-30 times a game. We got to get Bryce the ball 10 times and Blake (Holloway) five to seven times. TJ (Thomas Jackson) we gotta get him the ball out on the perimeter and let those guys make some plays. It gives us a chance to go a little bit more vertical. Where we didn’t have the chance to go vertical early on. It’s big for us to stretch the field.”

The offensive line had to adjust to Veal’s injury by becoming a run block line and creating holes for Reilly and Triplett. With Veal returning to the field, Derrick and his staff have installed the Run-Pass Option to get quick blocks out of the line.

“We are going to do a lot of quick RPO stuff,” Derrick said. “Attack down the field and read it and run. If it’s there we hand it off, if its not we throw it right where the guy is supposed to be and hit them in these holes.”

Derrick said Veal’s return will bring back a chunk of the offense that they lost with him on the sidelines.

With five games left in the regular season, Derrick said he’s not worried about Veal having any jitters as he returns to the field.

“Thomas is a senior and he’s pretty much ice water in the veins,” Derrick said. “He’s just ready to go back and play.”

Derrick said he was asked by a few people if they would be taking a cautious approach for Veal, his answer was no.

“He’s a senior and he’s only guaranteed five games right now,” Derrick said. “What you do is you let him go play and if he tells me it’s bothering him or something, I will pull him out but until then, we will let him go out and play and let him get his five games in.”

As Veal returns to the field in front of the Knights faithful, the coaching staff wants him to have as many reps as possible to get back to game speed.

“He’s going to have to get back in game shape because it’s a game,” Derrick said. “He hasn’t been able to do a whole lot. He’s been out practicing a bunch, he’s been running, but he’s gotta get back to game speed and I’m going to let him play as much as possible until he tells me when.”

With the small roster the Knights have, Veal will be returning to the defensive side of the ball too. Derrick said Veal wanted to play both sides and they will monitor him and substitute him if needed.

“For the most part he’s going to be on the field,” Derrick said. Throwing him back in the fire, that’s what he wants.”