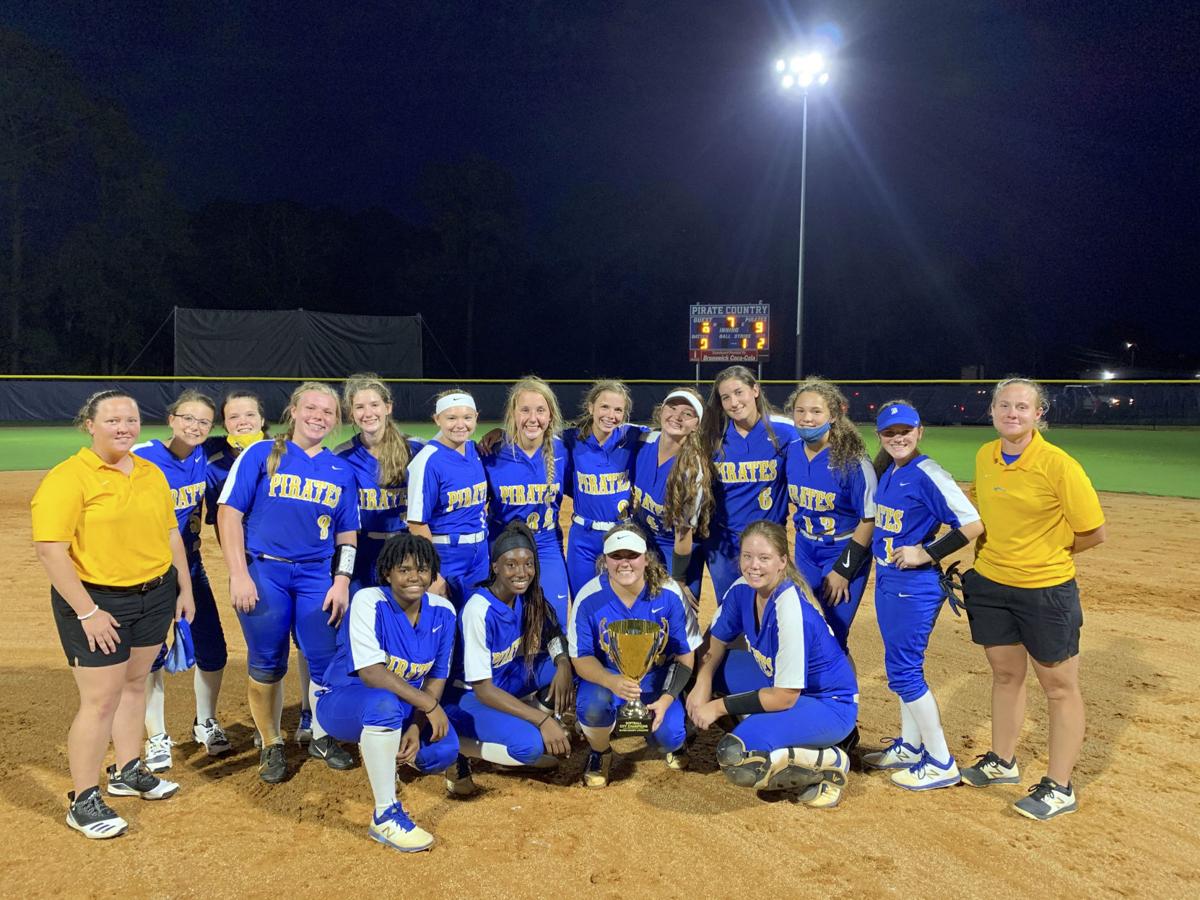 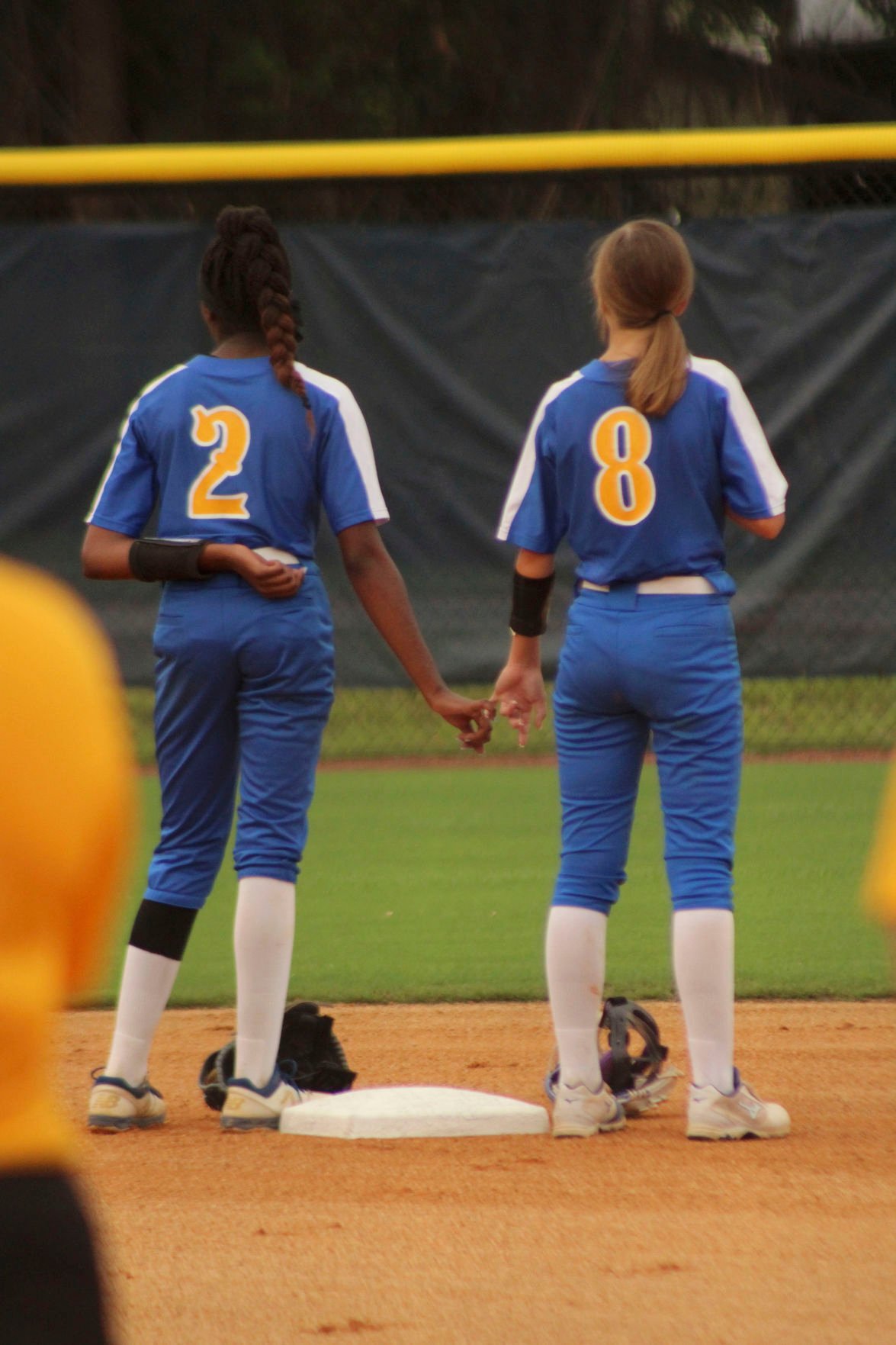 Senior Kalyn Harris, left, and freshman Emilie Trawick stand for the anthem before the city championship game on Monday. 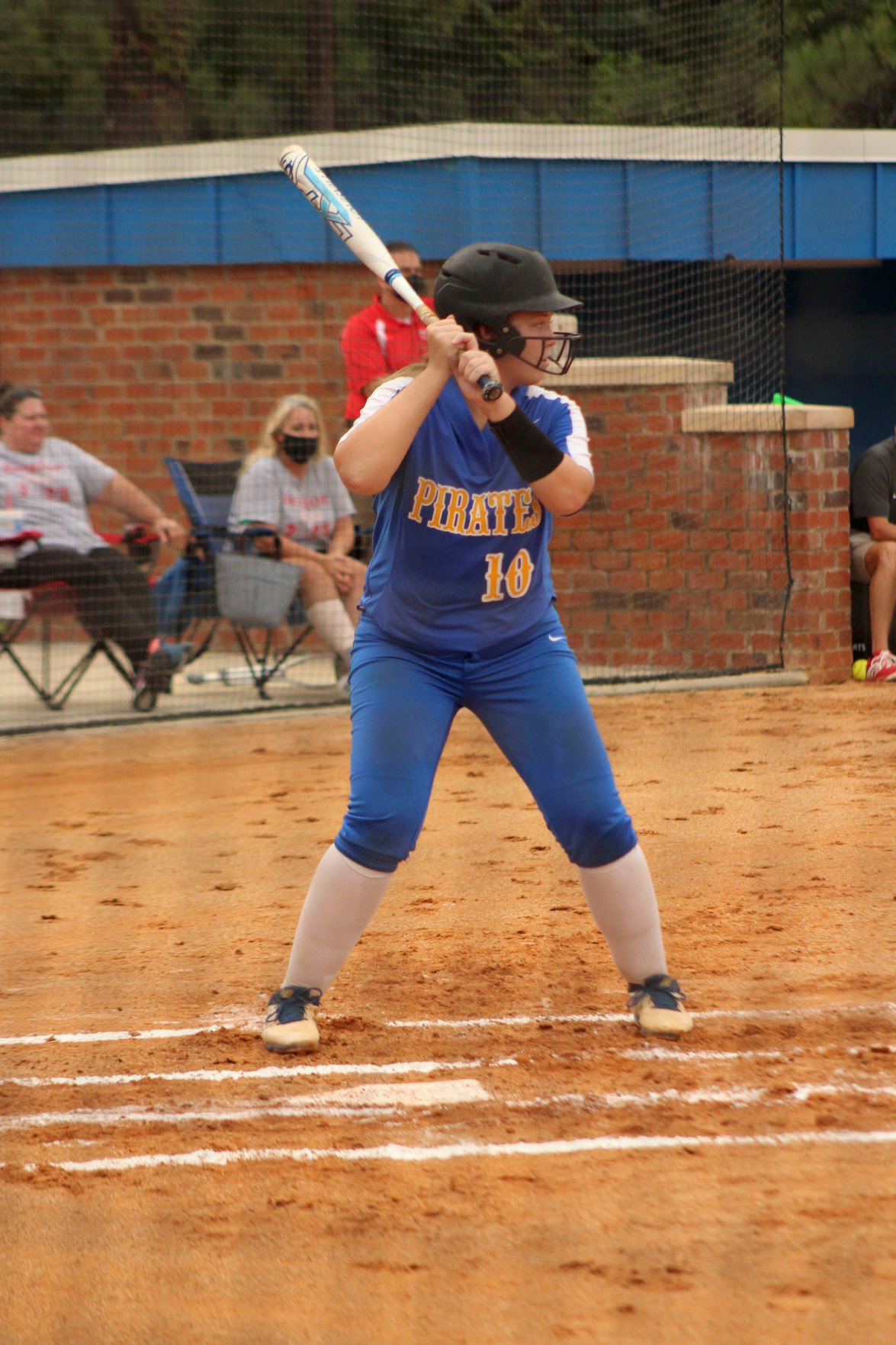 Senior Molly Williford waits for a pitch against Glynn Academy. 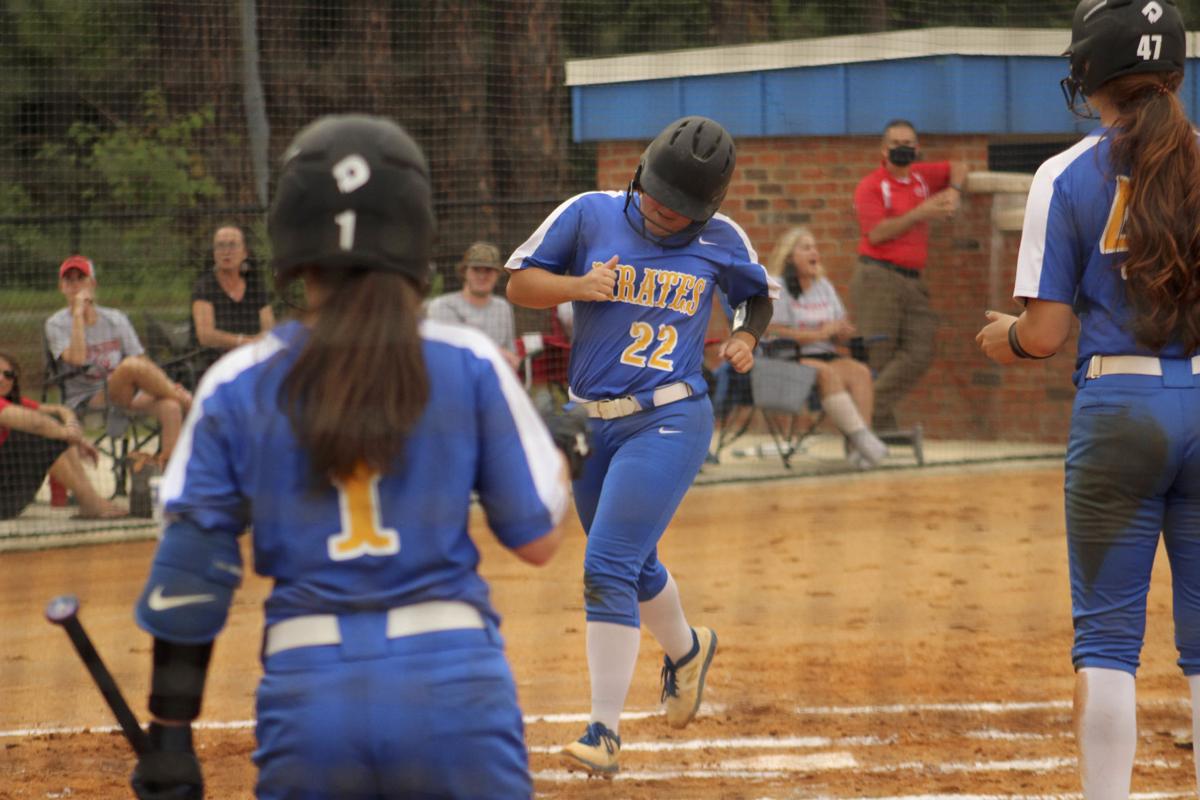 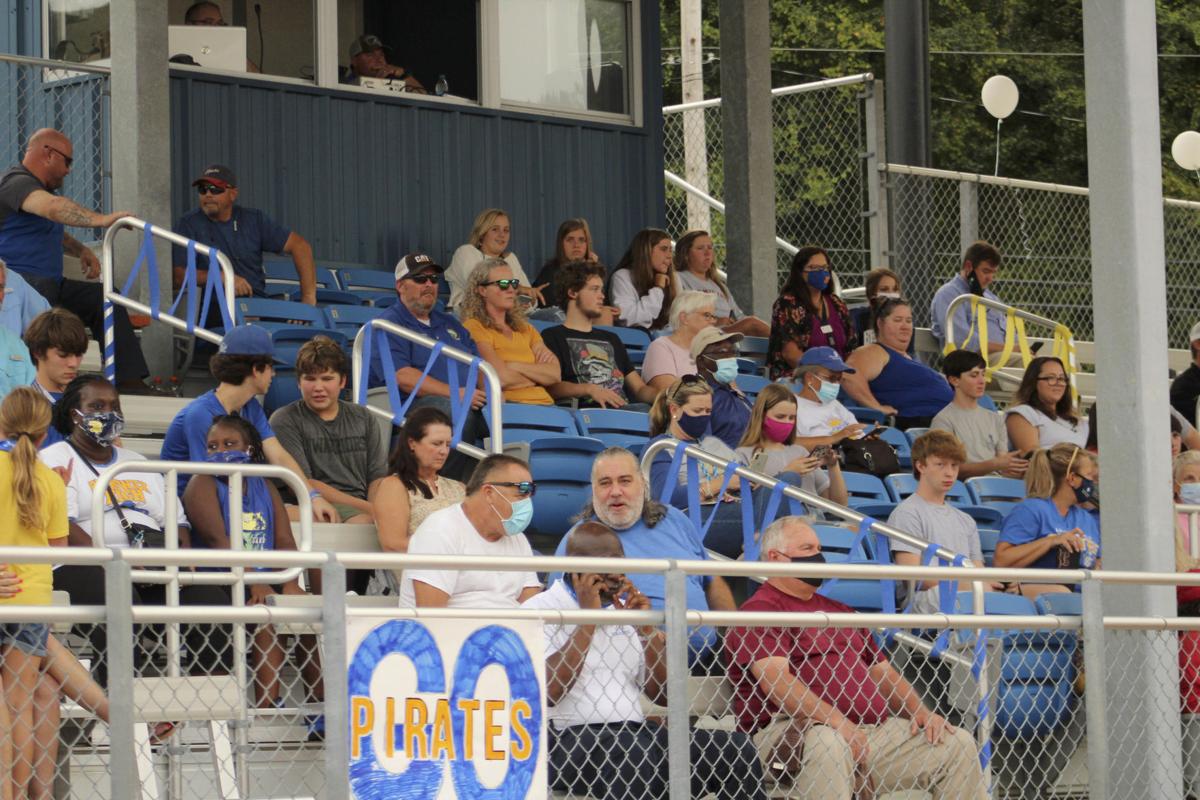 The Lady Pirates and Terrors had a large crowd for the city championship game on Monday at Brunswick High. 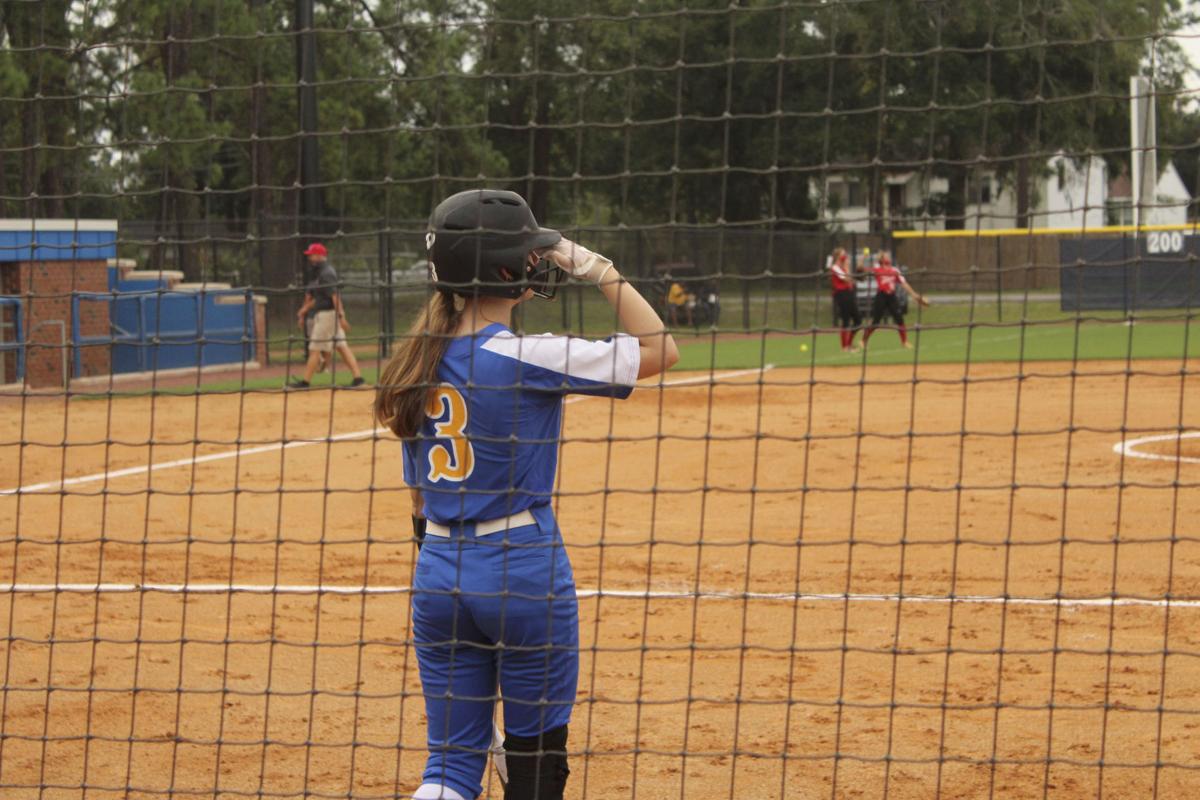 Brunswick High's Makayla Ponsell waits for her at-bat against Glynn Academy on Monday. 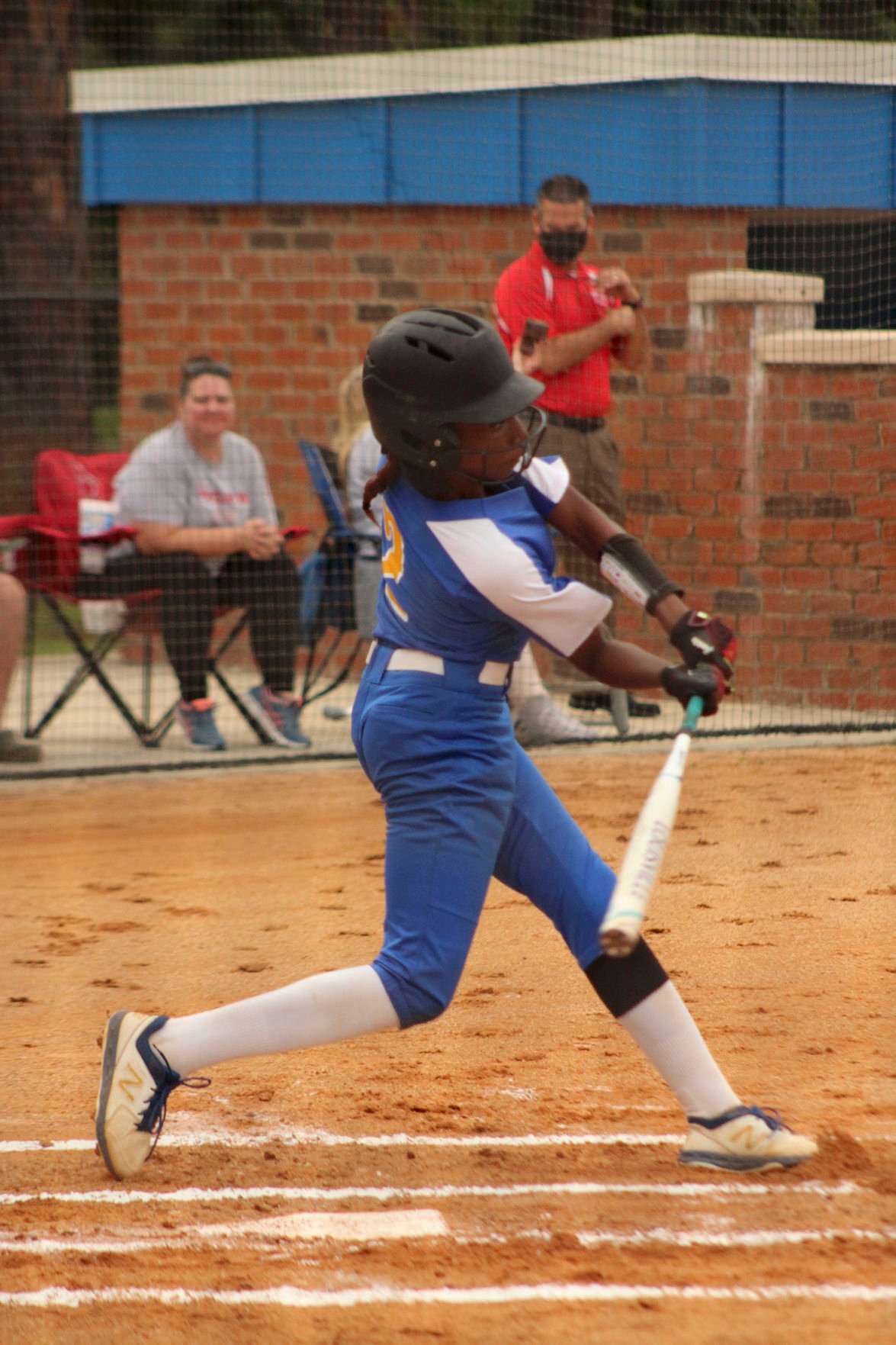 Senior Kalyn Harris, left, and freshman Emilie Trawick stand for the anthem before the city championship game on Monday.

Senior Molly Williford waits for a pitch against Glynn Academy.

The Lady Pirates and Terrors had a large crowd for the city championship game on Monday at Brunswick High.

Brunswick High's Makayla Ponsell waits for her at-bat against Glynn Academy on Monday.

Brunswick High’s softball team gets to keep bragging rights after beating Glynn Academy 9-6 on Monday for the 2020 City Championship.

Despite being 2-8 overall, the Lady Pirates showed grit and tenacity against the Terrors. Earlier this season, Brunswick fell to Glynn 5-4, but it was a different story Monday.

Usually, the City Championship is decided after a three-game series. However, the two coaches decided to have it winner takes all after Game 2.

Brunswick coach Nicole Bailey said she thought her girls had the best energy they’ve had all year.

“The girls fought the entire time,” Bailey said. “Every inning, we came in with the mentality of win each inning, and that really paid off for us. This game is very important to this community, and it’s very important to the kids. So we make it a priority in our program to strive to make that like a goal for us every year to bring that home.”

Bailey said this win could turn their season around and gives the girls a confidence boost.

“I think this is a big game-changer for us,” Bailey said. “The girls see it as like a turning point and something we’ve been working for, and when you achieve what you’re working for, it clicks with the kids.”

Eight different Pirates scored on Monday, securing their second win of the season. Games like the City Championship are often won on momentum, and while the Pirates lost it in Game 1, they managed to maintain on Monday.

“With games like that, momentum can change at any time,” Bailey said. “At any point in time, it can shift, and if you’re not staying focusing in the game the whole time, then the other team can take advantage of that.”

Bailey is in her second season as the head coach for the Lady Pirates and has won back-to-back City Championships. Since she took over at Brunswick, there has been a culture change.

She wants her teams to be full of energy and tenacity. Bailey said she wants her girls to go fight and conquer whatever the situation is.

“That’s exactly the type of culture I want to bring,” Bailey said. “I want to bring a culture of passion and drive — being able to see my kids go out every day and play as if it’s their last game. That’s kind of what I’m looking for is the mentality of leaving it all on the field.”

It’s a process, and Bailey said each game, something happens that makes the girls understand the mentality they need for success.

Harris is one of the leaders on this team, and Bailey said she embodies what she’s trying to do for the program.

“Kalyn won the positive athlete award for Georgia last year, and she kind of embodies what it means to be a positive athlete — she’s always sharing,” Bailey said. “She’s always trying to get better. She is like our prime example of what we’re looking for with that.”

Bailey said her freshmen are also buying into this culture. Even if they don’t always get a ton of playing time, they know their part and contribute.

“They’re always up in the dugout, and there’s never a negative attitude,” Bailey said. “So that’s something that’s also kind of helped me push us in the right direction.”

Bailey brings this culture from her time as a college athlete and coach as she was on a college staff for three years. It’s that mentality her college coach showed her that she wants to pass on to her girls.

“He was always all in, give everything you got every time you play or you coach,” Bailey said. “You leave it on the field, and that’s just something that really taught me to love the game more. When I saw my coach jump off a bucket and get excited or fist bump people — like it got me excited. That’s the type of mentality I want to bring here.”

Bailey is halfway through her second season as the coach and sees the softball culture starting to grow here in the Golden Isles.

“I’ve watched some middle school stuff, and I’ve watched some travel ball in the area,” Bailey said. “I’m hoping that they’re seeing my love and passion for the game and want to adapt that into their style of play.”