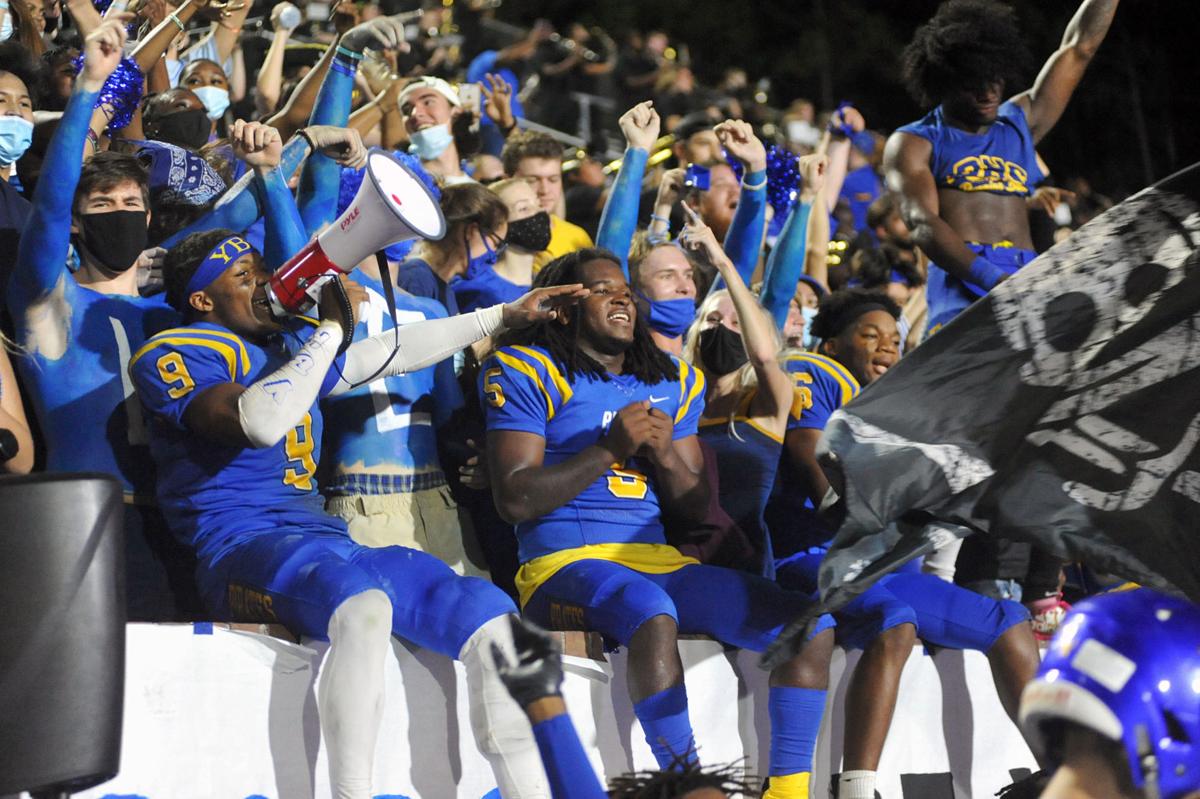 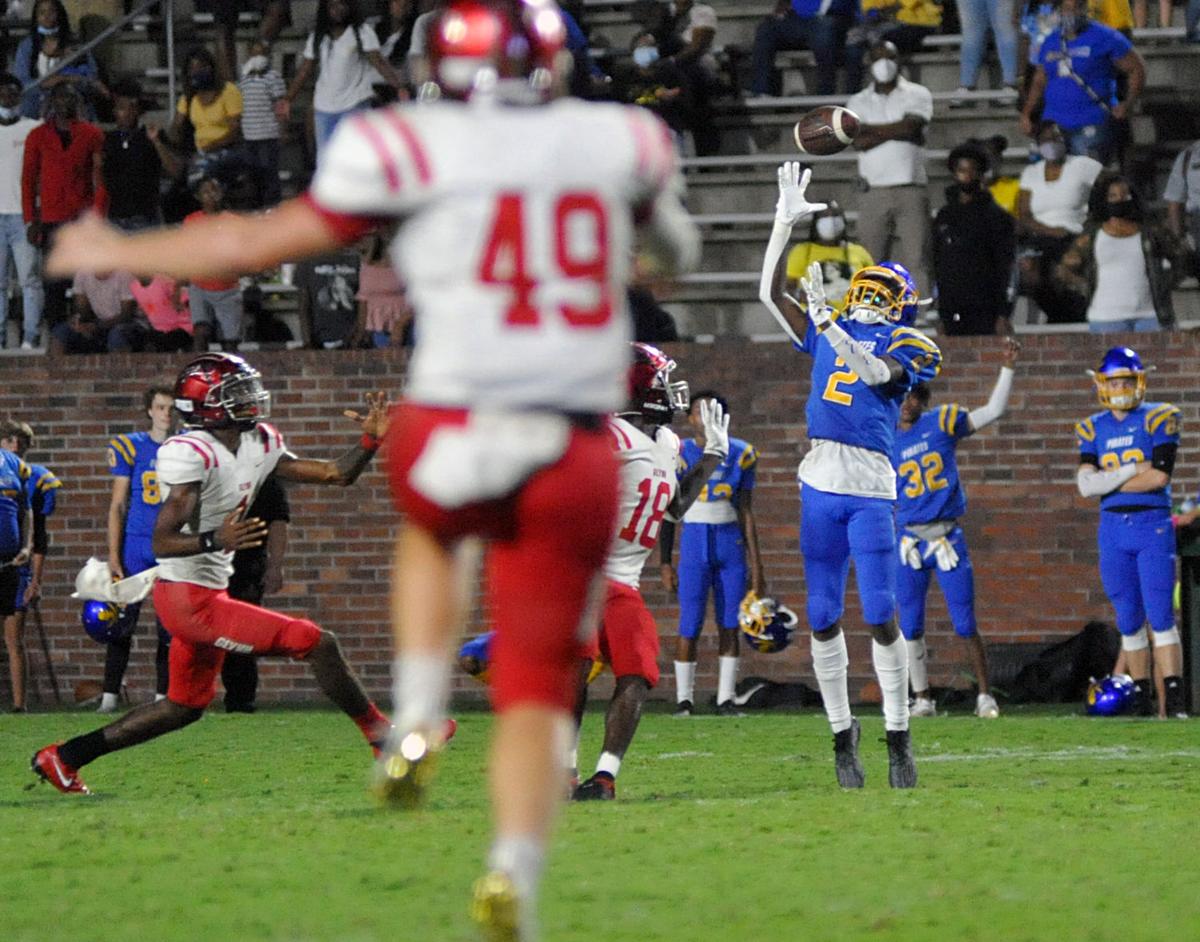 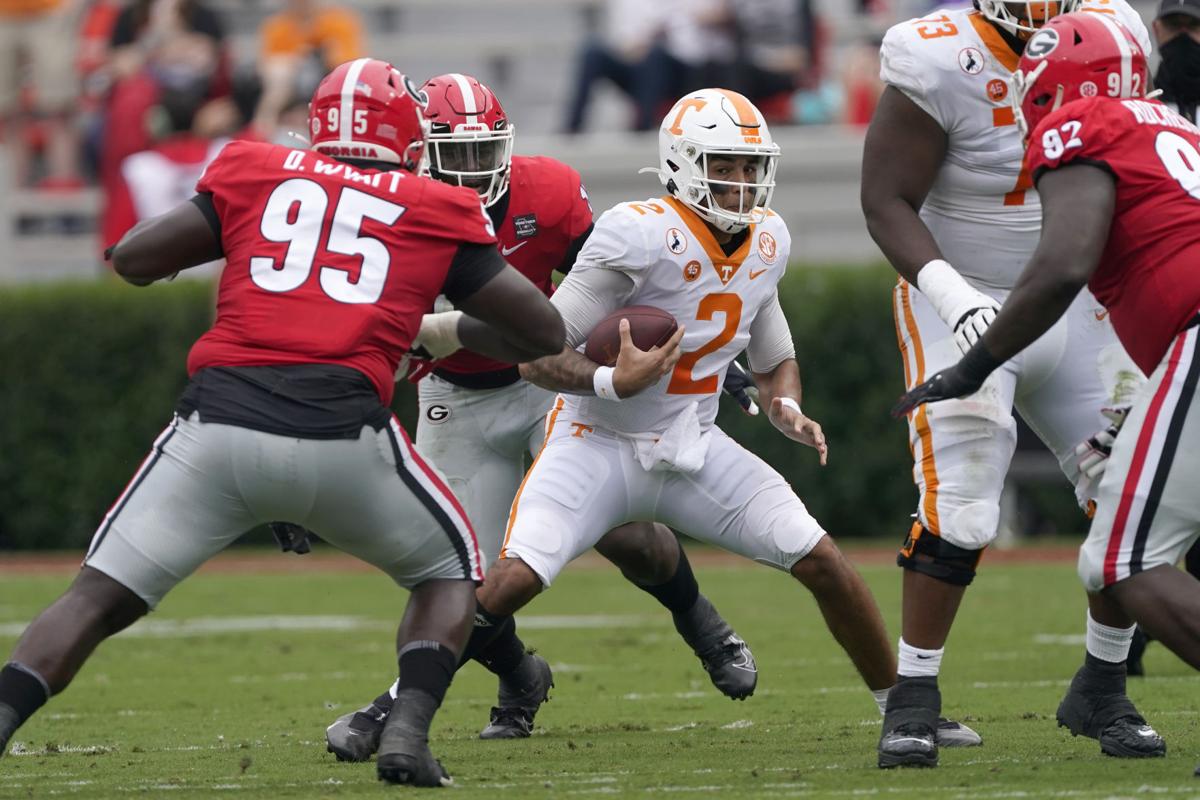 Tennessee quarterback Jarrett Guarantano tries to escape Georgia defenders in the first half of Saturday’s game. 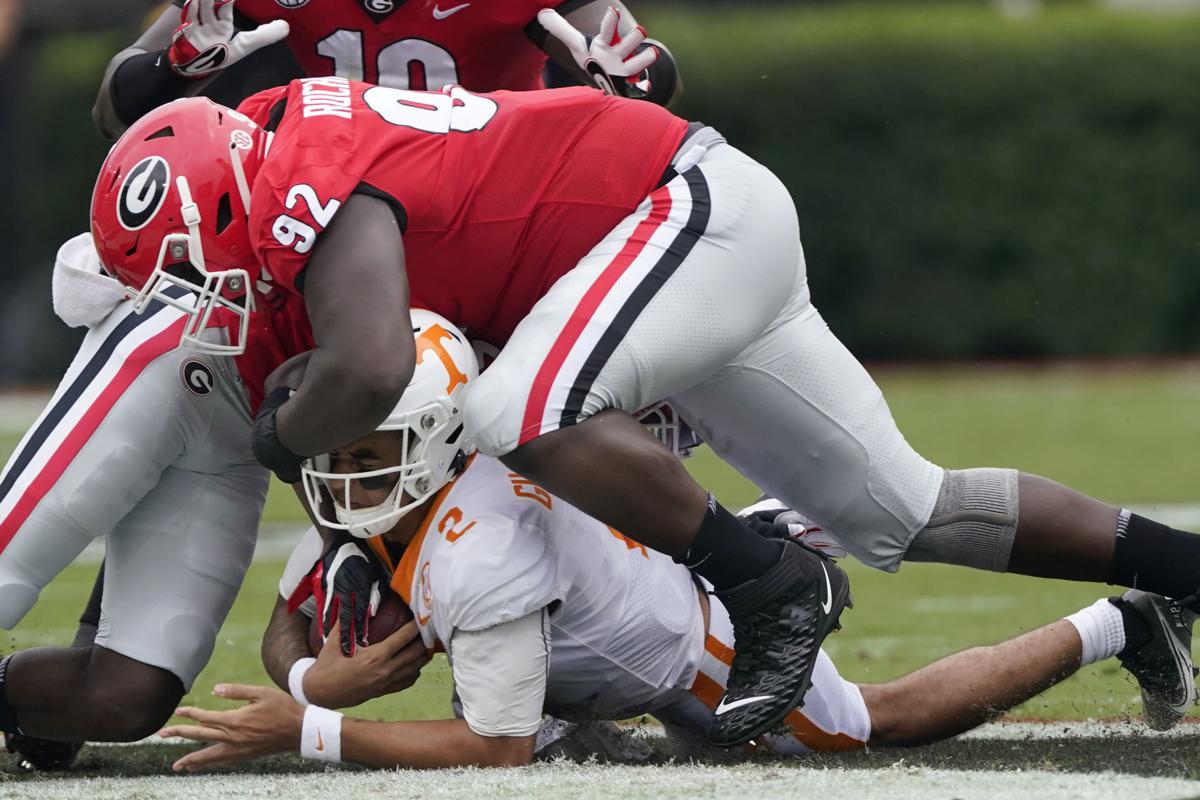 Tennessee quarterback Jarrett Guarantano is brought down by Georgia defensive lineman Julian Rochester (92) after a short run in the first half of an NCAA college football game Saturday.

Tennessee quarterback Jarrett Guarantano tries to escape Georgia defenders in the first half of Saturday’s game.

Tennessee quarterback Jarrett Guarantano is brought down by Georgia defensive lineman Julian Rochester (92) after a short run in the first half of an NCAA college football game Saturday.

It was the weekend of ending streaks in the world of football.

From Brunswick High ending a six-year drought over Glynn Academy to Georgia football ending the Volunteers eight-game winning streak, the football gods made it one wild weekend.

It was only right to take one week off from a golf column and solely talk about football this week. Golf will be back next week, but it’s all about what the Bulldogs and Pirates achieved Friday and Saturday.

Friday night’s game was my second ever City Championship, and it was one of those games that makes people love football even more.

Regardless of what side you were on, that game was an instant classic, and both sides should be proud of their team. Both teams gave it everything they had for the entire game, and boy, what a finish.

I mean, ESPN couldn’t have wished for a more incredible ending. Those moments are what makes football special.

It’s what makes the future of this rivalry and the game in general so incredible. Anyone who didn’t like that game doesn’t like football.

Brunswick came into the game with a chip on their shoulders, looking to defeat the Red Terrors. The Pirates quickly scored on them, but it wouldn’t have been a rivalry game or an instant classic without the Terrors making it interesting.

It’s what should make winning even sweeter because they outright earned it. I’m sure some Pirate fans would have liked to blow out the Terrors, but close wins over your rivals are just sweeter in my opinion.

Brunswick persevered over every bit of adversity thrown at them. They refused to get down when something didn’t go their way, and in the end, it was worth all the ups and downs.

That tenacity is what makes me love football, especially at this level. Those players for Brunswick will forever remember that night because they weren’t going to lose no matter what. They fought until they couldn’t anymore, and it resulted in them coming out on top.

An instant classic is the best way to describe it. As a football fan, it gave me flashbacks to the tipped pass against Auburn in 2013 or even the Kick Six Iron Bowl. Those kinds of finishes when you’re on the winning side just hits differently, and you could see it on every player’s face after the game.

When Tyrease Jones caught K.J. Lee’s pass, there was no stopping him from getting to the end zone. Fate and the stars aligned when that happened, and it was a perfect moment.

They were crying tears of joy, hugging and displaying just sheer happiness on that field. Just seeing how their hard work paid off, I wanted to give them a shout out. Since I got here 18 months ago, I’ve seen the Brunswick High football team transform and become more together than ever. Their “All about the Family” motto is why they won that game.

I had a sneaky suspicion before the game that something wild would happen — watching that awesome video of former Pirates wishing their team good luck. From Tracy Walker and Justin Coleman opening it up to current Georgia Bulldog Warren McClendon and everyone else in between giving them a shout out, it had to provide them with that last bit of ‘oomph’ to make it happen.

Give Glynn credit for making the Pirates earn it, but after six years, Brunswick High rightfully earned those bragging rights for the next 12 months.

While the Pirates persevered Friday night, the Bulldogs did Saturday. It wasn’t pretty by any means, but they overcame the mental mistakes and got the win. Like Brunswick, they snapped Tennessee’s 8-game win streak — even though that stat wasn’t nearly as impressive as it sounded.

To hold an SEC offense to -1 rushing yards is quite the feat and one the Bulldogs should brag about for a while.

I know havoc was a big word for the 2019 season, but it should be permanently put by Georgia’s defense. They should be known as the Havoc-wreaking Junkyard Dawgs.

Without exerting their dominance on Tennessee, I don’t know that Georgia’s offense would have gotten the job done. Keeping Tennessee’s defense on the field allowed Georgia to run the ball and wake up the offense.

I can confidently say that Georgia’s defense is the best in the SEC right now, and they continue to get stronger.

The Bulldogs offense found some rhythm in the second half, but there were too many mistakes. George Pickens cannot be that immature, and I hope Kirby Smart makes him run Sanford Stadium for having that happened.

Georgia’s offensive line could have performed better as well, but I will give some credit because even when the run game didn’t work, they kept at it until it did. Last season Georgia wasn’t able to do that, and while the real test will be this coming up Saturday, I consider it progress.

However, the defense’s inability to give up made it all happened and gave the team that much-needed spark.

Perseverance and tenacity are vital when you want big things to happen. Brunswick and Georgia both proved that this weekend.