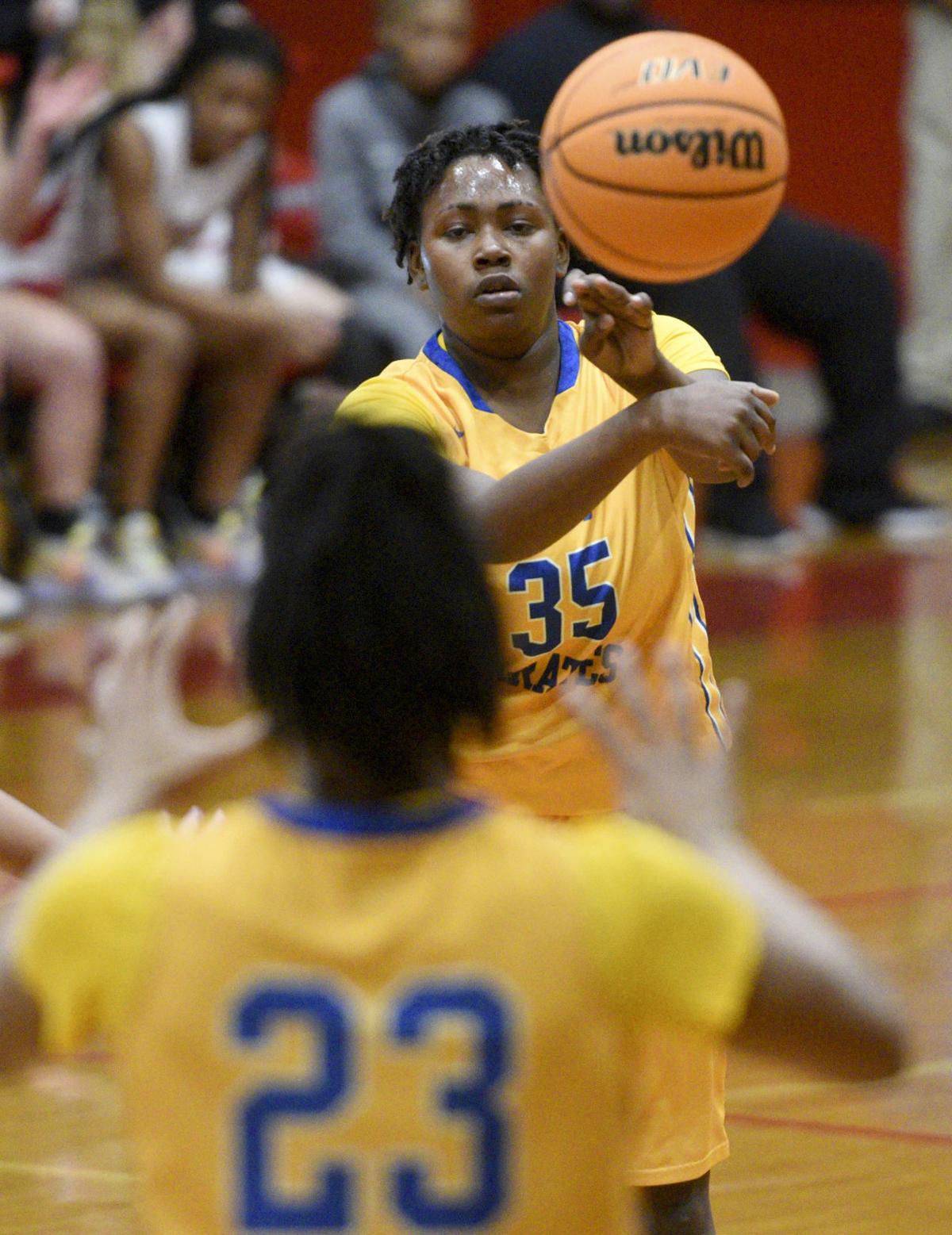 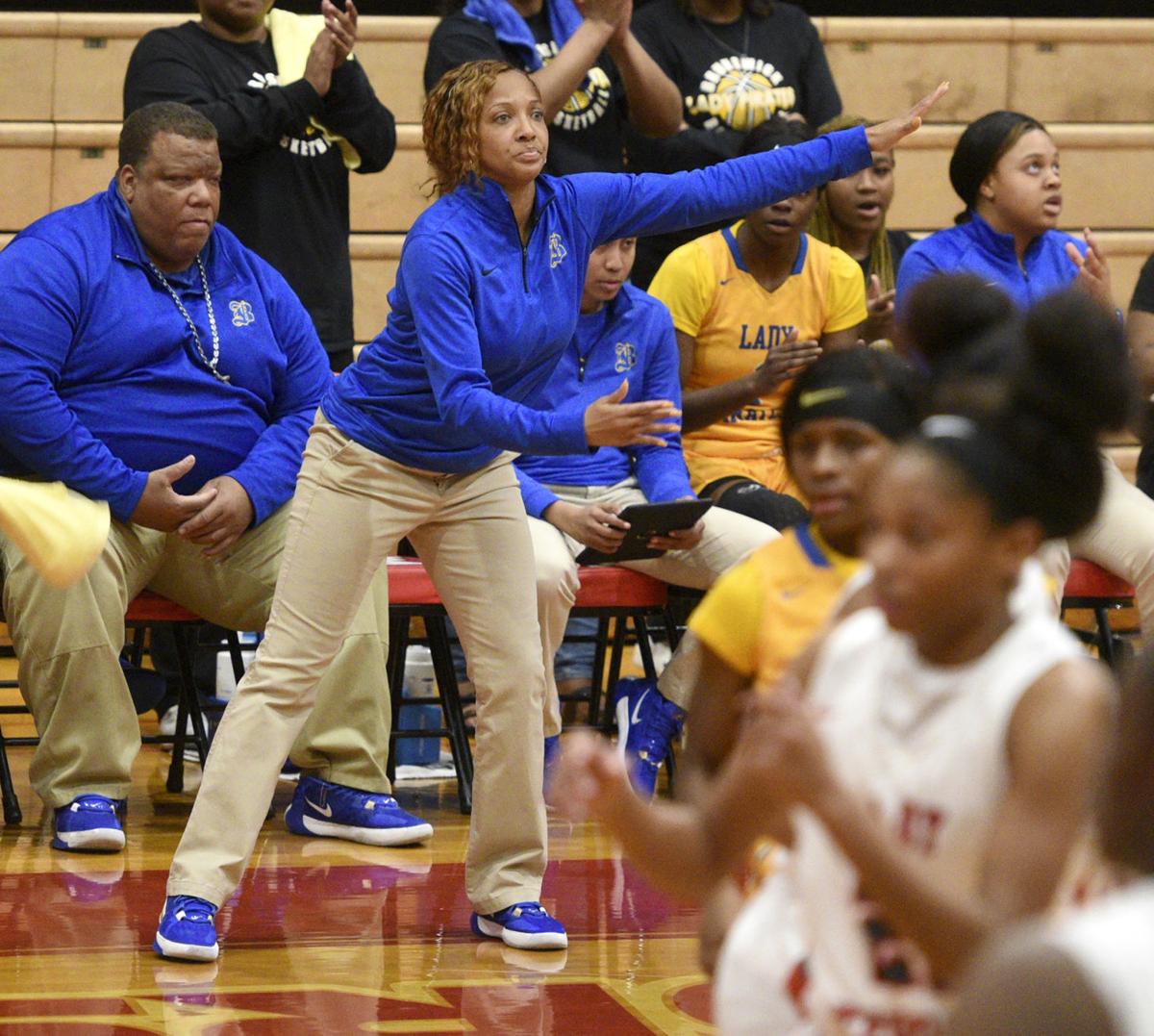 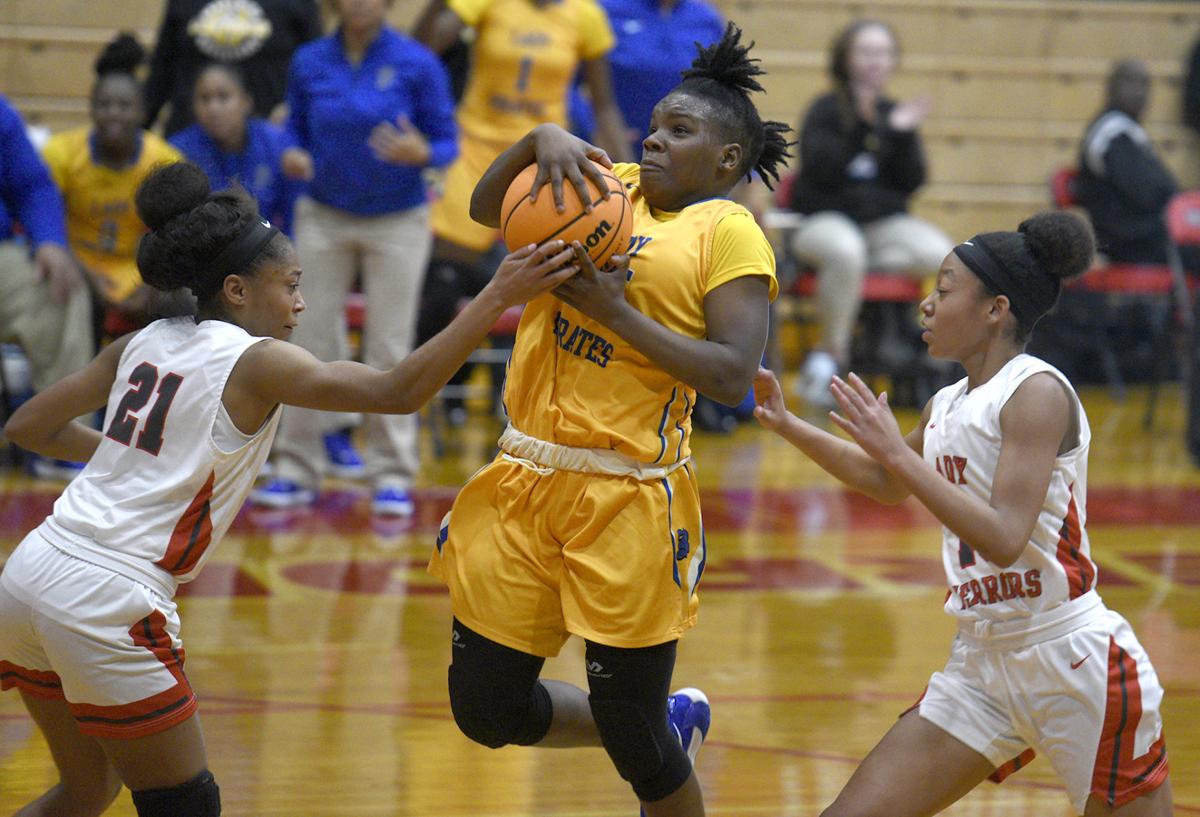 Brunswick High’s Marquesia Heidt is defended by Glynn Academy in a Region 2-6A Tournament semifinal game at The Glass Palace.

Brunswick High’s Marquesia Heidt is defended by Glynn Academy in a Region 2-6A Tournament semifinal game at The Glass Palace.

Brunswick High finished as the runner-up in the region, giving them the No. 2 seed. Stephenson got booted in the semifinal round by Forest Park 61-41 in their region tournament, but won the consolation game against Mt. Zion 51-47, to take third place and a No. 3 seed.

Since the Pirates are the higher seed, they get to host, giving the Jaguars a long road trip. Brunswick coach Maria Mangram said that it’s a huge advantage for her team to host.

“That’s what you play for— you want to have home court advantage,” Mangram said. “The fact that they have to come way from Dekalb County, that’s a long way. I don’t know if they’re coming down the day before or the day of, but we’re going to try and use it to our advantage. Hopefully, we can turn it out.”

With a week to prepare, the Pirates have a game plan in place that should allow them to utilize one of their strengths, their forwards.

The leading scorer for the Lady Pirates is one of their forwards. Junior Makaila Brown averages 11.7 points and 8.6 rebounds a game. She is going to be an essential piece to Brunswick’s play tonight against the Jags on both sides of the ball.

Brown is a versatile player that can drive the ball to the basket or pull up and take a jump shot. However, one of the keys to the Pirates’ success tonight will be feeding her and Keya Daniels the ball down low for some easy layups.

Daniels is the second-leading scorer on the team as she averages 9.6 points a game and 6.5 rebounds.

The bigs for Brunswick will also need to make sure they’re pulling down those boards. Stephenson only averages 29.8 rebounds a game while the Lady Pirates average 37.5.

“Our bigs are bigger than their bigs. So we’re going to try to utilize getting the ball into the post players’ hand,” Mangram said. “We’ve been working on it all week, like we’ve been working on our post moves and making sure everybody’s okay with back to the basket, opening up, facing up, you know doing different things like that.”

At the same time, the Pirates need to stay alert on defense and match that 16.9 steals a game average. Brunswick must be able to create points off those turnovers and take advantage of those situations.

Stephenson likes to shoot the basketball and press opponents. Mangram said that they’re known for their press, so she wants to make sure her girls are ready for that.

“They have a valid press,” Mangram said. “So we’re going to have to concentrate and not turn the ball over much to make sure we break their press. They’re going to be athletic, and they’re going to play hard. It’s just we have way more firepower than they have.”

Barrett is going to be the one Brunswick needs to watch out for down low as she leads the team in rebounds. These three like to shoot the ball and aren’t afraid to do so.

Mangram said that this game is a chance for her girls to live and fight another day after such an emotional loss in the region title game last Friday.

“We had to flush Friday, even though it wasn’t the outcome that we wanted. We still get to live to fight another day, and we had a week to prepare,” Mangram said. “We got some good notes and film that we needed to see. We feel really good about it. So I think we have a few more weapons than they do.

“They do have a really good guard, but I think we can try and maintain her. If we rebound the ball well and limit our turnovers and make a few more free throws and layups than we’ve been doing, we should be okay.”

The Pirates start their playoff run tonight at 6 p.m. against the Jaguars as the two fight to play again at Brunswick Square Garden.