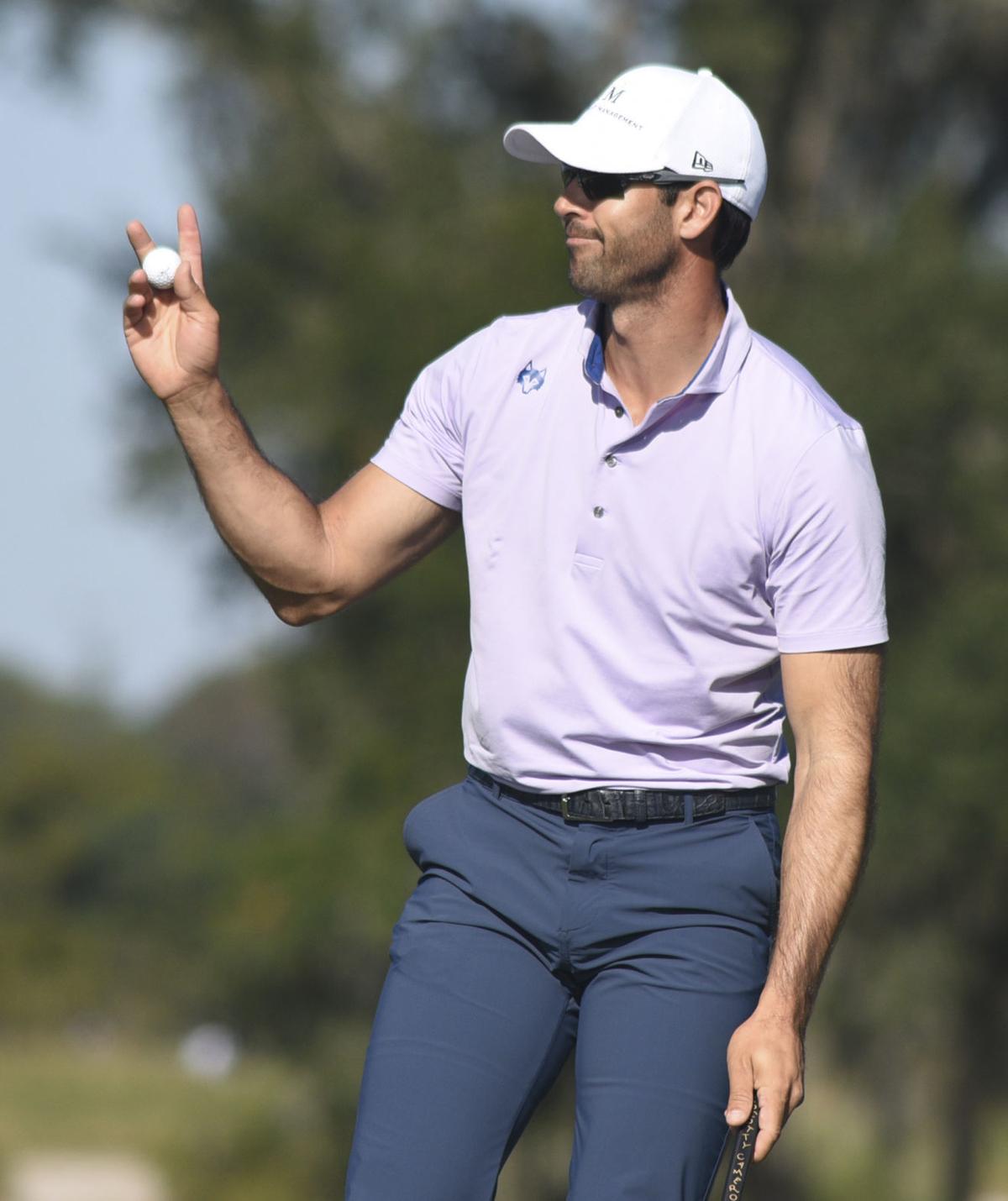 Cameron Tringale acknowledges the crowd as he finishes his round on the 18th hole on Sea Island Golf Club Seaside course Thursday. 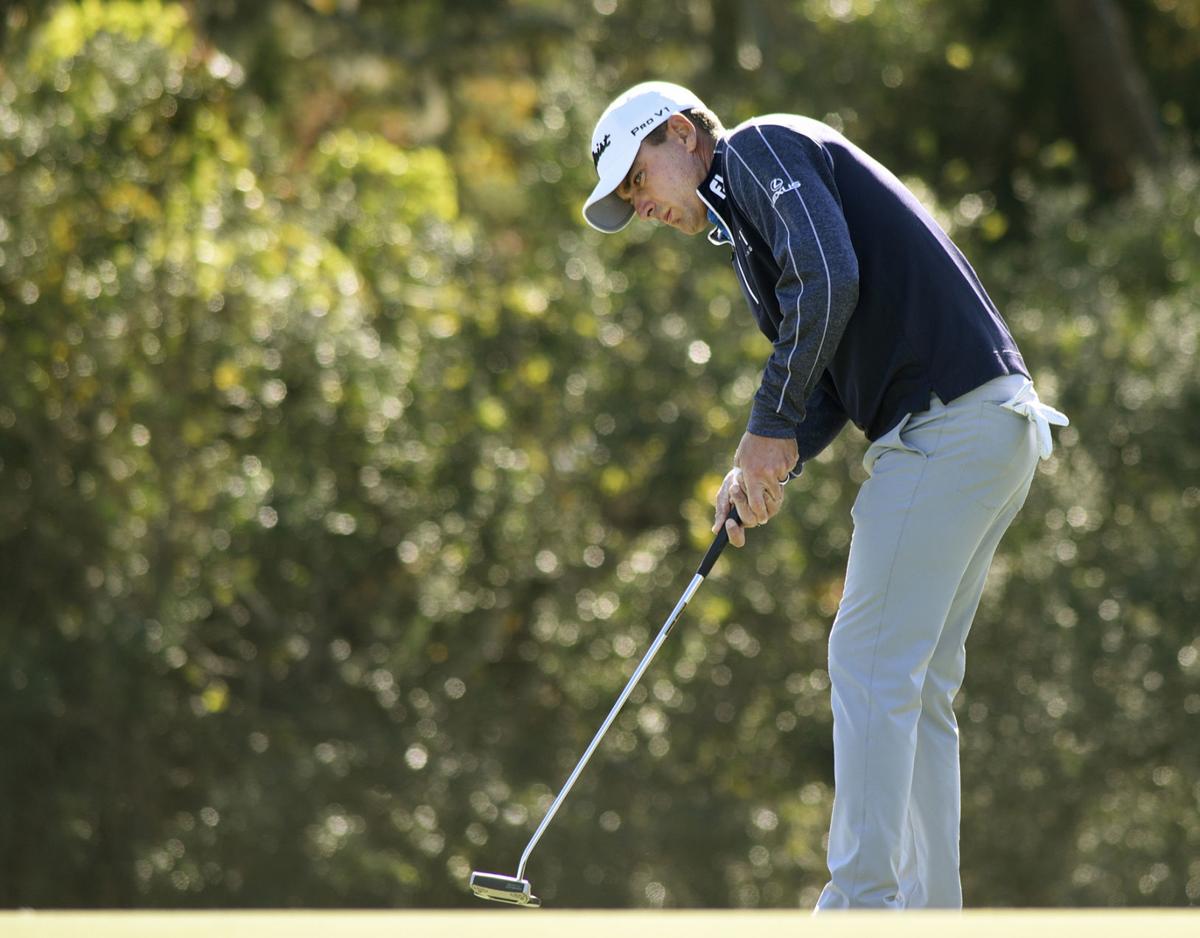 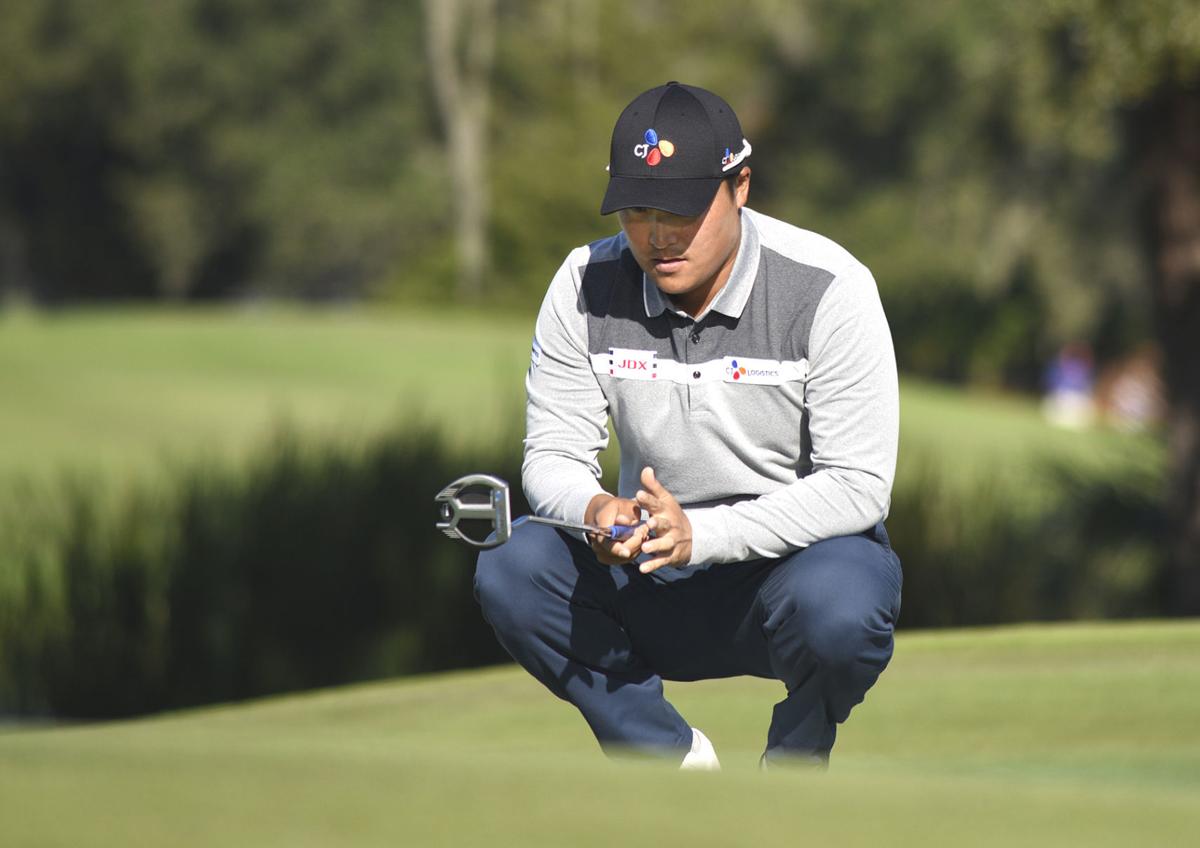 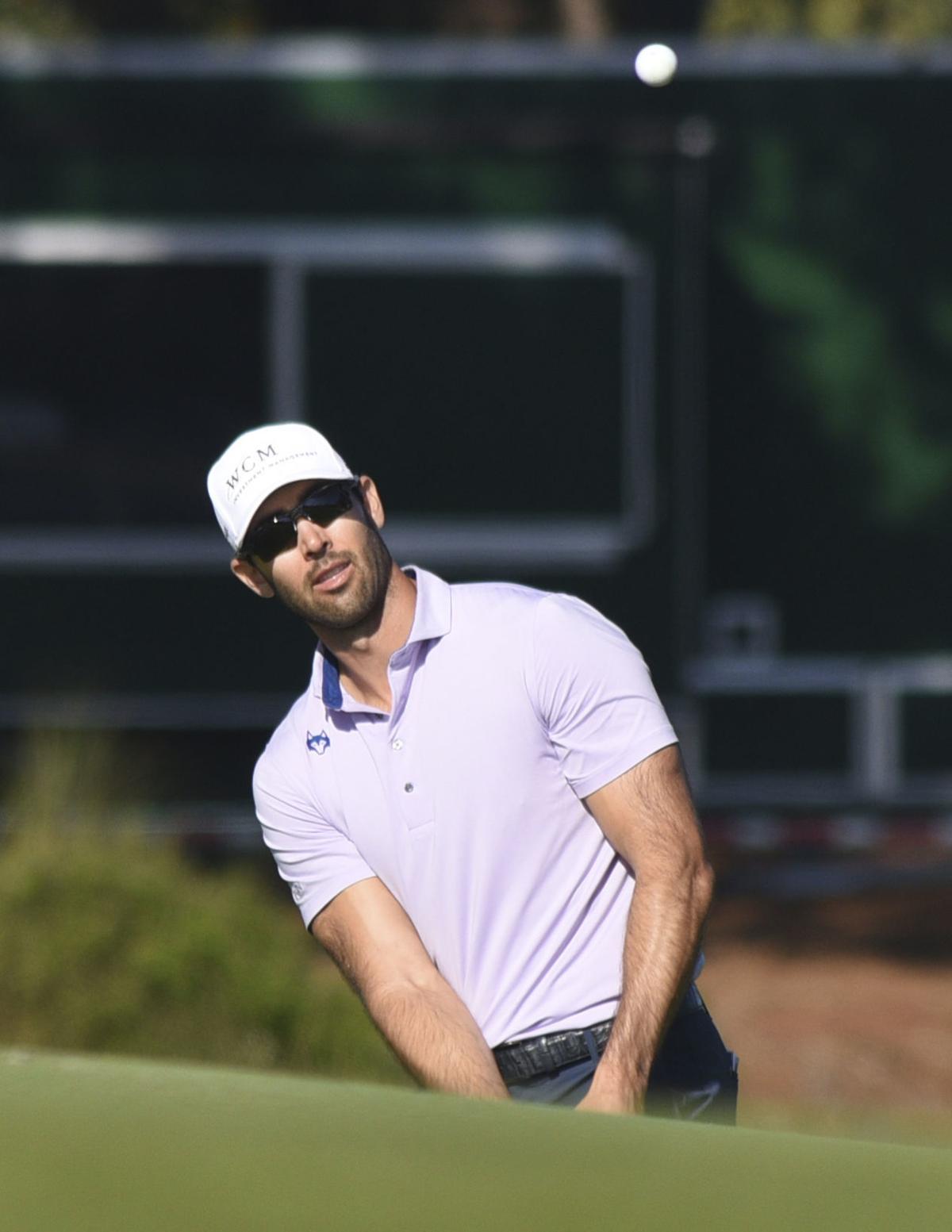 Cameron Tringale acknowledges the crowd as he finishes his round on the 18th hole on Sea Island Golf Club Seaside course Thursday.

Webb Simpson holds the lead at 7 under after a rocky start to Round 1 of the RSM Classic on Thursday out at Sea Island Golf Club.

He started the tournament on Sea Island’s Plantation course and didn’t start too well as he bogeyed his second hole.

Simpson settled for par on 14 after attempting a birdie putt, and it didn’t look like he would finish as he did. At the turn, he was sitting at 1-under.

He birdied 15 and 18, to give him some momentum heading into the final nine holes. Simpson made six birdies, including a clutch birdie on nine to edge out and take the lead.

“The golf course is great. Davis and the crew did a great job, you know, with what they had, they made it even better, so it’s a fun golf course,” Simpson said about the Plantation course. “ The green complexes can be challenging, but they also can— you know, ball can funnel to the hole, and I was able to take advantage of it a few times.”

After the slow start, Simpson and his caddie Paul Tesori had a pep talk, and he said that his caddie preached patience.

“He told me, no matter how I started out or whatever stress I had thought the day, to stay patient,” Simpson said. “I think he knew that scores would be pretty good over there even though it was windy. Still played tricky at times, we had a lot of holes that were crosswind. But it helped me, it helped me to kind of weather the storm. Not birdieing the par 5 14th was kind of a tough moment, but you know, the birdie on 15 really kind of got me back to thinking about one shot at a time and not everybody around me’s making birdies.”

Simpson’s score of 65 was the 14th time he’s shot that or lower since the start of last season. He’s shot 65 or lower in 17 percent of his rounds since the beginning of the 2019 season, which is the best on the PGA Tour right now.

However, this is just his second start of the fall season after he finished seventh at the Shriners Hospitals for Children Open.

He’s been pretty consistent at Sea Island after finishing as the runner-up in 2011, losing to Ben Crane. Simpson finished third last year.

Currently, he holds a stroke lead behind a three-way tie in second place as Cameron Tringale, Kyoung-Hoon Lee, and Rhein Gibson all finished with 6 under.

Tringale shot a 32 on the Seaside front nine Thursday morning, birding three of his holes. On the back, he finished with a 32 as well, bogeying the 14th. However, he completed his round strong with three straight birdies and a par on 18 to give him his 6-under, 64 score.

Lee birdied Seaside’s sixth, seventh, and eighth hole on the front nine after he shot par on the first five holes. He avoided shooting bogey on any hole in Round 1 and finished the day with six birdies all together.

In one of the final groups of the day, Gibson played well on the Plantation course, and fought hard to overcome bogeying the par 4 6th hole. He shot a 31 on the back nine to finish with a 6-under score. Gibson birdied five of the last six holes.

After the top four guys, there is a nine-way tie for fifth place. All nine of those golfers finished the first round with 5-under.

For Round 2, the golfers who played on the Seaside course will play on Plantation and vice versa in today’s round.

Simpson will head to play Seaside and look to hold onto his lead in Round 2. He’s seeking his first win since the 2018 Players Championship. Last season he finished runner up three times. Rory McIlroy beat him with a final-round 61 at the RBC Canadian Open, and J.T. Posten shot 62 on Sunday of the Wyndham Championship. Simpson also shot 64 at the World Golf Championships-FedEx St. Jude Invitational, had the lowest score of the final round, but was too far back to catch winner Brooks Koepka.

“It’s been a while since I’ve won,” Simpson said. “ I’ve given myself chances, and that’s -starting the week all I wanted to do was give myself a chance on Sunday because I do feel comfortable on this golf course.”