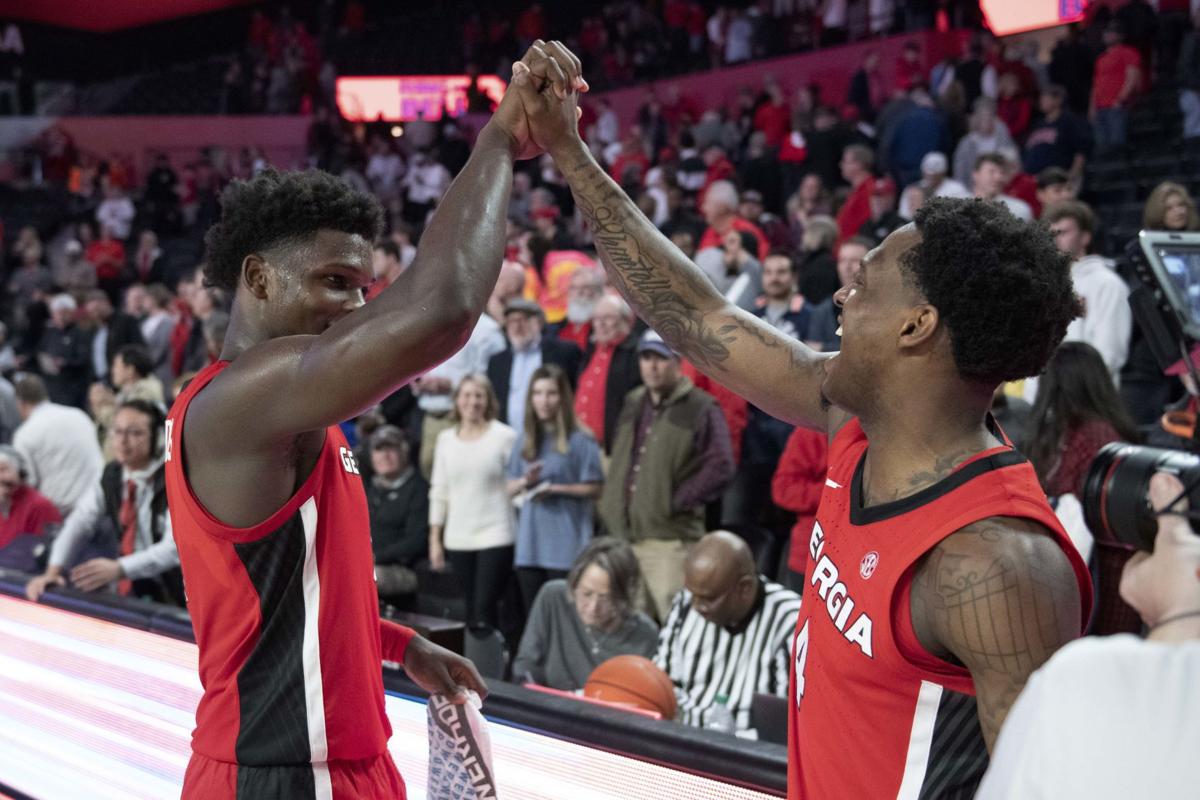 Anthony Edwards, left, and Tyree Crump, right, celebrate together after one of Georgia’s wins earlier this season. 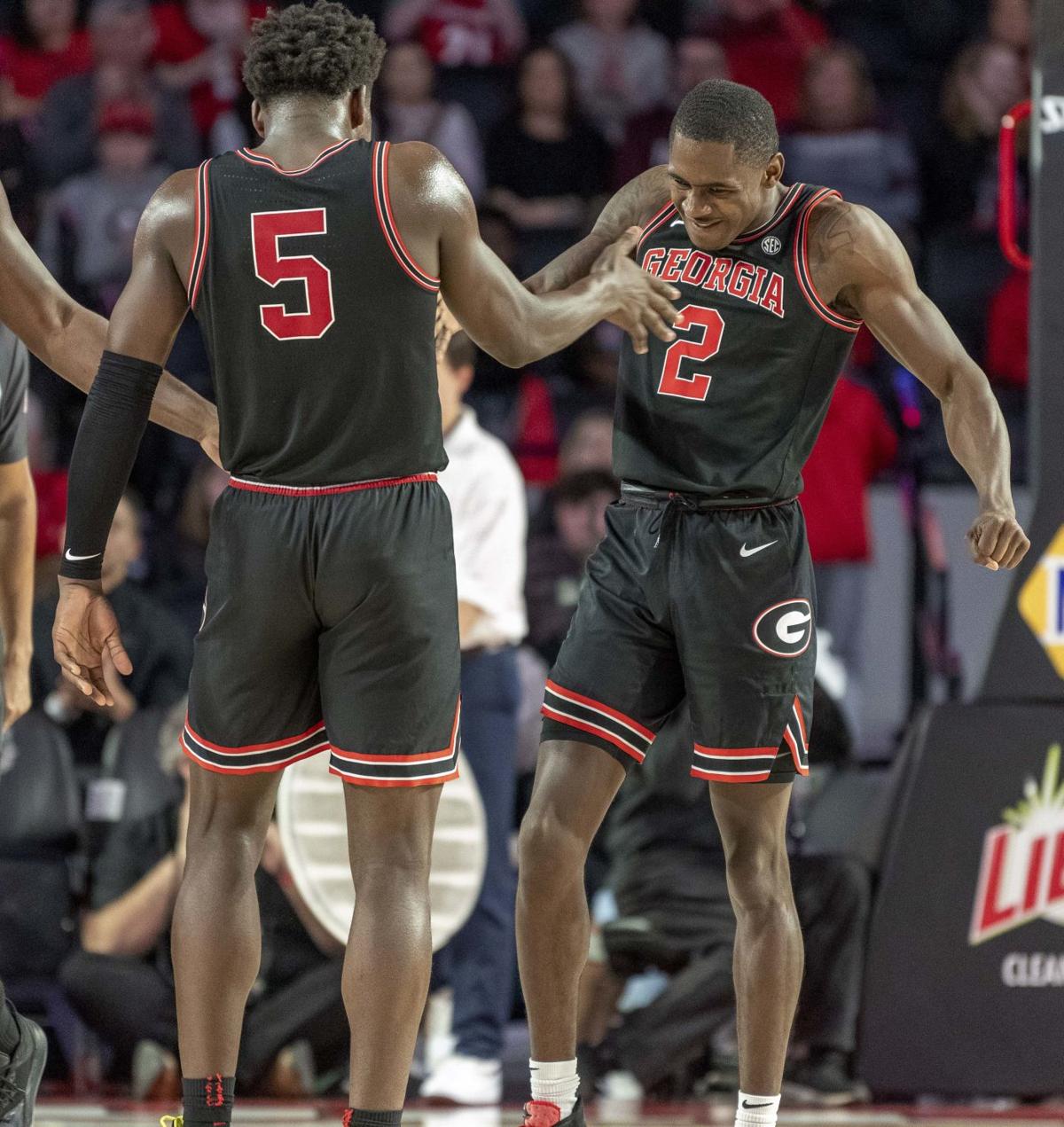 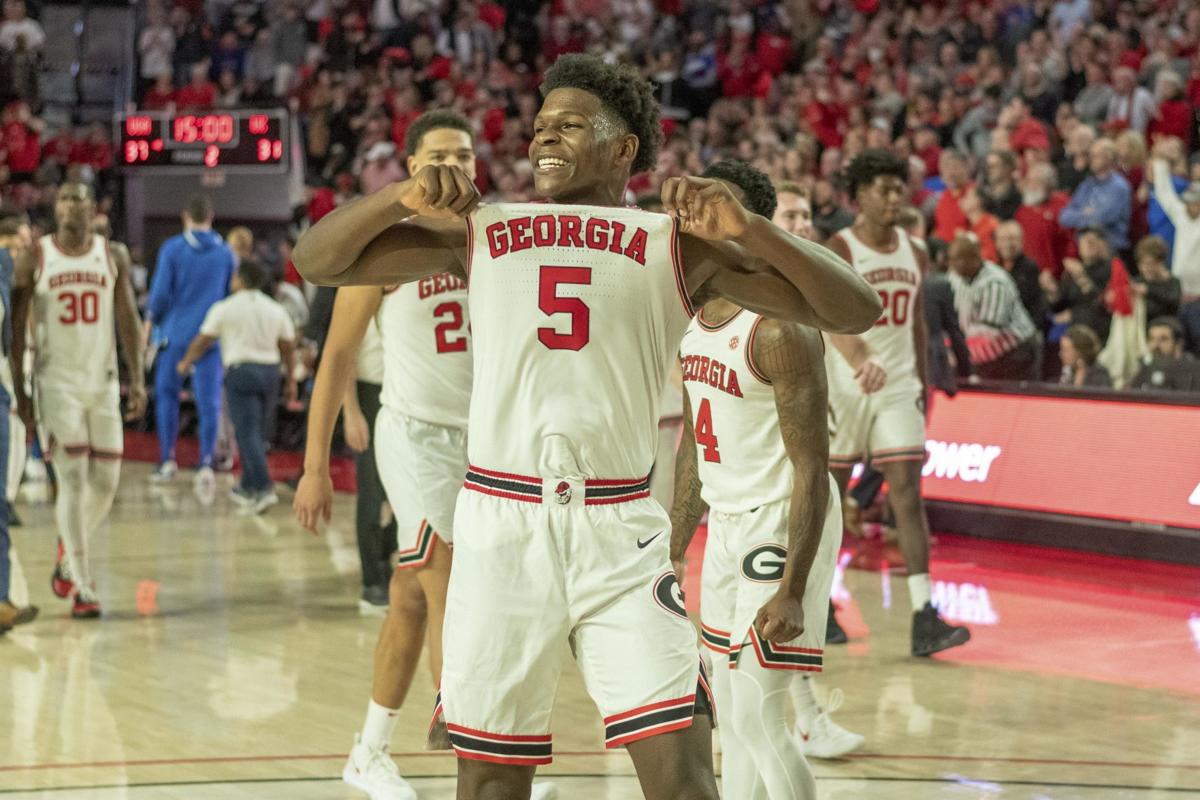 University of Georgia freshman, Anthony Edwards holds up his jersey after a win earlier this season. 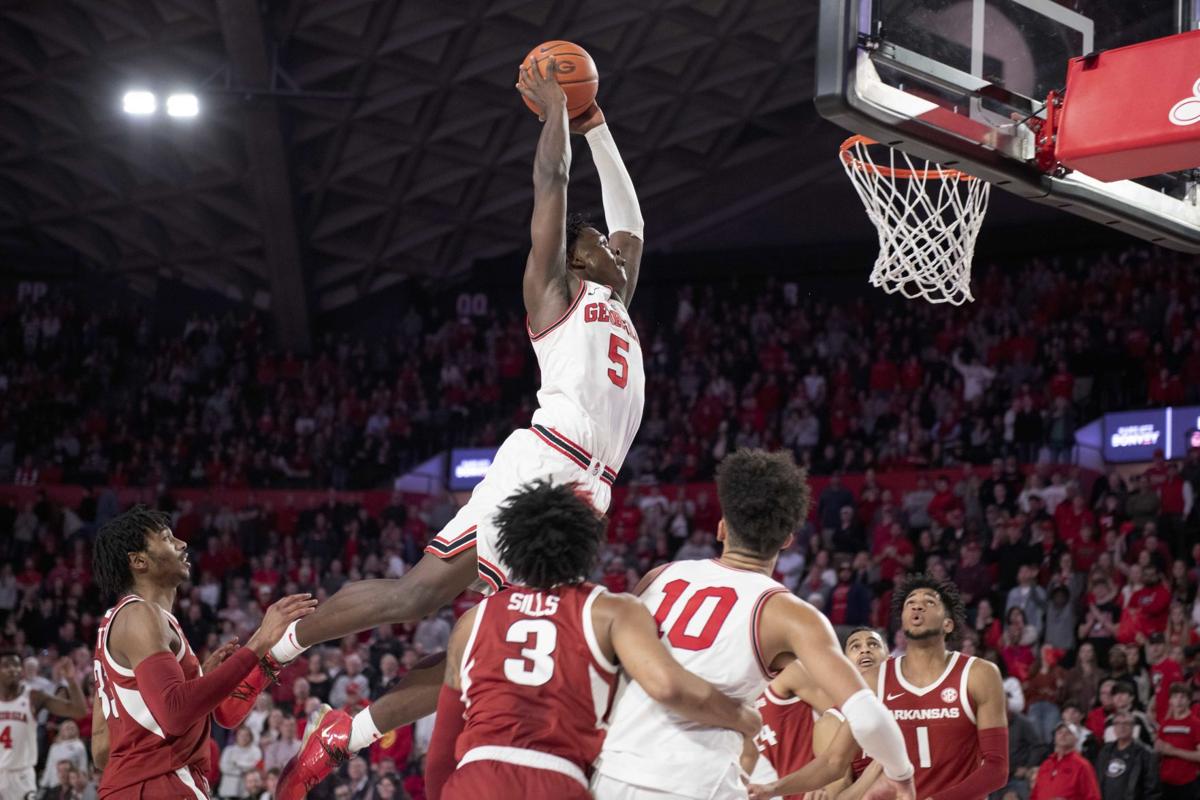 Anthony Edwards sails through the air to dunk the basketball earlier this season.

Anthony Edwards, left, and Tyree Crump, right, celebrate together after one of Georgia’s wins earlier this season.

University of Georgia freshman, Anthony Edwards holds up his jersey after a win earlier this season.

Anthony Edwards sails through the air to dunk the basketball earlier this season.

On Thursday, Edwards earned Georgia’s Men’s Basketball Player of the Year by the Atlanta Tipoff Club.

He’s the ninth Bulldog to earn this title, and he joins all the greats. Edwards has the natural talent, but at the same time, it took help to get him better, get him more confident in his shots — Tom Crean did that.

That group is some of the greatest basketball players at the university, and Crean helped Edwards earn the award.

He may have been a one year wonder, but what he did in that short year is far more than just impressive.

This season, Edwards averaged 19.1 points per game and finished the season ranked No. 47 nationally in scoring average — the only freshman in the top-50.

From his first game in the red and black when he dropped 24 points against Western Carolina, everyone knew he was special.

His season-high was 37 points, 33 of which came in the second-half against No.3 Michigan State at the Maui Jim Maui Invitational, the most points scored by a Bulldogs freshman in 45 seasons.

Edwards’ scoring average was No. 3 in the SEC. He also finished No. 5 in three-pointers and No. 16 in playing time in the league.

This award isn’t the freshman’s first as he was voted by the SEC coaches as the SEC Freshman of the Year. Edwards was the first Bulldog since 2001 to win the title. The Associated Press voted him as the SEC Newcomer of the Year.

Those accolades are just some of what Edwards has taken home this season. He was a crucial piece to the Bulldogs team this year and all these awards show that.

However, it was who he was as a person that will leave a mark on the program for a long time.

Edwards declared for the NBA Draft, and well that didn’t surprise any of us. He may be leaving, but he’s leaving behind a team of players that got better and one that grew closer together.

Tragically, the basketball season had to end during the middle of the SEC Tournament, but the Georgia hoop fans got to witness one of the greatest players to ever don the red and black.

Instead of groaning and moaning about him leaving along with a couple of others, be grateful to know that Georgia basketball is on the rise.

Edwards brought this team together and helped them buy into what Crean is doing with the program at Georgia.

As the season progressed, fans saw this team go through ups and downs, but most importantly they stayed together as a group. Edwards was one of the leaders and everyone followed by his example.

Crean is one of the most passionate coaches in the league and through two seasons, Georgia basketball is on the right track.

While it sucks fans won’t get to see this season end properly, they should be excited for next year. After the way the Bulldogs closed out the season, Edwards on the roster or not, next season for Georgia hoops will be a team everyone needs to watch.