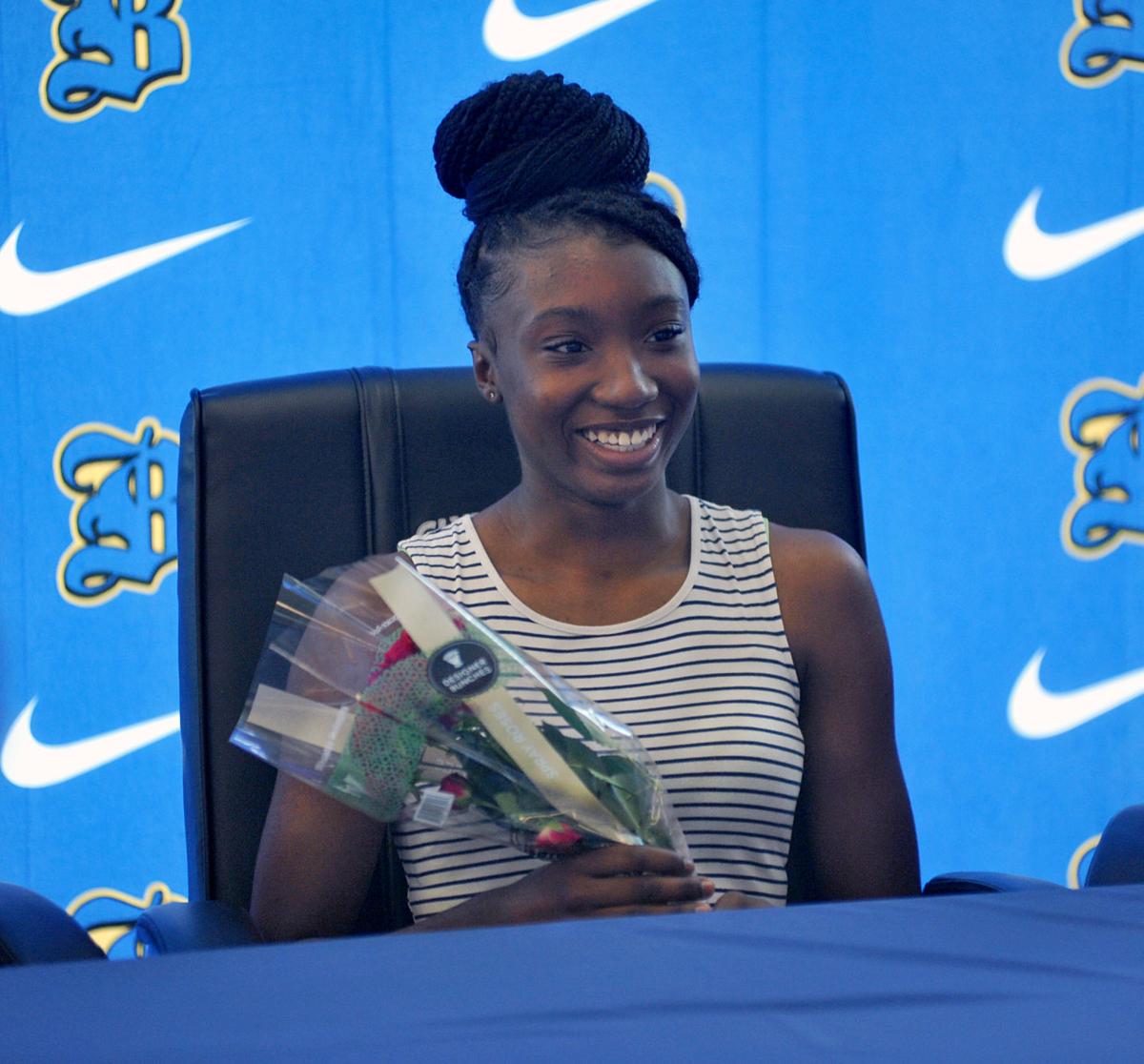 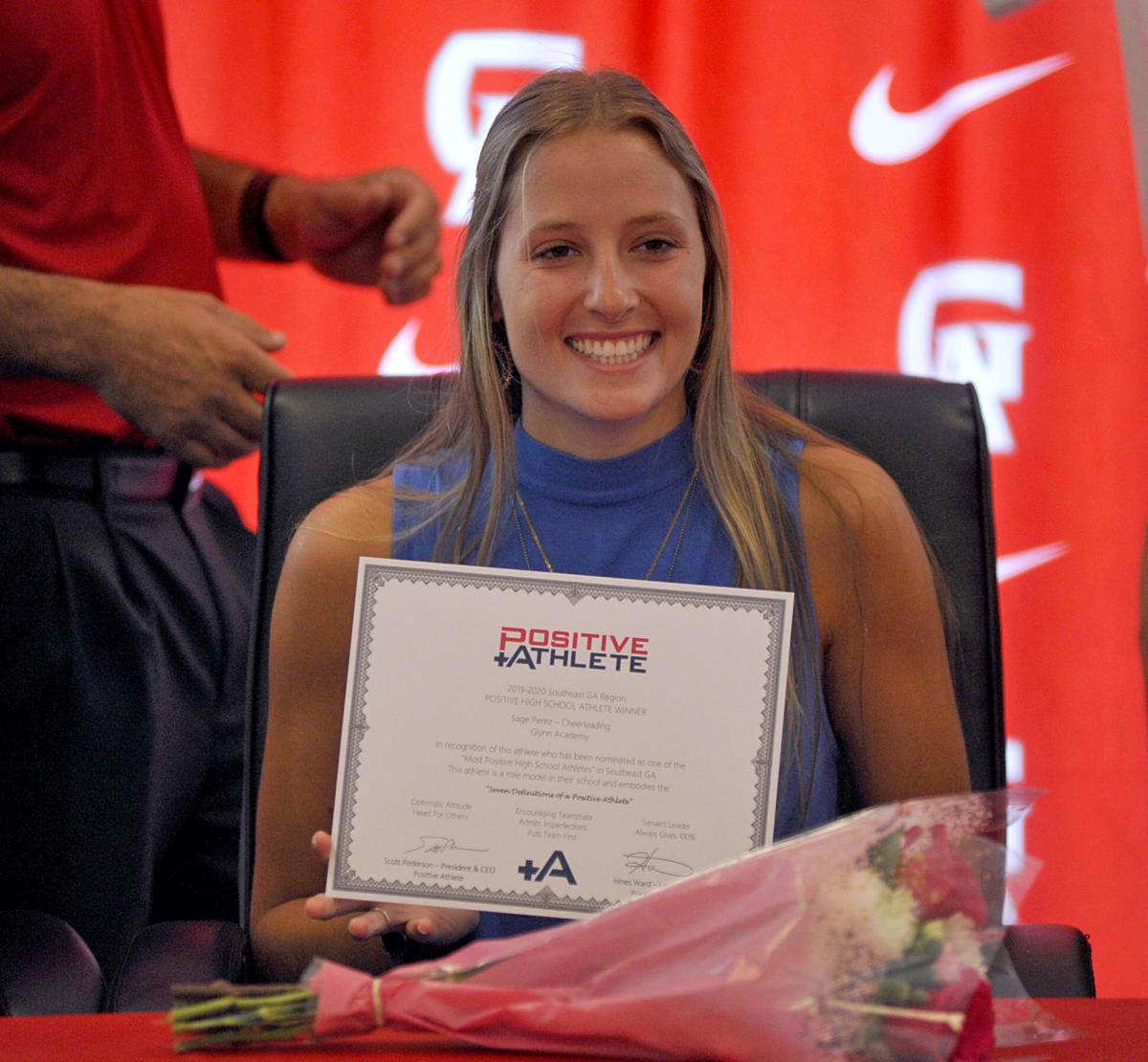 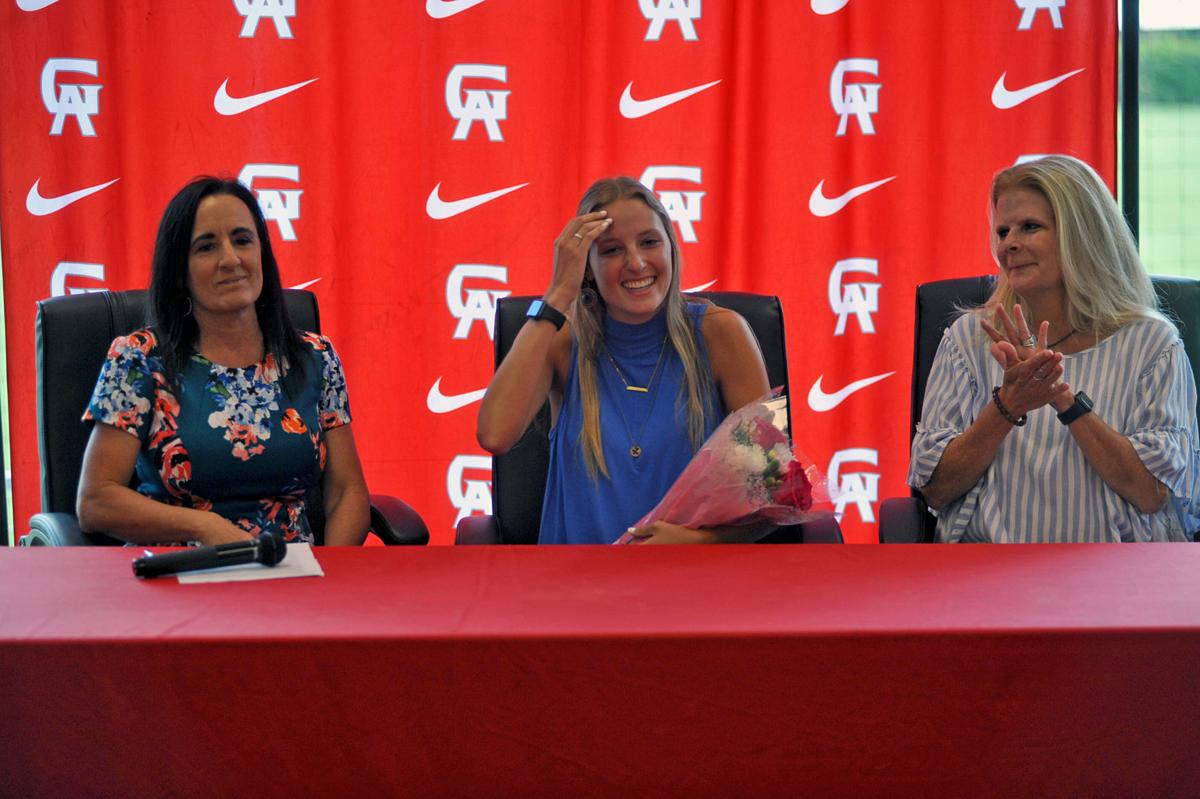 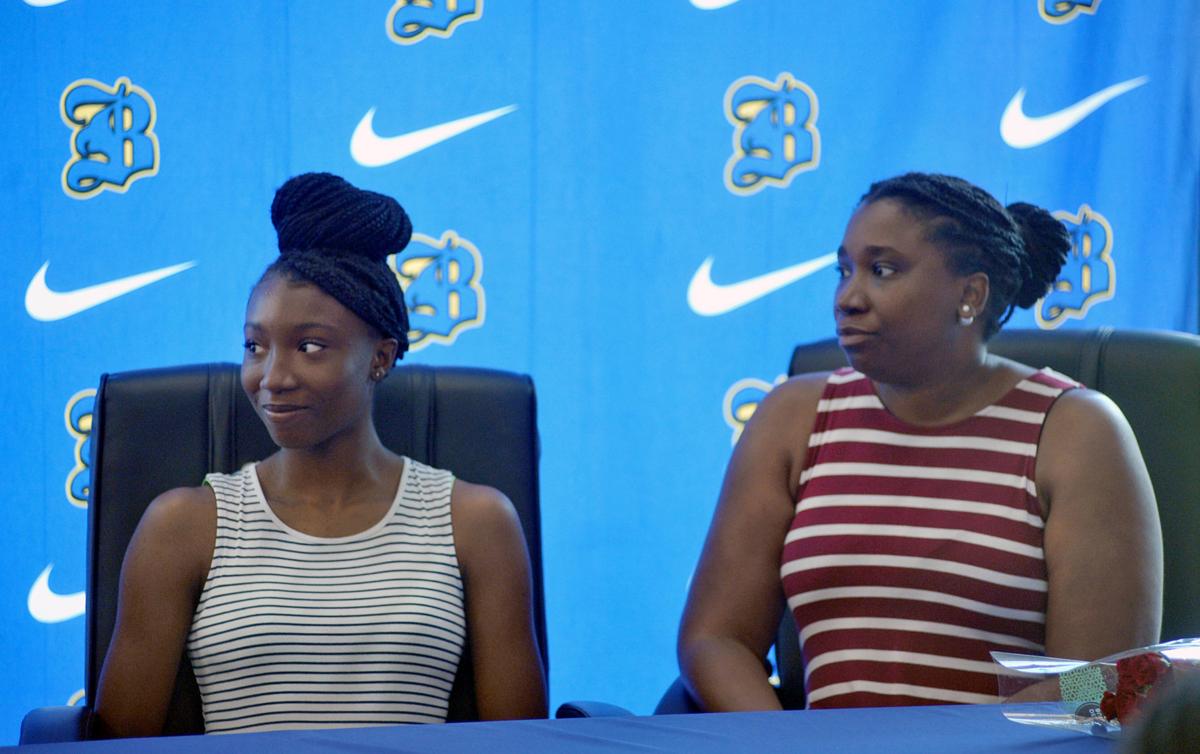 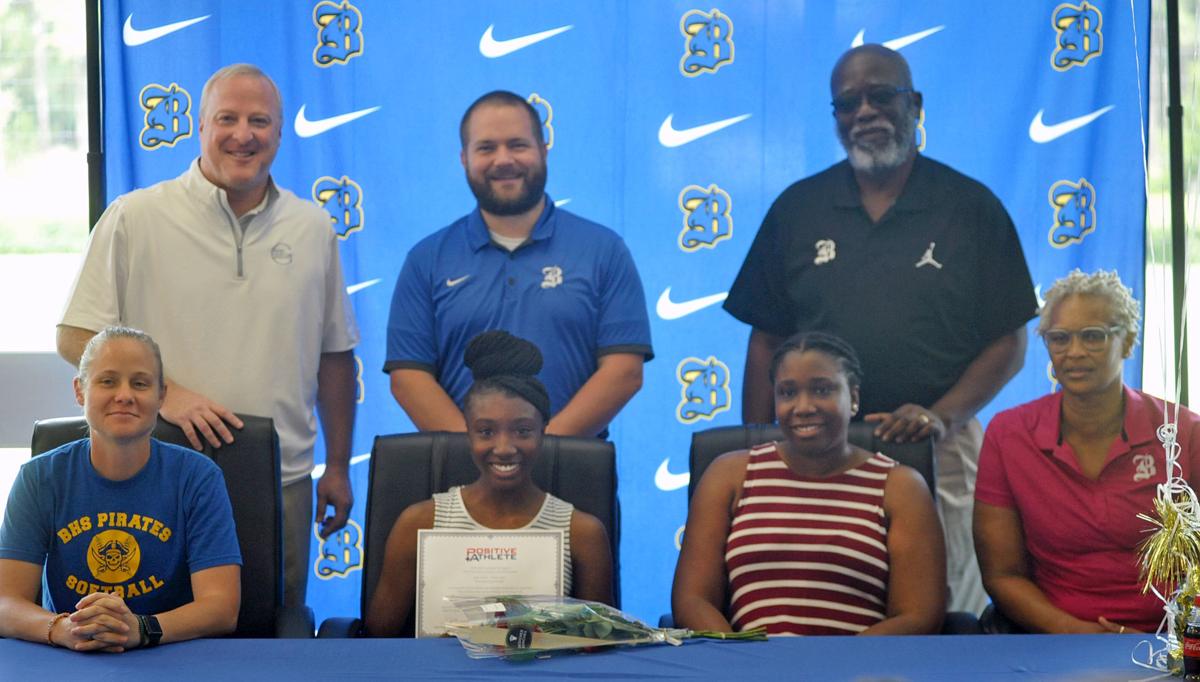 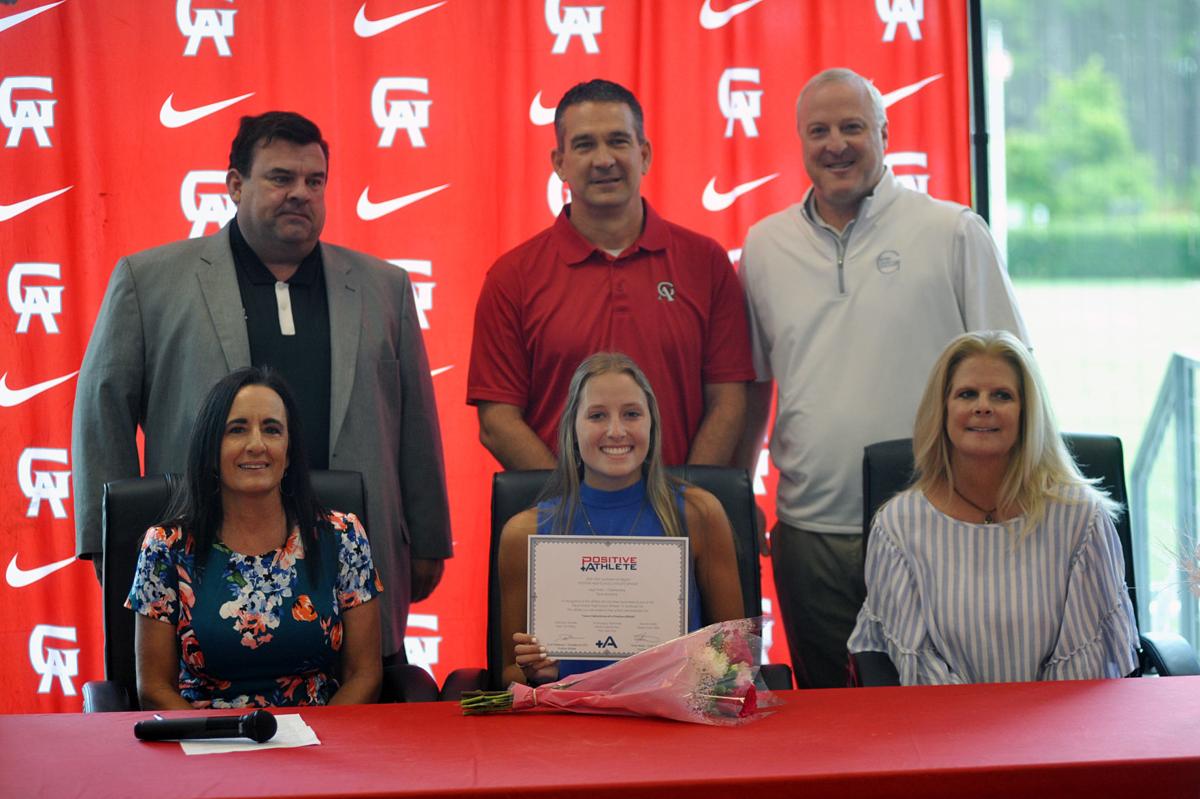 Formed seven years ago, the Positive Athlete awards are a celebration of young athletes who have overcome difficult circumstances, given back to their schools and communities in a significant way, or just have an infectious positive attitude that makes everyone around them a better person.

Harris was selected as the Southeast Georgia Positive Athlete award winner for a multi-sport athlete, and Perez received the honor for cheer, marking just the fourth and fifth time winners were chosen from Glynn County.

“It means a lot because I feel like I’ve been working really hard, and I care about others,” said Harris, who plays softball at Brunswick in addition to running track. “I love all my teammates. Softball is a team sport, and it shouldn’t just be about yourself, it should be about others.

Perez added: “It shows other people from different schools what GA is about, and what type of students go here. I love representing that.”

Harris was an all-region second team member this past softball season after hitting .341/.472/.439 with seven RBI and 13 runs scored. Harris also runs track and dances ballet and lyrical when she’s not doing school work.

“It’s a lot,” Harris said. “I tend to work on softball on the weekends, and when she’d have practices, I try to balance out. I go to track and then I try to go to as many softball practices as I can.I also practice on offseason, like right now I’ve been working on infielding, outfielding, hitting.

“It’s a lot because I take AP classes and stuff. So I stay up really late working.”

In addition to her duties with the Glynn Academy cheer team, Perez is involved in many extracurricular activities around the school, including service on the state Student Advisory Council and work through the Georgia Department of Human Services’ Youth Empowerment Series.

According to the organization, among the qualities of a Positive Athlete include: an optimistic attitude, encouraging teammate, servant leader, heart for others, admits imperfections, always give 100 percent, and puts the team first. Any student-athlete in grades 9-12 can be nominated by parents, coaches, administrators or fans of a particular school.

Fittingly, the Georgia chapter of the organization was started up by former University of Georgia and Pittsburgh Steelers great Hines Ward, who was once voted the Most Positive Professional Athlete in the World.

Since its inception, Positive Athletes has awarded more than $350,000 in college scholarships to its honorees.

Normally, winning the award would include a trip to Atlanta to be a part of a banquet honoring the student-athletes and a visit to the College Football Hall of Fame, but the trips were canceled amid the COVID-19 pandemic.

But staying true to the award’s name, neither winner had much to complain about.

“I think it’s just the thought that counts really,” Perez said. “It doesn’t have to be this big ceremony, even though we’ve had this.”