Sign Up
Log In
Purchase a Subscription
You are the owner of this article.
Edit Article Add New Article
You have permission to edit this article.
Edit
Welcome, Guest
Home
FULL MENU
News
Life
Sports
Obits
e-Edition
Classifieds
Jobs
Events
Subscribe
doc. 2021/2022
1 of 6 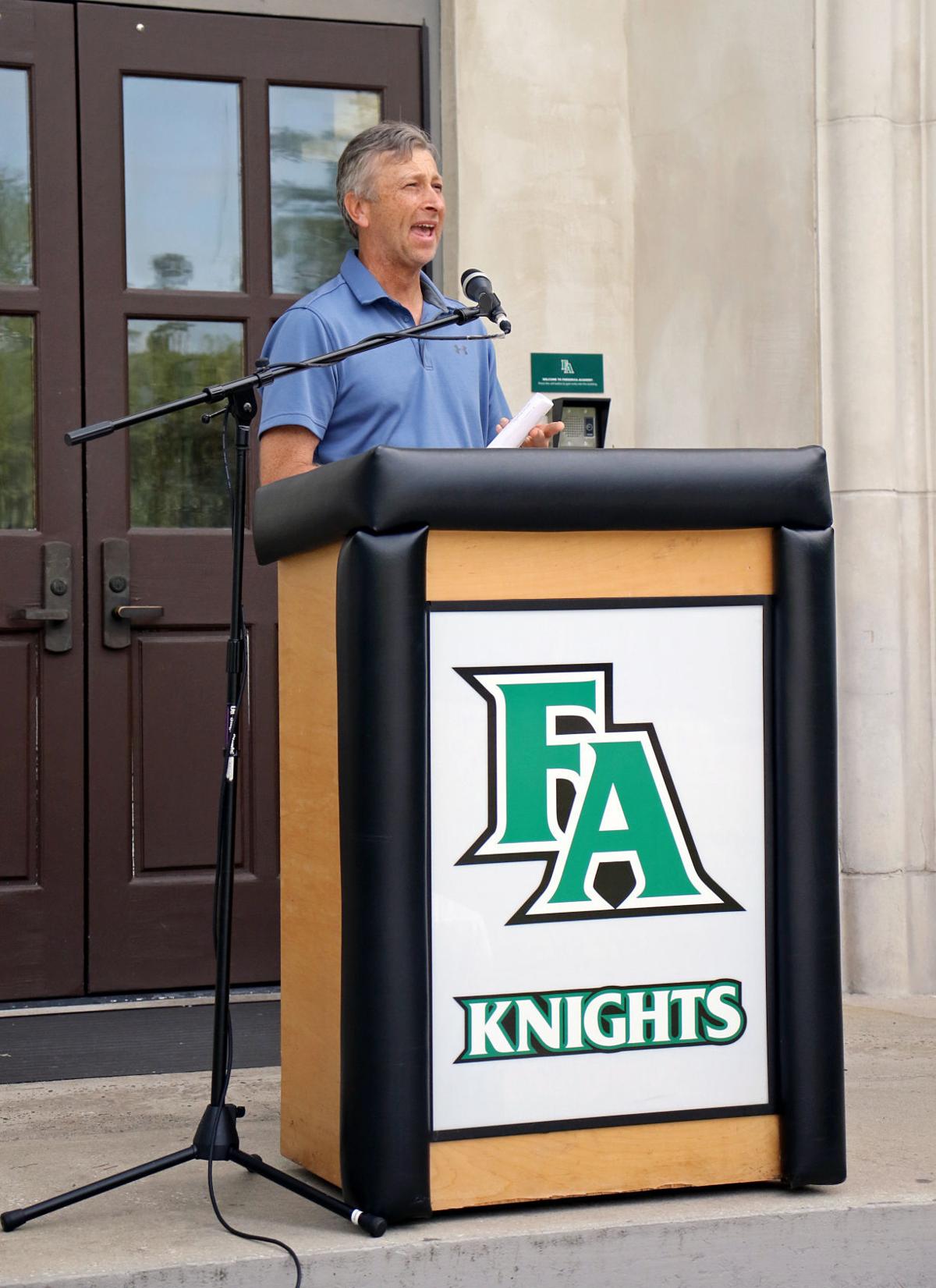 Frederica Academy tennis coach Brian Wyrick speaks during a celebration of the school’s spring sports in May . 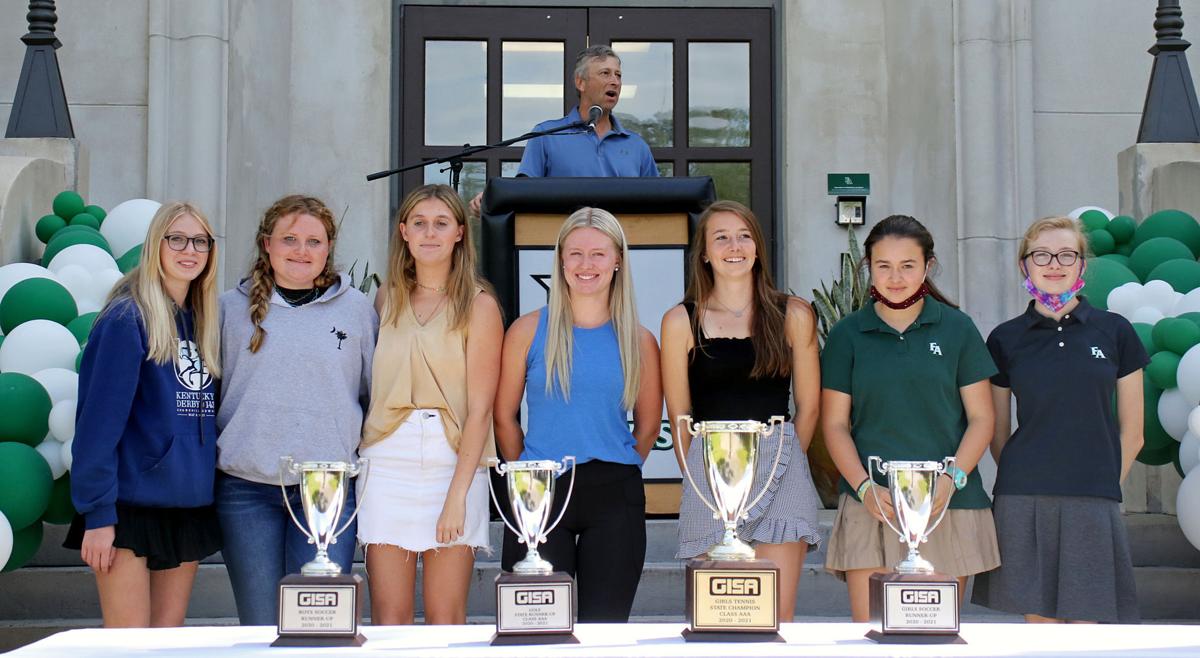 Frederica Academy’s girls tennis team is honored while head coach Brian Wyrick speaks at a celebration of the school’s spring sports in May. 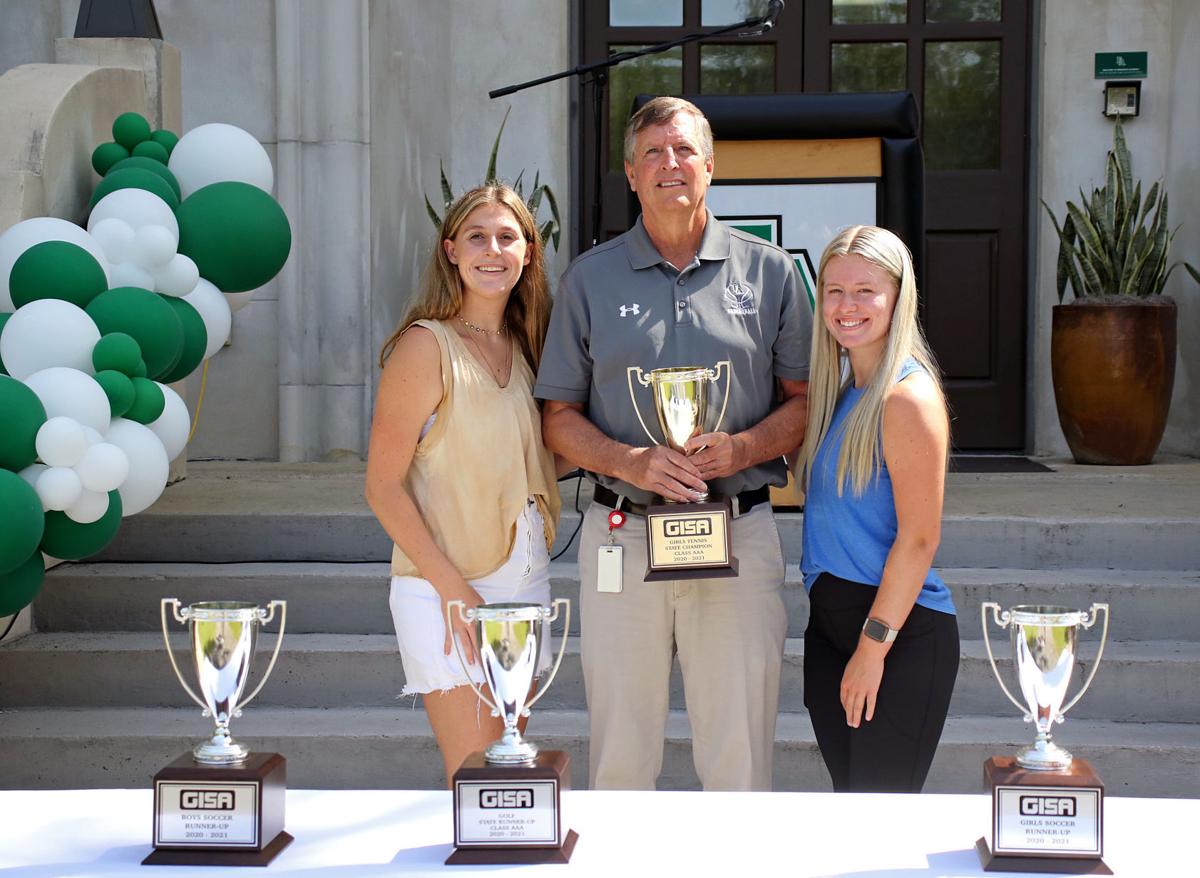 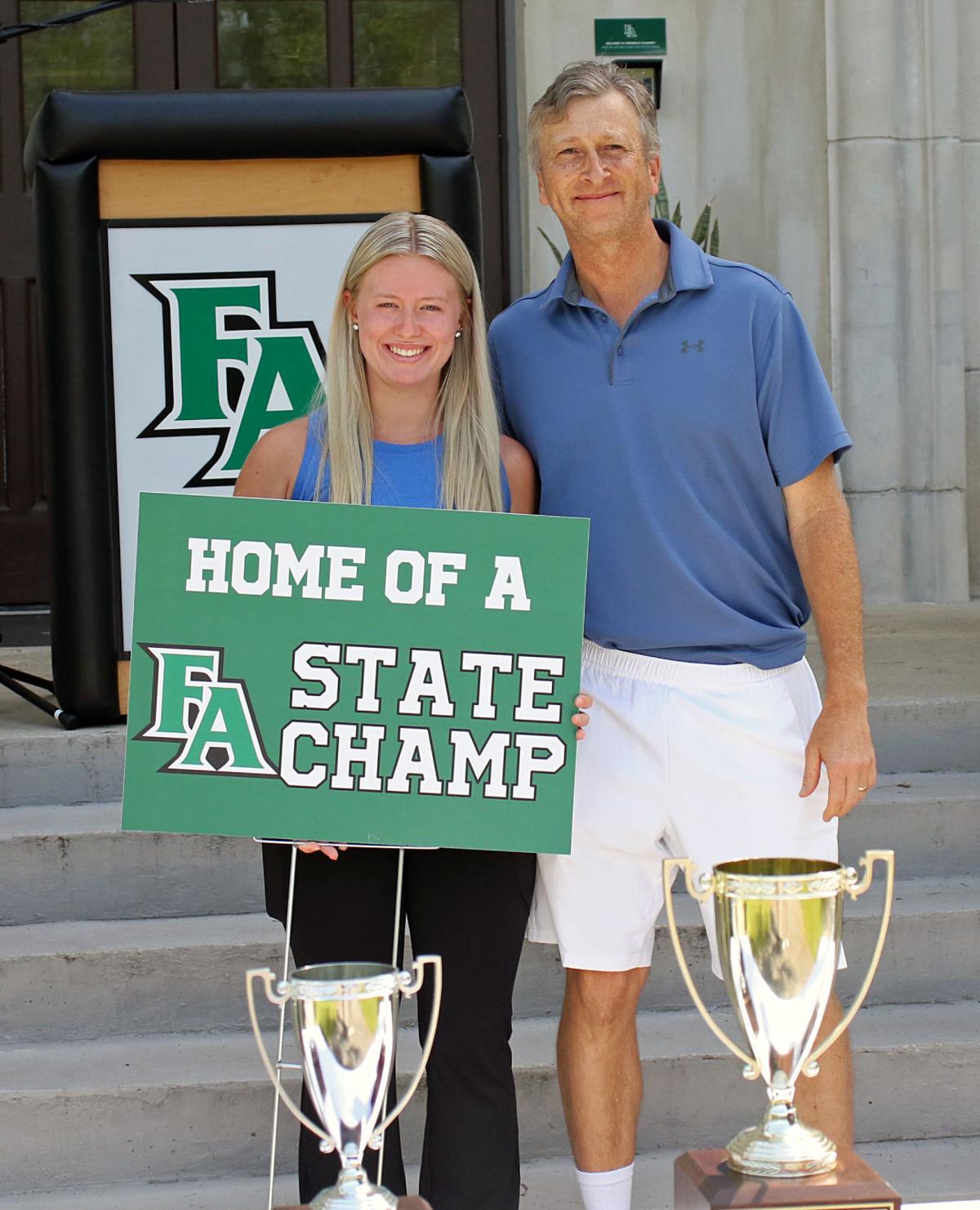 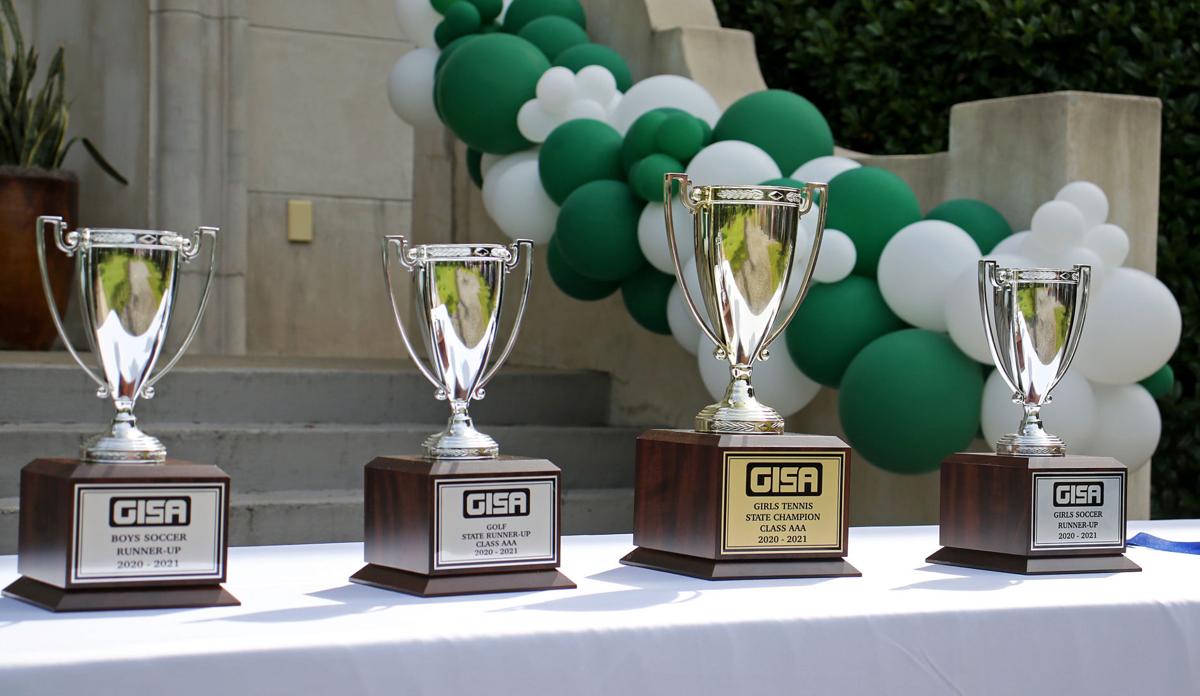 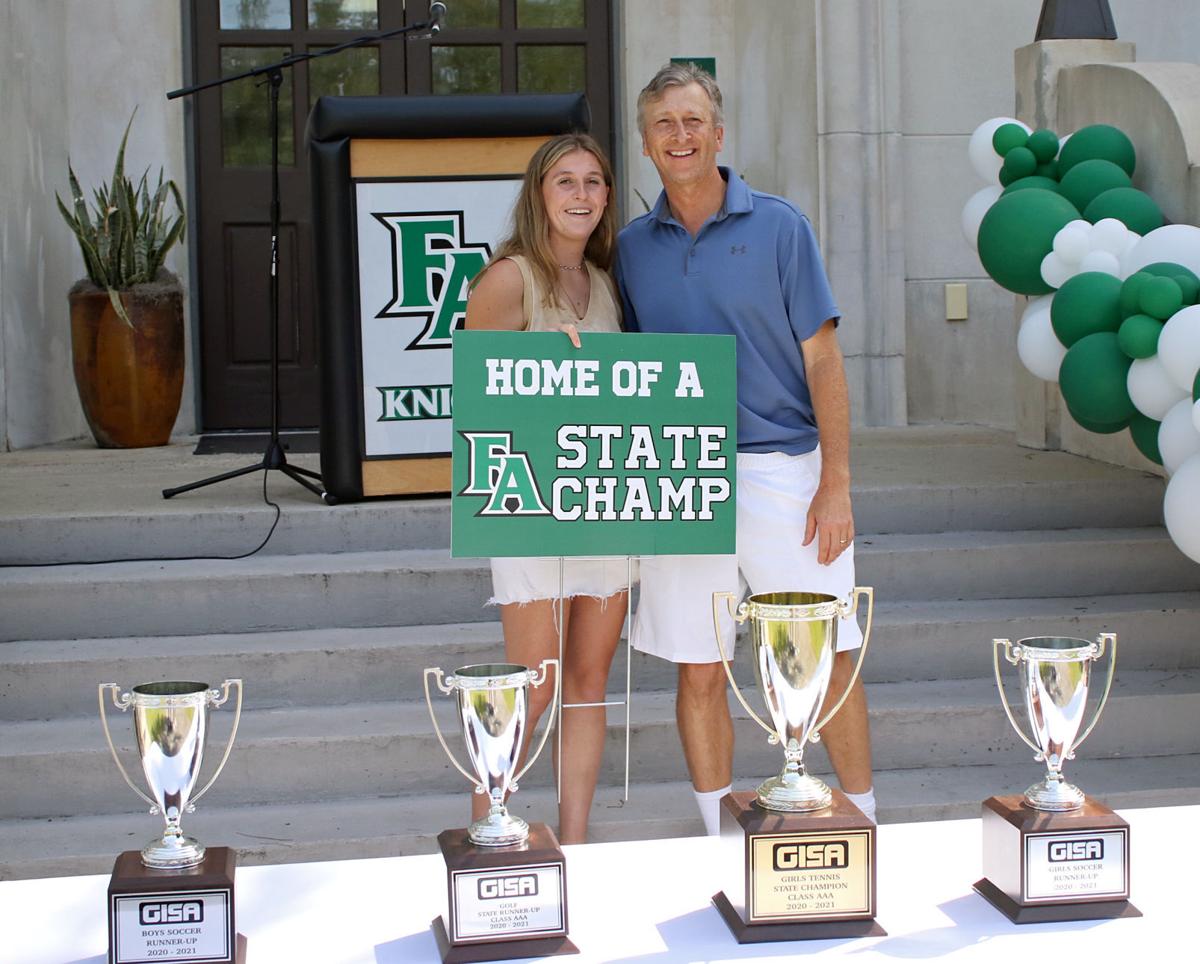 Frederica Academy tennis coach Brian Wyrick speaks during a celebration of the school’s spring sports in May .

Frederica Academy’s girls tennis team is honored while head coach Brian Wyrick speaks at a celebration of the school’s spring sports in May.

A prolific spring sports semester for Frederica Academy made for a good night last Wednesday at the GISA Coaches Association Awards banquet held at the Westin Resort on Jekyll Island.

Brian Wyrick was named the GISA Tennis Coach of the Year for Class 3A following a campaign that saw the Frederica Academy girls win the program’s first state title in the highest classification.

The Knights won both the girls and boys’ Region 2-3A championship as well, earning Wyrick Region Coach of the Year honors, but capturing the trophy at state was an unexpected delight.

“I guess it’s always sweeter when you don’t expect it,” Wyrick said. “I knew I had a good group of players, and I thought we could be competitive, but definitely to win state was a big deal.”

Following a first-round bye, the Frederica girls defeated top seeded Brookwood to advance to the finals, where they came out on top of a hard-fought battle against Westminster.

Despite dropping the first set in every finals matchup, Frederica rallied for the title with Wyrick’s daughter Emily and partner Mavry Driggers — a pair of eighth-graders playing as late substitutions at No. 2 doubles — fueling the comeback by scoring the first of the team’s three points.

Wyrick was a part of the coaching staff when Frederica’s boys and girls both won the Class 2A state title, but winning again as the head coach, in the highest classification, with his daughter on the team, made this past season particularly special.

“I was teaching at Sea Island at the time, so most of the kids were kids I taught, but I really couldn’t make the full-time commitment to be the actual Frederica coach,” Wyrick said of the program’s last title. “It was special that 2009 team to be a part of it, but to be the head coach, that was definitely really cool…

“Out of coaching since the time I was 17, 18 years old in all aspects of tennis, that by far is my highlight.”

It was the well-rounded effort of the athletic programs that helped Frederica Academy finish as the runners-up to John Milledge Academy for the Michael Drake Athletic Excellence Award, which recognizes the top athletic programs in the GISA.

Second place is the highest ranking the Knights have achieved since moving up into Class 3A.

“We are one of the smallest 3A athletic programs in the GISA, yet we continue to produce top athletic teams,” said Frederica Academy athletic director Carl Nash. “Finishing in the top two for this prestigious award is a true testament to the outstanding coaches we have here and our quality student-athletes. I can’t be more proud to be a part of something as special as this.”

“I would like to congratulate and thank our parents, boosters, faculty, administration, coaches and especially our amazing student-athletes. It was quite a year considering going through the pandemic.”