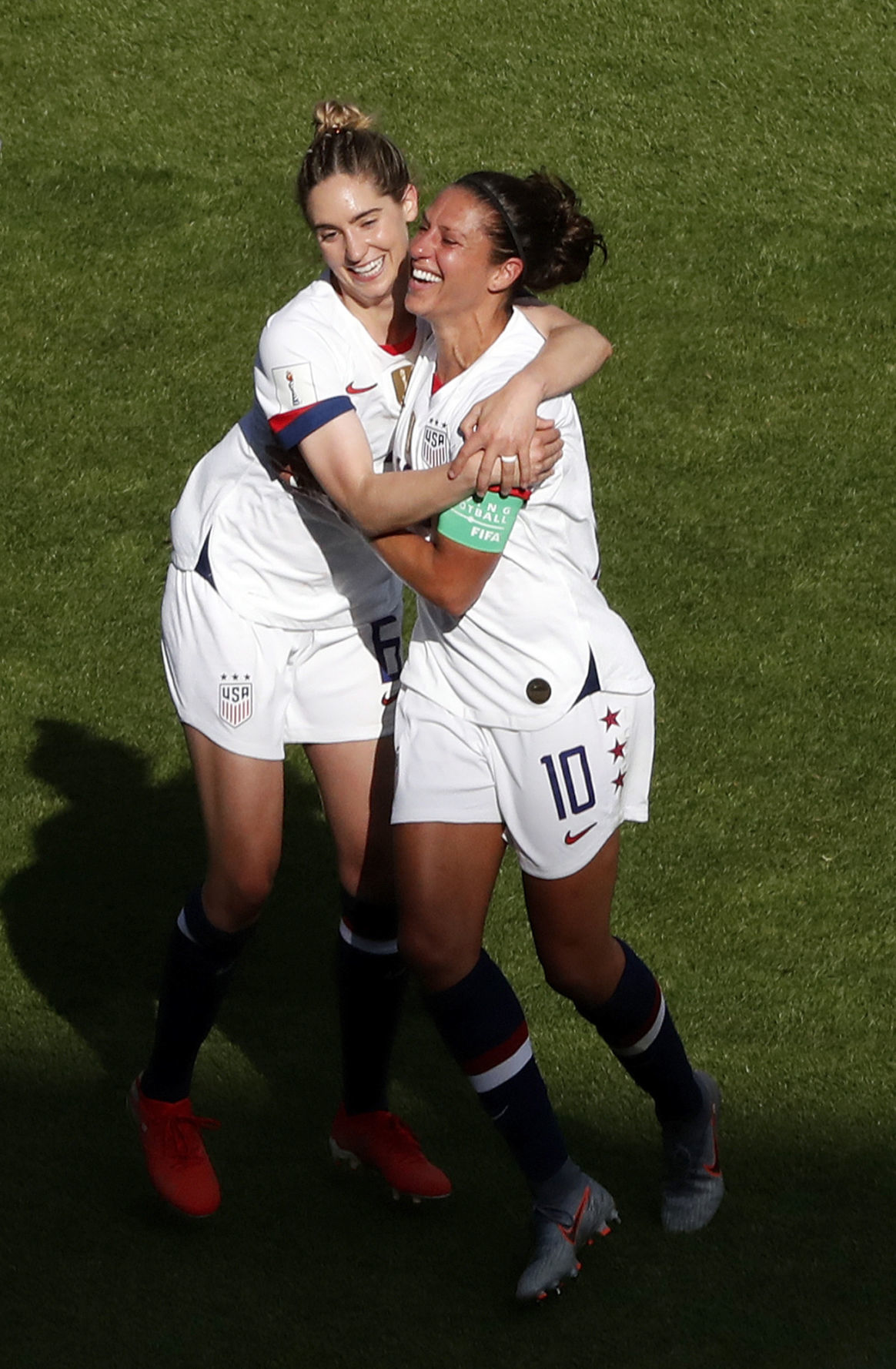 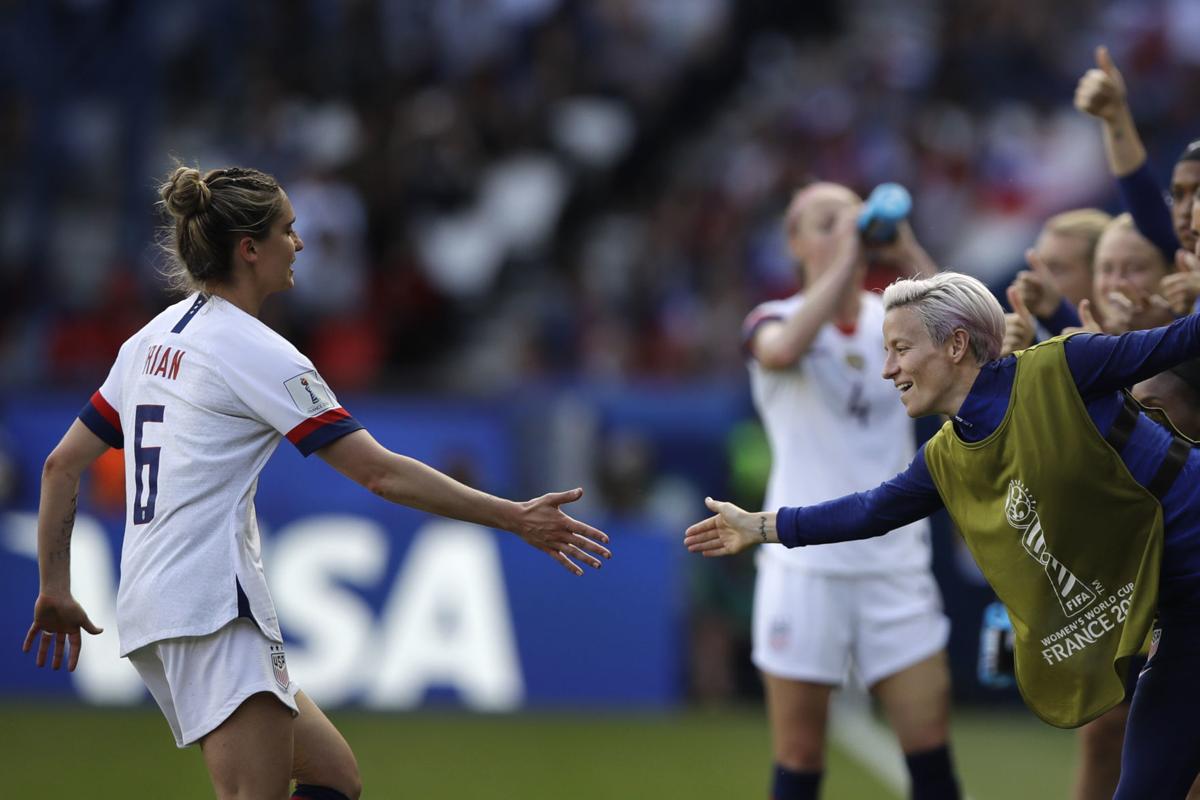 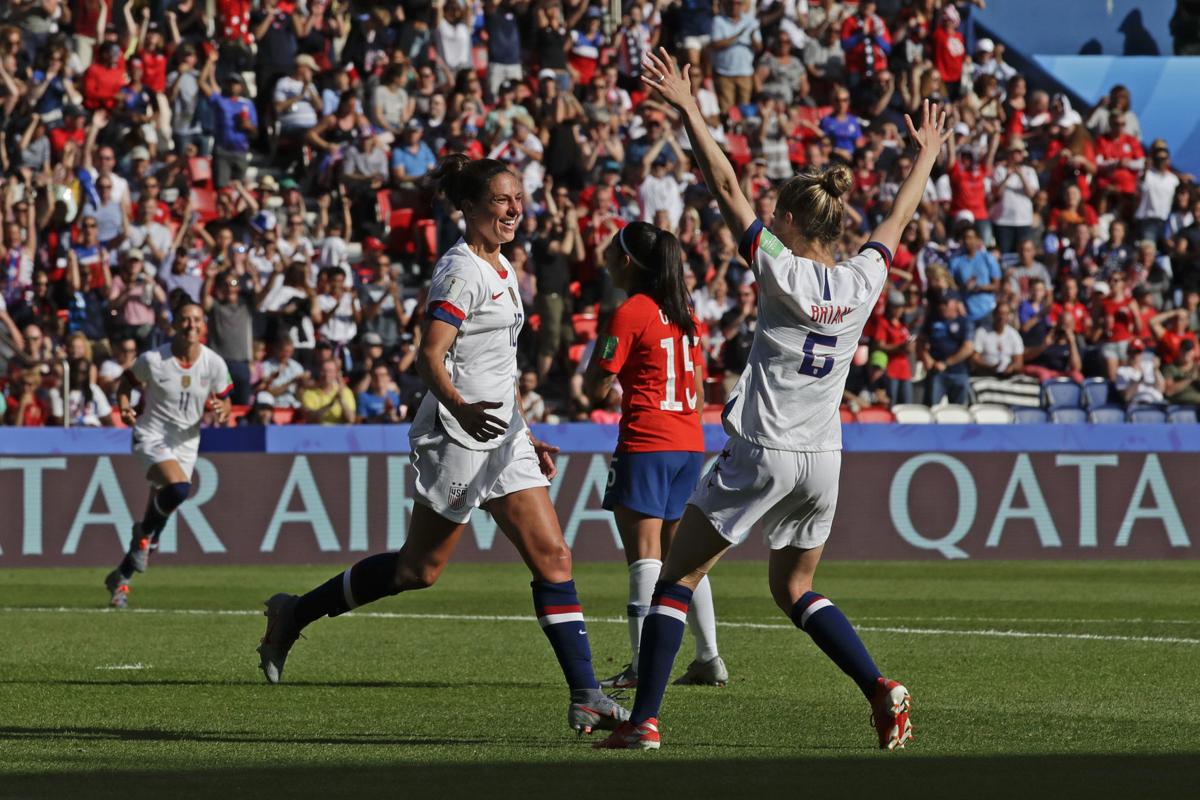 Minutes before kickoff, Morgan Brian already knew the U.S. would win its second consecutive gold medal at the World Cup.

But minutes before the Women’s National Team was announced, the former Frederica Academy standout didn’t know if she would even make the roster.

Brian was one of the breakout stars of the 2015 National Team that won the country’s first gold in a World Cup since 1999. As a 22-year-old, Brian sparked the U.S. run through the World Cup when the midfielder was inserted into the lineup during the quarterfinals and went on to start the final three matches.

However, what looked to be a coming out party of a future superstar instead became the precipice of her young career, followed by a tragic fall from grace.

Injuries stymied Brian’s ascension upon her return stateside as she suffered at least one major injury each season after the 2015 World Cup.

Brian was selected first overall by the Houston Dash in the National Women’s Soccer League’s 2015 draft, but between nagging injuries and calls to play for the national team, she’d only make 33 appearances with the club over three seasons.

On Aug. 30, 2017, Brian was dealt to the Chicago Red Stars, where she made two appearances before signing a two-and-a-half-year deal with French club Olympique Lyonnais in January 2018.

Although she had made 69 appearances with the USWNT by that point, Brian wasn’t a part of the team camp that month as she continued to rehab her injuries — though she did return to the national stage for the 2018 SheBelieves Cup in March.

Unfortunately, her health woes continued when a head injury suffered at the 2018 CONCACAF Women’s Championship forced Brian to leave a match and miss friendlies in Europe to end the year.

During that time, Brian and Olympique Lyonnais agreed to cut her contract short after four appearances with team (she didn’t play a minute in club’s run to a Champions League title), and she returned to the NWSL and the Chicago Red Stars in June 2018.

Despite the injuries, Brian was one of 26 players to receive an invitation to this year’s January Camp in Europe, but it was there she decided she couldn’t simply grind through the pain any longer.

“I was in camp in January, and I had been dealing with an abductor hamstring issue for a long time,” Brian said. “And I had just been playing through it, and I just couldn’t do it anymore. So I stopped and I just had to figure out what was wrong.

“After that, I didn’t think I was going to be part of the World Cup team.”

Resigned to stepping out of the national spotlight, Brian chose to put her health to the forefront.

In search of someone who could not only diagnose the injury, but help her treat it, Brian found physical therapists Julie O’Connell and Bria Wanzung, who she went on to thank for getting her back on track in an Instagram post following the World Cup.

Rehabbing her injury kept Brian off the national roster for the 2019 SheBelieves Cup and friendlies in April. Yet, when it came time for USWNT head coach Jill Ellis to announce the roster for the 2019 World Cup, Brian had, unexpectedly, made the cut.

“I didn’t find out until probably three or four days until the team went to camp in May that I had made the team,” Brian said. “It was definitely a surprise and something I wasn’t expecting, especially given the timeline of everything.”

Ellis announced the 23-woman roster on May 2, and it began its Send-Off Series friendlies on May 12, giving Brian just 10 days to prepare for her return to the national stage.

The short turnaround put Brian’s mental strength and fortitude to the test, but it gave her the chance to begin her redemption arc.

“It was something I wasn’t really expecting,” Brian said. “I almost had to pinch myself a little bit.

“In January, after that camp, I had kind of come to terms with it, that I wasn’t going to be able to be on the team this year for the World Cup. So throughout all low moments that I had between last World Cup and this World Cup, it was almost one of those things where I went through a lot of things and adversity in the past four years, it was just kind of a full-circle moment of how much hard work that had gone into the last four years.”

Brian put in the hard work necessary to secure a spot on the USWNT’s World Cup roster, but she was just a spectator in the 13-0 demolition of Thailand in the opening match of the group stage.

Her return to the field came a game later when she was thrust back into the starting lineup against Chile and went on to play the full 90 minutes.

“I couldn’t help but to just thank God for everything that I had gone through, and obviously being able to play on the world’s biggest stage, even given everything I’d been through,” Brian said. “So, for me, I just felt grateful the whole day, and the whole tournament, to be able to be a part of such a great group of women.”

It would be the only match Brian saw time in, but aside from stellar defense in the midfield, she made an impact every time she popped up on the screen as the word “ABIDE” could be seen written on her arm.

During the team’s bible study at the May camp, the players connected with one particular verse from the Book of John.

Brian recited the verse in a post on her social media accounts the day after the match against Chile: “Abide in me and I in you. As the branch cannot bear fruit by itself, unless it abides in the vine, neither can you, unless you abide in me. I am the vine, you are the branches. Whoever abides in me and I in him, he it is that bears much fruit, for apart from me you can do nothing.” John 15:4-5.

“That was something that we all read in our bible study group, and felt like we connected, and it was appropriate for every situation in a World Cup,” Brian said. “To be able to see that written on our arms, and be able to draw on that in those times, I think was exactly what we wanted.”

Despite outside criticism lobbed at the USWNT throughout the World Cup for their celebrations on the field, their decorum off it, and complaints regarding the wage gap between the men’s and women’s national teams, the team has open arms in welcoming and embracing all its members.

The players understand and accept that everyone is different, and setting aside those differences in pursuit of a common goal is one of the most difficult, yet rewarding aspects of being a part of the team.

“You have to literally be thinking what someone else is thinking at all times, and that’s a difficult thing to do. But it’s something that our national team has done really well, and why we’re so successful is because I feel like we all have a common goal. I think we have all kind of come together as a team, and put everything else aside, and know that we’re all here for one reason, and that was to win a World Cup.”

By the time the U.S. kicked off the World Cup finals against the Netherlands, there was little doubt of the eventual result among the team.

Although the USWNT had only won each of its matches in the knockout stage by a score of 2-1 after running through the group stage with a 18-0 differential, there was no way they were not going to cash in on four years of hard work and sacrifices.

“That was the vibe going into the final: ‘We’ve given up so much for this, we’ve worked so hard for it, and we’re not going to lose this game,’ which is always the mentality of our team,” Brian said.

The U.S. ran away from the Netherlands in the second half of a 2-0 victory, and once the horn sounded on the match, the celebration got started on the pitch and continued into the locker room, and then to New York, where the team received a key to the city in a ticker tape parade.

Even as the youngest player on the 2015 roster, Brian didn’t take her first World Cup gold for granted. But because of the journey that led her to the 2019 Cup, the medal took on even more meaning.

“I do think that, personally, it does feel a little different,” Brian said. “My journey to the first World Cup is a lot different than my second World Cup. I think there’s something to be said about digging deep within yourself, and working really hard, and having to face a lot of adversity, and doubting yourself, and kind of getting through that and never giving up.

“I think that when you go through times like that, and you ride those lows, and you get to a high, I think you learn so much through it, you grow, and I think you see your true character.”

Now Brian gets the opportunity to try her return to NSWL soccer again.

Back in Chicago, Brian is expected to suit up for the Red Stars when they host the North Carolina Courage on Sunday.

But even if she never reaches the heights she seemed destined for back in 2015, Brian has already left a lasting legacy in the sport while simultaneously inspiring the next great U.S. Women’s National Team — just as Mia Hamm and Brandi Chastain did for the current group.

“I think that’s a lot of the reason we do what we do,” Brian said. “I think that inspiring the next generation goes way beyond just our career and the short time that we have on the soccer field. It’s also knowing that you’ve made something better once you leave it.

“But I think one thing you keep in mind too is, how can you share your story and inspire other people?”