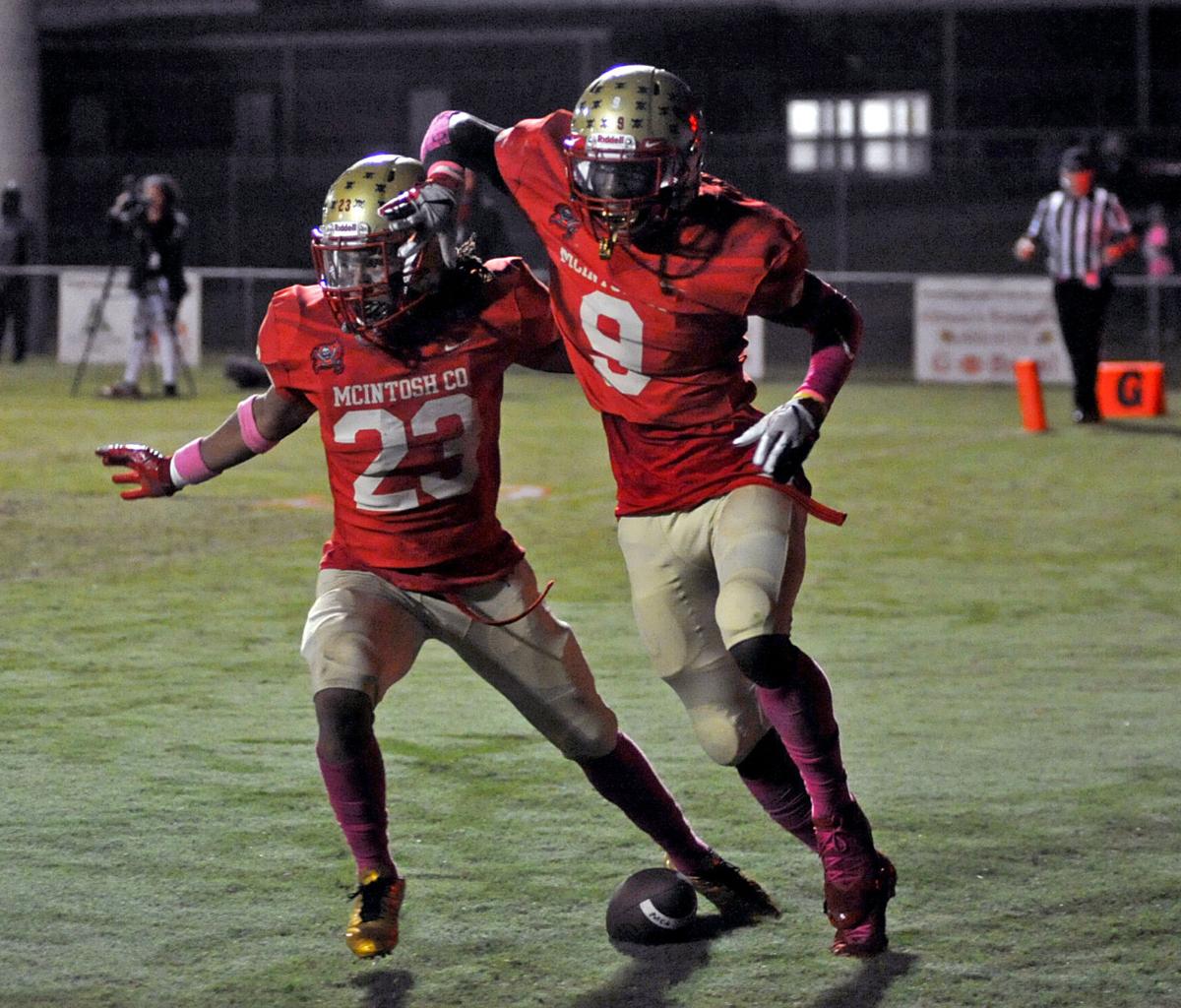 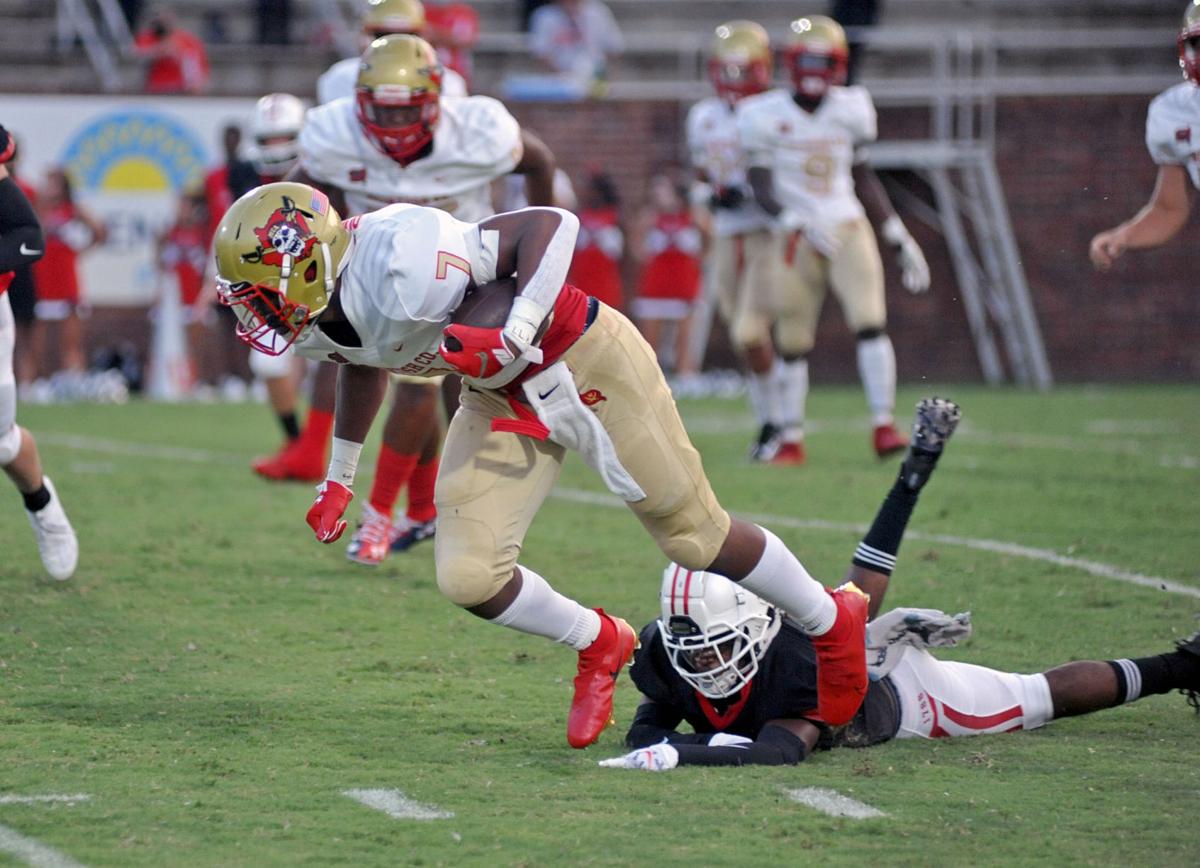 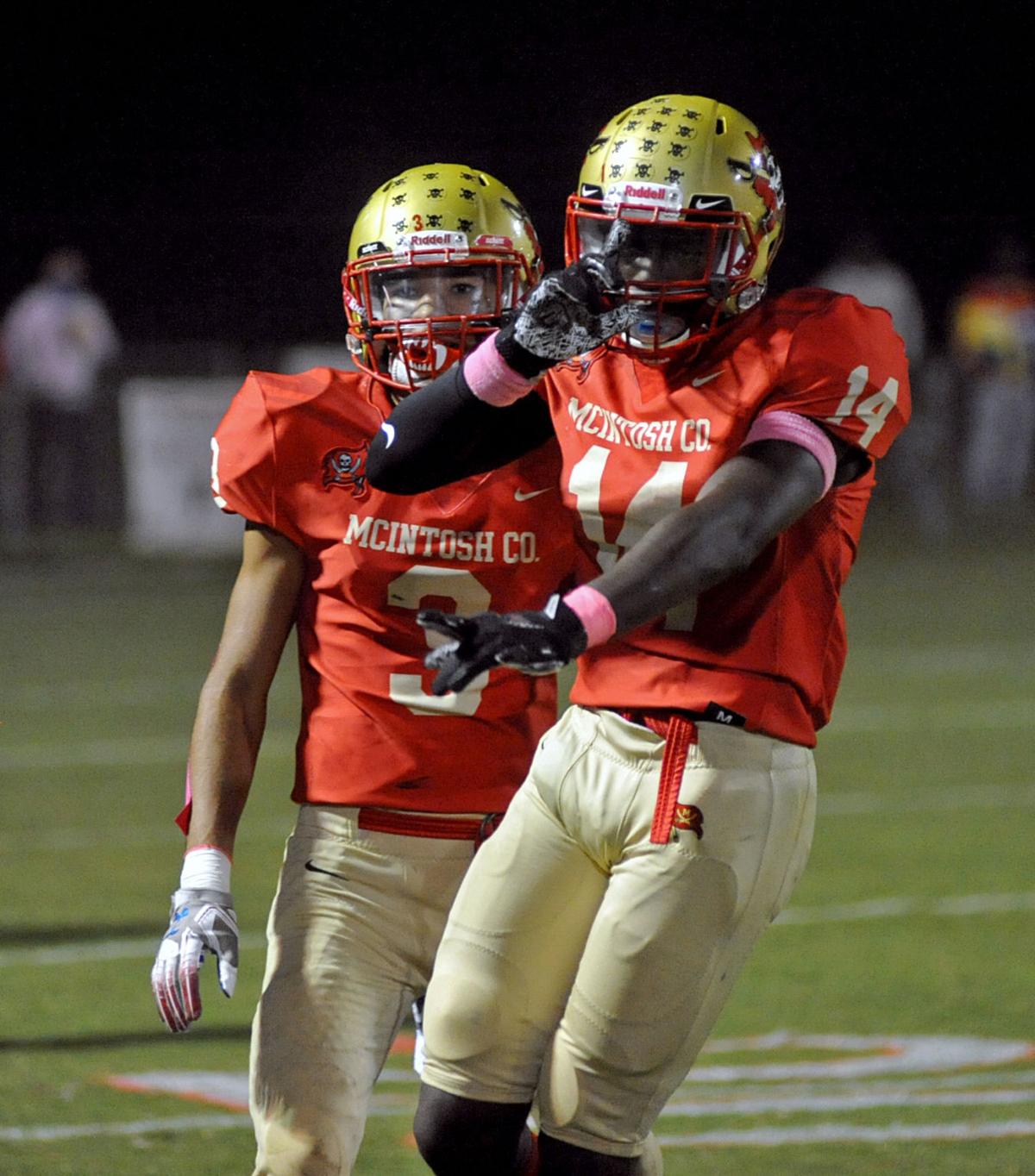 McIntosh County Academy’s Ja’Von Thomas celebrates after a defensive stop against Metter at The Ship.

McIntosh County Academy’s Ja’Von Thomas celebrates after a defensive stop against Metter at The Ship.

If the Buccaneers are going to host their a first-round playoff game at The Ship for the second year in a row, they’ll have to down one of the hottest teams in Region 3-A Public.

McIntosh County Academy enters its regular-season finale against a Jenkins County program that has recovered from an 0-5 start to run off four straight victories. Kickoff from Darien is set for 7:30 p.m.

A bye week and a matchup canceled due to COVID-19 has limited MCA to just three games since Oct. 16, but the time away has benefitted a beat up Bucs team. All-Region players Azavon Lawton and Trenton Johnson were among the players forced to miss games for McIntosh over the past month.

Portal forfeited its home game against McIntosh County Academy last week, and the unexpected rest has helped MCA work players back into the lineup before its contest against Jenkins County.

Despite the injuries, the Buccaneers (6-3, 5-1) have been one of the toughest teams in Class A Public this season with their only three losses coming at the hands of the top-ranked team in the classification, Metter, and Class 6A programs Brunswick High and Glynn Academy.

Running out of the Wing-T, McIntosh County Academy has established itself as one of the top rushing teams in the classification, averaging more than 265 yards per game on the ground.

Johnson has carried much of the offensive burden, rushing 157 times for 1,263 yards — just 70 yards shy of the Class A Public leader despite having played two fewer games. After missing the game against Metter, Johnson returned two weeks ago to rush for 122 yards on 13 carries in a 47-14 victory over Screven County.

Austin Crosby also went over the 100-yard mark on the ground in the Buccaneers’ last game, a welcome sight for a program that’s spent much of the season searching for depth in its backfield.

Jenkins County (4-5, 4-2) will act as Macintosh’s final test before the postseason. After dropping their first two region games by a combined score of 70-12, the Warriors have turned their season around with a strong defensive showing over the past month.

Jenkins has held its opponents to just 20 total points over its last four contests.

The winner of Friday’s matchup will secure the second seed in Region 3-A Public, as well as a home game to open the postseason, while the loser will hit the road as the third seed.

“I think they’re going to play hard,” Warren said. “I think we’re peaking at the right time, so we’ll see.”