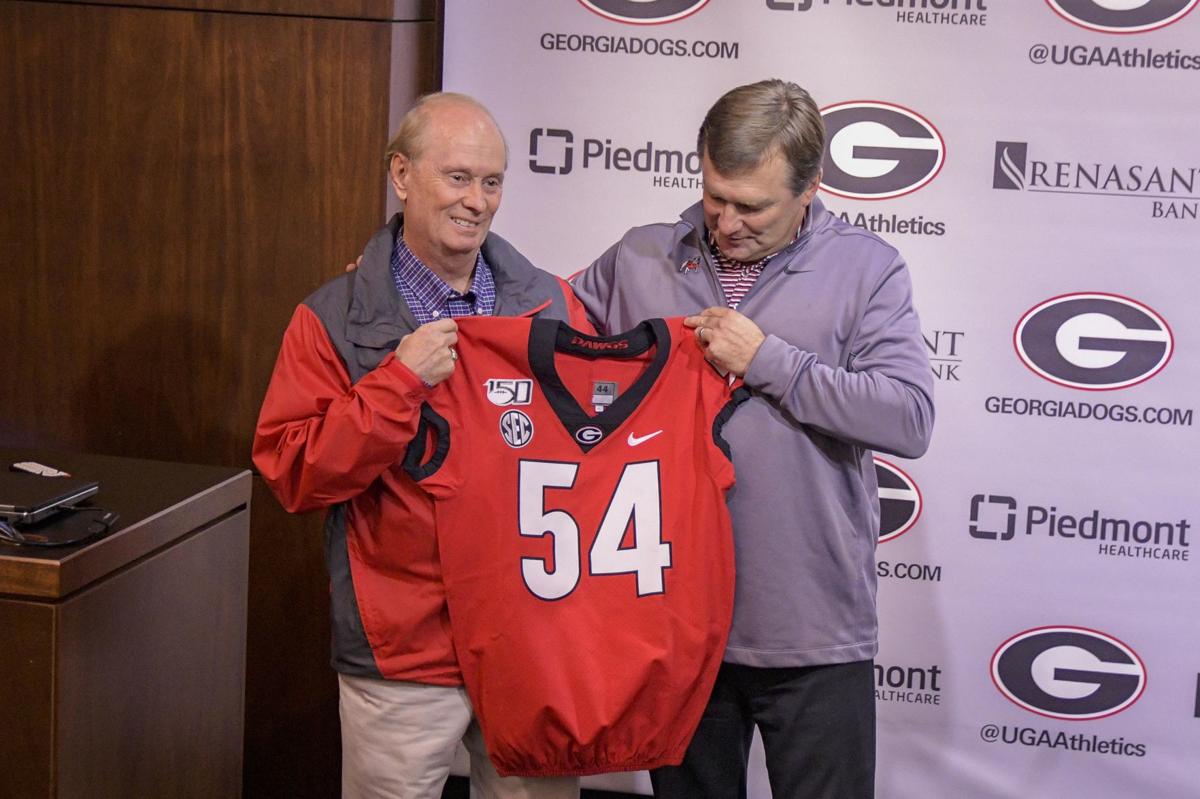 Covering Georgia football hasn’t always been the easiest task over the past 41 years, and Murray Poole’s career goes back even further.

A 1965 graduate from the University of Georgia journalism school, Poole spent 54 years working press boxes and sidelines throughout the state as the former sports editor of The Brunswick News and a contributing writer at Bulldawg Illustrated before retiring in 2019.

Poole was in attendance when Georgia last capped off a national championship season with a 17-10 victory over Notre Dame, and although he watched Monday’s title fight from home, he couldn’t help but reflect on the history he watched unfold.

“I was at the Sugar Bowl on January 1, 1981, the last the national championship, watching Herschel run for 150 yards with a dislocated shoulder and they beat Notre Dame,” Poole said. “I always remember the sea of red, and the players carrying Vince Dooley off the field. When I was sitting there watching that game, I sure didn’t think it was going to be another 41 years before Georgia won it again.

“It’s been a long time — too long probably. I kind of knew that this team was capable of doing it, just watching the best defense I’ve ever seen at Georgia all 54 years I covered them…”

A little over a month ago, that defense was nowhere to be found as the Bulldogs suffered the latest in a long line of setbacks against the Tide. After allowing 83 points over the first 12 games of the season, Georgia gave up 41 to Alabama in an SEC Championship rout.

But Poole commended the mental toughness of the Bulldogs, who went right back to work following the loss in an effort to ensure it would not happen twice.

Georgia got back to playing the type of defense it had made itself known for in its victory over Michigan in the semifinal in Miami Gardens, Fla., and it carried over into the rematch against Alabama with Heisman quarterback Bryce Young under relentless attack all night.

And the defensive side of the ball was not the only to exercise its demons — Georgia quarterback Stetson Bennett IV tuned out the calls for his starting job with a pair of second-half touchdowns that vaulted the former walk-on into Bulldog immortality.

It was a few plays before the first touchdown of the night that Poole believes the most crucial play occurred though. As the clock ticked down near the three-minute mark in the third quarter, the Crimson Tide lined up for a 48-yard field goal that would have extended their lead to 12-6 in a defensive slugfest.

But the attempt was blocked, and on the next play from scrimmage, Georgia grabbed the momentum.

“I think the blocked kick by Jalen Carter kind of swung the momentum back when Alabama looked like they were going to get a firm hold on it,” Murray said. “The next play, I think the biggest play of the game despite the pass to Adonai Mitchell in the corner — a great catch — and the interception at the end that clinched it by Kelee Ringo, but I think the biggest play is they hadn’t run well all night, then here goes James Cook with a 67-yard run. That’s when they got their first touchdown and went ahead.

“I think that was the turning point of the game for Georgia. Although they fell behind again, they turned it around and started running their ball more effectively in that last quarter.”

A touchdown pass from Bennett to Brock Bowers pushed Georgia’s advantage to eight points with just 3:33 remaining, but there was not a single Georgia fan comfortable as Alabama took over with a chance to send the game to overtime — that is, until Kelee Ringo snagged a pass from Young out of the sky and returned it 79 yards in an act of cathartic justice.

“It was big for the Bulldog Nation, not only across the south, but the world,” Poole said. “Just a lot of frustration went out the window last night when they took charge in that fourth quarter and really put it away.

“I think there was so much emotion built up with Alabama beating them seven straight times, and beating Kirby Smart four straight times in games in which the Bulldogs had double-figure leads in about three of them and let them get away. It seemed like the worst thing that could happen might happen in this series.”

Interim Glynn County Manager Mike Stewart has been publicly offered to have the interim tag removed from his job title, but he has no intention of accepting.