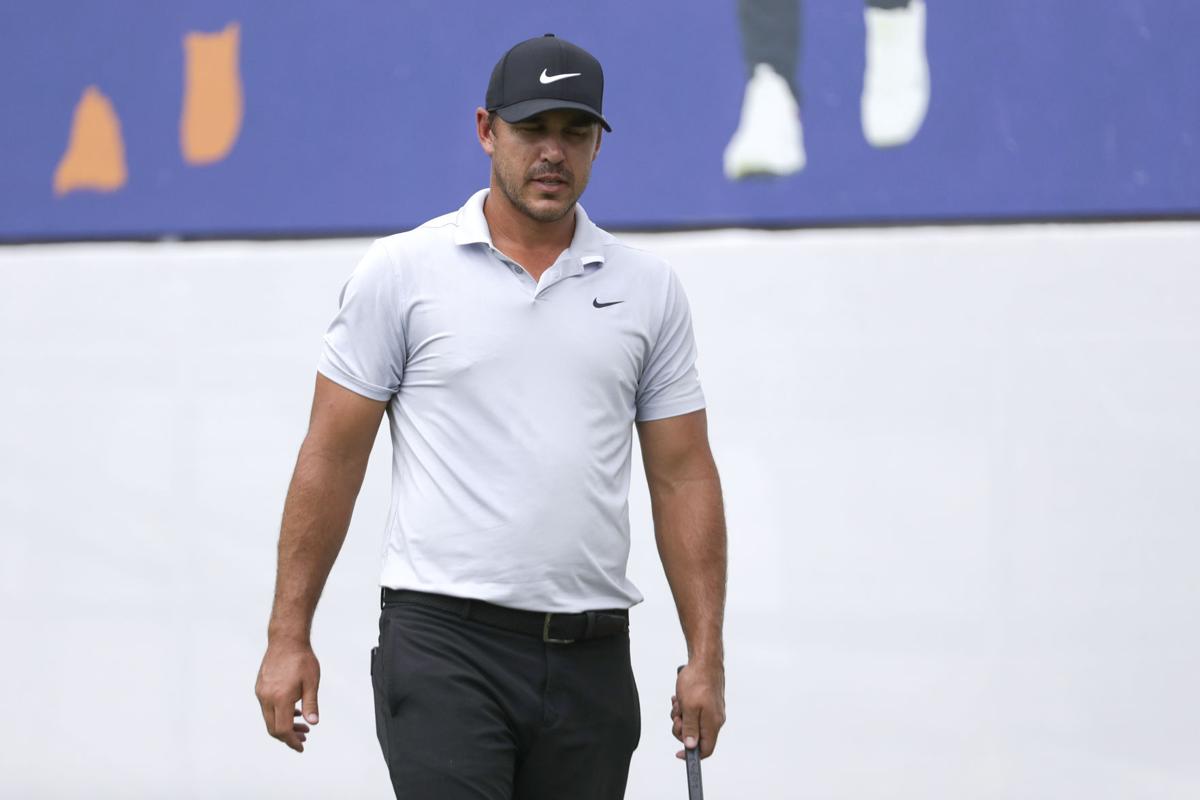 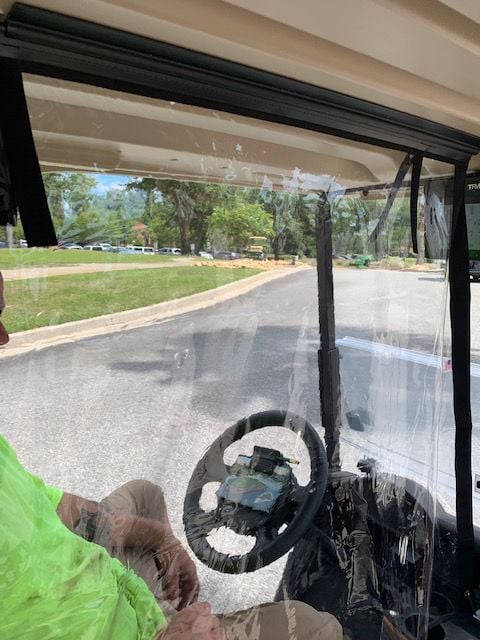 The protective cart shield that Heritage Oaks and Sanctuary Cove are using to keep their golfers safe. 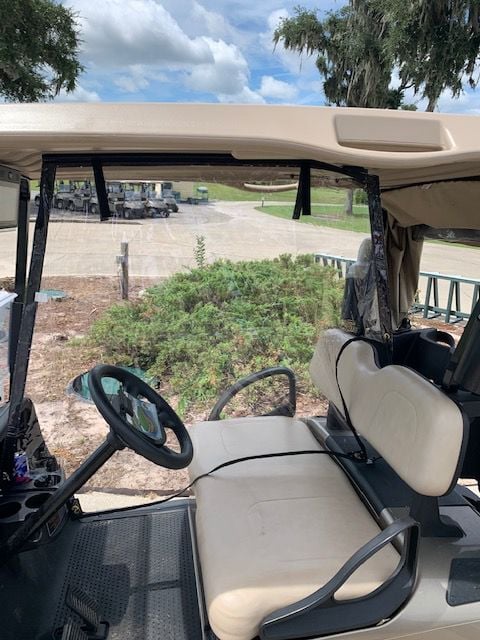 The protective shield that will be in carts at Heritage Oaks and Sanctuary Cove.

The protective cart shield that Heritage Oaks and Sanctuary Cove are using to keep their golfers safe.

The protective shield that will be in carts at Heritage Oaks and Sanctuary Cove.

With the COVID-19 protocols in place, both Heritage and Sanctuary have been using a one-person per cart rule. Now the two courses have found a solution to allow people to ride with each other safely.

Head golf professional at Heritage Oaks, Bubba Clark, said these new shields would help keep the traffic down on the course as well.

“We’ve only got about 65 golf carts, so that limits the number of players we can get out there,” Clark said. “Plus, we’re trying to keep people safe. Also, the wear and tear on the golf course, when you drive off the grass, and you have that many more carts going, it’ll make bare spots.”

This new shield will also help keep his cart attendants workload at a normal amount.

“Most of our card attendants are in their 60s and 70s, and they’re pulling out double the amount of carts,” Clark said. “We’re washing them, turning them around and sending them back out again. So it’s a little less work.”

The courses are also taking precautionary measures by wiping down the carts multiple times a day, wherever people would touch.

It’s quite a unique way to allow people to ride on carts together again.

I’ve been to courses with my friend who’s teaching me how to play throughout this pandemic, and this is by far one of the most creative ways to somewhat get back to normal.

My friend and I usually walk Heritage because of the one-person cart rule, and well to get some exercise, but now there is a way to ride together.

Granted, we will probably still walk because of what time we go in the evenings, but now we have options. I think it’s incredible these two courses are trying something different, and hopefully, it’ll allow their members to feel somewhat normal again.

Before we get into this week’s tournament, I must say one more time congrats to Michael Thompson for getting his second PGA Tour win.

Thompson is one of three Golden Isles golfers participating this week in Memphis for the 2020 WGC- FedEx St. Jude Invitational. Matt Kuchar and J.T. Poston are the other two local pros in the field.

What a field TPC Southwind has this week as 45 of the top 50 players in the world tee it up, including Rory McIlroy, Justin Thomas, Brooks Koepka, and many others.

Once again, the Tour missed out on an excellent opportunity to pair up Koepka and Bryson DeChambeau, but I won’t go into that again.

Maybe one day, the pairing will happen, and we will get to see some fireworks.

However, it’s going to be an exciting week of golf. The PGA Championship is a week away, but I still expect these golfers to come out guns blazing.

While it could be considered a tune-up week for a lot of the guys, I think we’re going to see major-like intensity.

Koepka is returning to defend his title but after seeing how much pain he was in last week, I don’t know that is possible. At the same time, knowing how intense and competitive Koepka is, he could come out and blow our socks off.

He loves this course, and the kids over at St. Jude, so anything could happen. Koepka visited the hospital since the usual cannot occur due to the pandemic. The kids at St. Jude usually greet the winner and are huge parts of this week, but this year they won’t be able to.

While Koepka is usually one of the golfers that need an attitude adjustment — in my opinion — he hit a soft spot with me this week.

“I could be fighting for my life like some of these kids that are in the hospital,” Koepka said in an interview with the PGA Tour. “They’ve got a smile on their face. And yeah, I might be pissed off, I might be mad, but there’s no excuse for me not to have a good attitude and smile all the way through this because I don’t have to deal with what they have to.”

What a great mindset for him this week as he’s still dealing with that nagging knee injury.

I’ll be watching Thomas closely this week as he’s got a new caddie this week as Jimmy Johnson fell ill at the Memorial, causing Thomas’ dad to finish the round.

Jim “Bones” Mackay will be on Thomas’ bag this week and next week until Johnson is cleared. He’s a legend and well Thomas is too, so this pair together will be must watch TV all week.

I’ll also be looking at the shoes Thomas is wearing. One of the patients at St. Jude designed him a pair, and FootJoy made them. He announced on Wednesday and showed the media. All I’m asking is, can FootJoy make me a pair in a ladies nine?

Regardless of fashion and big names, this week is sure to produce some entertaining golf. It may be a week before the next major, but TPC Southwind has a vibe that I think any golfer would enjoy watching.