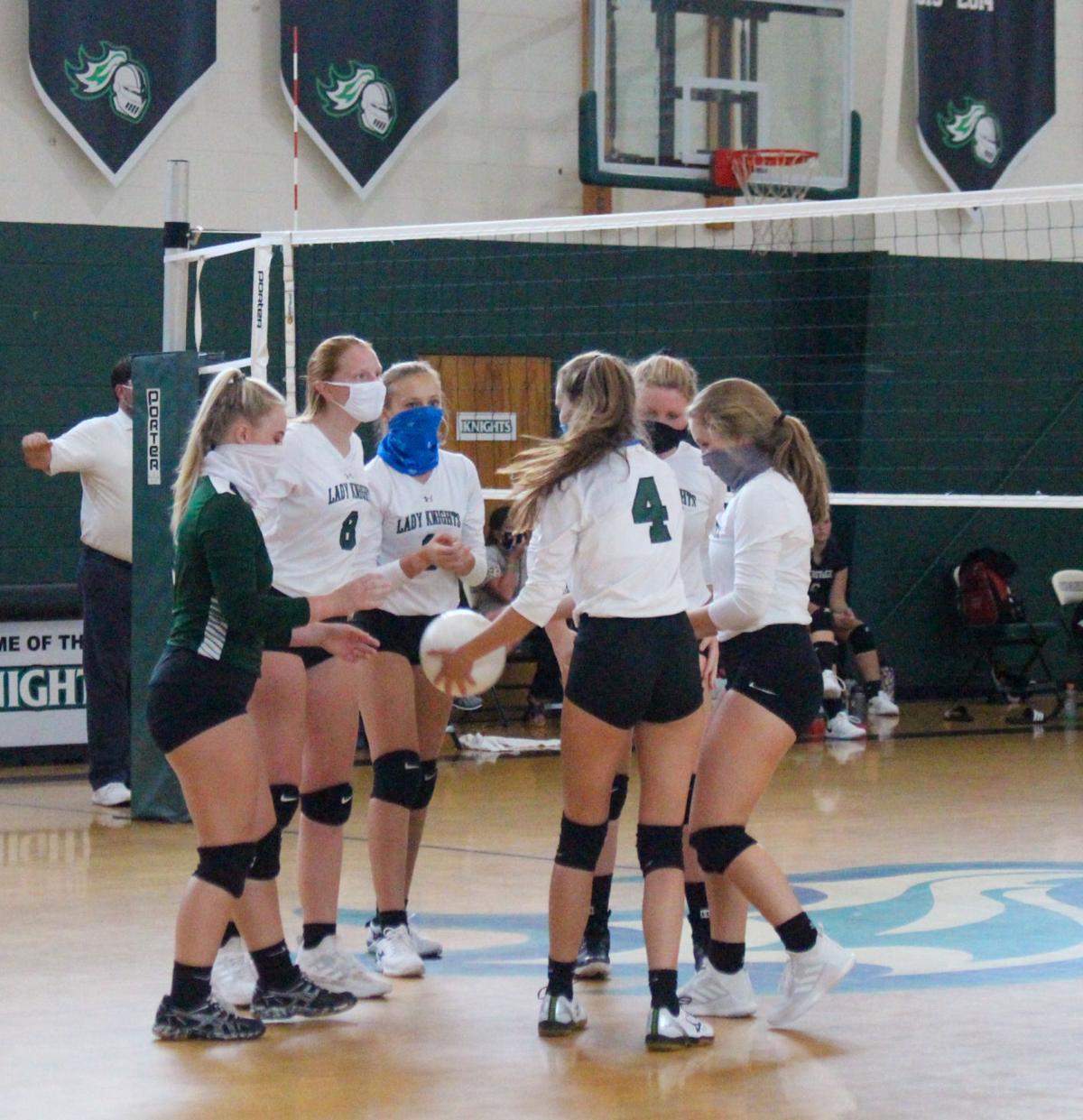 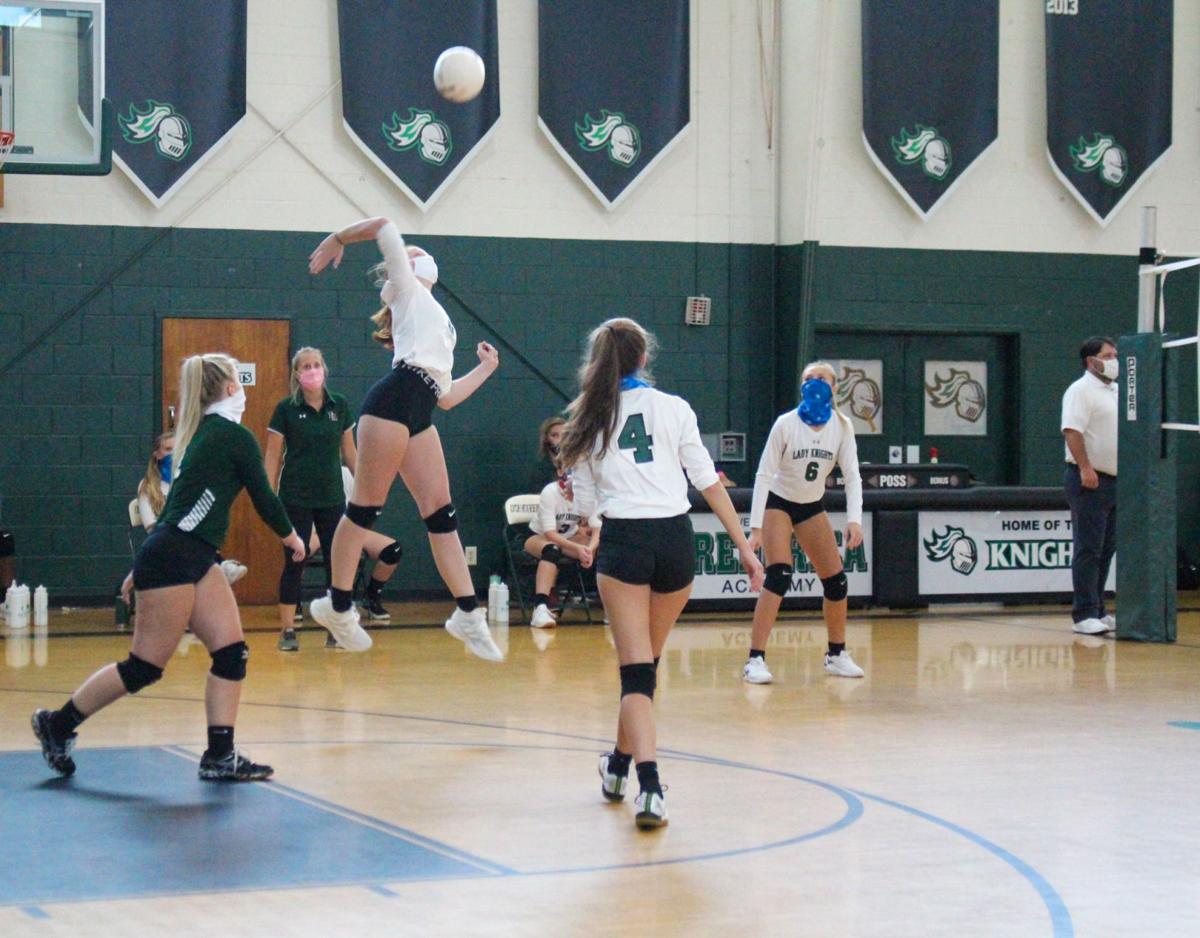 Ryann Hankey slams the ball over the net for a point on Tuesday after senior libero Bekah Brooks, green jersey, set the ball up for her. 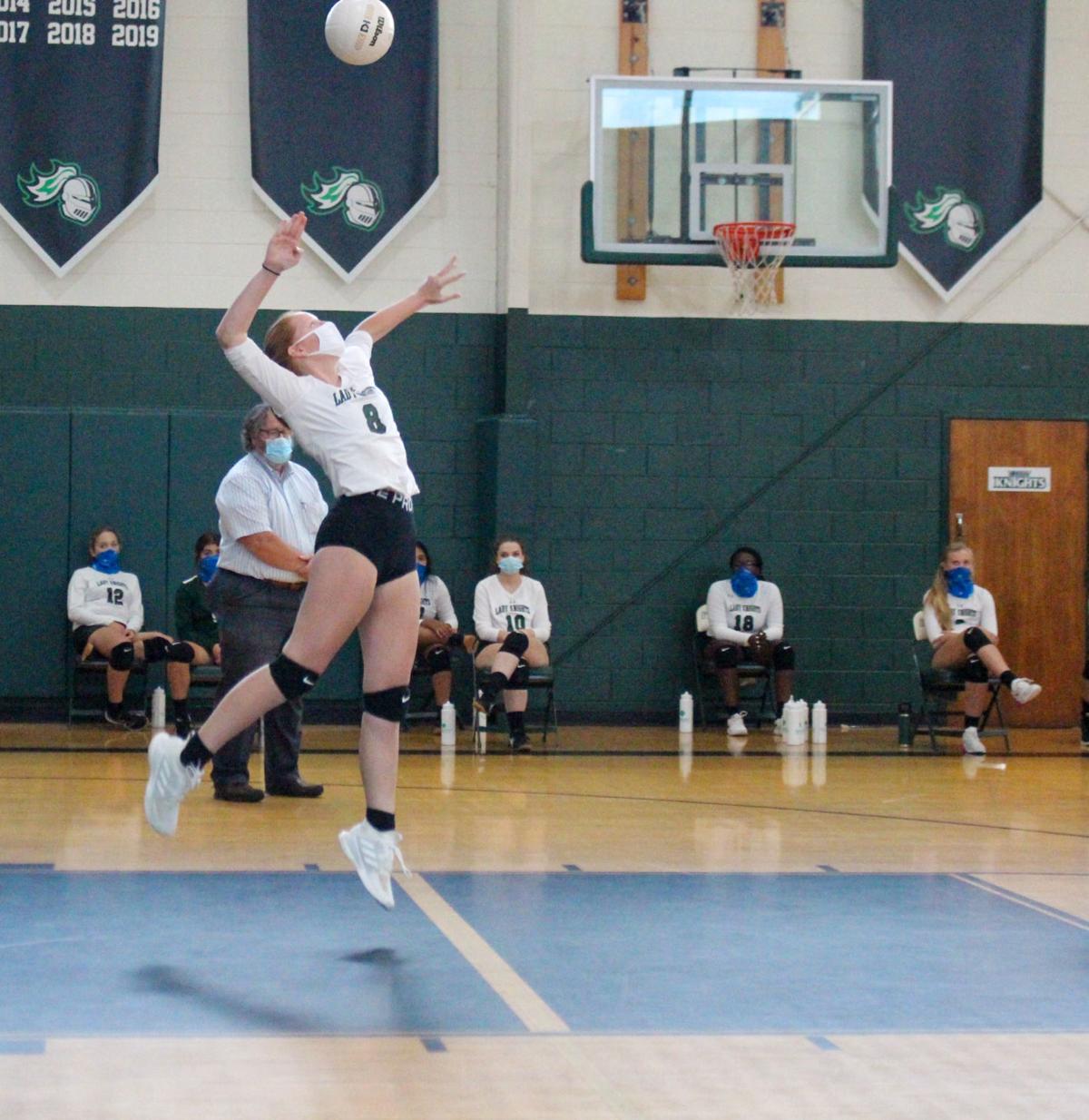 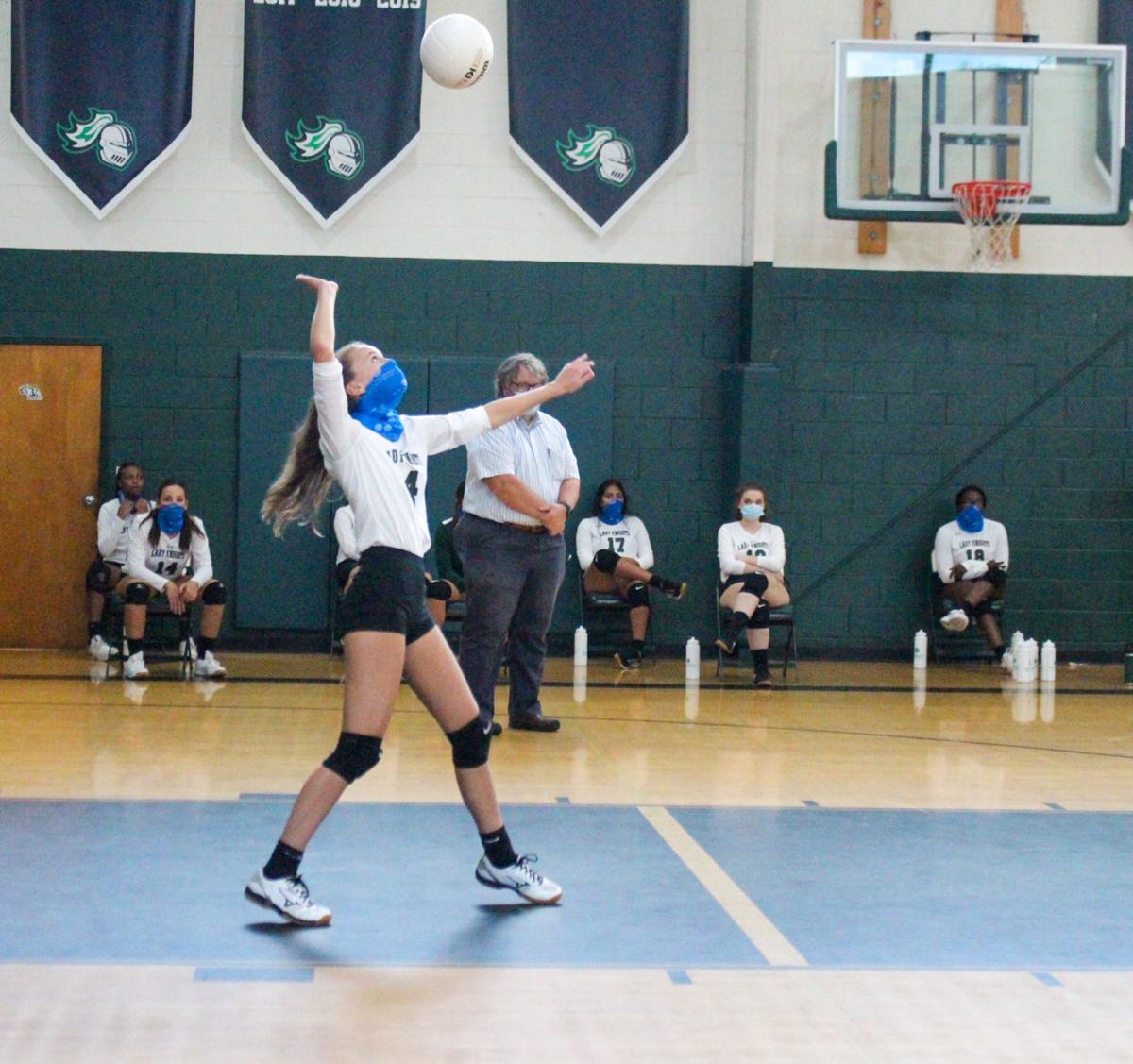 Freshman, Katie Eckert serves it up against Heritage Christian on Tuesday.

Ryann Hankey slams the ball over the net for a point on Tuesday after senior libero Bekah Brooks, green jersey, set the ball up for her.

Freshman, Katie Eckert serves it up against Heritage Christian on Tuesday.

Frederica Academy’s volleyball team is working through some growing pains as the Knights are 2-4 on the season, but when there are two freshmen and three to four sophomores in the starting lineup, those can be expected.

The Knights got a chance Tuesday to get redemption against Heritage Christian, who won 3-0 in the first match. Frederica took the first set 25-17 but lost the second set to the Eagles who came back from being down 14-9 to win 25-20.

“We came out and played our hearts out,” Frederica’s coach Brittany Griffin said. “We played them in the first game last time, and we showed up so much better here. They’re showing up as a team, and they’re getting better each game. So they’re starting to get confidence and everything like that.”

The Knights have eight freshmen, five sophomores, two juniors and two seniors on their team. With so much youth on the team, growth is crucial. Griffin said one of the biggest things they’ve worked on is their communication.

“Our issue before was with no communication, and everyone was just looking at each other,” Griffin said. “Communication is key and working as a team. That is their big growth that I’ve seen.”

There are usually at least five underclassmen starting for the Knights, and Griffin said it’s about getting the experience for the future.

One of those youngsters is the Knights starting outside hitter, Ryann Hankey. She’s a sophomore who showed some dominance on the court Tuesday. Hankey tallied seven kills and six aces against the Eagles, including eight straight points in one of the sets.

She was all over the court, finding ways to back up other players and get her shot in as often as possible. Freshman, Katie Eckert, was another player that was a constant on the court as she finished the match on Tuesday with 13 assists.

Another leader on the court isn’t an underclassman, but one of the seniors showing the youngsters how it’s done.

Senior libero Bekah Brooks collected four aces herself and had 16 digs — many of which allowed the Knights to score. She commanded the court and her communication helped a lot of the other girls.

“So, Ryann, our outside, she’s doing great,” Griffin said. “We really need to work a little bit on her back row, but other than that, she is really pushing those outsides. We have some other leaders who had some great passes too. Our seniors, libero Bekah, as well, she’s really got that back row and is the leader there.”

Griffin said this group is taking it one game at a time and has the team working on their serves the most to make them more consistent.

“If we get some runs on serves, no team has come close to us,” Griffin said. “If we miss our serves, that is where our issues arise. So serving is our focus right now because if we can’t serve, obviously they get the points and we can’t have a rally. So really focusing on that serving and making sure they’re coming in as a team and not getting down on themselves. If they do miss, they need to move on to the next.”

Up next for Frederica will be a non-conference match against Ware County, who is 10-3 on the season. The match is Thursday in Ware County and begins at 5 p.m.