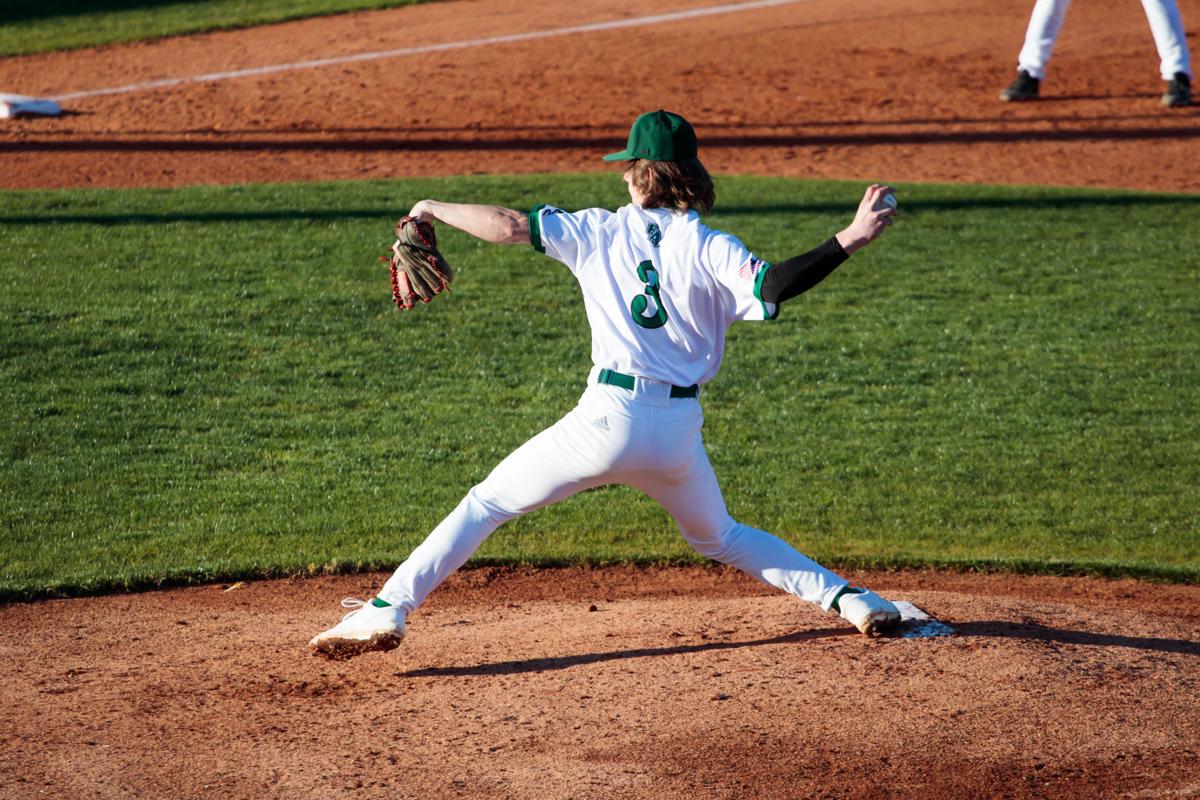 Ben Carroll throws a pitch during a game this season. 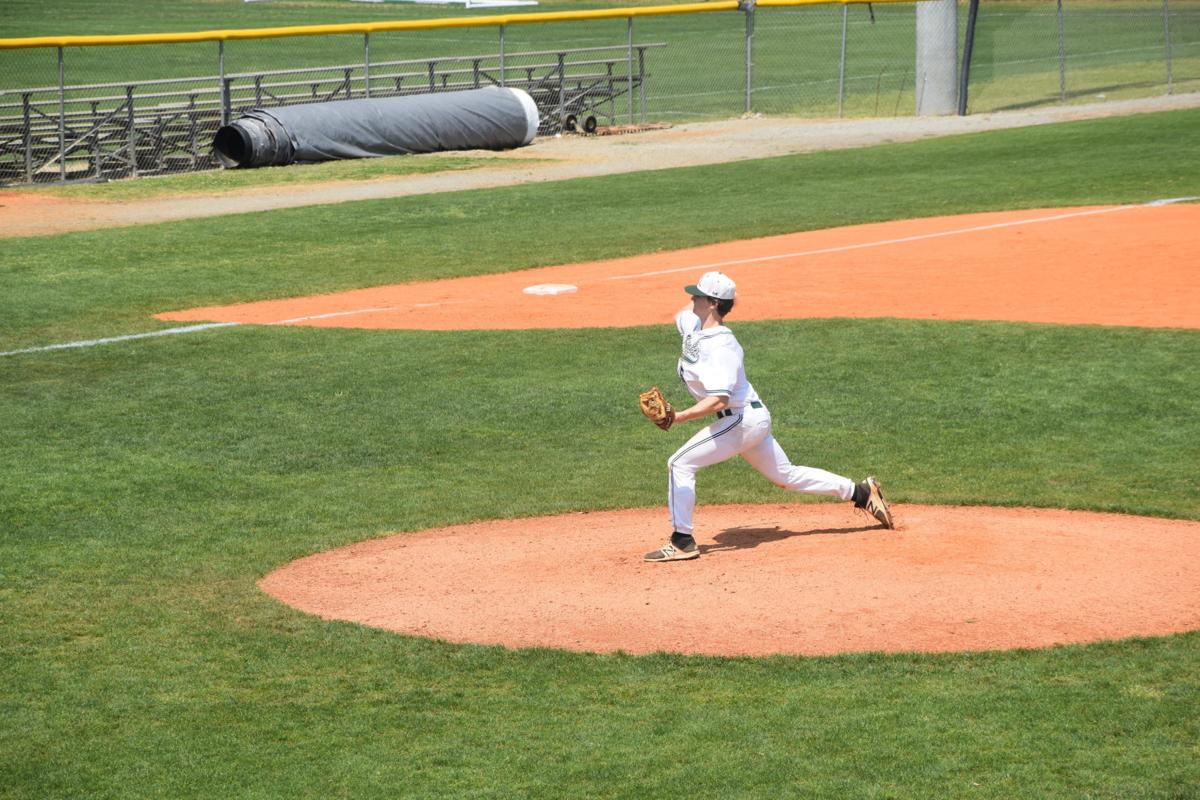 Will Counts throws a pitch during a game earlier this season. 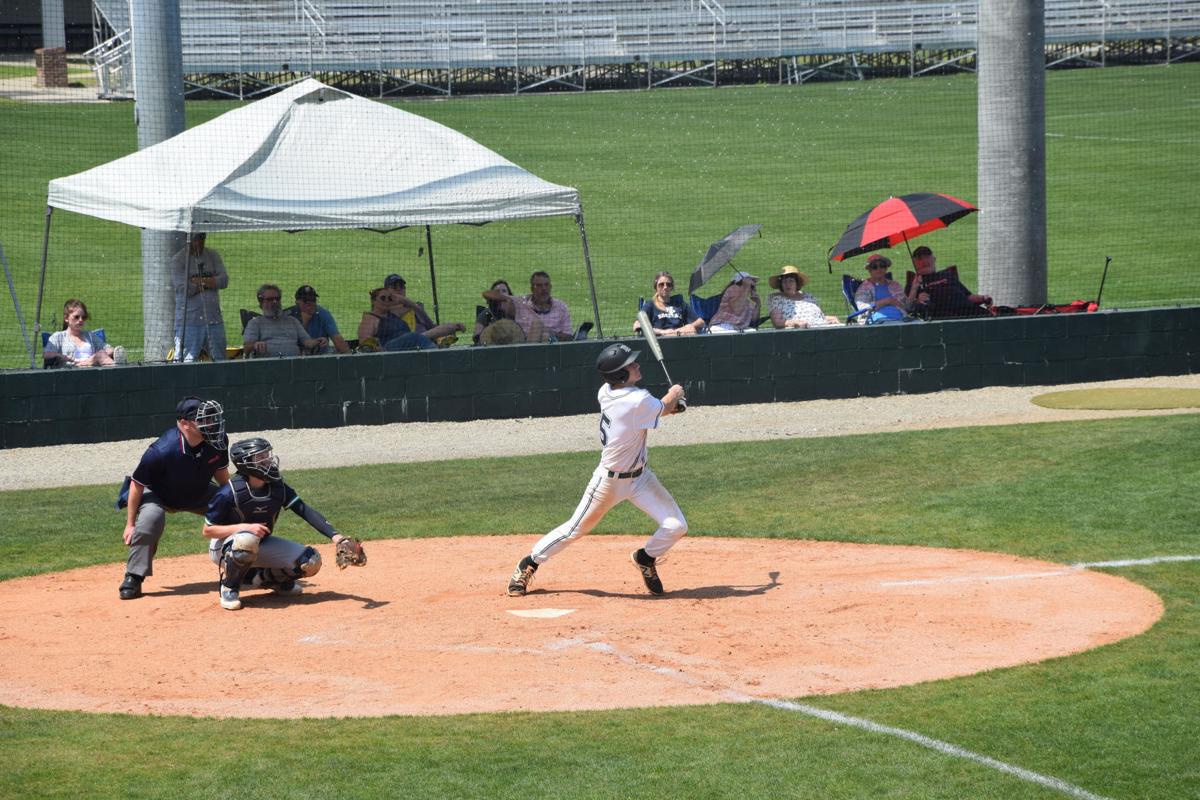 Will Counts gets a hit during a game earlier this season.

Ben Carroll throws a pitch during a game this season.

Will Counts throws a pitch during a game earlier this season.

Will Counts gets a hit during a game earlier this season.

Frederica Academy’s baseball team has had a season of growth and adversity. As the season progresses, the Knights will host a tough field in town this weekend as Calvary and Covenant for a tournament.

The Knights hosted Covenant on Thursday, and they’ll see them again Saturday. In between contests, Frederica will take on Calvary on Friday evening.

In coach Tim Orlosky’s first season as the head coach, it has been a tough start to the season. With two COVID-19 quarantines and weather issues, the Knights only had around six or seven practices before region play started. Orlosky said those issues, coupled with injuries and a thin roster — has been challenging.

Despite the early season adversity, Orlosky said he feels like things are starting to change.

“Last week was a pretty good week for us where we were finally able to start putting it all together a little bit, so it’s been encouraging,” Orlosky said. “We hope to keep building off of that and continue to get better as the season goes on. We’ll continue to be challenged our schedule — I don’t think it is an easy one.”

The Knights finally got their first win of the season Saturday over First Presbyterian Christian Academy 13-3. Orlosky said while it was good to get that first win under their belt, they expected to win that game.

“I don’t think it came as a surprise to anybody in our dugout,” Orlosky said. “It was the games before that where we felt like we were getting better and putting together quality abs(at-bats), playing good defense and just doing all the small things that it takes to win baseball games. We expect to play a higher brand of baseball, so I don’t think anyone was content with that. We surely expect to continue to put together quality performances and continue to elevate.”

The Knights have had a few injuries out of their pitching staff, so they’ve had guys learning the position as they continue.

“They’re doing a good job — I think you know everybody is trying to learn on the fly and doing the best they can,” Orlosky said. “I really can’t ask any more out of them than what they’re doing.”

Some guys that have been standing out for the Knights have been John Havens and Will Counts. Orlosky said that Havens has improved this season and Counts just competes, though he added that it’s been a total group effort on the mound, and he’s happy to see that.

“John Havens has done a pretty good job for a young guy. He’s improved from the beginning of the season to now,” Orlosky said. “Will Counts has done a phenomenal job on the mound, and I don’t think he considers himself a pitcher, but he’s just kind of a competitor who has been able to get out there and perform for us.”

This weekend’s two opponents will keep the Knights on their toes. Orlosky said Calvary is a talented baseball team that will probably be the best in the tournament. He also said Covenant would be tough.

Frederica will have four days straight of games as they had a region matchup against St. Andrews on Wednesday night.

“I suspect we’ll have our hands full there. We’ll be playing four games in four days, so we’re going to be stretched extremely thin,” Orlosky said. “It’s going to stretch us pretty thin this weekend, but I imagine we will be challenged in all of our games. We’re just going to be battling it out and hoping to compete with these guys and see where we end up.”

For the Knights to have a chance at being victorious this weekend, Orlosky said they’ll have to put together a complete game.

“We need to be sound in all, all areas of our play. We need to throw strikes, make routine plays and have solid approaches at the plate,” Orlosky said. “We’ve been sporadic with our ability to do all of that — some games we have great offensive approaches, but we give them a ton of free passes.

“Recently, we’ve been sound in all three areas and done a good job not giving the other team too much and continuing to apply pressure offensively for seven innings. If we do that, it always gives us a chance to win. We’re still a little bit of ways away from being a complete ball club, so we want to continue to trend upwards, compete and work towards a regional appearance.”

Frederica hosted Covenant Thursday night, but at the time of press, the game was still going. Next up for the Knights is a 7 p.m. contest Friday against Calvary. Frederica will also play another home game against Covenant on Saturday at 1 p.m.

Jury selection gets a trial run at Selden gym

Chief Deputy Clerk Rebecca Walden will be at the concession stand Monday at the Selden Park gymnasium.

Jekyll Island will postpone the Shrimp & Grits festival for a second year.

The Golden Isles community will join others around the world this Thursday to celebrate the planet we all call home.

Culinary arts students at the Golden Isles College and Career Academy have perfected the art this year of preparing a meal for hundreds.

There were a lot of repetitious conversations Monday at the St. Simons branch library.