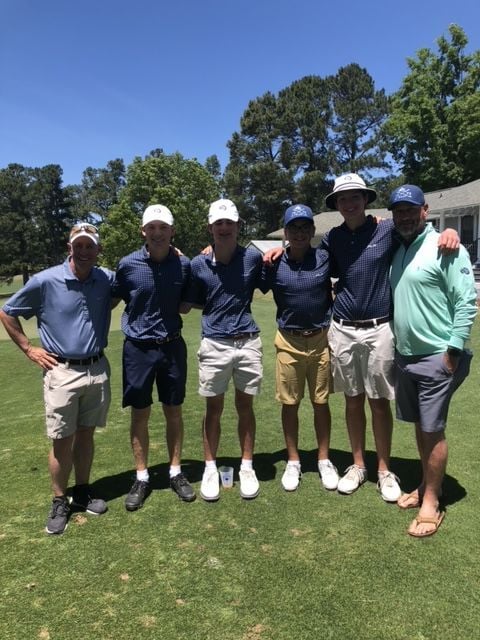 Frederica Academy's golf team poses for a photo at the Southern Cross Invitational Golf Tournament at the Palmetto Club in Aiken, S.C. 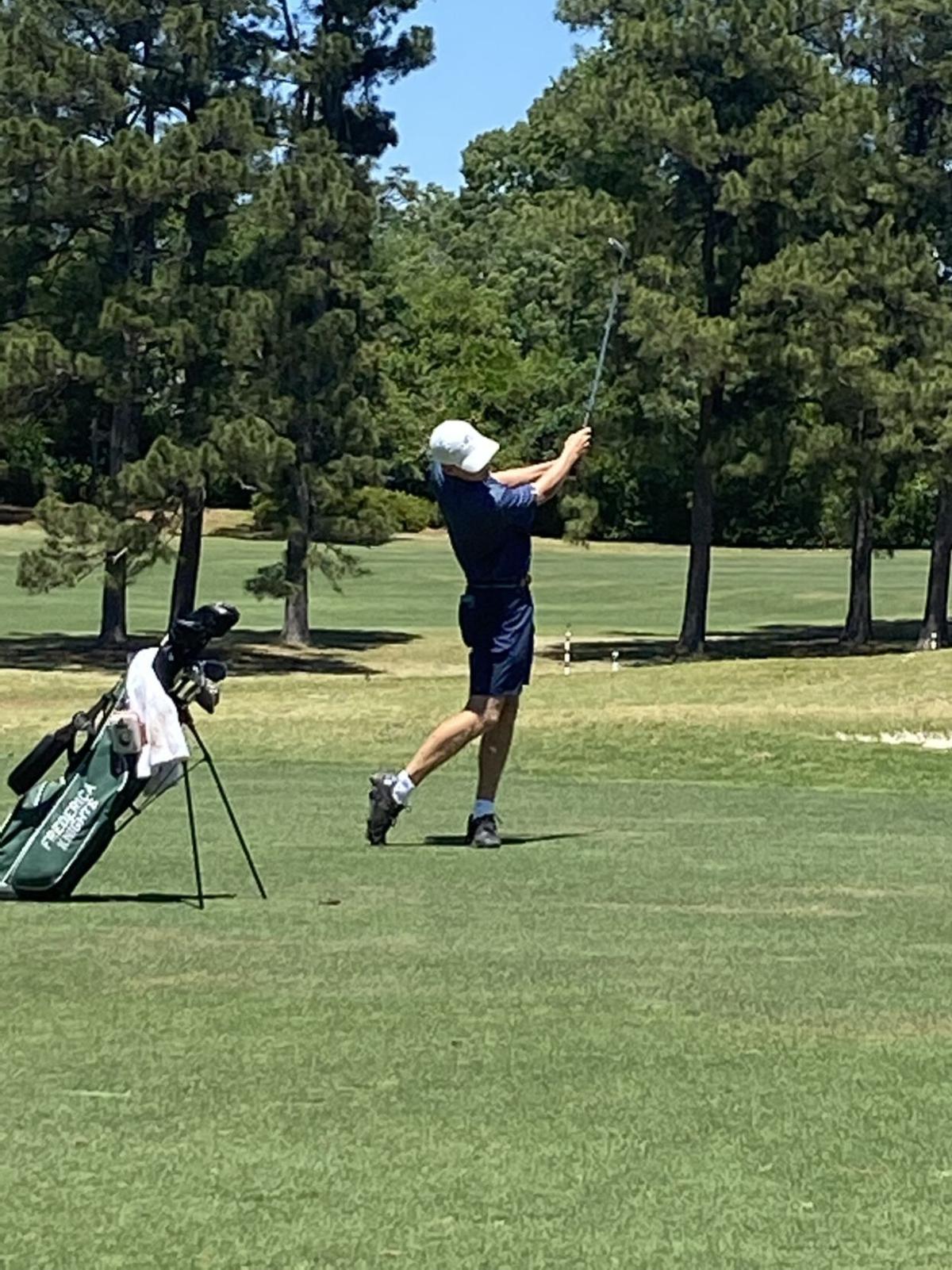 Thomas Henderson hits a shot on the 18th hole during the Southern Cross Invitational Golf Tournament.

Frederica Academy's golf team poses for a photo at the Southern Cross Invitational Golf Tournament at the Palmetto Club in Aiken, S.C.

Thomas Henderson hits a shot on the 18th hole during the Southern Cross Invitational Golf Tournament.

Frederica Academy’s golf team finished up their season on Saturday at the Southern Cross Invitational Golf Tournament at the Palmetto Club in Aiken, S.C.

Four Knights competed in the two-day tournament and finished 14th out of 21 teams with a 473 total score.

Christ Church Episcopal won the tournament with a 437 total, and Gene Zeigler of Trinity Collegiate School was the low medalist with a 1-under, 141 score.

Henderson and Byrd paced Frederica as they both finished with 155 total scores. Byrd shot 74-81 over two days while Henderson shot 82 and 73.

“This is a fantastic event, one of the best high school golf tournaments in the country as far as talent level goes,” said Frederica golf coach Tom Willis. “We had to apply for the invitation, and only the top teams are accepted, so just being in the field is an honor.

“The course is very difficult, the toughest course we played all season, with the holes very tight and the greens extremely fast. None of our players had ever played the course before, and there are no practice rounds allowed, so it was tough for us just getting used to the course and the conditions.”

Willis said Byrd had a good round on Day 1, taking advantage of five birdies to finish with his 74.

“He did well to overcome an early triple bogey on the third hole to get it all the way back to even before dropping a few strokes coming in,” Willis said. “Unfortunately, the rest of the team couldn’t give him much help, and we were all struggling early and had a good day on the backside to keep things from getting out of hand.”

On Day 2, Henderson was the leader for Frederica as Willis said he played even par for most of the day, avoiding big numbers.

“It was a great showing in his last round for his high school career,” Willis said. “I really enjoyed getting to know him and watching him play. He has a great game and will likely have a strong college golf career.”

Willis said overall, they didn’t finish like they wanted to in the tournament, but it was a good experience.

“This is a young team, and we should have a good chance in this tournament next year now that we know what it is like,” Willis said. “I know we will have some good players step up to help fill in Thomas’ shoes. We had a good season, and we are going to continue to improve. The future is bright for FA golf.”