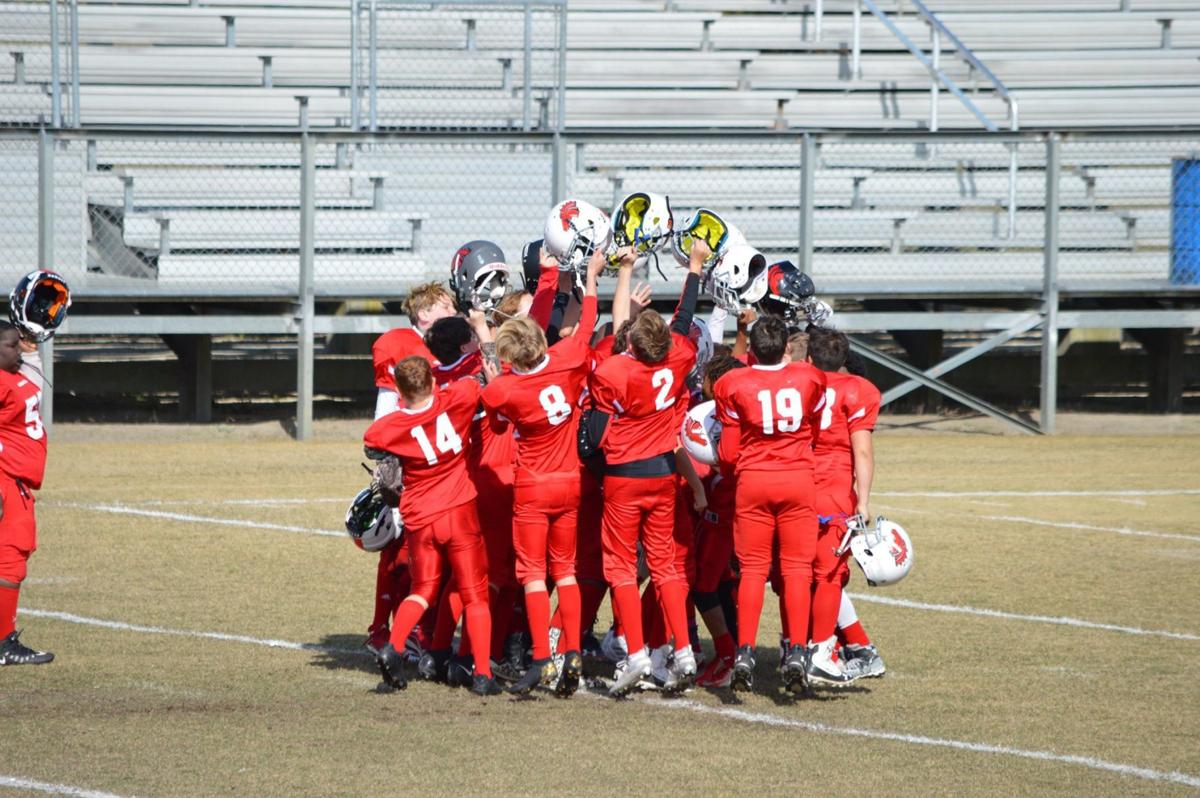 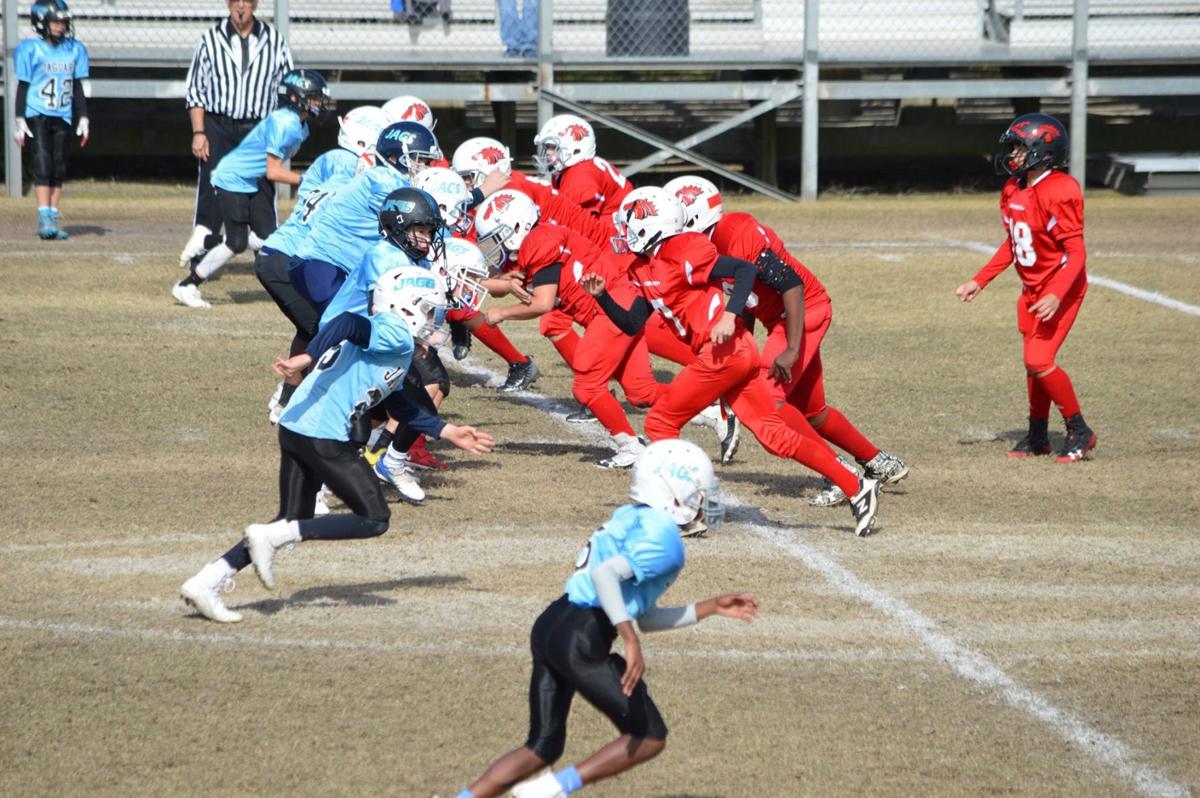 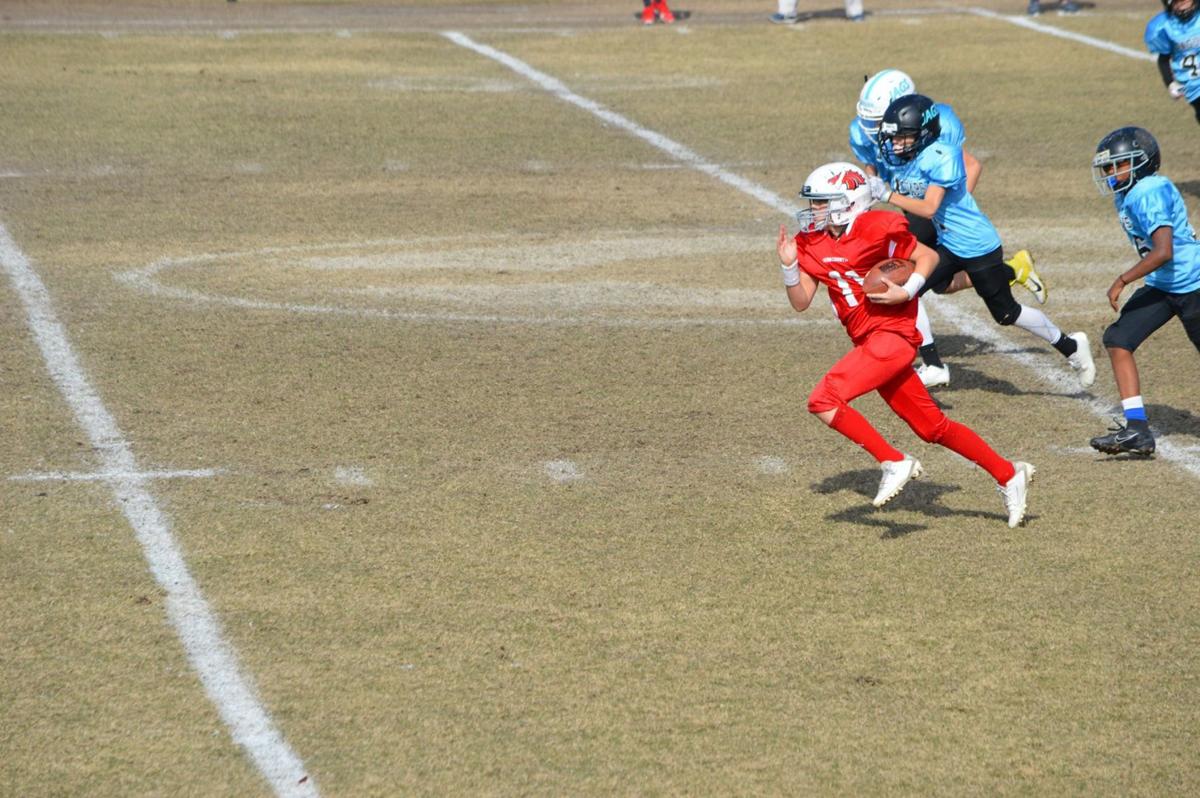 Grant Moore runs the ball down field during the region title game for Glynn County’s 12U football team.

Grant Moore runs the ball down field during the region title game for Glynn County’s 12U football team.

Glynn County’s 12U All-Star football team is looking to claim state bragging rights as the Broncos are undefeated heading into the state title game on Saturday.

This team is currently 6-0 since the All-Star squad banded together and won the Southern Region Championship last weekend, beating Effingham County 16-0 in the first game and Sumter County 22-13 for the title.

After coming up short the last two years, the Red Death is trying to make coach Bart Altman, King of the North, and well the entire state.

Glynn will have to take on North Georgia champions, Carrolton, on Saturday at 1 p.m., and Altman and his team are hungry to get that win. Altman said that Carrolton is big, fast and big.

While the last two squads came up short coaches say that this group is different, and it’s about the bond they have. This squad is dedicated and disciplined, Altman said.

“They’re playing together. This team has jelled like crazy, and they love each other. They’re buddies,” Altman said. “We’ve practiced every night this week, and they’re committed.”

Altman, his defensive coordinator Scott Morrison and defensive backs coach Sean Walker all said that what makes this team special is the discipline they have.

Morrison said this season is special because this group is making it special after seeing this team fall short the past two years.

“They’re not the biggest or fastest team and that Camden County team we played was loaded, fast and very athletic, and we beat them,” Altman said. “That Sumter County team was way bigger than us had more running backs and athletes than we did, and we jumped on them. Our kids are playing hard, and our offensive line is doing well. Our defense is really coming together, and they’re flying to the ball. It’s taken some time to find where we need to put everybody and where they fit in, and I think we’ve done that.”

Walker echoed what Altman said and added that it’s their heart that helps with the success as well.

“Like coach said, they’re not as big as a lot of the teams, but they’re disciplined, and their heart is as big as some of the teams we play,” Walker said. “So they can play with anybody. It’s their determination and will to win. The guys have just bought into what we’re doing, and it just makes it a lot easier.”

Eleven and 12-year-olds aren’t always the easiest to keep focused, but all three coaches said that having this kind of disciplined helped them out some this year.

“It’s really big. We beat a lot of these teams, not because we have better athletes than them or that we’re bigger, faster, stronger than them, sometimes we just outsmart them a little bit,” Altman said. “Our kids stay disciplined. This team is together and tight. They really are. We’ve got some good players that are clearly our leaders, but there is no me-me on this team.”

Altman and Morrison have been coaching together for 20 years, and Walker joined the staff three years ago. This squad is a well-oiled machine. The kids will run plays until they understand them, and they work hard on every football element.

However, it’s not about wins or losses. It’s about molding the boys into respectable members of this community. These three coaches love these boys, and it showed all over their faces how much it means to them that they can do this. Altman and Walker don’t have biological sons, so this is a way for them to help out the youth of this community and allow some of these players to have someone.

“We love these kids,” Altman said. “I’ve got two daughters and five hundred sons. We follow these kids all through high school and college. We’re proud of them.”

“It’s more than the X’s and O’s,” Walker said. “It’s a mentorship. It’s a lifetime mentorship because never know when that kid might need you. So it’s a lifetime commitment, and we love it.”

Carrolton and Glynn will go head to head on Saturday for the state title and possibly a run at nationals. Kick off will be at Effingham High School on Saturday at 1 p.m. Altman encourages fans and family members to wear red as the team wants to ‘red out’ Carrolton.