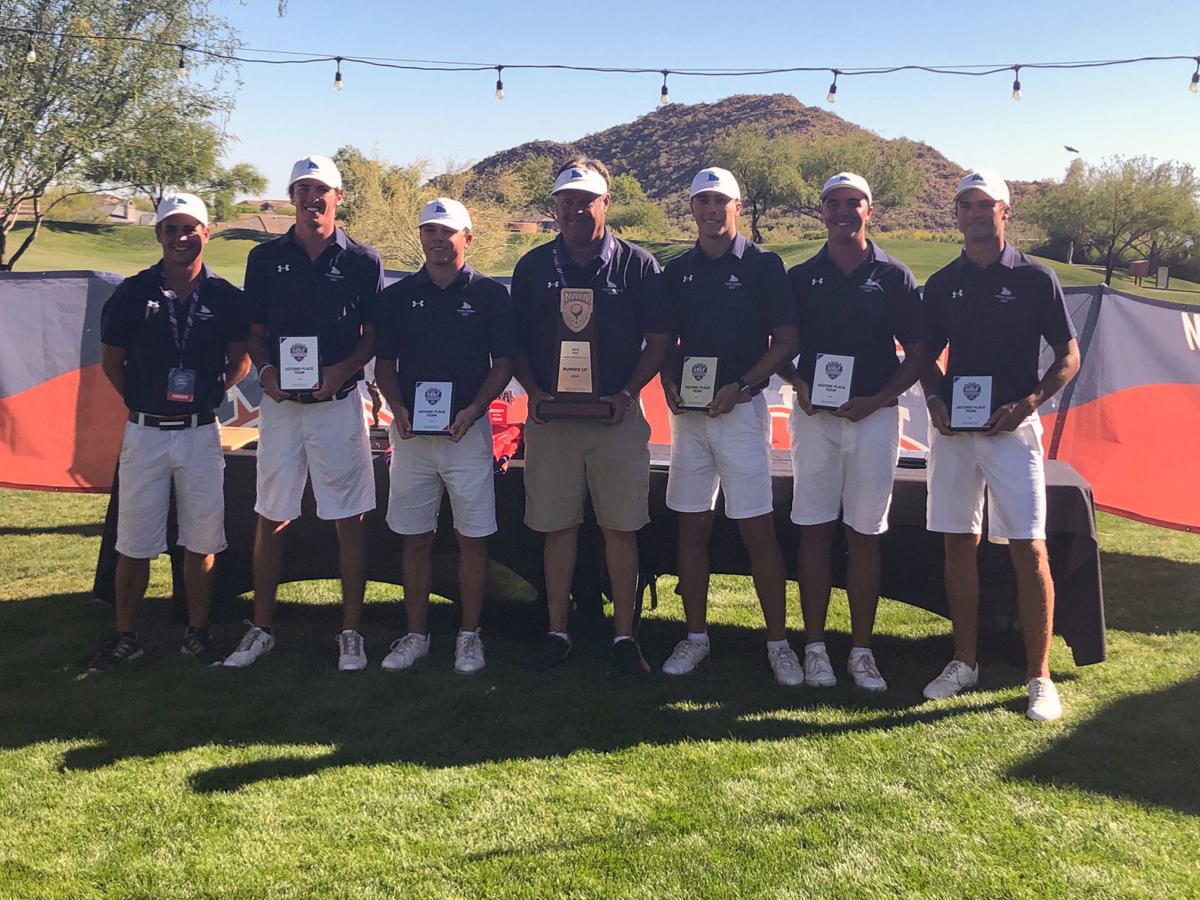 Coastal Georgia poses with their second place trophies after the NAIA Men’s Golf National Championship in Mesa, Ariz., on Friday. 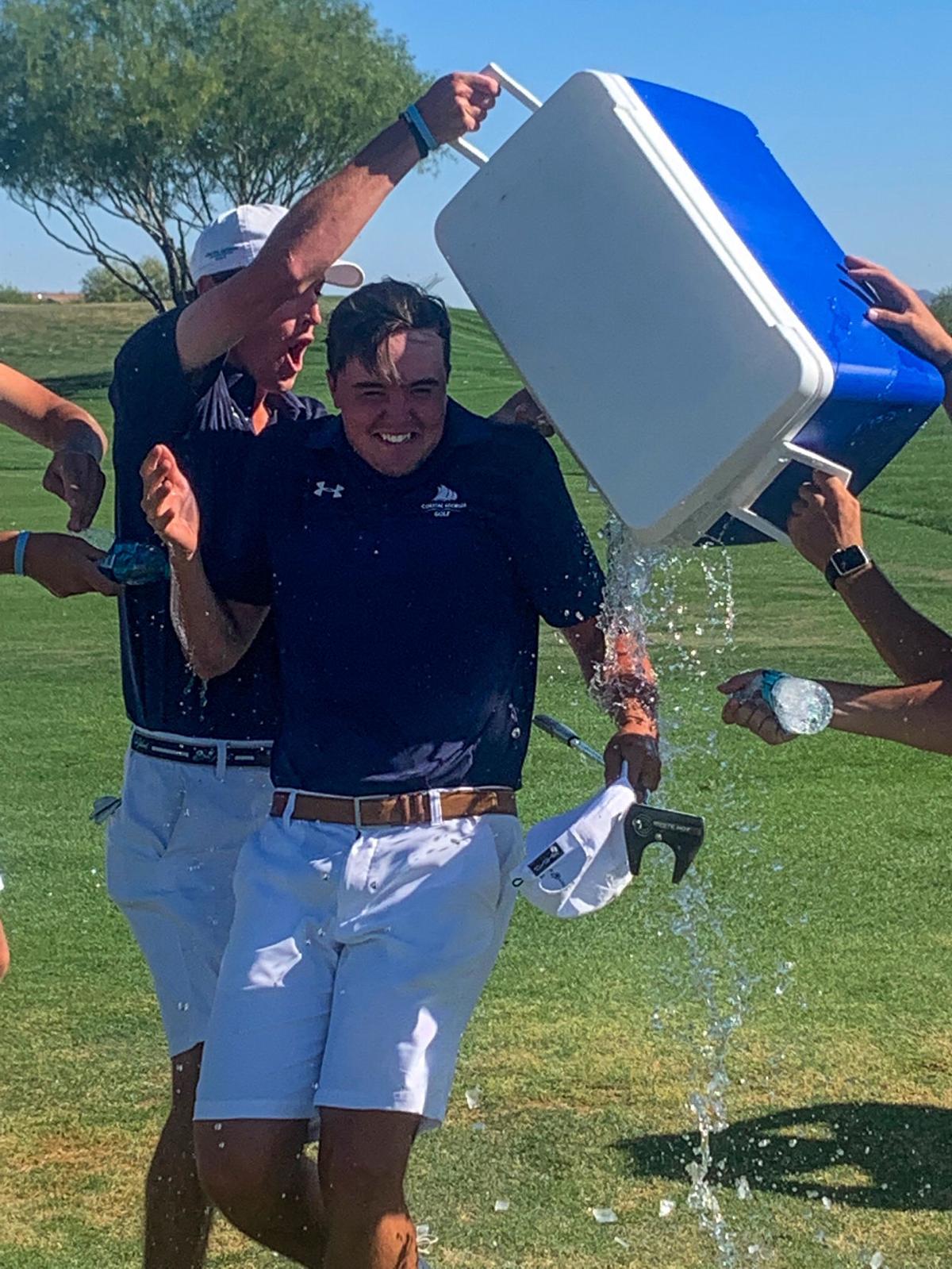 Coastal Georgia poses with their second place trophies after the NAIA Men’s Golf National Championship in Mesa, Ariz., on Friday.

Johnson shot par-71 for round four and finished 2-over 286 for the overall tournament.

After the final 18 holes, Johnson, along with Alec Dutkowski from Taylor University and Logan Carver from British Columbia were tied at the top of the pack.

Johnson had a two-shot lead going into the 18th, having birdied it the previous three rounds. However, this time he bogeyed it which forced a three-way playoff. Luckily, he redeemed himself by hitting a birdie on the first playoff hole.

He started the round off hot, hitting three birdies on the first nine. Then Johnson made par on five of the final nine holes while bogeying the other three. He started the round in fourth place and found a way to make up the deficit and take the win. Ben Hadden, who held the lead after Thursday’s round carded hit a 5-over on Friday and fell to fourth place.

Coastal as a whole charged the leaderboard Friday and went from being 17 strokes behind to only nine. The Mariners shot the lowest group score of the round with a 4-over 288. Coastal finished at 39-over beating third-place Oklahoma City by seven strokes.

Texas Wesleyan was able to hold onto the lead but shot its worst round of the tournament with a 12-over 296 for Friday for a 30-over 1,166 overall. South Carolina Beaufort started the day off in second place, but after a 21-over score, fell to fifth.

Johnson led the way for the Mariners, but the entire team improved their scores on the right day. Eli Scott finished the round at even par. He ended the tournament 10-over and tied for 16th place in individual play. Scott was also named to the All-Freshmen golf team as well and just missed the All-Tournament team by one stroke.

Chip Thompson and Shaun Margeson each finished the final round at 2-over to close the tournament with 23-over par. They both tied for 54th in the individual portion.

Jackson Lawlor finished Friday with a 6-over score and 13-over for the tournament. He tied for 31st place in individual play.

“We made a charge,” head coach Mike Cook said about the final round of the tournament. “The guys fought hard today. Four over par round, and it was the lowest of the day.”

Coastal took home the runner up trophy for the 2019 NAIA Men’s Golf National Championship finishing the season on a high note. The Mariners only lose two seniors, Johnson and Emon Owen, next year on so a national title could be in Coastal’s sight.