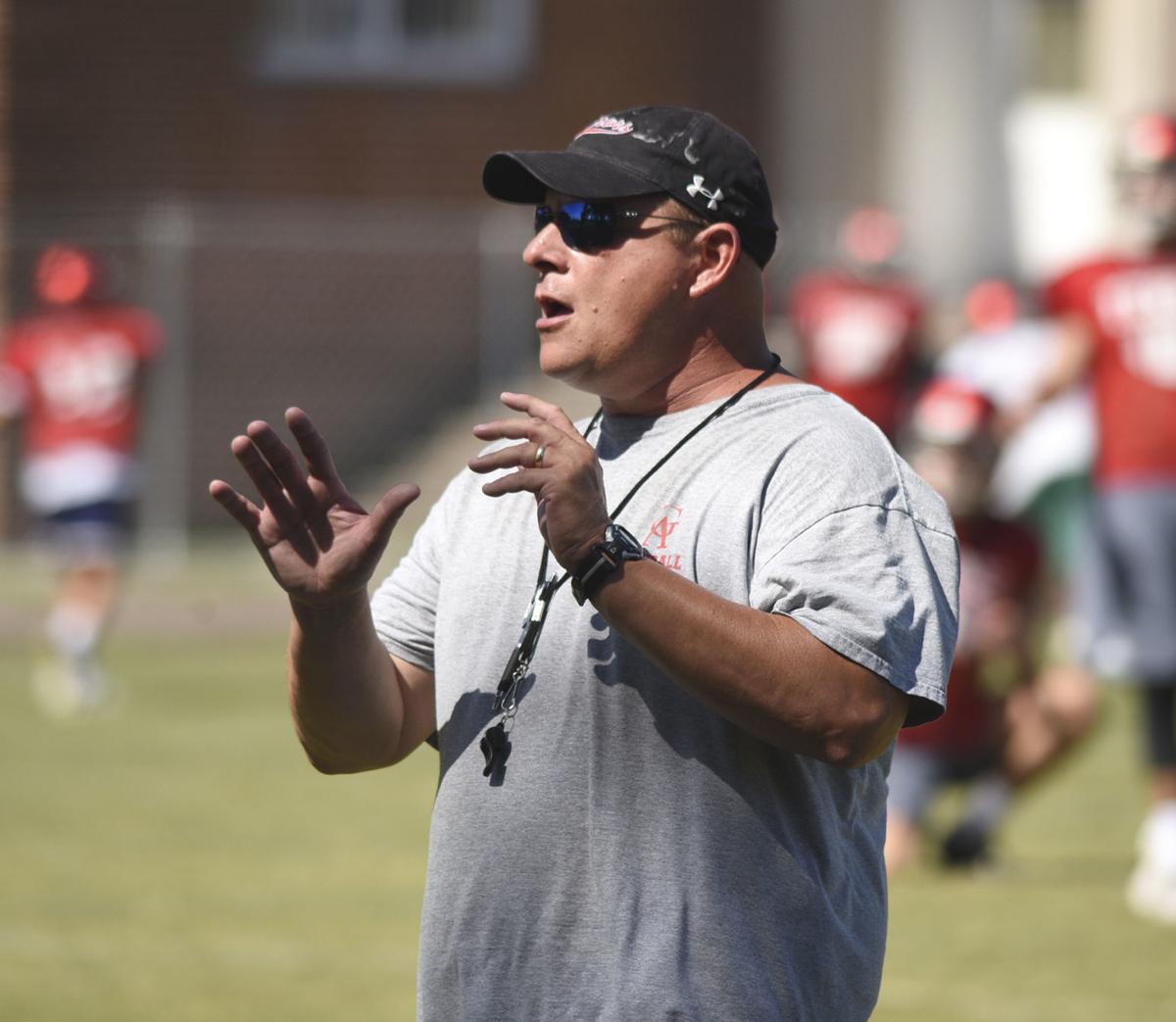 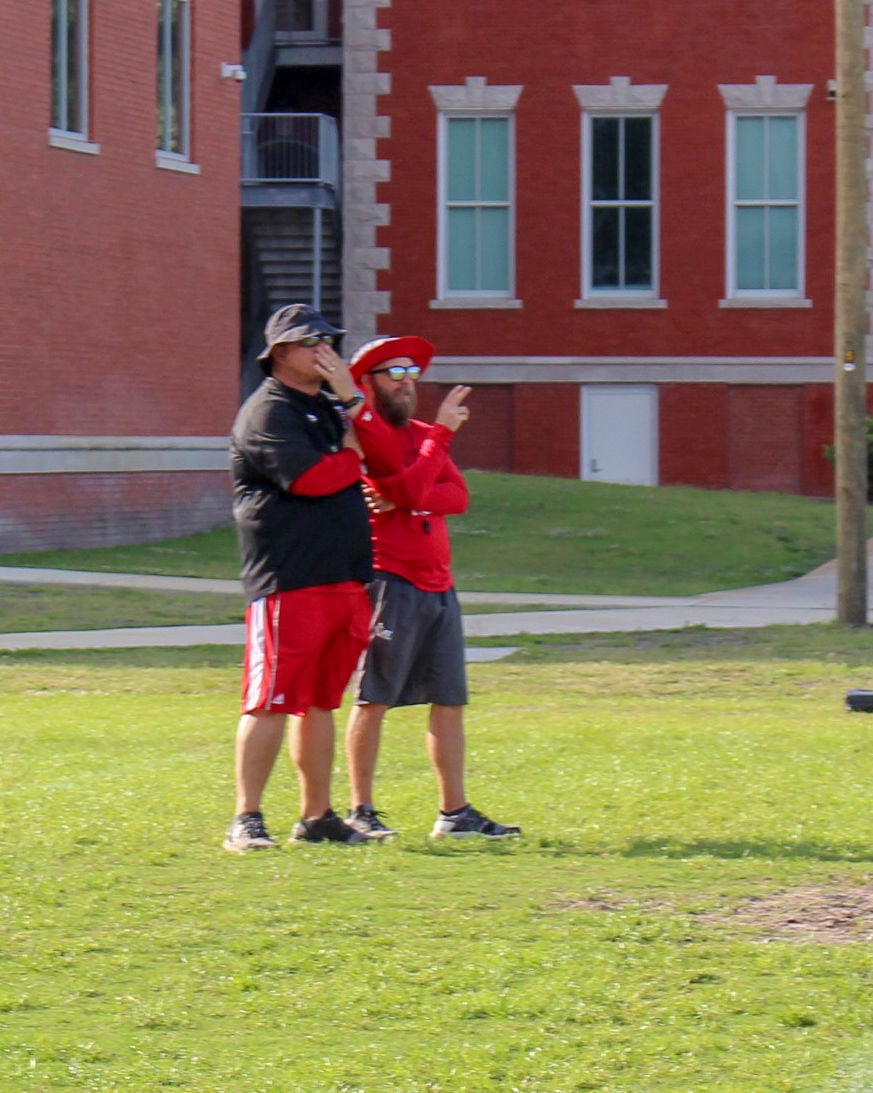 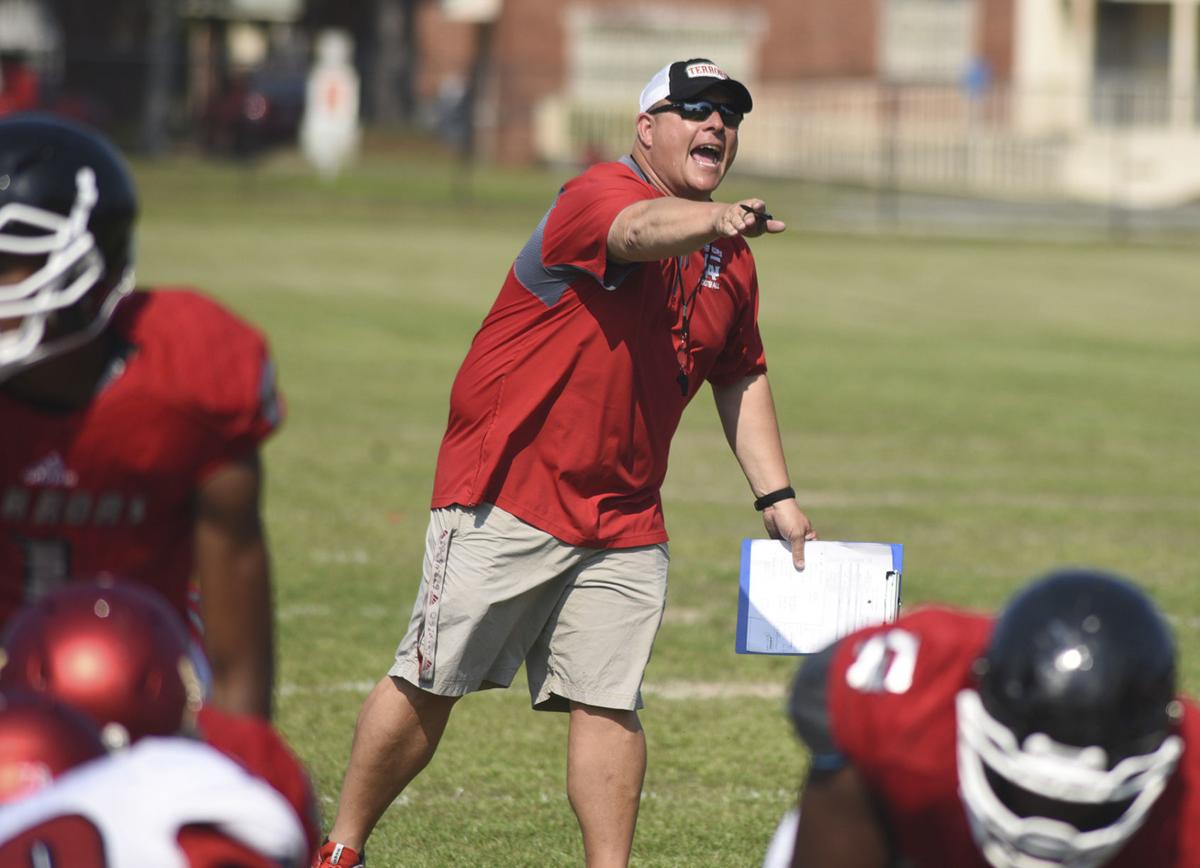 Glynn Academy football coach Rocky Hidalgo has a philosophy of his own, and that goes for everything in life — not just football. If you’re on Twitter, then you know he has some of the best content, and he always keeps it real.

As a way to shed some light and start the week off right, I thought it was a great time to bring his wittiness and philosophy to the sports section.

Each week, Hidalgo and I will discuss two topics — one football-related and one subject of his choice.

Our first two topics are social distancing and the infamous worm trick play that went viral in 2017.

Like so many others, Hidalgo is now at home with his three children — Lily, Deuce and Cooper.

This time of the year usually brings us the buzz of spring workouts. Instead, Hidalgo temporarily traded in his coaching hat for a new one — well multiple ones.

“I’m wrestling my 8-year-old every day,” Hidalgo said. “Right now, I’m an elementary school teacher, a mixed-martial arts expert and a construction engineer. I’m going to have to rebuild my house because he’s been trapped inside for the past three weeks.”

It only took Rock a week to figure out that a schedule is key. He said the first week was too much like a vacation. So, he went back to his regular schedule — getting up at 6 a.m. and getting his day started that he was going to school himself.

Rock has the kids up at 8 a.m. for breakfast, and then there is school from 9 to 11 a.m. He helps Cooper out with whatever he needs and gets his professional work done. After that, they have P.E. and go work out every day at 11 a.m.

His two oldest kids, Lily and Deuce, have been fine with the shift to online, and Rock said a big part of that was because of the teachers.

“I think the teachers of Glynn County, at least my kids' teachers, have done a nice job staying in touch with kids — getting on the phone, making the best of a bad situation,” Hidalgo said. “America got dealt a bad hand, and I feel really bad for seniors, especially senior athletes who are missing their entire senior year — their spring seasons.

“I feel awful for those kids. Sometimes bad things happen to good people, and right now, it’s happening to the American people, and I think teachers are working their tails off to try and make the best of the situation.”

Social distancing, at least for Rock, is a way for him to learn new things he wouldn’t usually have time to do. He has participated in some online football clinic and is in the process of co-writing a book — yes, a defensive football book — but that will be for another discussion.

Hidalgo also picked up some baking skills since he can no longer take them to The Village Oven on Wednesdays for the chocolate croissants.

“We’re not able to do it because we’re shut-ins now,” Hidalgo said. “So, I decided to get in and make homemade croissants — which actually turned out really well. My kids really enjoyed them.”

It’s hard to picture Rock with an apron on, but at the same time, it makes me want to try his croissants.

He said that while it may be a struggle for some to stay home all the time, he refuses to grow stale in life and suggests others try out his way too.

“I don’t believe in being static in life, and I think that’s one thing you have to guard against with this stuff,” Hildago said. “Even confined in your home, there are so many things on YouTube you can learn how to do. My suggestion is to find something you’re interested in, research it and practice it while you got some time on your hands.”

Rock has his way of social distancing down to a science and is showing others to look at things right now as a glass half full.

Outside of discussing various non-sports topics, each week I will have Rock reminisce about a specific moment or discuss some football-related subjects.

Our first topic is the worm trick play Glynn Academy ran in the opening game of the 2017-2018 season against Benedictine.

That play wasn’t just famous here in the Golden Isles. It made it on ESPN’s SportsCenter, The Golf Channel aired it, and it even got LeBron James’ attention.

Rock said that they came up with the play in the spur of a moment. The team at the time wanted to have some fun and do something a little outside the box.

He said that Douglas Mobley was originally the guy who was supposed to do the worm but got hurt. Instead, Josh Anderson got the nod.

“I didn’t know if he could do the worm or not,” Hidalgo said. “I remember looking at him. He had these big eyes looking at me, and I was on the sidelines giving him a thumbs up like 'Man you can do it.' He did a good job. I think he got a Twitter message from LeBron James after, and he picked up a ton of Twitter followers and stuff.”

Unfortunately, with all the love it got from various media outlets, there were still people out there who didn’t like it. Rock said that there was a pass that went with it, but they never got to run the full play in a game, nor will they.

“We had a play-action pass off of that where we were going to do the worm and then throw the ball to Andrew Delaney off the seam,” Hidalgo said. “The GHSA told us we couldn’t run the play anymore, or they would eject me, which it’s a no fun-zone for those guys. So we never got a chance to run the pass off it.”

The GHSA had their reasons for not allowing it, but Rock said that the whole purpose of it was to let the kids have some fun, and he said they did that night even if they lost.

There are times that kids need to enjoy the sport they love and not let it get too serious too quickly. High school football is some of these kids' best times in life, and sometimes having a little fun is part of it.

Rock is notorious for his trick plays, and he’s always cooking up new ones. Like with Chase Gabriel, this past season and the fake field goal that was better executed than LSU initially did, at least in my opinion, they did.

He said that the kids find them fun to do, and well, teenagers love quirky things like doing the worm on a football field. Rock said it only took a couple of tries in practice before the players had it down, then it was added to the playbook.

“We had the play and put it in the year before and never had the opportunity to run it,” Hidalgo said. “I told them if we get a chance we’re going to do it the first chance we got — it happened against the Benedictine team. I believe in following through on your word — I told them, kids, we were going to run it, so we did. It’s been good. I don’t have any regrets. We practiced it every week, and so I had to get the nerve up to call it in a game.”

I chose this trick play because I remember seeing it on Twitter and SportsCenter, thinking how awesome it was that a coach allowed his team to do that in a game.

He likes trick plays and knows that there will always be someone to question it, but he doesn’t care. Life is short, and we’re all realizing that right now, so take that risk and learn something new during this time. Take the risk.

“No risk, no reward. You got to have fun and take some chances in life,” Hidalgo said. “If you don’t, you’re going to live a boring existence.”