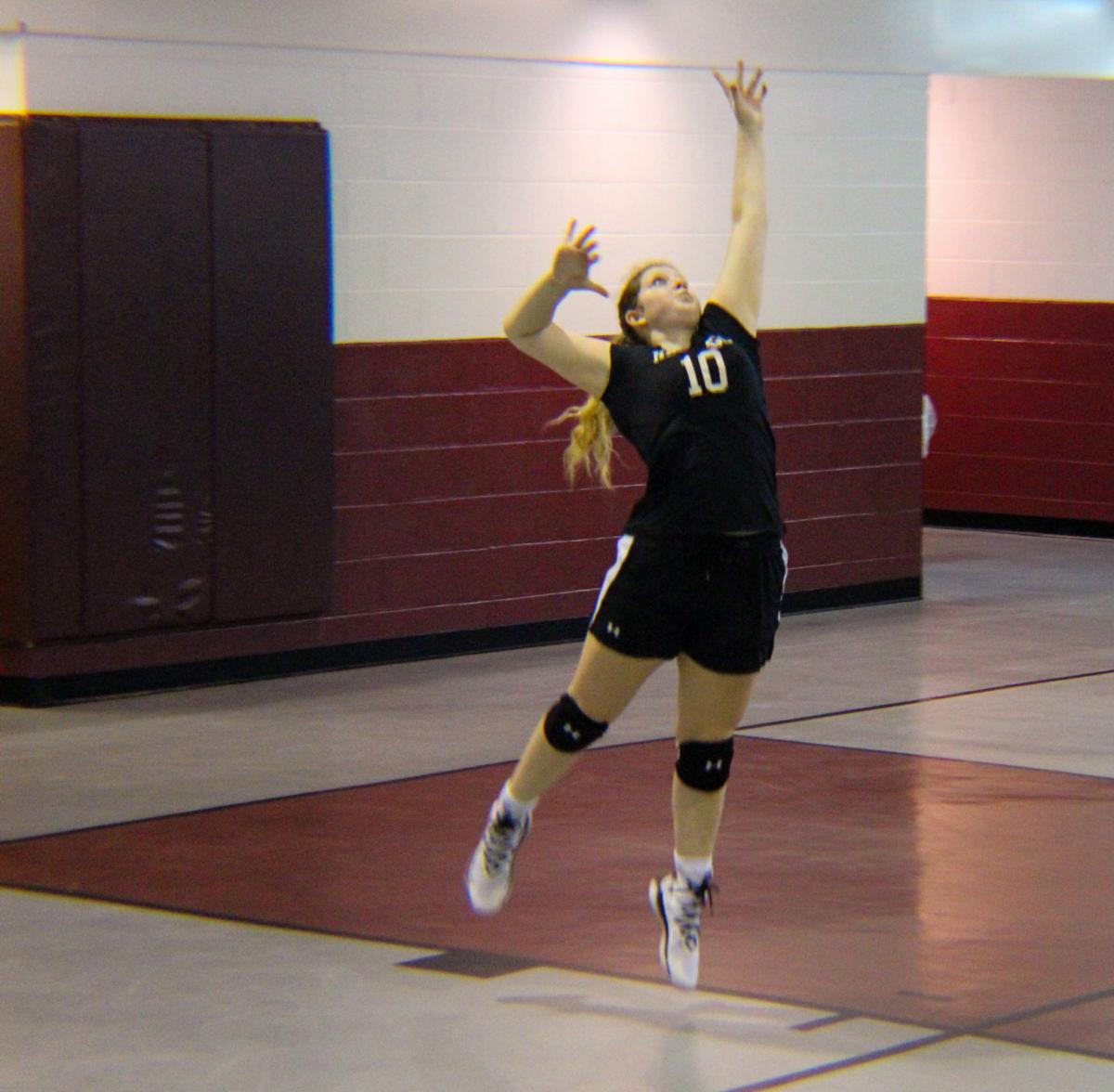 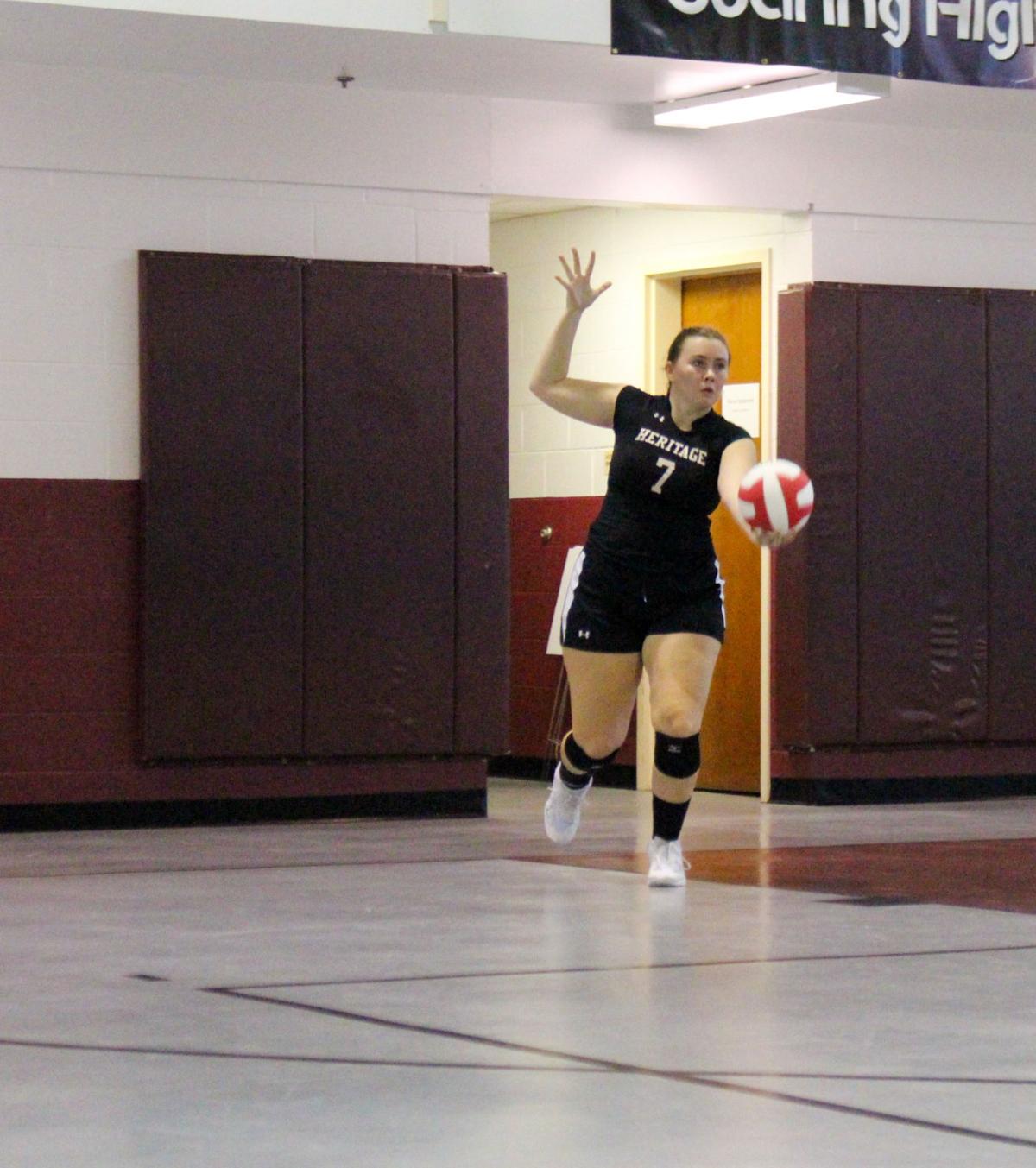 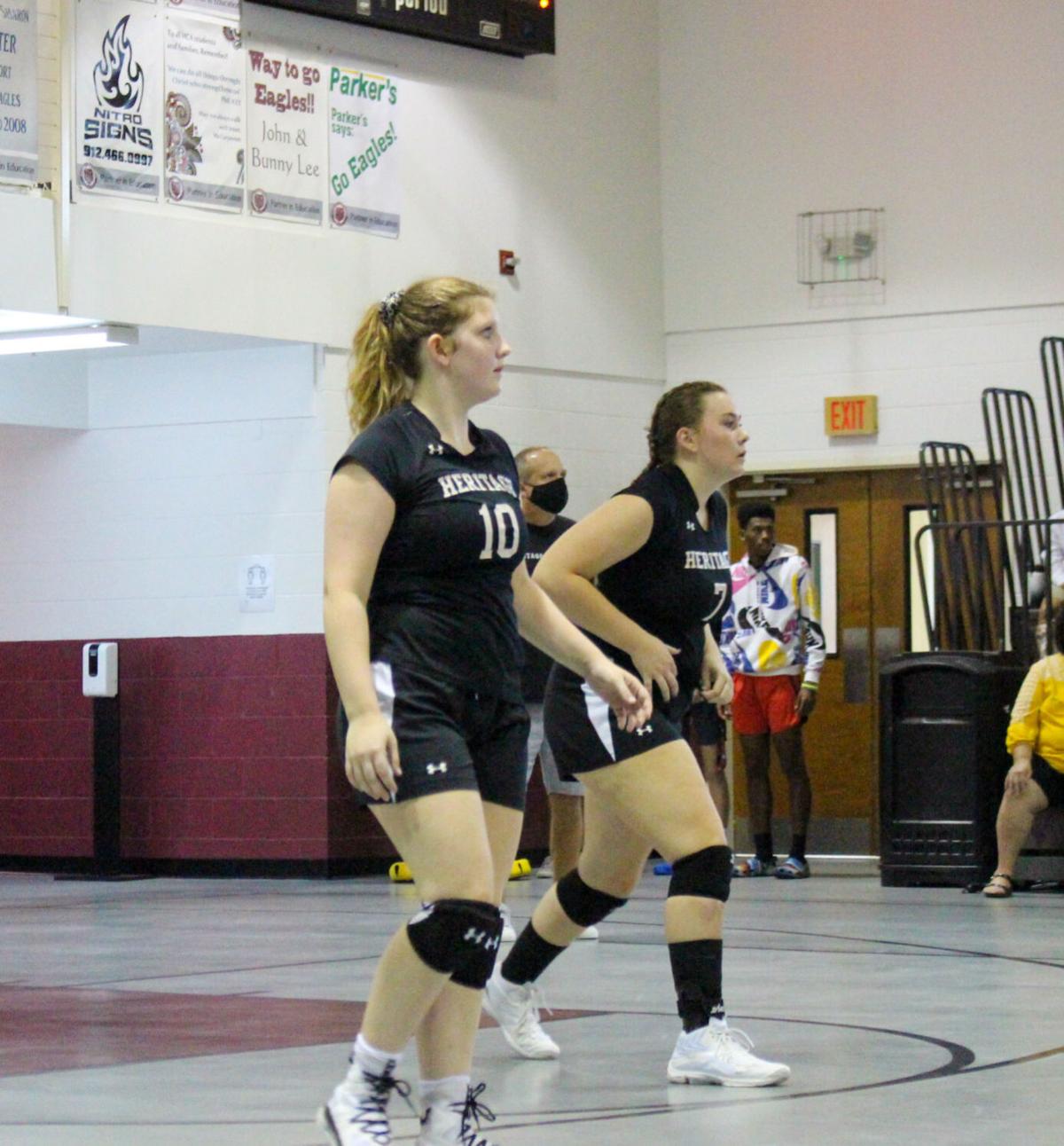 Kielyn Arbo, left, and Anna Lawless, right, get ready to accept a serve from Bethlehem Christian. 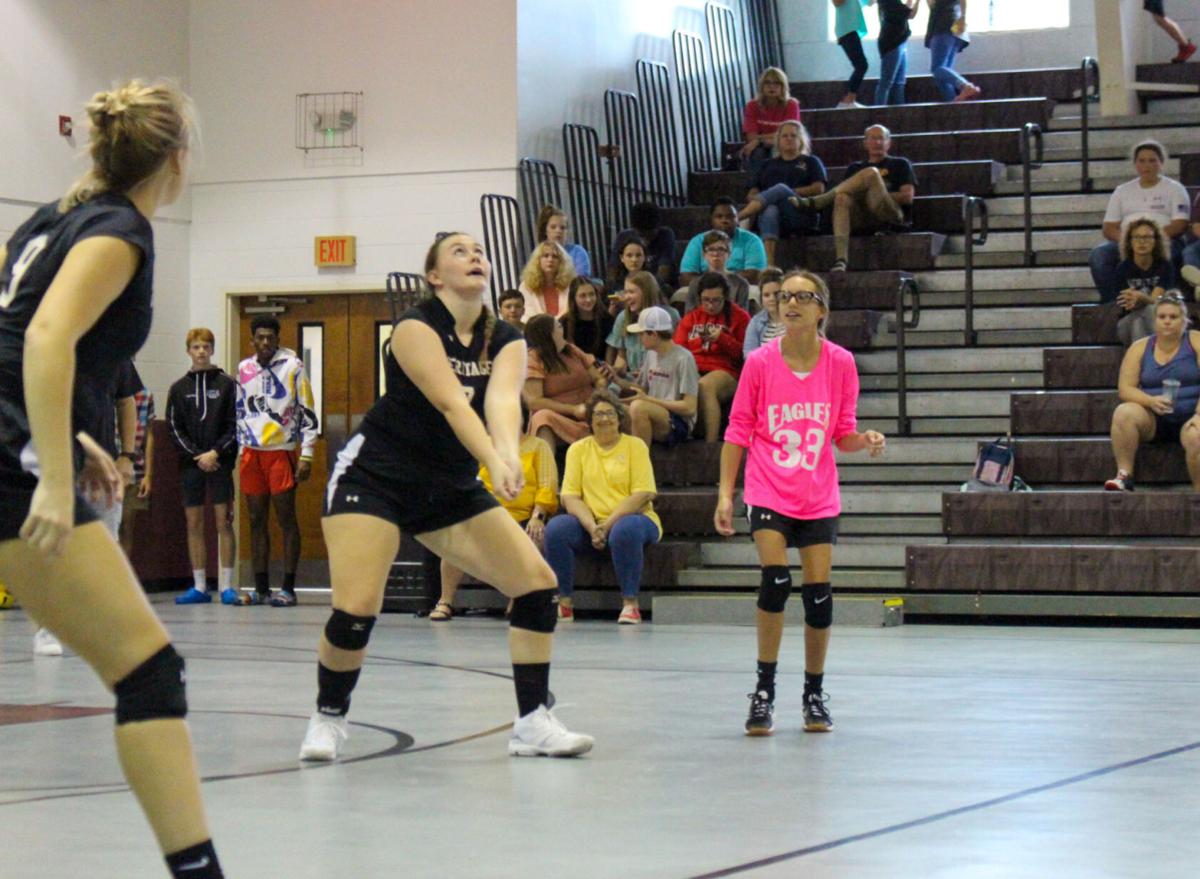 Anna Lawless, center, gets ready to bump the ball towards the Eagles setter. 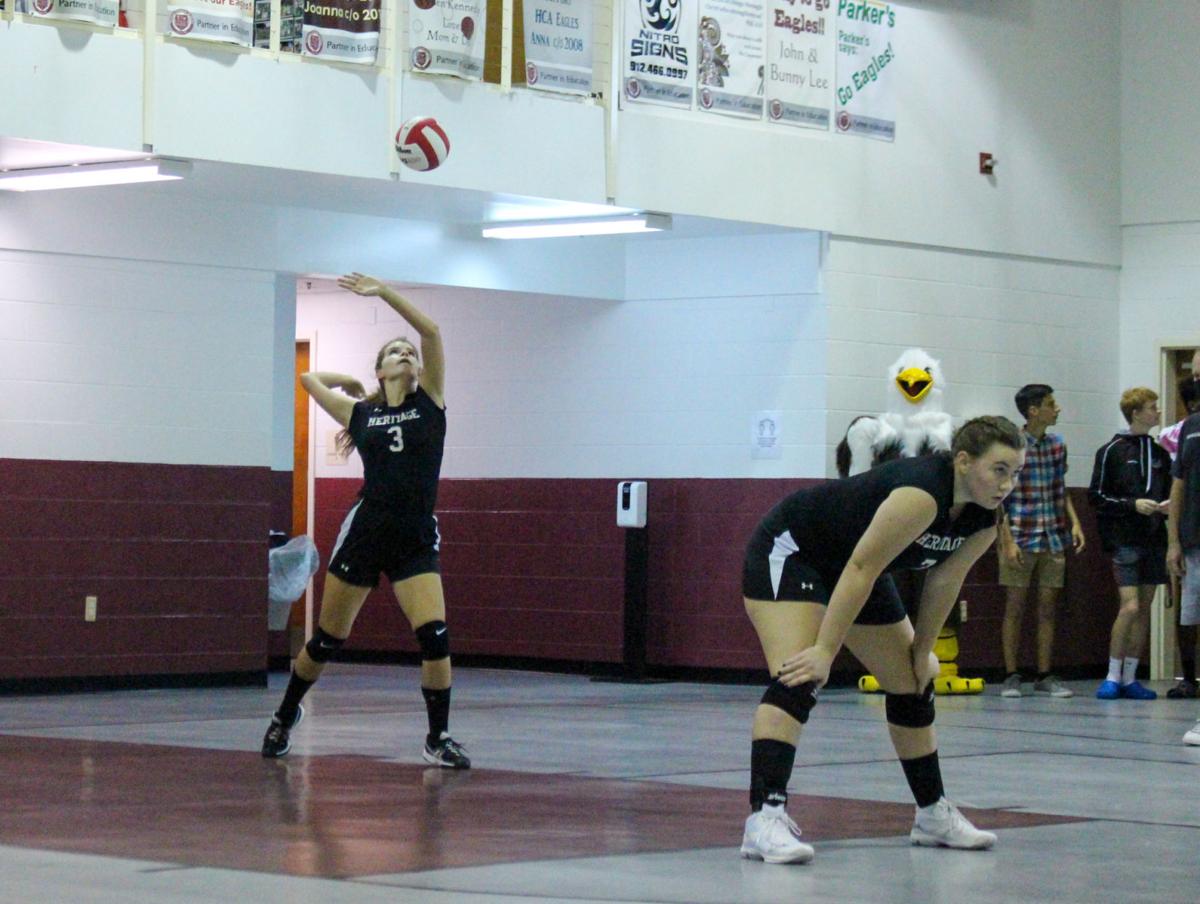 Kathryn Everett serves the ball during the match on Friday. 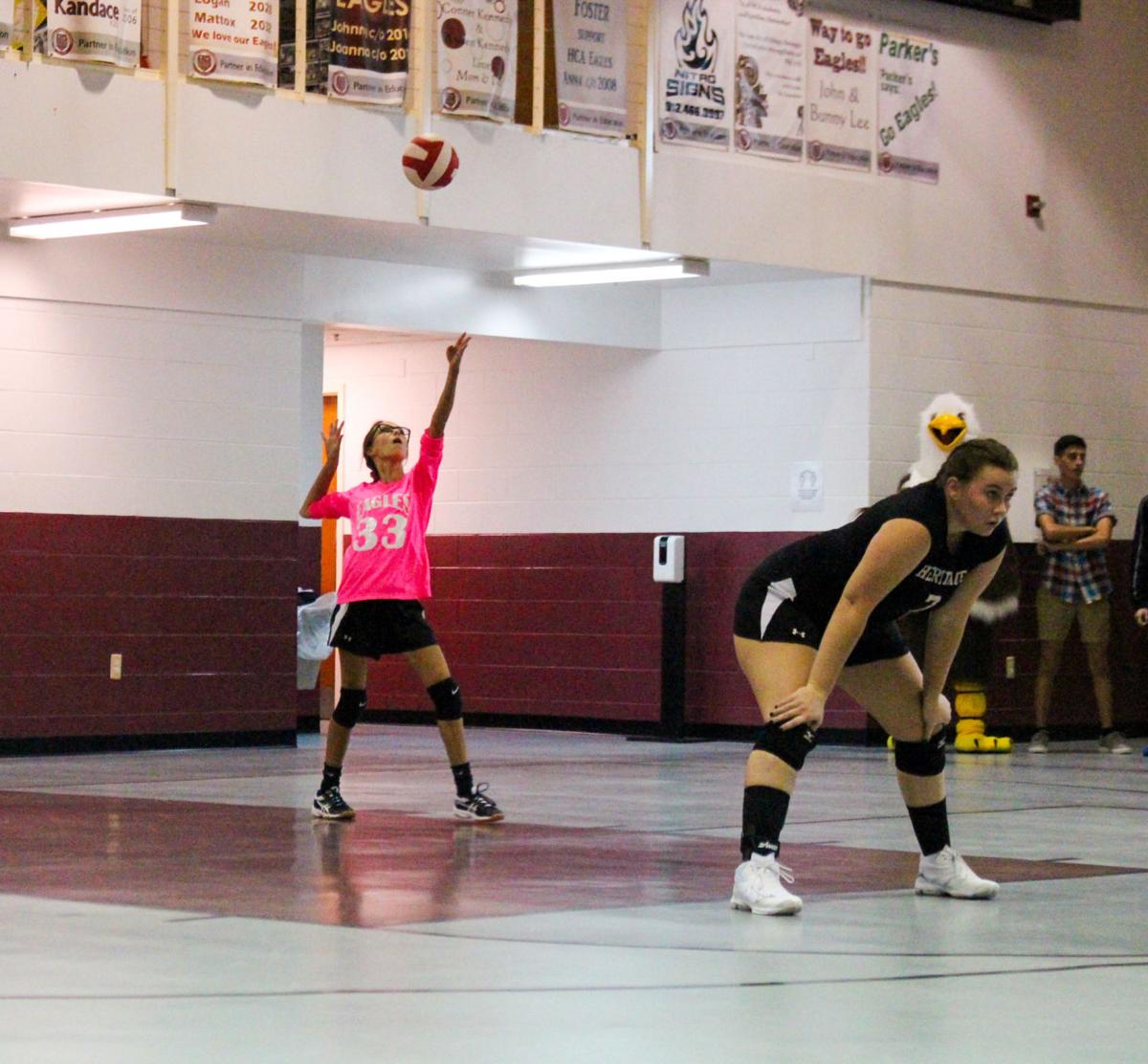 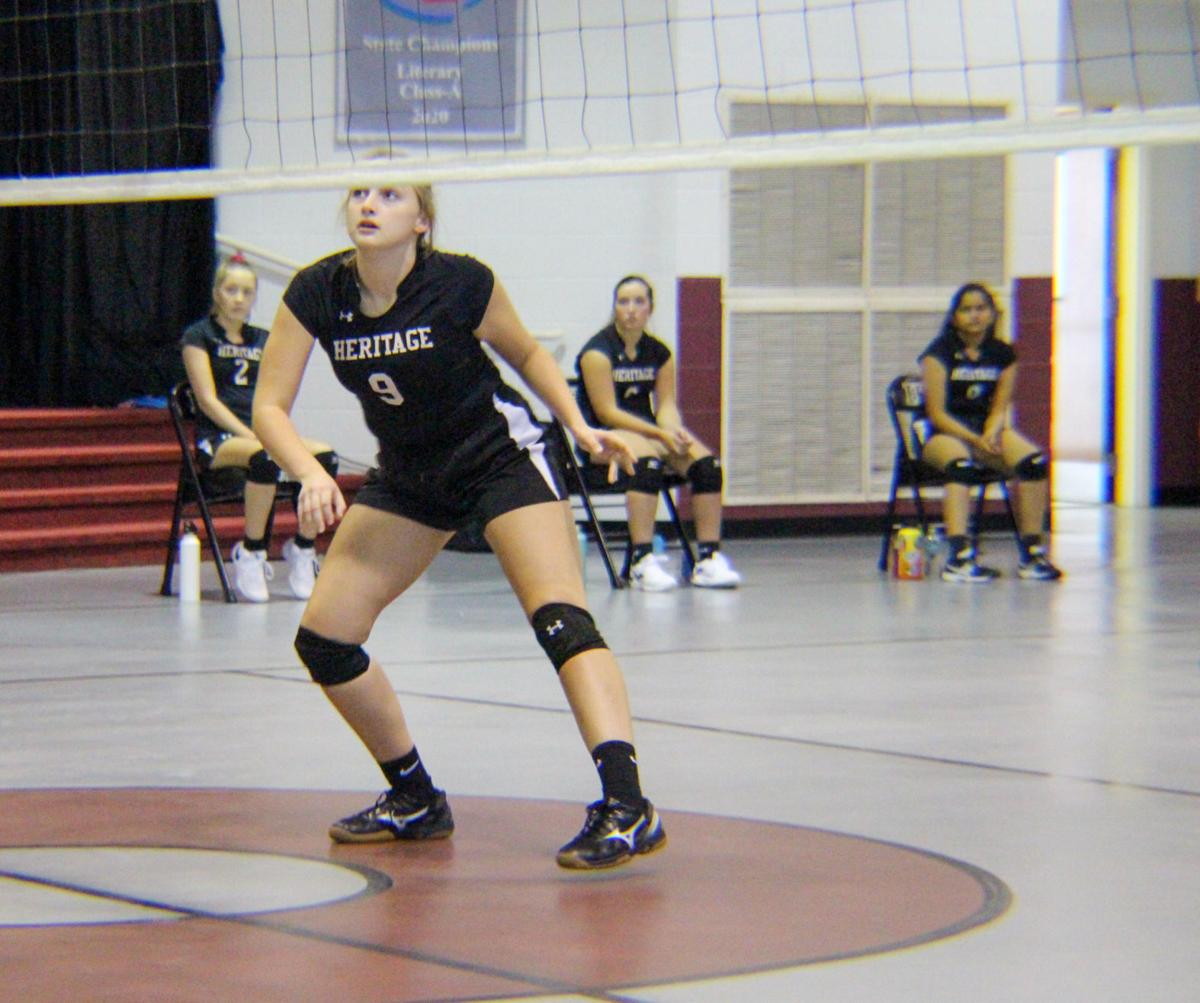 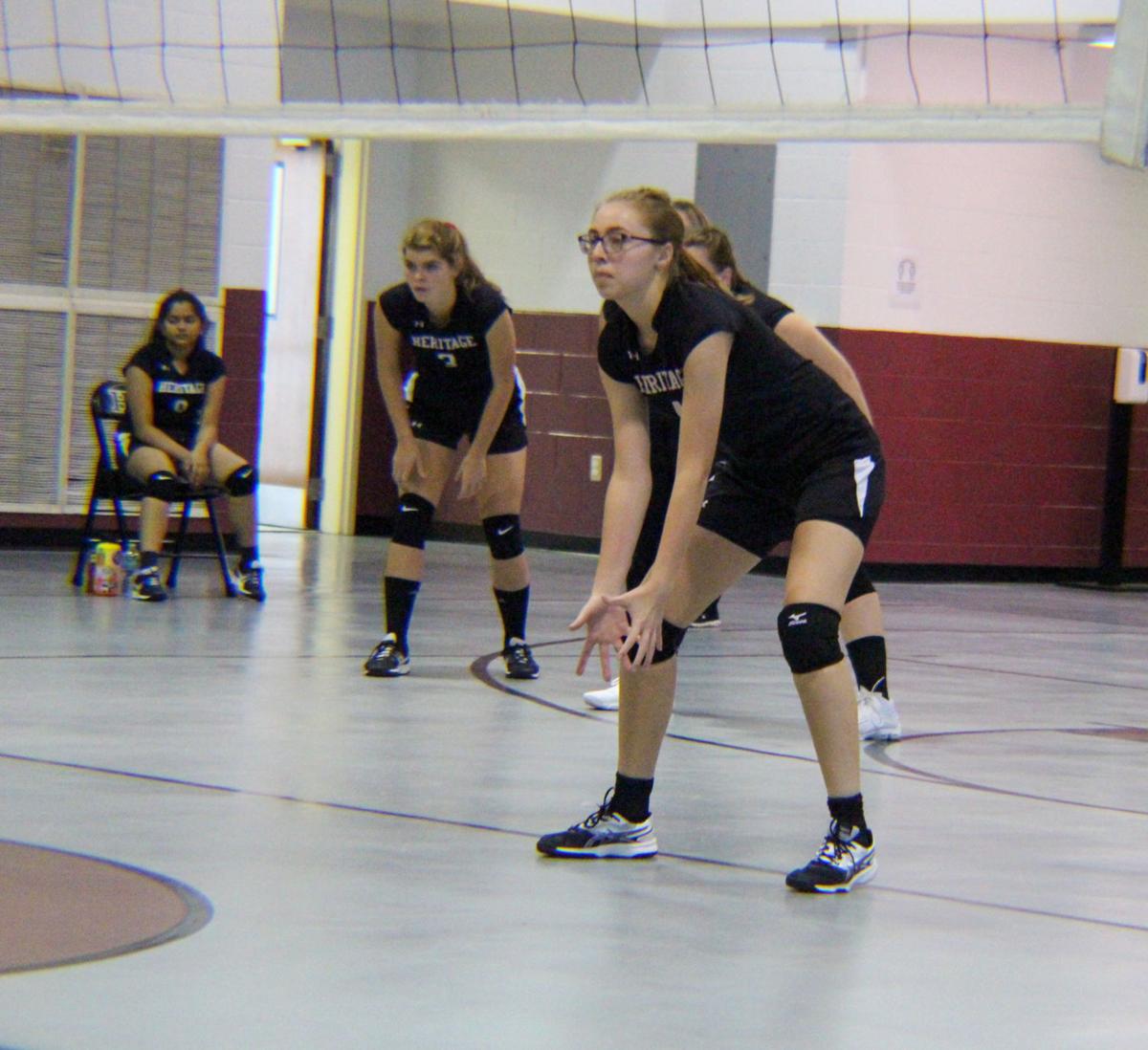 Ayden Kennedy gets ready to accept a serve from the Knights on Friday. 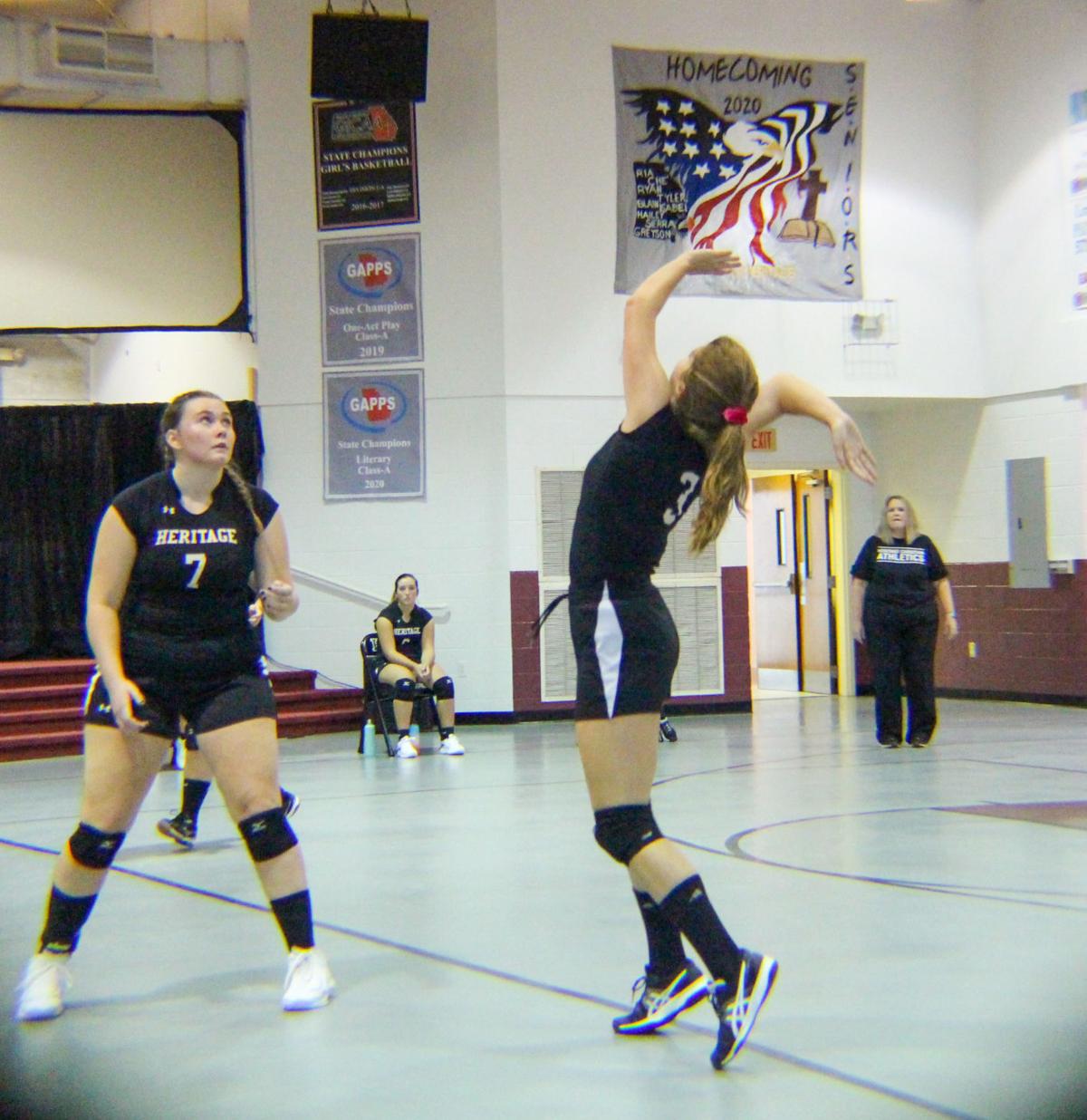 Kathryn Everett, right, gets ready to spike the ball. 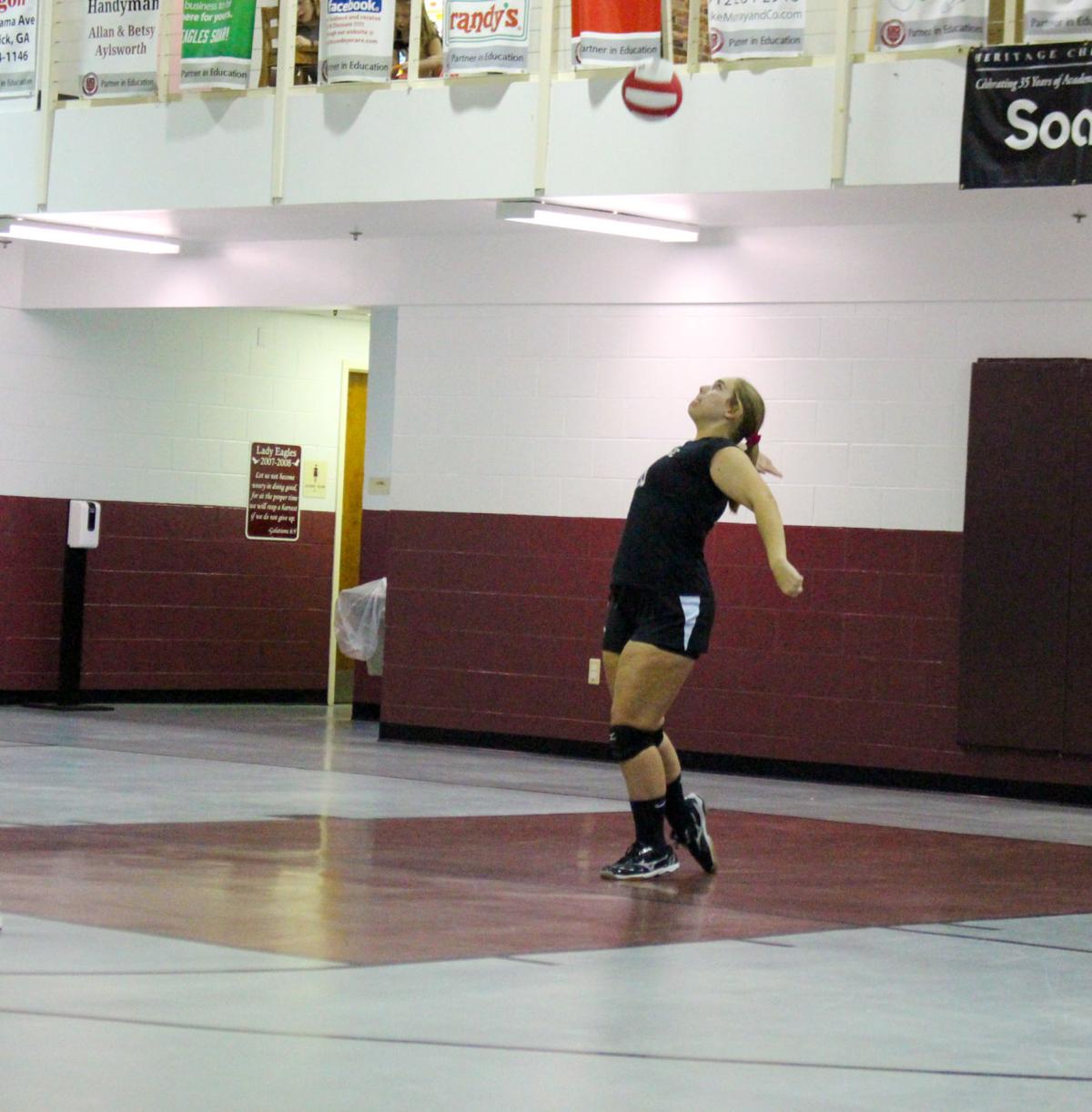 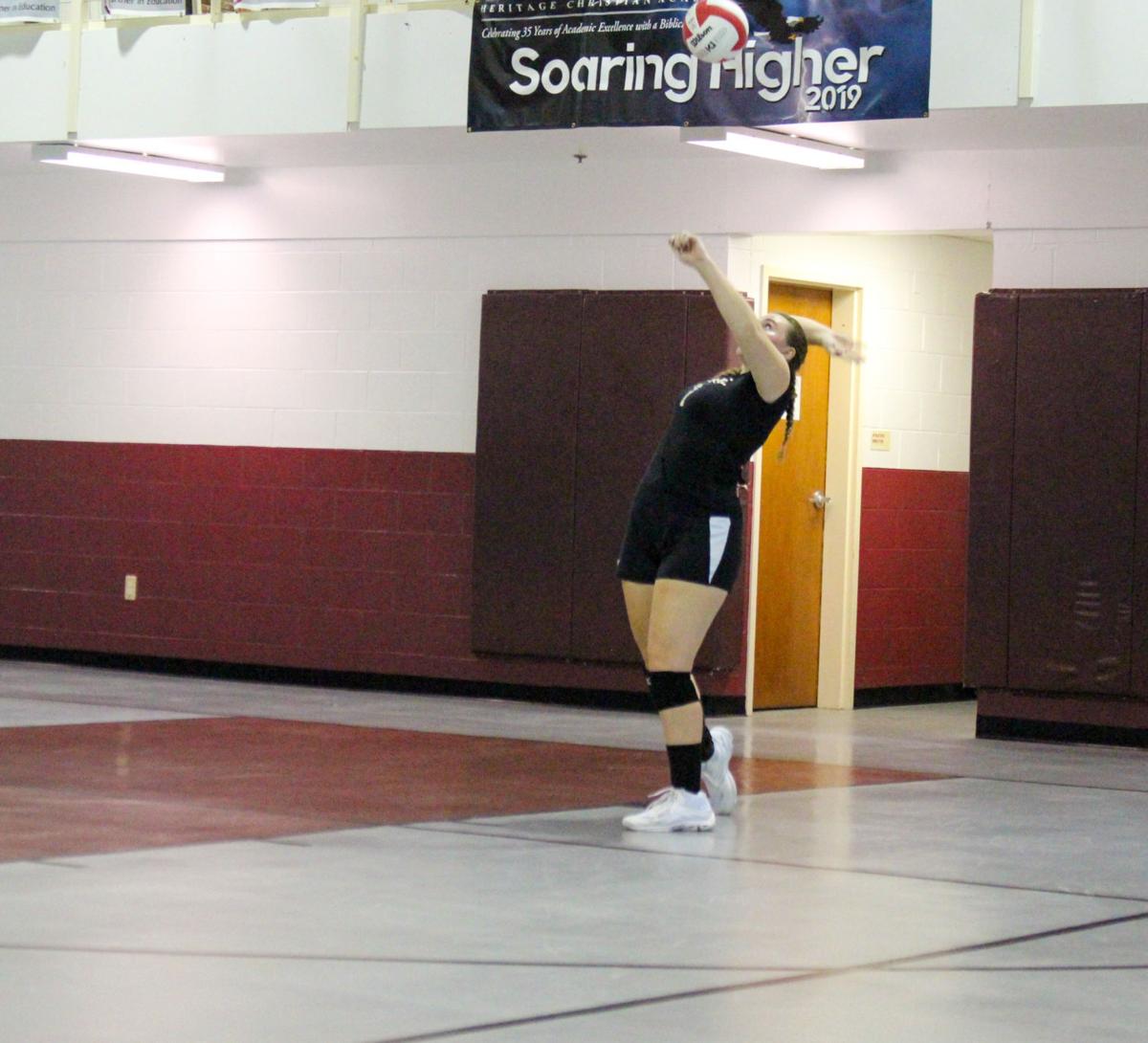 Anna Lawless serves the ball during the second set against the Knights on Friday. 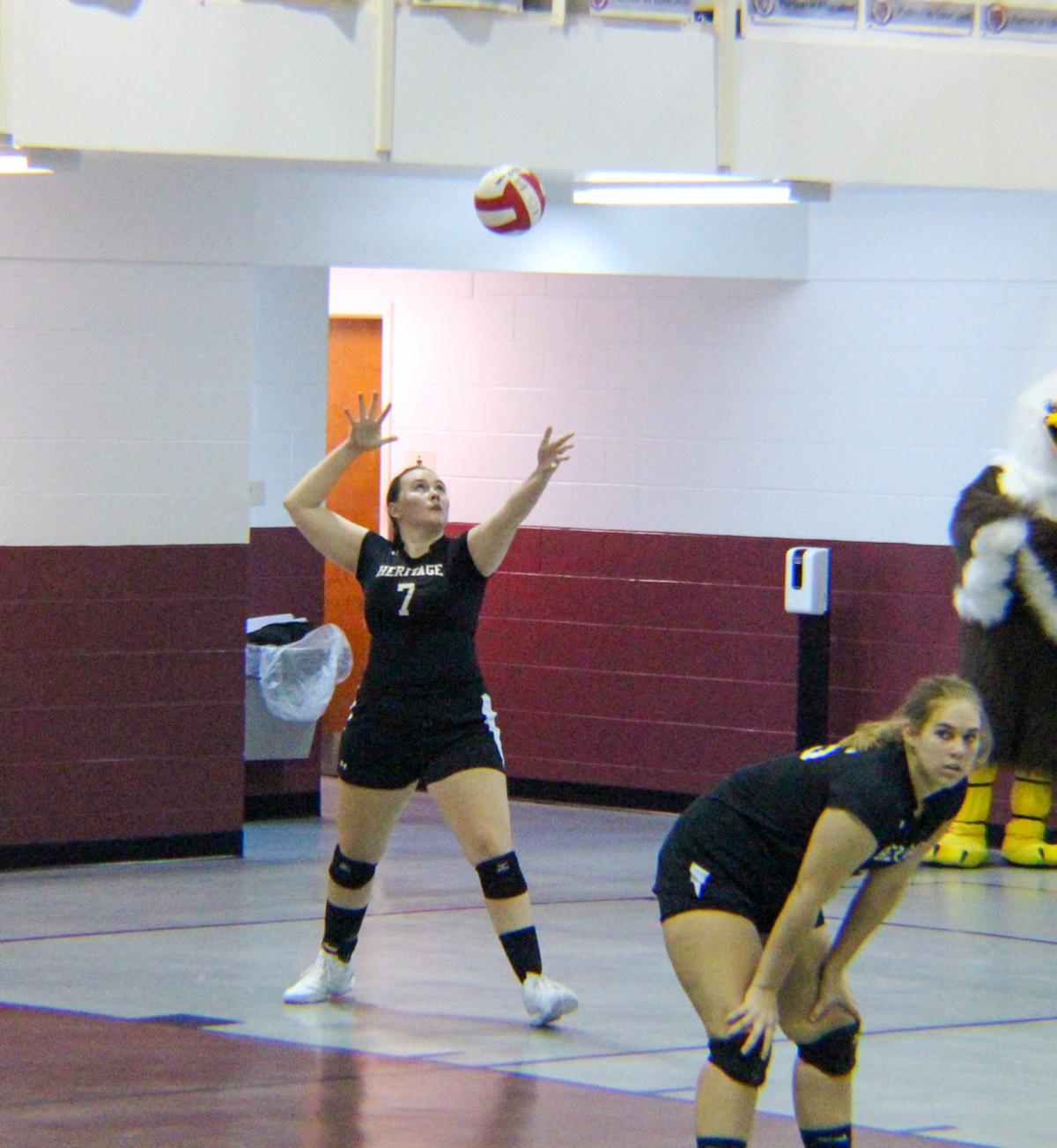 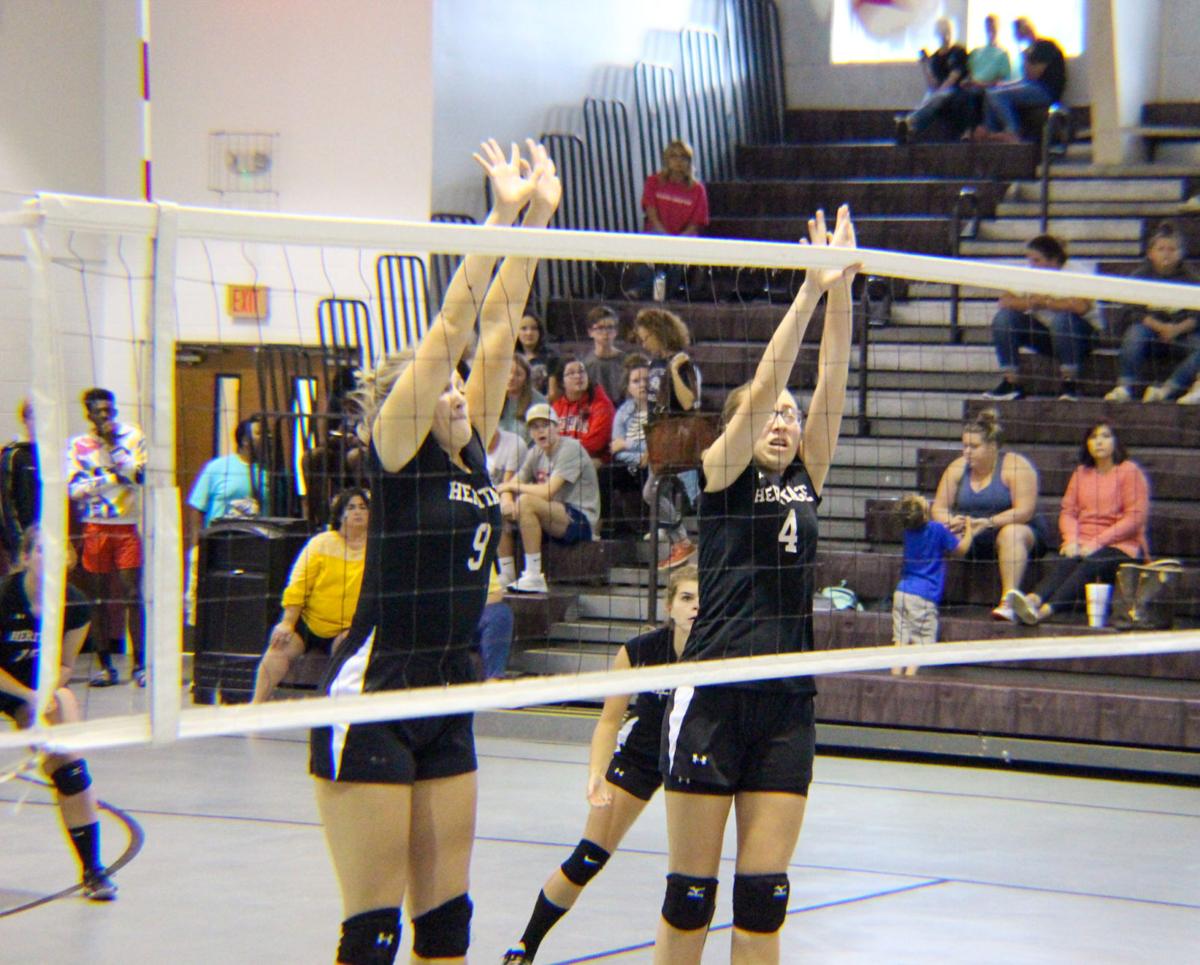 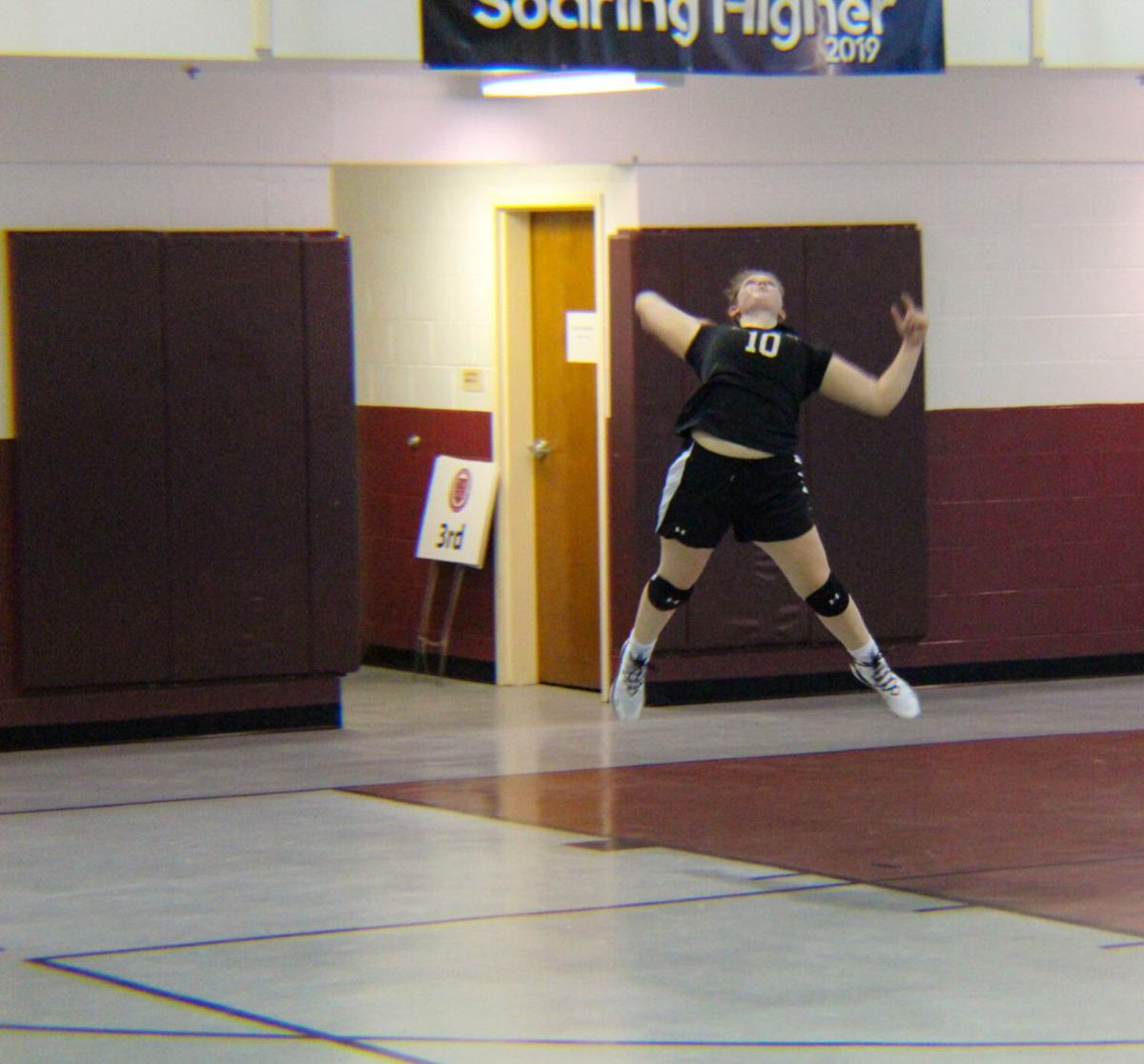 Kielyn Arbo serves to the Knights on Friday.

Kielyn Arbo, left, and Anna Lawless, right, get ready to accept a serve from Bethlehem Christian.

Anna Lawless, center, gets ready to bump the ball towards the Eagles setter.

Kathryn Everett serves the ball during the match on Friday.

Ayden Kennedy gets ready to accept a serve from the Knights on Friday.

Kathryn Everett, right, gets ready to spike the ball.

Anna Lawless serves the ball during the second set against the Knights on Friday.

Kielyn Arbo serves to the Knights on Friday.

Heritage Christian Academy’s volleyball team is off to a great start this season as the girls are 5-3, thanks in part to their chemistry as a team.

Coach Traci Arbo said their closeness is something every coach would love to see.

“The team is great together. They have great chemistry, get along well and support each other,” Arbo said. “Those things are great to see as a coach, especially when you’re putting together a team.”

Arbo said she thinks if this group can improve a couple of things, they will be looking good.

“I think we’re getting stronger mentally,” Arbo said. “We play system volleyball, so we’re a little more mentally aware of the system. We still have a lot of improvements to make, like, specifically in serve receive — just executing. When we’re out of system, sometimes that throws us, so we just got to make sure that our servers are in. But overall, I think we’re stronger.”

This team is relatively young as it’s made up of three seniors, a couple of juniors, and the rest are underclassmen.

The leaders of this team are two seniors Anna Lawless and Kathyrn Everett, and junior Kielyn Arbo.

Even if both Lawless and Everett are dual-enrolling this year, they still make time for the younger girls, and Arbo said that’s important for the team’s success.

“They are strong leaders on and off the court,” Arbo said. “They like to always encourage the girls in doing their best, they encourage each other, to try to help build just a good team unity and team chemistry. They just really care that everyone does well — that’s important.”

As for Kielyn, the junior, she is the only club volleyball player on the team. So she serves as someone who can help the other girls out when things can get confusing.

“She’s kind of the director, like, as far as if people get confused because she sets, hits, passes — she pretty much does it all,” Arbo said. “She knows the game well. She’s been around it her whole life. So she helps teach in that way — technically wise, she is really strong. So she helps with that and keeps them straight on the court.”

Those three girls have been forces for the Eagles this season. Kielyn had 12 kills in their latest game, 21 assists, six aces, 14 digs and one block.

Everett finished the game with seven kills, four digs and one block. Another teammate that helped the girls out on Friday was sophomore libero Maci Chasteen who had 17 digs.

Despite falling to the Bethlehem Christian Academy Knights on Friday, Arbo said she felt like they were stronger. There were just a few too many errors that cost them.

“I feel like this last game, and we saw a stronger team, especially our first two sets, I mean, they pulled through mentally, they stayed in it,” Arbo said. “ They’re fighting point to point — that’s a good thing.”

Unity is a big part in having a successful team, and that shines through with the Eagles. On the court, they were very supportive of each other — encouraging after every hit.

Arbo said that tightness and ability to get along is what makes them a special team.

“That’s probably the biggest thing I see with them — they want each other to do well. Sometimes competition takes over for players, and they look for personal glory over team glory. I feel like this team is looking for team glory a lot of times, so that’s a good thing.”