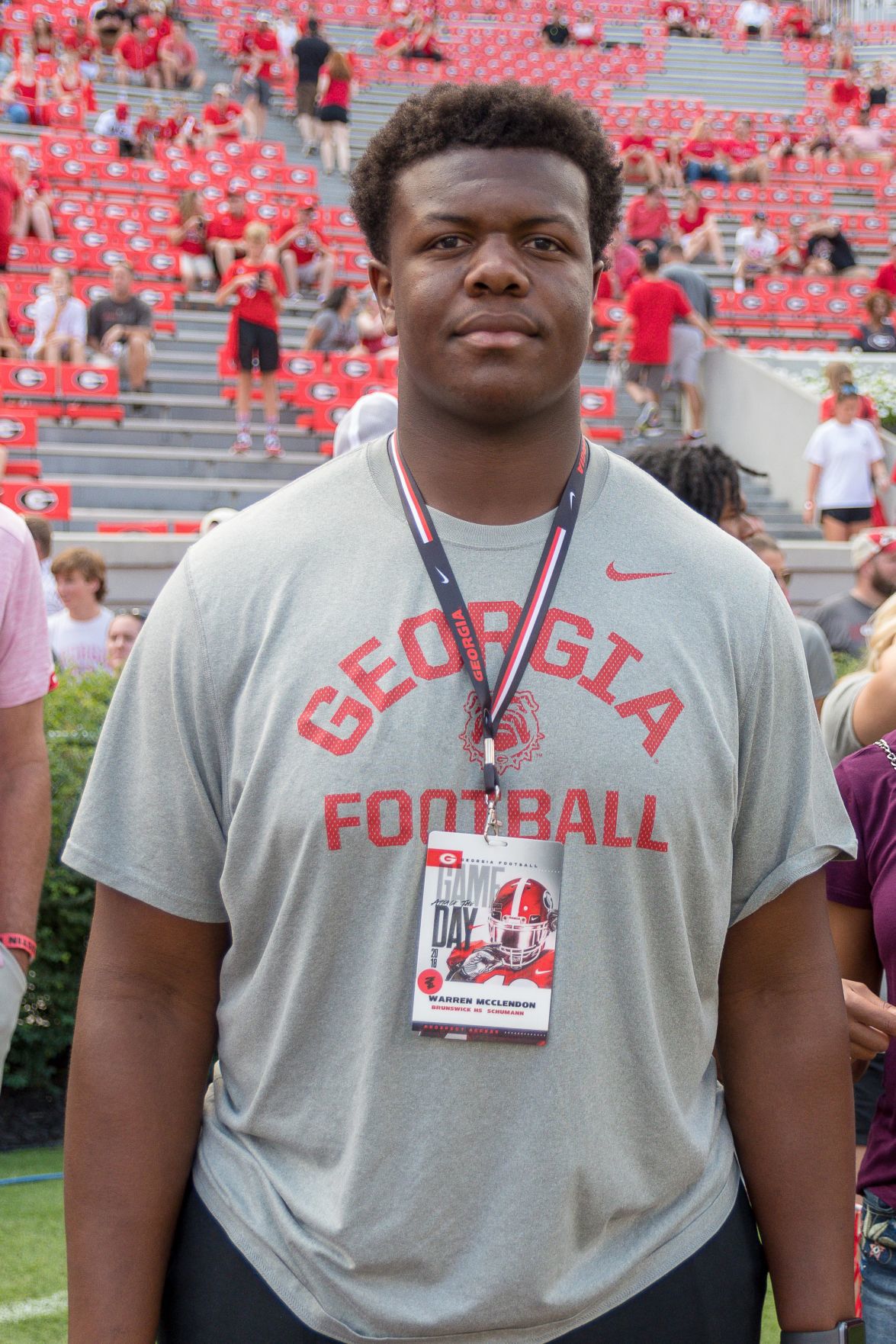 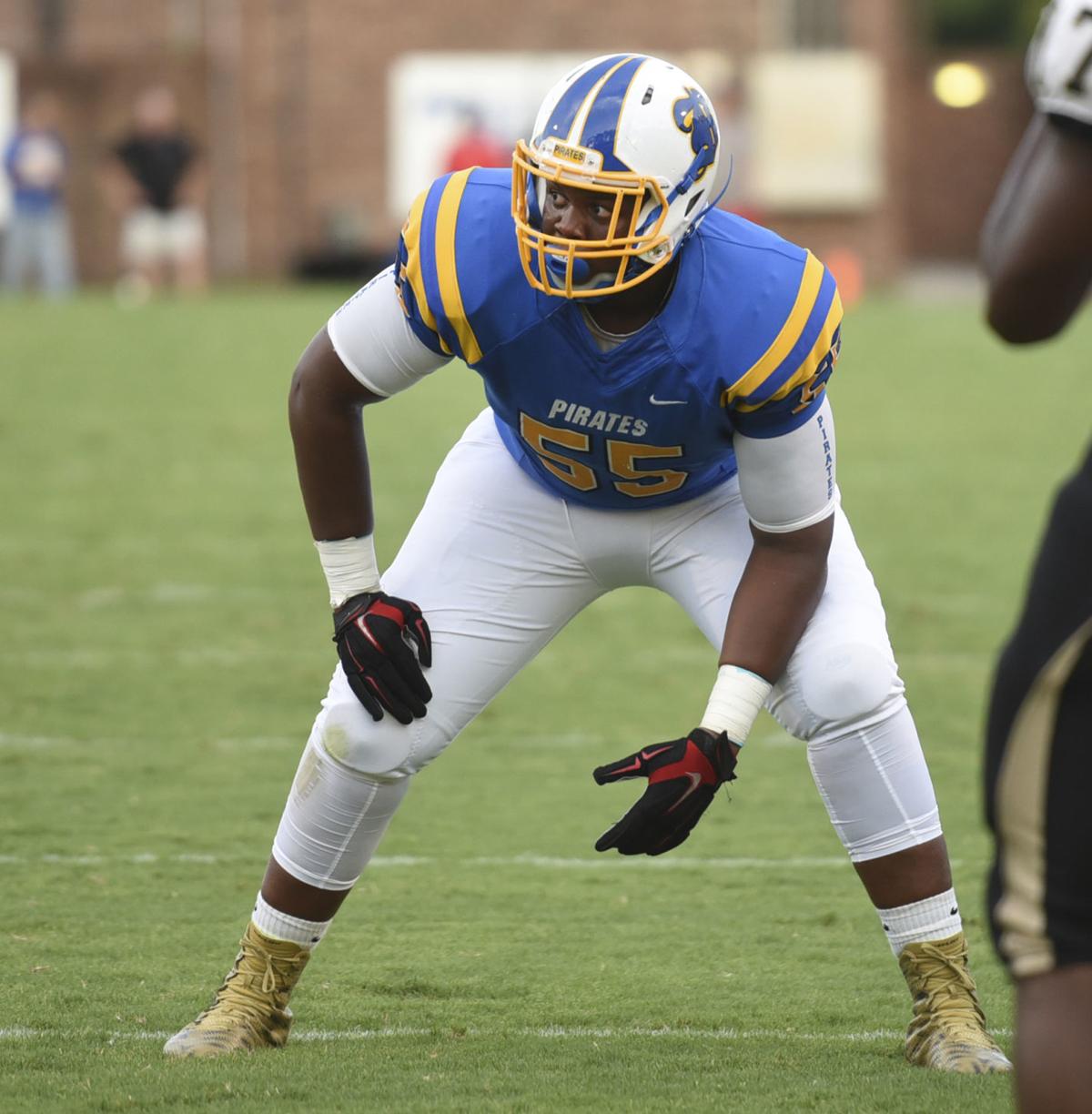 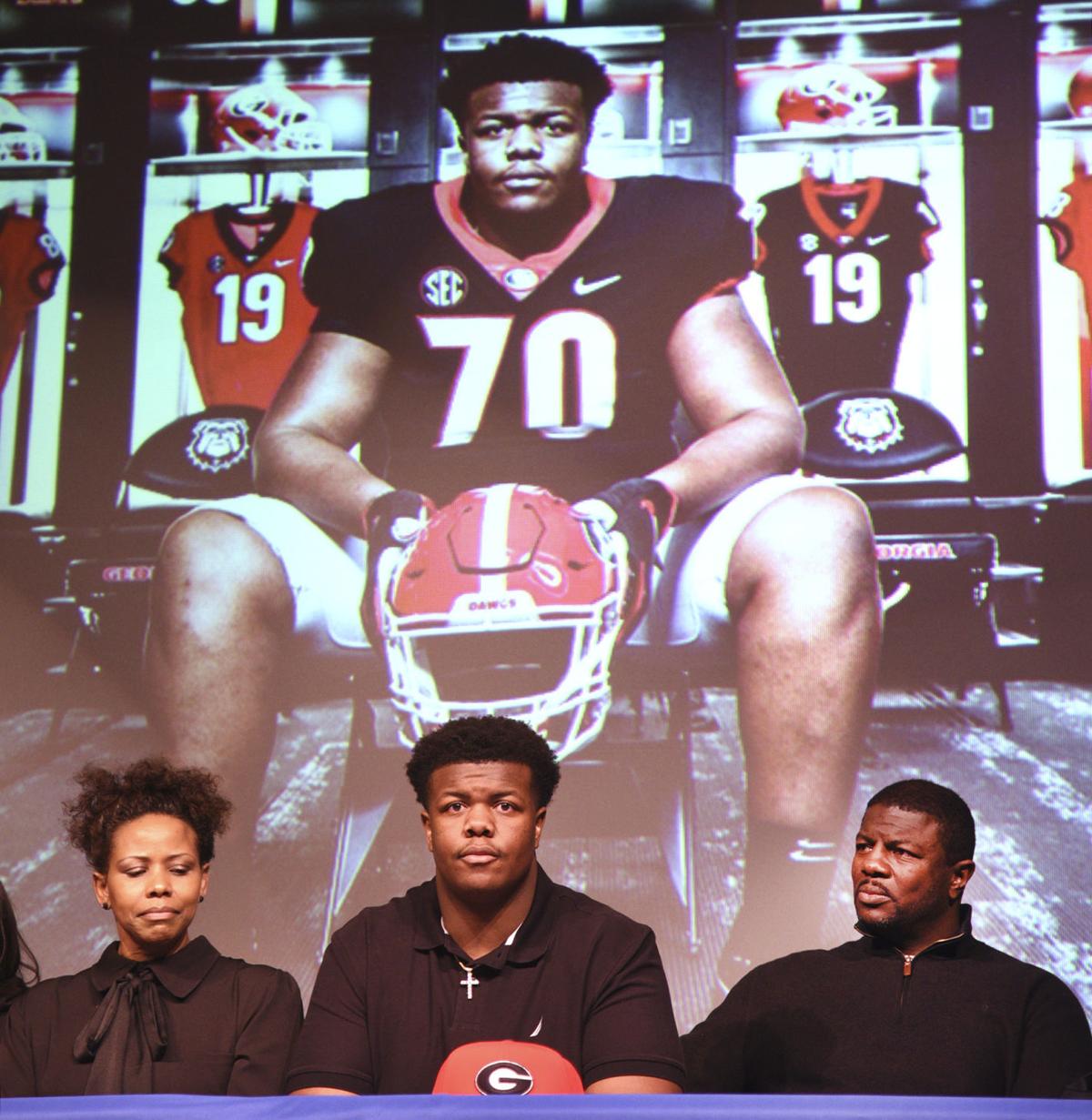 Warren McClendon committed to the University of Georgia on July 16, 2018, and decided to follow in his family’s footsteps to become a Bulldog. Now eight months after arriving at campus, he’s learning and competing hard on the scout team.

The 6-foot-4 320-pound freshman at the University of Georgia enrolled early and worked with the team all spring, summer and now fall making progress and learning what it means to be an athlete in the SEC.

It seems he will likely redshirt this year because of the massive amount of depth on the offensive line, however, that cannot be confirmed yet. The Bulldogs play Murray State and Arkansas State the next two weeks, and if the lead is large enough, McClendon could potentially get some time on the field.

Georgia coach Kirby Smart said plenty things about him during his press conference on Tuesday and seemed high McClendon and the progress he’s making.

“He’s doing well and came in early and practiced with us,” Smart said. “He’s been over on scout team with us and gets to compete every day. He gets to match up on Jermaine (Johnson), Nolan (Smith), and Azeez (Ojulari), and I think when you go up against those guys every day you certainly improve. He’s a great kid to be around, and he’s getting better by the minute.”

As a recruit, he ranked as a 4-star on 247Sports composite rankings and was the No. 20 offensive tackle in the country and the No. 25 Georgia prospect. He was part of the 2019 recruiting squad that ranked as the No. 2 overall class on 247Sports.

McClendon is a name that a lot of Bulldogs already know, and he chose to carry on that tradition. His uncle is Willie McClendon, who was a running back for the Bulldogs from 1976-78 who rushed for 2,228 yards and 22 touchdowns.

Bryan McClendon is his cousin, and he played wide receiver for Georgia on the 2005 SEC Championship team. Now he is the current offensive coordinator at South Carolina. He was also on staff at Georgia as an assistant coach during the Mark Richt tenure.

While most thought he was a Georgia lock because of his family, South Carolina made a big push because Bryan is the offensive coordinator. However, he chose to keep the tradition alive and pledged to the Bulldogs.

McClendon played at Brunswick High and helped anchor the Pirates line that averaged 42.3 points a game in 2017.

He also played basketball for the Pirates and helped the team to a Sweet 16 appearance in the 2018 GHSA Class 6A State Tournament as a junior. As a sophomore, he was a part of the basketball team that made it to the Class 6A State Championship game as well.

When asked what would he bring to the offensive line, Smart didn’t hesitate and gave a direct response.

“A lot of character, a lot of toughness,” Smart said. “He’s a good athlete, and he’s still got work to do to develop, but he understands that. He’s getting better and preparing for his time.”