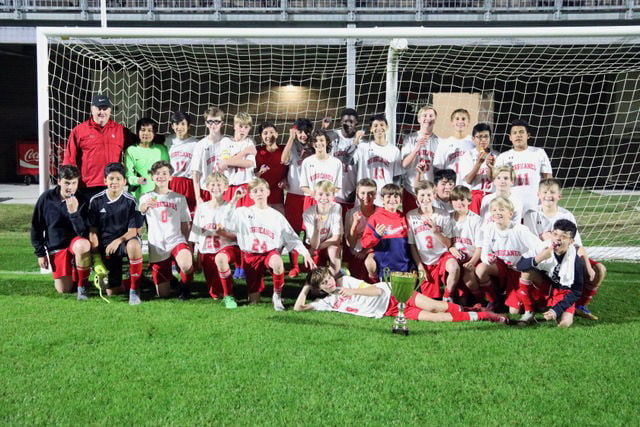 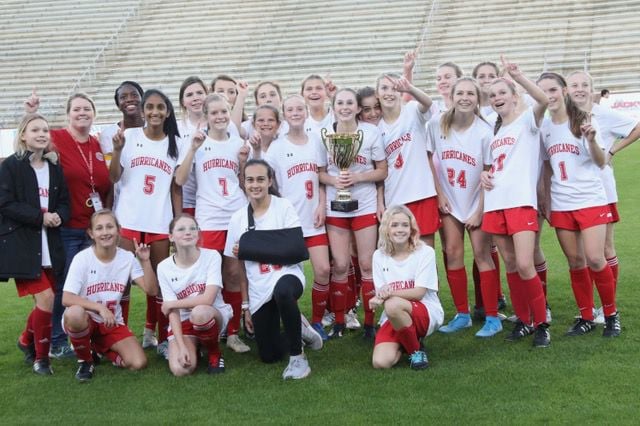 Glynn Middle continued their dominance in middle school soccer Wednesday as both the boys and girls teams each won their respective championship.

The boys beat Needwood Middle 5-0 at Glynn County Stadium to cap off a 10-0 season that culminated in the program’s third straight title. For the girls, the 5-0 victory over Frederica Academy captured the program’s 10th consecutive championship — seven coming under current head coach Valinda Szychowksi — in an unbeaten 10-0 campaign.

The Glynn Middle boys got goals from Chandler Owens and Jonas Coyle to carry a 2-0 lead into halftime, and Osvaldo Hernandez, Sam Dow, and Jude Hornbuckle each scored in the second half before the Hurricanes emptied the bench with around 10 minutes remaining.

The shutout was the eighth of the season for the Glynn Middle boys, who under head coach Bobby Brockman and assistant Jay Dow, only allowed two goals all season.

Glynn Middle’s girls got a hat trick from eighth-grade standout Allana Antah, who began the scoring just two minutes into the contest before connecting again on a corner kick midway through the first half.

Katie Hartridge pushed the lead to three ahead of intermission, and after a scoreless 20 minutes to begin the second half, Antah notched her third goal. With just over five minutes to play, Cary Turk tallied the final score.

Even after seven straight championships, the most recent had a little extra meaning for Szychowski as the graduating eighth-graders were the first players with the program for three seasons following a rule change that made sixth-graders became eligible to play in middle school along with the seventh- and eighth-graders.

Former Brunswick High standout basketball player Mike Davis has continued his success on the court since leaving the Golden Isles.