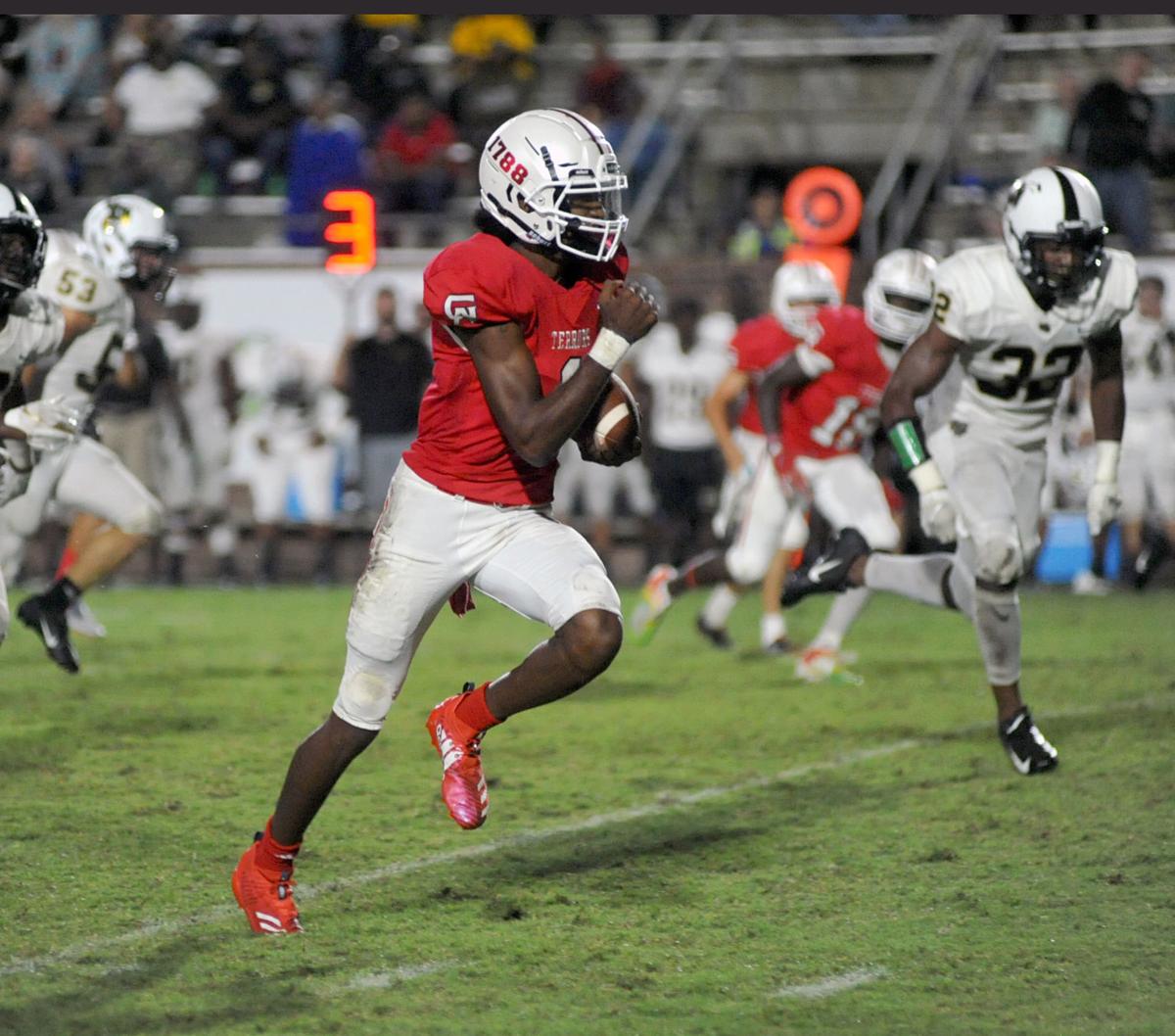 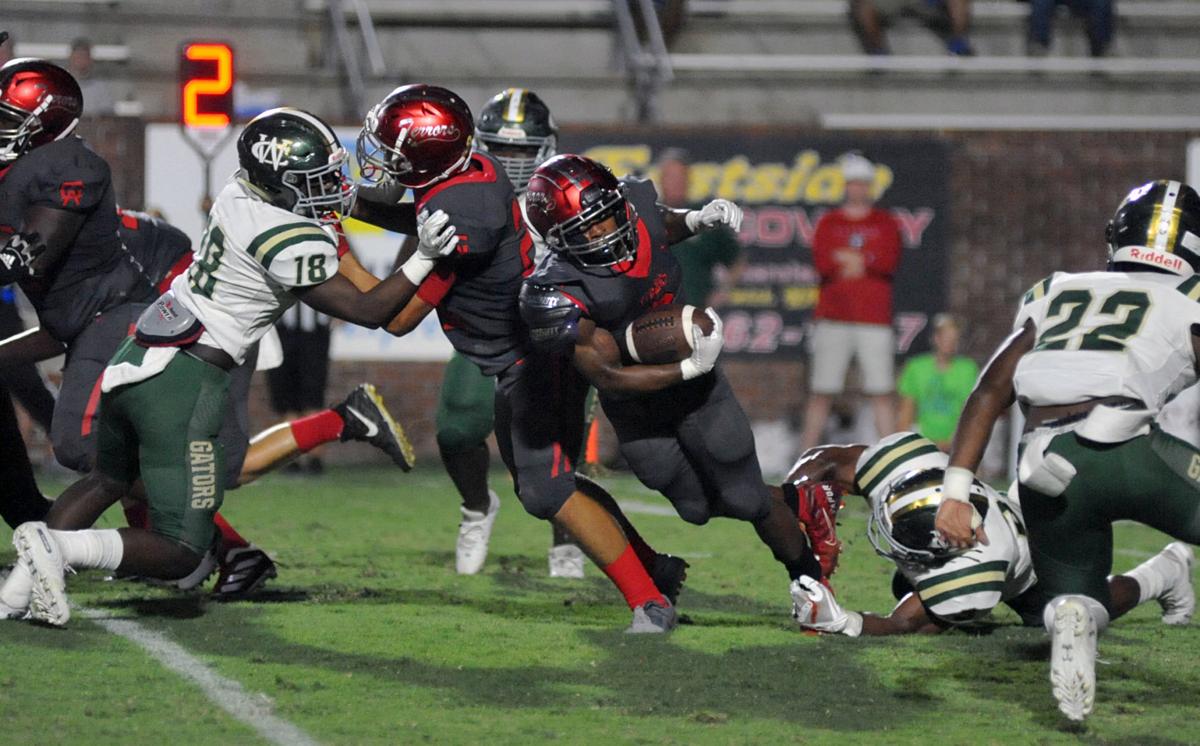 Coming off a deflating loss and a pair of subpar defensive performances, it’s gut-check time for the Red Terrors.

Over the past two games, Glynn’s defense has allowed a combined 730 yards and 70 points in contests against Wayne County and Ware. It didn’t matter weeks ago when the Terrors got rolling on the ground and won a 45-35 shootout over the Yellow Jackets, but the offense stalled against the Gators and it resulted in a 35-13 defeat prompting a week of soul-searching by the team after head coach Rocky Hidalgo called out his players for a lack of effort in practice.

Hidalgo believes the message resonated with the Terrors.

“There were 30 plays in the game against Ware County, if we make five or six of those, we have the chance to win the game, and we don’t make any of them. I just told the kids, you don’t know when those plays are going to come up. You’ve got to be ready to play.”

Glynn will need to be at the top of its game if it’s to send Camden back to Kingsland with its first loss of the season.

The Tigers enter the contest averaging 42.75 points and 450 yards of offense on the strength of a balanced, versatile unit that seemingly does everything well.

On the ground, sophomore running back Jamie Felix spearheads a rushing attack that averages 229 yards per game. Felix has already garnered offers from schools such as Florida, Auburn, and LSU, and he’s shown those to be good decisions by rushing for 525 yards and five touchdowns at 7.8 yards per carry so far this season.

Camden doesn’t utilize its running backs in the passing game much — the top two rushers have combined to catch just three passes for 14 yards. Instead, senior quarterback Logan Watson airs it out to a trio of receivers led by 247 Sports Composite three-star prospect Shawn Hardy III for an average of 221 yards per game.

Watson has completed a shade under 60 percent of his passes for 859 yards and 12 touchdowns to two interceptions, and Hardy has soaked up much of that production, hauling in 15 catches for 315 yards and four scores. The Tigers have also received big plays in the passing game from Andre Rogers (eight catches, 171 yards, two touchdowns) and Chamar Roberts (six, 161, three).

Although Camden is loaded with talent at the skill positions, its an offensive line led by one of the top 2021 prospects in the nation that makes it all work. At 6-foot-4, 316 pounds, Micah Morris is the fourth-ranked prospect in Georgia, and 36th in the country, with 21 offers from programs that include Alabama, Georgia, and Clemson.

“Their big up front on the offensive line, the quarterback makes plays for them with his feet and with his arm, they’re tall, they’ve got length on the perimeter at the wide receiver position, which we’ve got some 5-foot-3 guys that are going to be covering those guys, so we’re going to have to get up, climb the ladder and go play ball,” Hidalgo said. “They’ve got a good football team. They’re well coached. I think if we play well, we’ll have a chance to win. If we don’t, we’re not. That’s what it comes down to.”

The Wildcats haven’t had quite the same success on defense, where they’ve allowed 22.5 points per game this season, but they’re still extremely talented on that side of the ball nonetheless.

Defensive back Michael Holmes is a three-star prospect with offers from 19 different schools, including Arkansas and Boston College. Linebackers Desmond Fogle and Derrick Sinegal Jr. have each intercepted a pass to go along with north of nine tackles per game.

As a team, Camden has recorded 13 sacks in four games with defensive linemen Deterias Glover and Hunter Guarino each contributing three apiece.

Glynn Academy rolled to 99 points in two games against in-state opponents to start this season, but last week the it was held to 2.7 yards per play and managed just one offensive score against Ware County.

The Terrors must execute its blocking scheme better against the Wildcats if their to keep up in what has all the makings of a shootout.

“We can’t go and block the wrong people,” Hidalgo said. “We had too many times where we just left guys unblocked, or two guys blocking the same guy, it was a comedy of errors on offense — on both sides of the ball. It was as poorly executed game as I’ve had as a head football coach.

“We’ve got to go out and do the things we’ve been coached to do, we’ve got to play with great enthusiasm, intensity, and just get after them for 48 minutes and do the right things.”