Sign Up
Log In
Purchase a Subscription
You are the owner of this article.
Edit Article Add New Article
You have permission to edit this article.
Edit
Welcome, Guest
Home
FULL MENU
News
Life
Sports
Obits
e-Edition
Classifieds
Jobs
Events
Subscribe
doc. 21/22
1 of 6 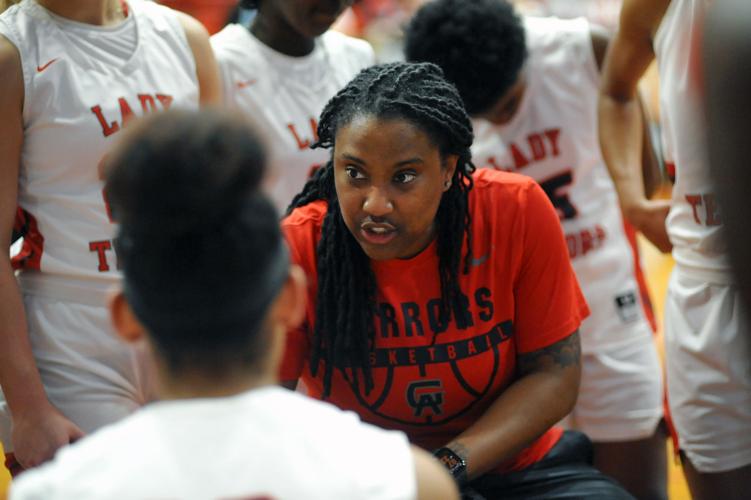 Glynn Academy head coach Sharnesha Smith speaks to her team during a huddle in a first-round playoff game against Mt. Zion-Jonesboro at The Glass Palace in 2020. 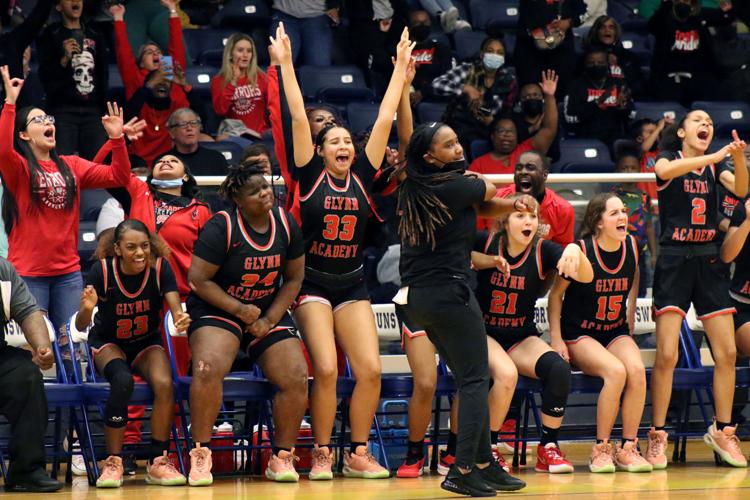 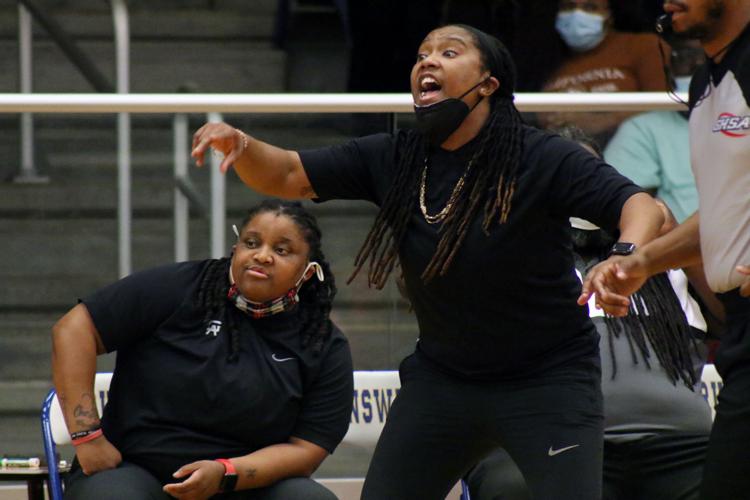 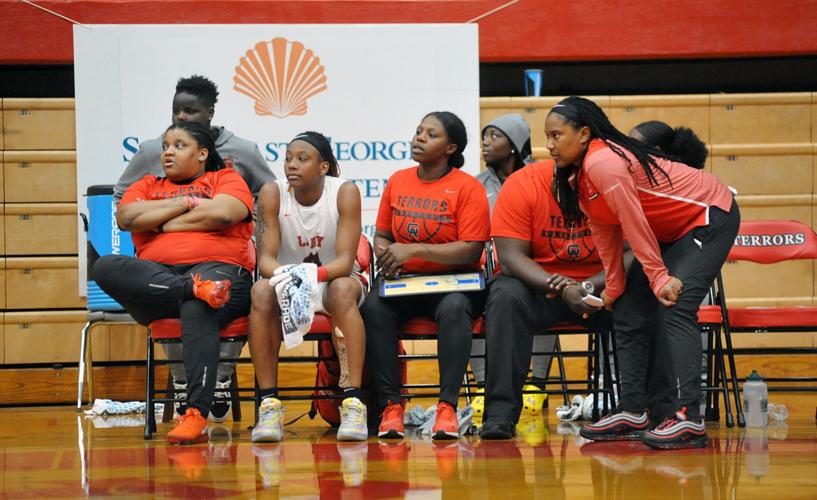 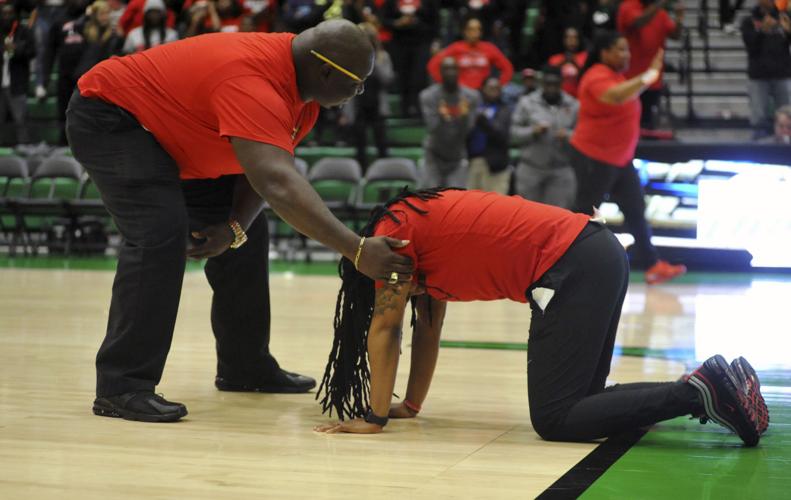 Glynn Academy girls basketball coach Sharnesha Smith, above, falls to the floor in celebration after the Terrors beat Langston Hughes in the Class 6A semifinals in Buford. Below, the Terrors’ players celebrate their victory. Glynn will play Forest Park for the state championship on March 7 in Macon. 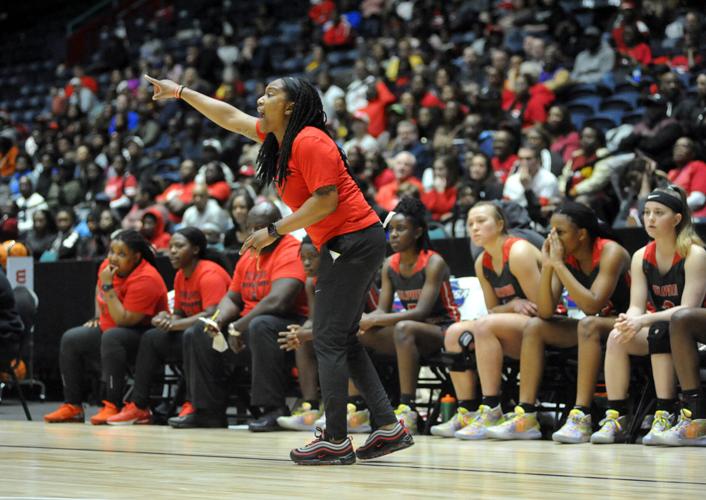 Glynn Academy head coach Sharnesha Smith speaks to her team during a huddle in a first-round playoff game against Mt. Zion-Jonesboro at The Glass Palace in 2020.

Glynn Academy girls basketball coach Sharnesha Smith, above, falls to the floor in celebration after the Terrors beat Langston Hughes in the Class 6A semifinals in Buford. Below, the Terrors’ players celebrate their victory. Glynn will play Forest Park for the state championship on March 7 in Macon.

Smith will take over at her alma matter as the head coach of the Camden girls basketball program after being approved by the Board of Education on Tuesday evening.

“It’s an opportunity to go back to where it all began for me,” Smith said. “Being a product of that system under Coach (Keith) Ellis, we had a lot of success. So being able to go back, and give back to my community, and being able to coach those girls where I once was in their shoes, that’s a huge opportunity.

“I’m excited about it. Ready to get to work. Coach Ellis, of course, has been there for years, and leaving the legacy he’s left behind, I get an opportunity to carry that on. He was a great coach for me, and I’m sure a lot of other alumni can say the same, so I’m excited to be in that position.”

Along with her sister and assistant coach Shayla, Smith started for a Camden team that was a buzzer beater away from a state title appearance in 2002 before going on to close out her prep playing career as the program’s record holder for assists and steals.

After a college career at Stetson that saw Smith become one of just 11 players in program history to tally 1,000 points and 250 assists, she joined the coaching ranks, serving as an assistant at Augusta State for two years, and Flagler for three, before getting her shot at Glynn Academy.

“Five years, they gave me my first head coaching opportunity, so I thank Dr. (Scott) Spence for that, he was the principal that hired me when I came in,” Smith said. “(Matthew) Blackstone, (Steve) Waters, Jeffery Parker, all those guys have been very supportive while I’ve been here.

“They wanted the athletics program to do well on the girls’ side, and that’s what we did. Being here was great. I ran across some great people, developed some great relationships. My kids were great, my parents were great. Everything ran how it should have. I’m just so grateful and blessed to have had that opportunity for my first head coaching job being in the situation I was in.”

Since Smith took over the program ahead of the 2018 season, the Terrors have compiled a 91-49 record over five seasons, including 33-20 against Region 2-6A opponents, and made a playoff appearance each year.

Glynn Academy won back-to-back region titles from 2019-20 — the program’s first since 1995 — with Smith earning Region 2-6A Coach of the Year honors both seasons. The Terrors advanced to the Elite 8 in 2019, and the following year, Glynn came up just shy of winning its first state championship, finishing as runners-up.

Now, Smith will begin her quest to lead Camden to its first state championship game appearance 20 years following its semifinals loss while taking over the reigns from legendary coach Ellis.

Although the Wildcats are just 56-67 over the past five seasons, including 5-26 in region play and 0-5 in the playoffs, Ellis leaves a glowing legacy with the program where he topped the 400-win mark.

Of course, Smith has experience operating in the shadow of a local legend. Glynn Academy was just five years removed from the retirement of longtime girls basketball coach Theresa Adams when Smith came onboard.

“Theresa Adams has laid her mark all over Glynn Academy, so I was very familiar with her coming in,” Smith said. “Even though we played at Camden, it was almost like she coached us too being a coach at Glynn. No matter what sport we were playing, she made sure she was always encouraging to us, always said something to us. So that transition with her was very easy. She was very supportive. She was heavily involved with the program over these five years that I’ve been there, so it it’s been great to have her as a mentor and someone to call on.”

Long lines are not anticipated at polling places throughout the region for today’s primary election thanks to absentee and early voting.

The term centenarian is so five years ago for Miss Ida Mae Lawson of Brunswick.

The battle has a winner.

A small contingent observed National Maritime Day on Saturday with prayers and the placement of a wreath in memory of five merchant seamen killed just offshore in a U-boat attack during World War II.

Erick Caballero’s memories of the summer robotics camp he attended in middle school are foggy. But the impact the experience made remains clear to this day.