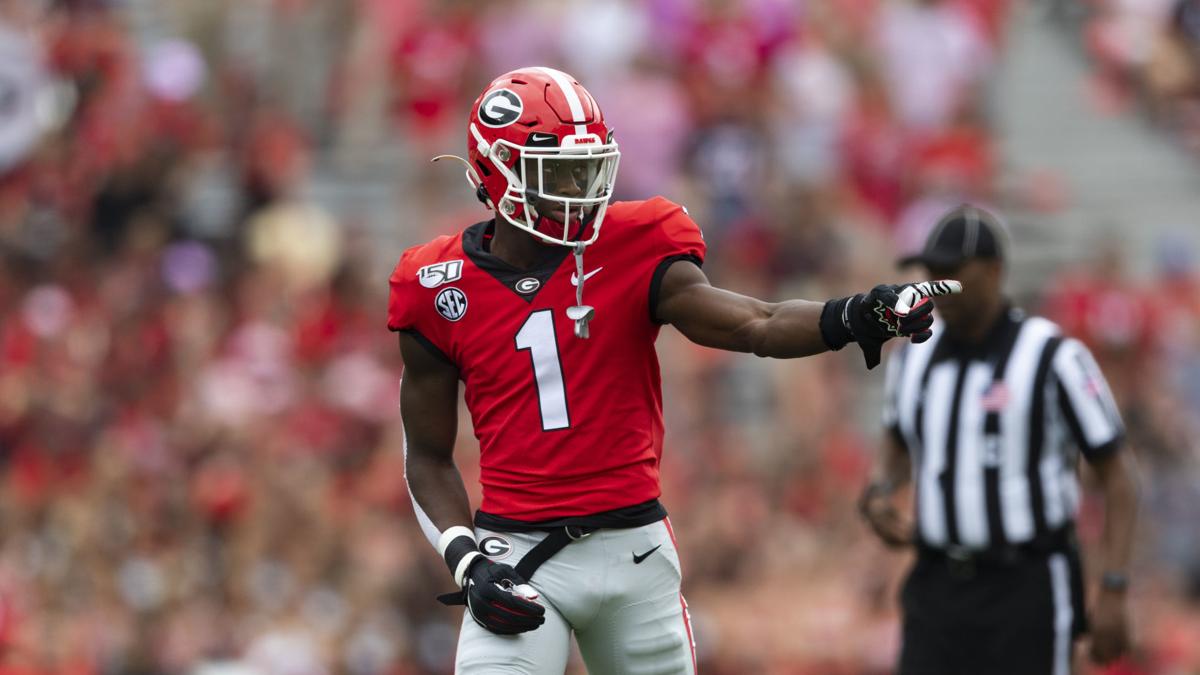 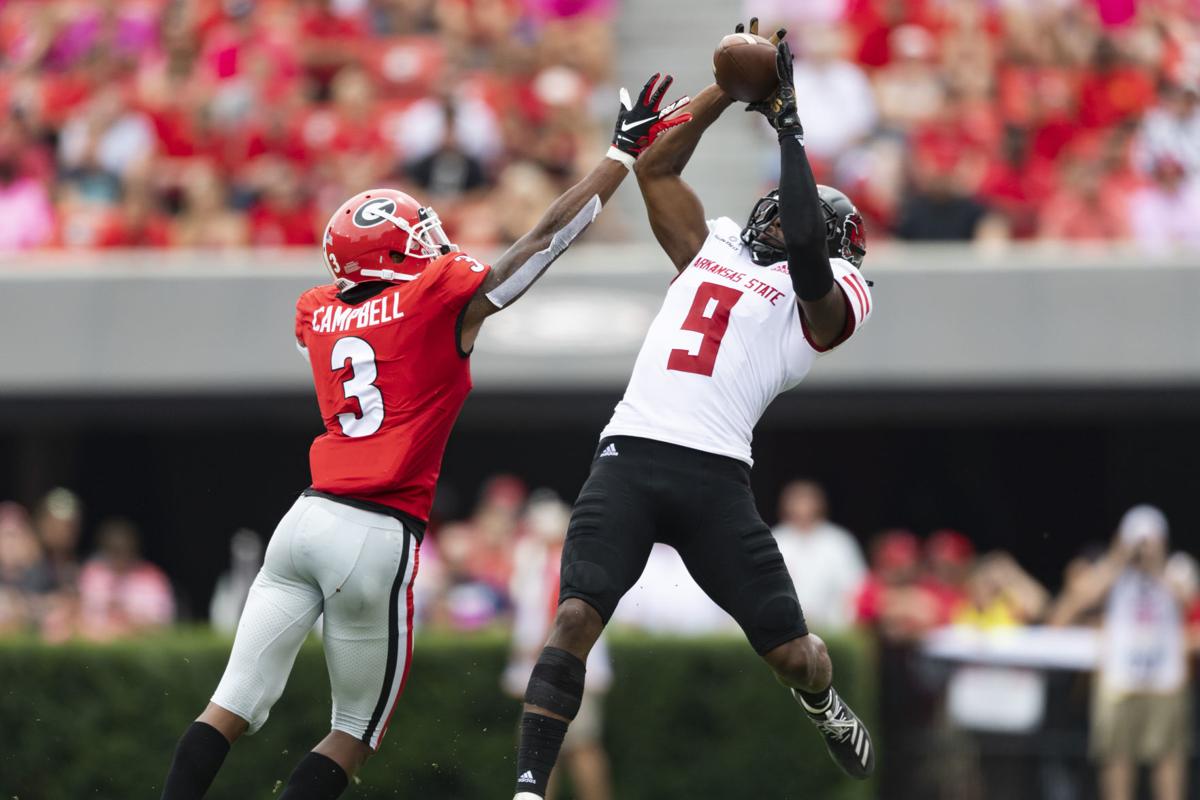 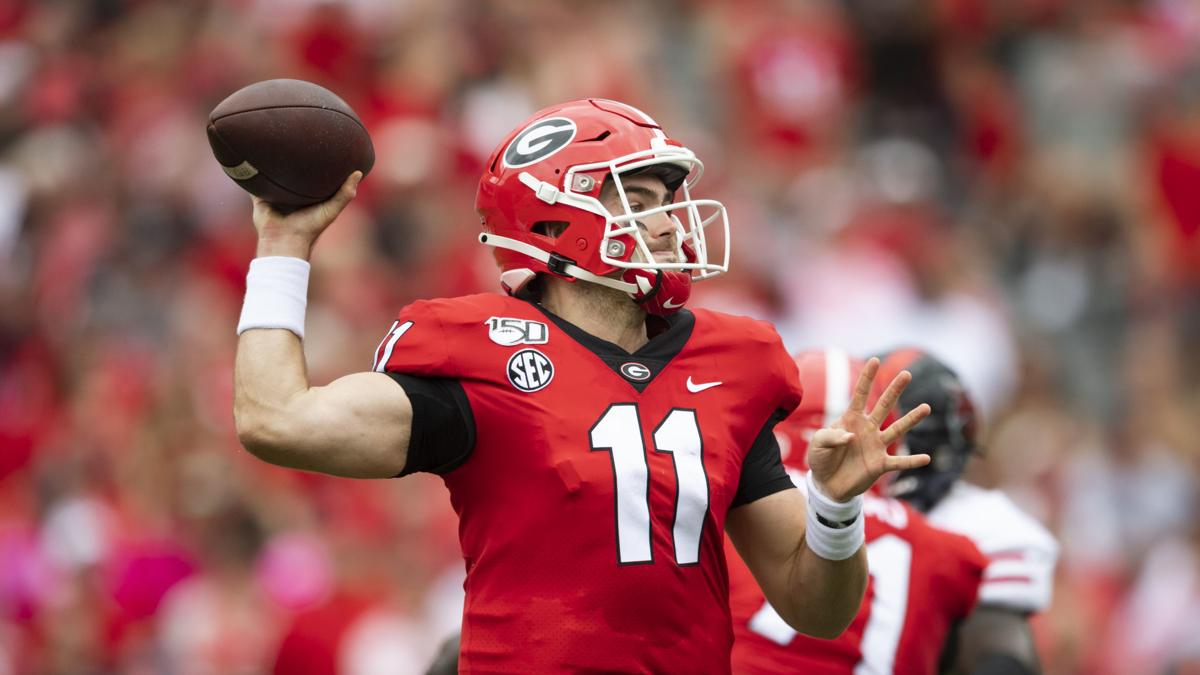 Georgia football handed Arkansas State a goose egg on Saturday and put on yet another dominating performance.

While it was another lower-tiered matchup for the Bulldogs, it gave them great practice for this week’s showdown with Notre Dame.

Georgia amassed 656 total offensive yards averaging 9.9 yards a play while holding Arkansas State to 220 total. On the ground, Georgia had 268 yards on the ground while four of the five scholarship running backs got into the end zone. The Bulldogs averaged 8.1 per rushing play, but that wasn’t the best part as the passing game shined brighter this week.

Last week was all about the freshmen, and this week will be too, but it was Jake Fromm’s performance that stood out to me.

Not to mention the defense pitched a shut out against a scrappy Arkansas State team. Despite the fans honoring the Red Wolves by wearing pink, Georgia’s football players didn’t hold back and had no mercy.

Here are this week’s Dawg Bones for Arkansas State.

Three players get offensive dawg bones, and they are Jake Fromm, Dominick Blaylock, and George Pickens. These three were making plays all over the field on Saturday and showed what Georgia’s future could look like.

Fromm completed 17-of-22 passes for 279 yards and three touchdowns. Overall, Georgia had 388 passing yards in the game and averaged 11.8 yards each time they threw it. The only fault was his long ball, but those connections will come once he gets a little more comfortable with his young wideouts.

He hasn’t gotten the Dawg bone before now because we haven’t seen him shine, but boy did Fromm put on a show against Arkansas State, and some of his credit should go to the offensive line. All three of his touchdown passes went to a different wideout as Blaylock caught one, D’Andre Swift caught one and Lawrence Cager got into the end zone.

Fromm’s learning how to spread the wealth, and it looks good so far.

Pickens had five catches for 84 yards with a long one of 32. He continues to show and prove that even though he’s a freshman receiver, he can hang with the best of them, which is why he gets a dawg bone. This week against Notre Dame will be a test, but I have a feeling Fromm and Pickens will be something we hear quite a bit.

Blaylock was the leading receiver of the game as he had four catches for 112 yards and one touchdown. He also caught some punt returns for the Bulldogs as well. Blaylock earns his dawg bone for having over 100 receiving yards and for not showing many freshmen tendencies at all.

These three showed out against Arkansas State, and I don’t think it’ll be the last time they’re featured on here.

The whole defense deserves stickers after that performance against Arkansas State. When you pitch a shut out, everyone did their job to make sure the other team stayed out of the end zone.

Tyler Clark finally had it all click on the field. He and Robert Beal Jr. tied for the most tackles in the game as they both had five apiece. However, Clark also recorded 1.5 tackles for loss and 1.5 sacks, and three quarterback hurries.

Clark was all over the field; he was commanding the defense and had them working. He seems to be emerging as a leader as the Bulldogs need one n that defensive line.

As a whole, the defense combined for seven tackles for loss, four sacks, 17 quarterback hurries, eight pass breakups and one interception. This defense keeps causing havoc, and it’s showing.

In the last two weeks, Georgia’s almost matched its last season stats for most of the defensive stats, and it’s crazy to think it’s only been three games. So far the Bulldogs have 12 sacks, 21 tackles for loss, 48 hurries, and 11 pass breakups.

This group is a solid defense that’s starting to find its way and identity.

That identity is to cause as much havoc as possible, which is why the whole defense gets the stickers.

Rodrigo Blankenship steals the show again as he was perfect on both his field goals and kicked eight touch backs, mimicking last weeks performance. So far this season he has 21 touch backs on the year and is 5-of-5 on field goals.

He is a massive contributor to this team and makes sure to keep opponents pinned back deep in their territory. So far it’s helping, however, from here until the end of the season, he will get tested. Is Blankenship the best kicker in the country, we will find out sooner than later.

This week’s coaching dawg bone goes to Tray Scott, and for the improvements, this defensive line has made since last season.

I’m not sure what switch they flipped this offseason, but I hope it never flips off. Georgia’s front seven continues to show improvements and well when the havoc rate is up it’s hard not to give him the dawg bone sticker.

The Bulldogs need to keep this defensive line aggressive and Scott’s off to a great start.

Georgia welcomes ESPN College GameDay and the Notre Dame Fighting Irish to Athens this weekend for an 8 p.m. prime time matchup. This is the third-ever meeting between the two teams and Georgia’s the only SEC school the Irish have yet to beat.

Saturday’s showdown is for bragging rights along with a top-10 win which helps in the playoff picture. Georgia’s got to defend its turf, and it gets to on the biggest stage in all of college football.