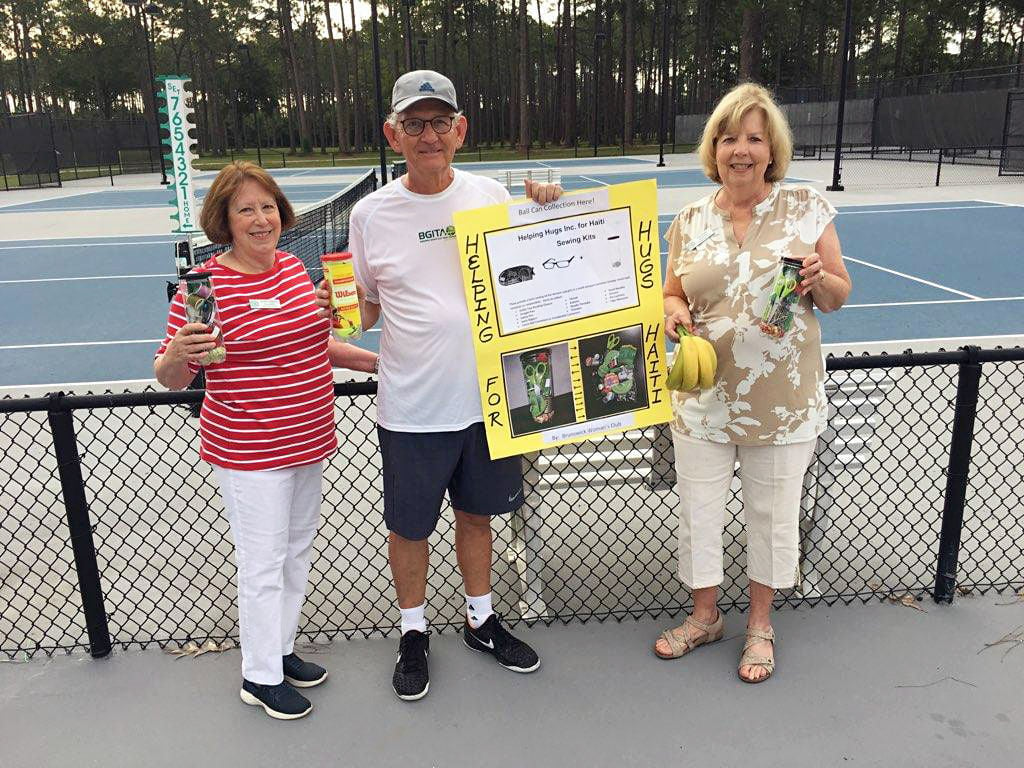 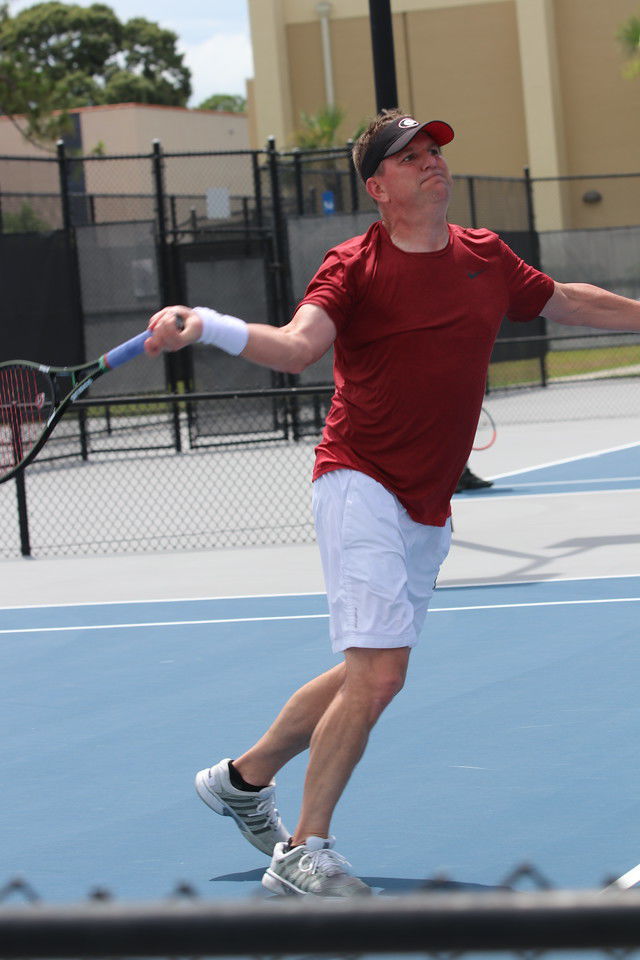 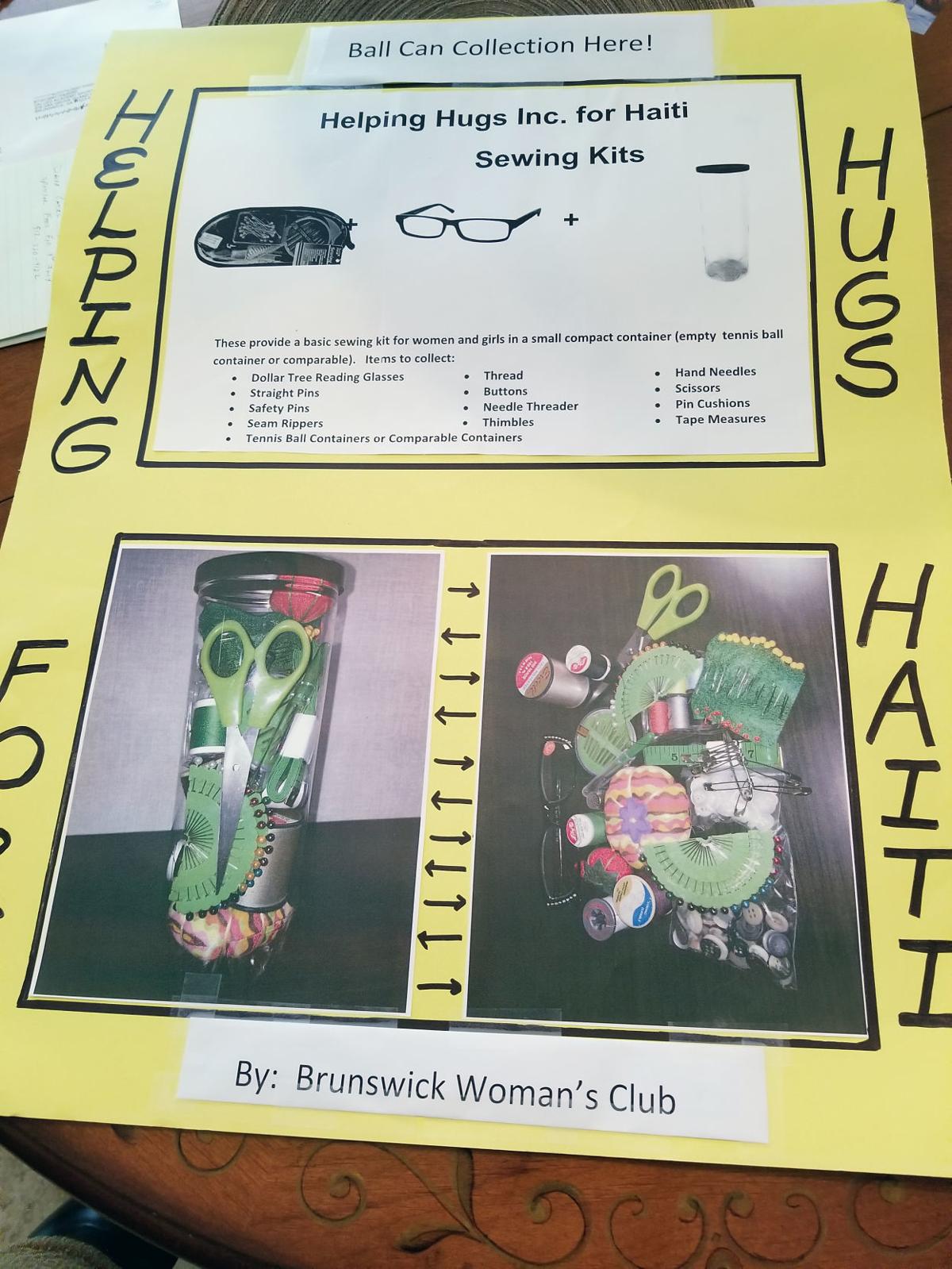 A poster displaying the materials needed for the Brunswick Women’s Club sewing kits. 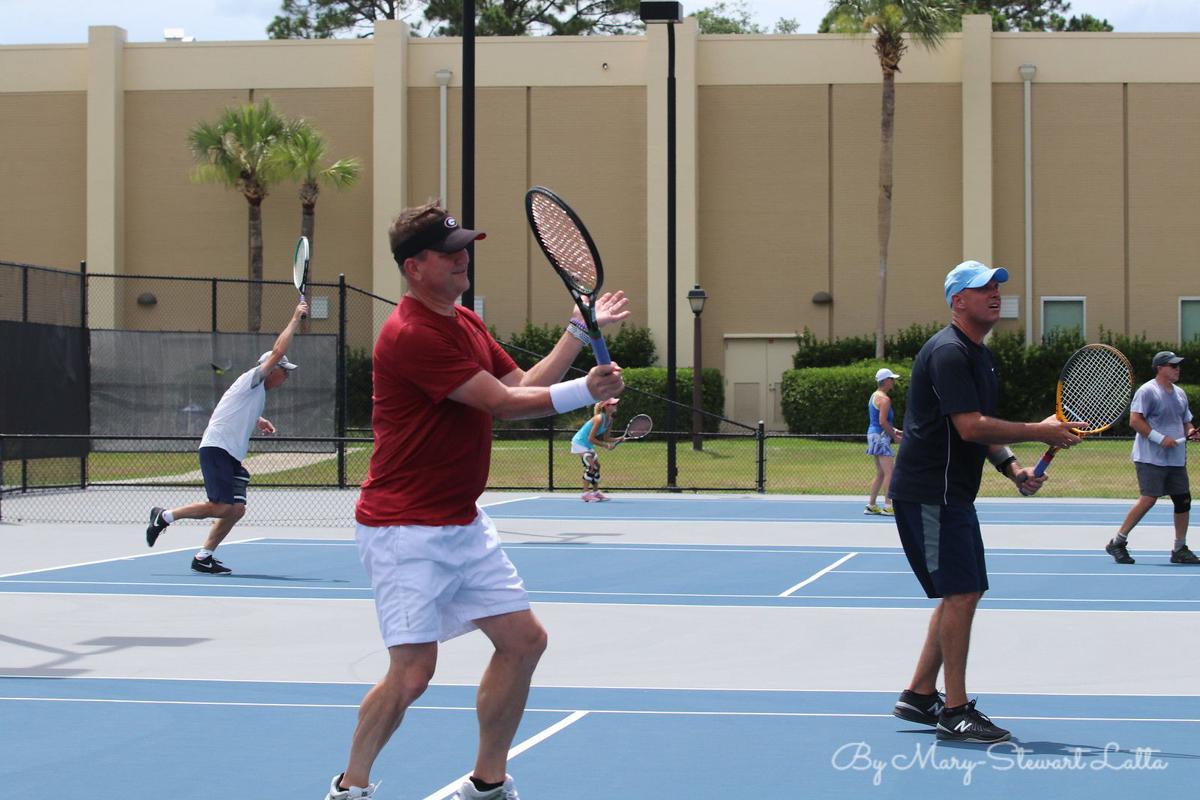 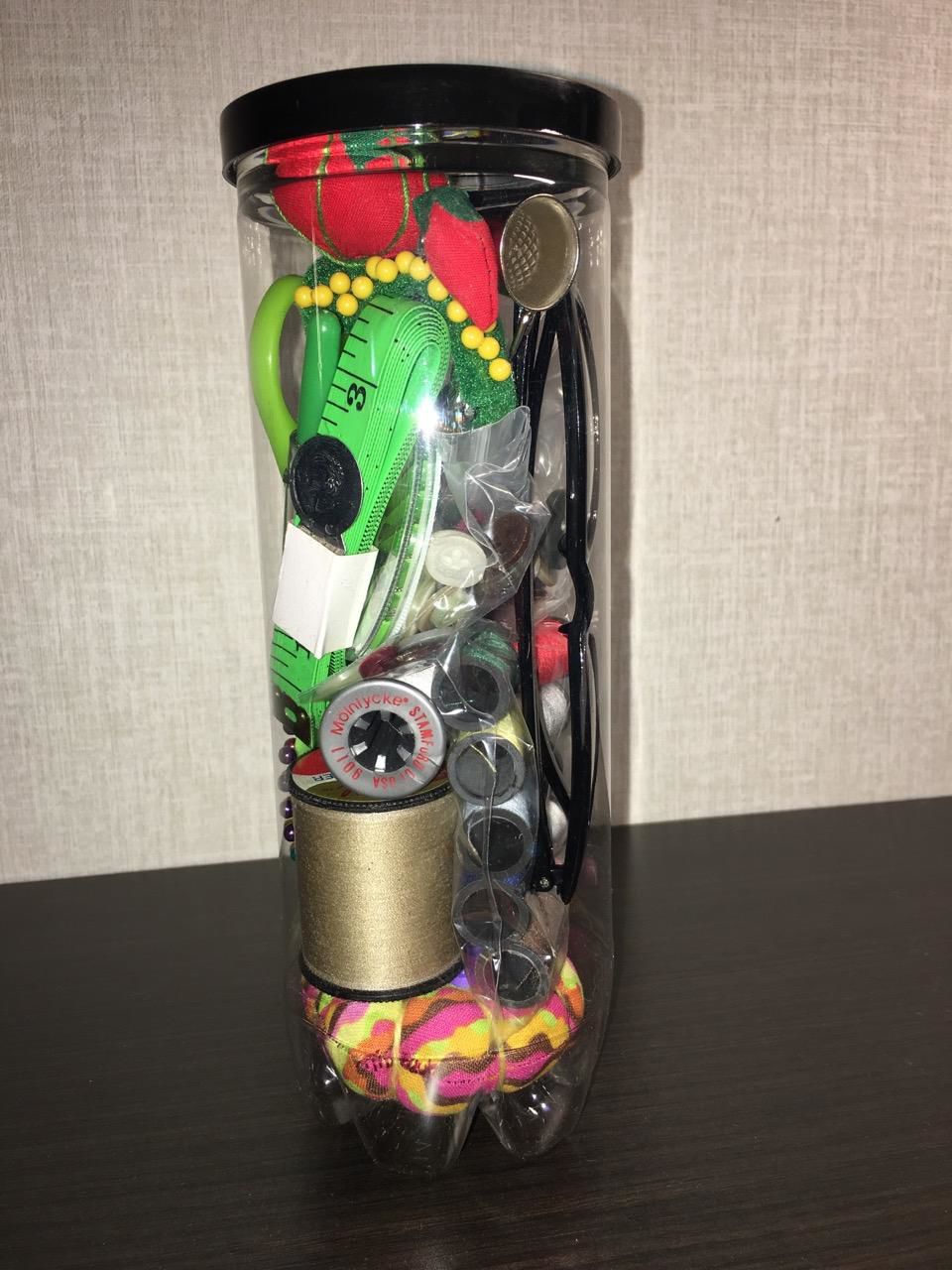 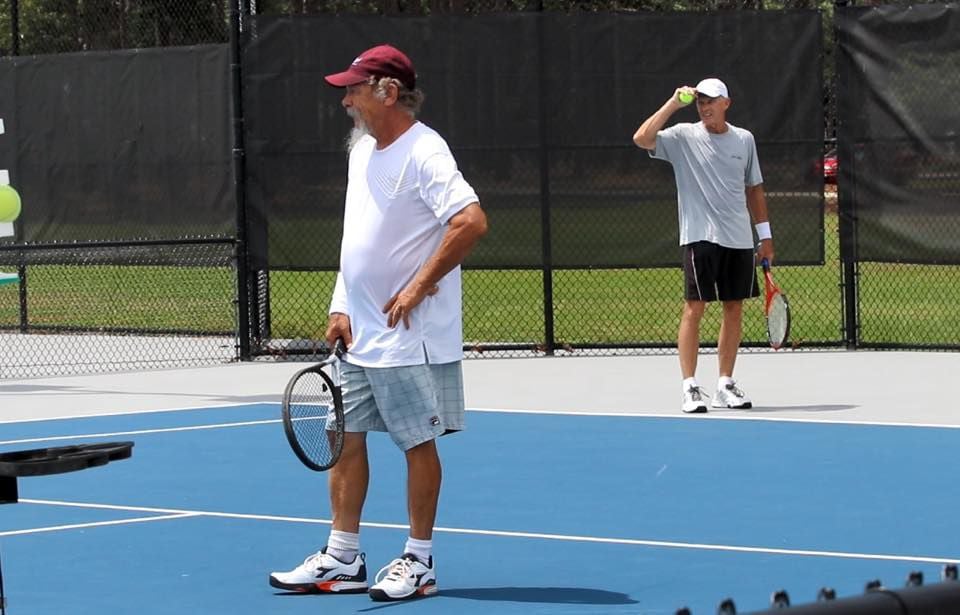 Jeff Webb, left, and Gary Mallard prepare to serve this past weekend at the first annual Golden Isles Hardcourt Championships.

A poster displaying the materials needed for the Brunswick Women’s Club sewing kits.

Jeff Webb, left, and Gary Mallard prepare to serve this past weekend at the first annual Golden Isles Hardcourt Championships.

Champions were crowned and bragging rights were claimed this past weekend at the first annual Golden Isles Hardcourt Championships.

Despite weather twice interrupting play, the two-day event drew in competitors from an eight-county area surrounding Glynn to the Marta B. Torrey Tennis Complex on the College of Coastal Georgia campus — ultimately resulting in 26 players taking home trophies for championships and finals appearances.

"The event was an unqualified success," said tournament director Patrick Anderson. "Our goal was to build membership in the local USTA organization Brunswick-Golden Isles Tennis Association, and give area tennis players an opportunity to compete for local championships.

“In the process, we enjoyed the camaraderie and special friendships we develop playing the sport we love."

In men's 4.0 doubles, the largest field in the tournament, the team of Brett Nobles and Trey Weiss scored a 6-2, 6-3 victory over Gary Mallard and Jeff Webb in the championship match. The men's 4.0 singles final saw Raymond Merletti defeat Ted Williams 6-2, 6-3.

Jennifer Lee and Tiziana Snyder won a three-team round robin at women's 3.0 doubles with the team of Sharon Petrey and Peaches Thorp earning the runners-up trophies. Sandra Eastwick and Sara Fennell won the women's 3.5 doubles with two victories over second-place finishers Karen Hufnagel and Gail Johnson.

The winner of the women's 4.0 doubles round robin was Cheryl Helton and Molly Wolfe, with Cynthia Hurd and Jackie Seymour finishing second.

But thanks to the work of Patricia Porto and the Brunswick Women's Club, the winners of the tournament expanded much further than the local area.

The empty cans from the tennis balls used in the tournament were saved and donated to the organization for a benefitting one of their favorite charities, Helping Hugs, Inc.

Helping Hugs, Inc., is a non-profit run as a partnership between St. William Catholic Church on St. Simons and Côte-de-fer in Haiti.

Mary Lynch, an officer with the group, spoke to the Brunswick’s Women’s Club about Helping Hugs’ most recent mission trip to Haiti and some of the materials that can be made for donations such as bathing kits containing Ivory soap and a wash cloth packaged in Crystal Light containers.

“One of the things that they want to take this year are these little sewing kits,” Porto said. “And they distribute it to all the 100s of people there.”

The original plan was to construct sewing kits and store them in parmesan cheese containers, but Porto, a former USTA captain had a different idea.

“My friends and I were at the tennis courts talking ball cans and all, and I’m thinking, ‘Hey, what about this?” Porto said. “Because how much parmesan cheese do people eat? Not much.”

Porto passed along the suggestion to Hilda Hagarty, the southeast district president of the Georgia Federation of Women’s Clubs.

“(Hagarty) made up one and she said, ‘Oh, Pat, this is even better than the cheese one,” Porto said. “Because she could put a little pin cushion that she made at the bottom of it. It was just the perfect size. We could put scissors, and glasses, and two or three spools of big thread. We could just fill it up and make it even better.”

About a week later, Porto read a preview for the Golden Isles Hardcourt Championships in The News and figured the tournament would make for an excellent source of containers for the sewing kits.

Anderson and Porto arranged for the used cans to be donated to the GFWC’s district project, which ultimately collected 38 cans from tournament.

According to Hagarty, the Brunswick Women’s Club now has the materials necessary to put together 50 kits to send to under-privileged families in Haiti.

By February, Hagarty is hoping the Brunswick chapter can send 100 kits over with Helping Hands, Inc., and possibly, many more.

“We have a standing invitation to all the clubs in the district to collect either parmesan cheese containers or any other similar container that we can put a sewing kit in,” Hagarty said. “Then if they have spare threads, needles, tape measures, seem-rippers, whatever, to bring those, we collect them at our district meetings.”