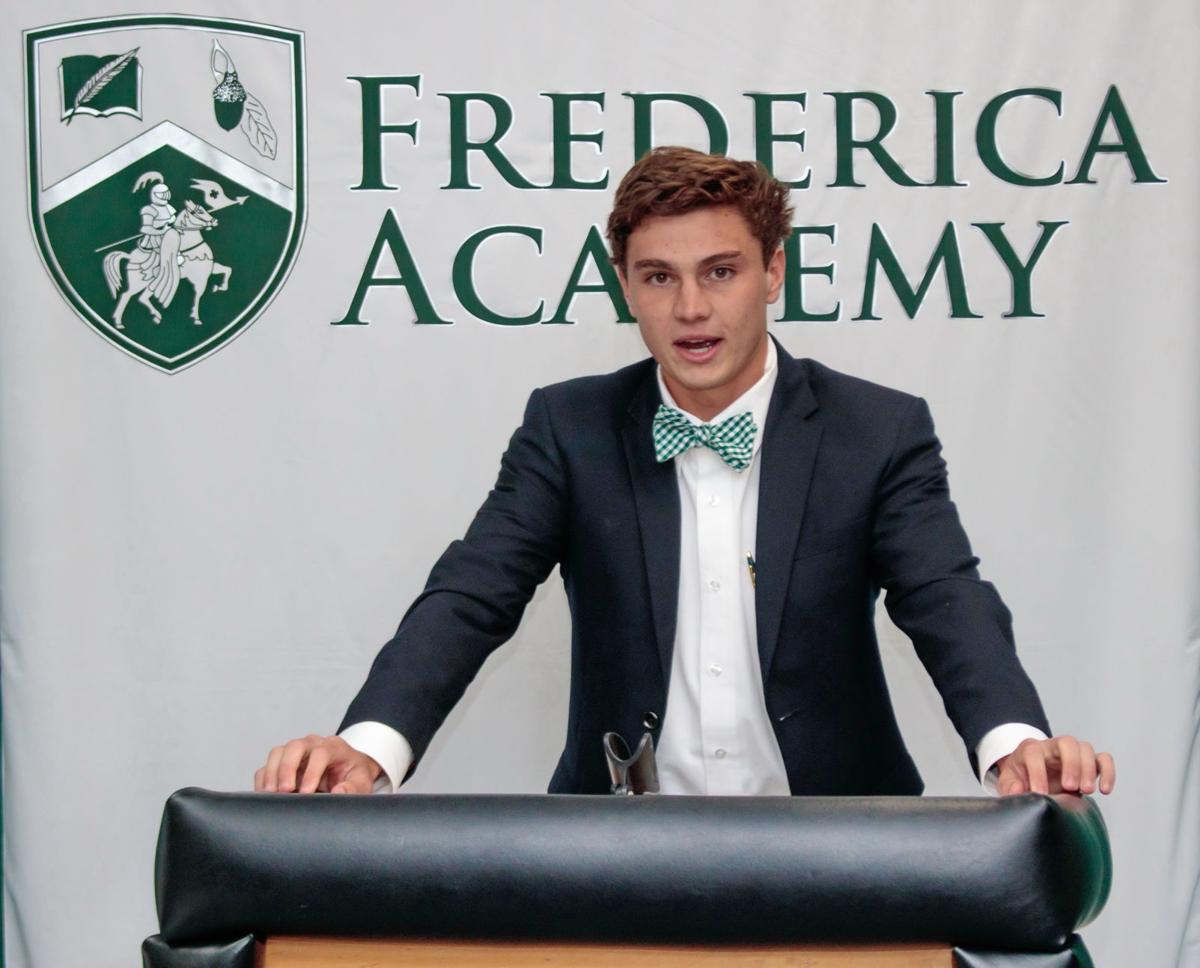 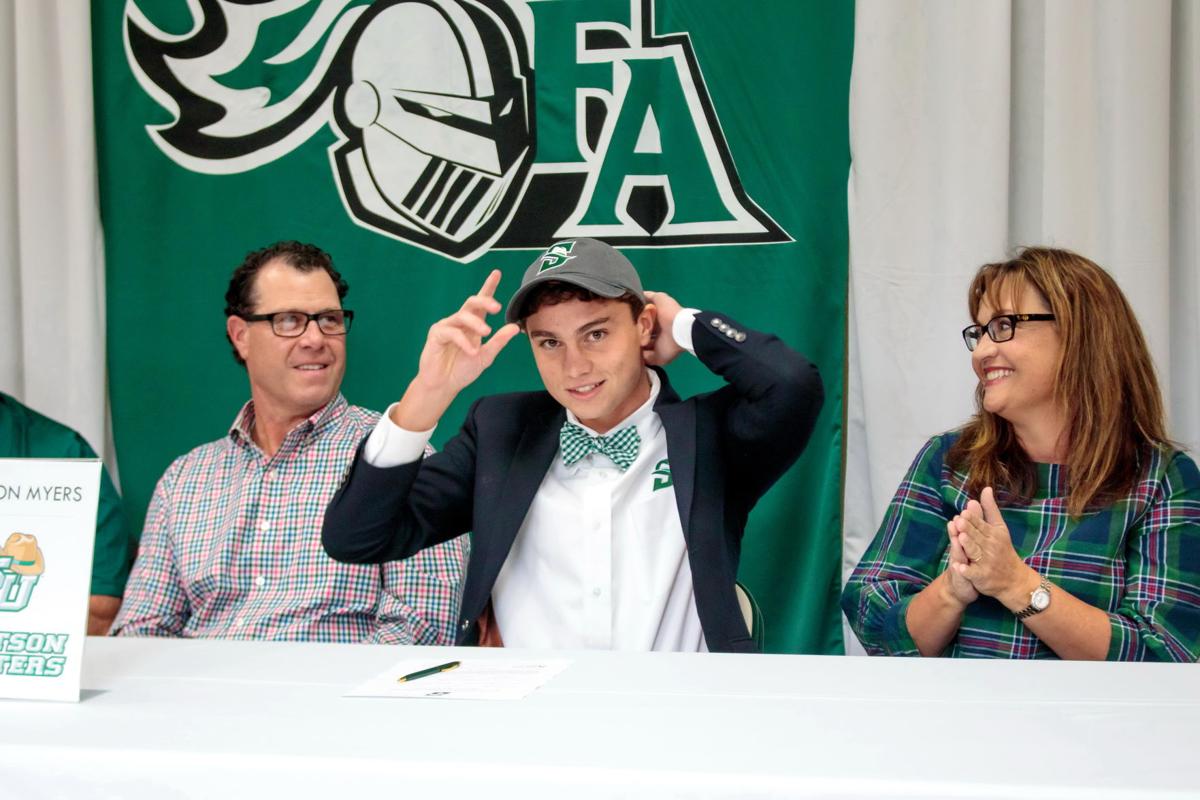 Frederica Academy's Colton Myers is joined by his father Randy and mother Pam during a signing ceremony Wednesday. He signed a letter-of-intent with Stetson University.

Frederica Academy's Colton Myers is joined by his father Randy and mother Pam during a signing ceremony Wednesday. He signed a letter-of-intent with Stetson University.

Surrounded by his friends, family, teammates, and coaches, Myers made it official and signed all the necessary paperwork. Myer’s parents, sister Maddie were there, and his grandparents Ben and Karen Myers surprised him.

His brother Jacob couldn’t attend but joined in on a video call to be part of his big day because he is away playing college soccer at Davidson.

Myers said his brother had been a huge aspect of his life, and he’s excited to share playing college soccer with him.

“Jacob has always been my role model on and off the field,” Myers said. “We are constantly training and talking about soccer, so I am excited to share this similar experience with him.”

Stetson University is a member of the Atlantic Sun Conference and is a Division 1 school. Myers said he chose Stetson because of the community.

“Stetson’s family community, along with the rigorous academics, made it my top choice,” Myers said. “The opportunity to continue my soccer career so close to home also played a huge role.”

Myers said that Stetson head coach Christian Neagu said he would use him as a field player, but also sees him as someone that can play multiple positions.

While at Frederica Academy, according to his Maxpreps account, Myers has scored 161 points, made 67 goals, and had 27 assists.

He said that Knights coach Tim O’Sullivan’s experience helped him elevate his game to the next level.

“He has taught me always to act professionally,” Myers said. “O’Sullivan’s focus on improving technical ability and speed of play has also been a major part of why development as a player.”

He was a captain for the Knights last year and said he hadn’t chosen a major yet, but he’s leaning towards business.

Stetson University is currently 8-10-2 overall and 3-2-1 in conference play. The Hatters have one more event on the schedule as the Asun Conference tournament will be on Saturday.

Myers acknowledges what it means to go to school and play soccer at the next level, and he seemed nothing but excited about the opportunity.

“I’m very appreciative for the spot I’ve been given,” Myers said. “I’m looking forward to my time as a Hatter.”