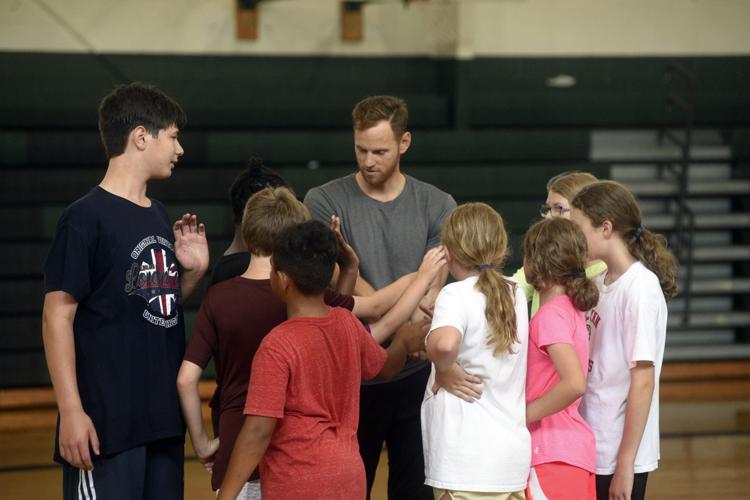 Campers break down one last time before heading off to lunch. 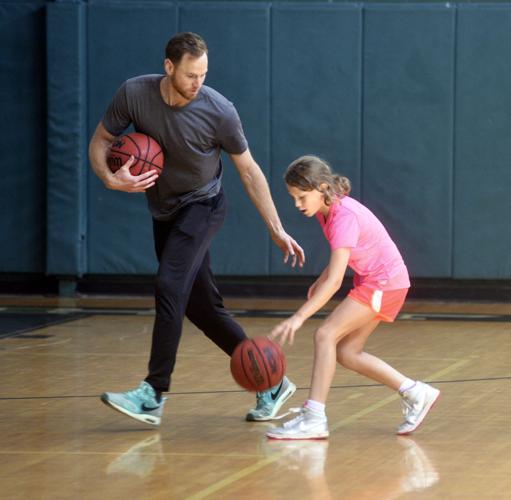 Frederica’s James Orbelies acts as a defender for a camper to work on her dribble combos. 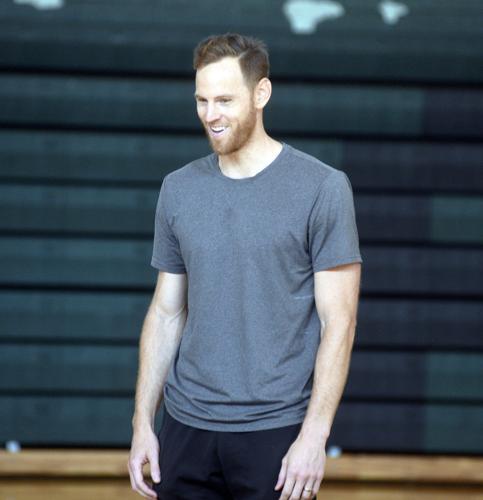 Campers break down one last time before heading off to lunch.

Frederica’s James Orbelies acts as a defender for a camper to work on her dribble combos.

After longtime head coach Sarah Helder stepped down following the 2021-22 season to spend more time with her family, James Oberlies shifted from his spot as a bench coach with the boys’ team to his first varsity basketball job.

The Lady Knights have won several region titles, but they haven’t reached the holy grail of adding another state championship banner inside the gymnasium.

“That’s the goal,” Oberlies said smiling as he looked at the rafters. “To put up one of these banners and to get our first state title. But we have got a long way to go.”

Coming off an 11-10 (2-6) season with a loss in the first round of the GISA Class 3A playoffs, Oberlies likes the core of his team but he knows they will have work to do to be ready for October.

“The girls have to buy into what we are doing here, and we do have a solid building block with the players we have coming back,” Oberlies said. “We are only losing two players and we have some talented girls coming back. One of the things that I am emphasizing in the offseason is, that they have to get better individually.

“They have to practice their skills and once they do that then we come together in the season in October, and start to play together as a team. This is an important offseason for us, where they get better with their shooting and dribbling. That’s when you really get better as a basketball player is April through October.”

One way Oberlies has had his players develop over the offseason is by the use of open gym pickup games.

“We are including not only Frederica players but community players,” Oberlies said. “Whether they play at Glynn Academy or Brunswick, it’s open to all high school girl basketball players. The idea is 5-on-5 where they are just running and getting up and down. They are incorporating the skills they may have worked on in the morning and in the afternoons we are running. We are set up at 2:30 every day for 5-on-5, Monday, Tuesday, and Wednesday (in June).

That’s been one way so far in the offseason for Oberlies to see his players come in and gain repetitions. Another one is a team trip they will be taking next week to the University of South Carolina.

“The girls will get to meet (head coach) Dawn Staley and the players,” Oberlies said. “For these girls to have that exposure I hope that it enlightens them to know what it takes to play college basketball. We have some girls that have admirations to play college basketball, but they are a long ways off in terms of their skills. They have to get a lot better. This will expose them to real college basketball and we are going to go for the team camp and have great team bonding and be better from it.”

Transitioning from one coach to another is never easy, but the opportunities the Lady Knights are getting in the first few months under Oberlies will be key for them to be ready for a new season come October.

Oberlies isn’t saying his team will be feared off the bat, but when opponents take on Frederica this coming season they will see maximum effort coming from the team.

“I am hoping that my teams play every game with intensity and we don’t back down,” Oberlies said of the preseason outlook. “Our staple is defense and pace. I like to get up and down, I want the girls to get the rebound and push the pace. Get back on defense and it might be a full-court press, but it will be in your face and high intensity and maximum effort. That’s going to be the staple for this team.”

Afternoon sunshine rippled through palm trees as a bagpiper played “Amazing Grace.” The notes danced on the breeze, moving from the interior of Veterans Memorial Park in Brunswick where preparation for a military funeral was taking place.

A group of investment partners has purchased most of Redfern Village.

“Wake up and work hard” has become Isabelle Zantow’s favorite mantra as she prepares for an upcoming, life-changing experience.

DUE SOUTH: Gems Hidden Here and There

The Golden Isles do, indeed, have many hidden gems. My favorite are… Read more

NATURE CONNECTIONS: From the ocean to the swamp

For any aspiring Golden Isles gardener, one name becomes quite fami… Read more

MONEY TALKS: The secrets to saving for college, retirement

Saving for college and retirement can be daunting. However, talking… Read more