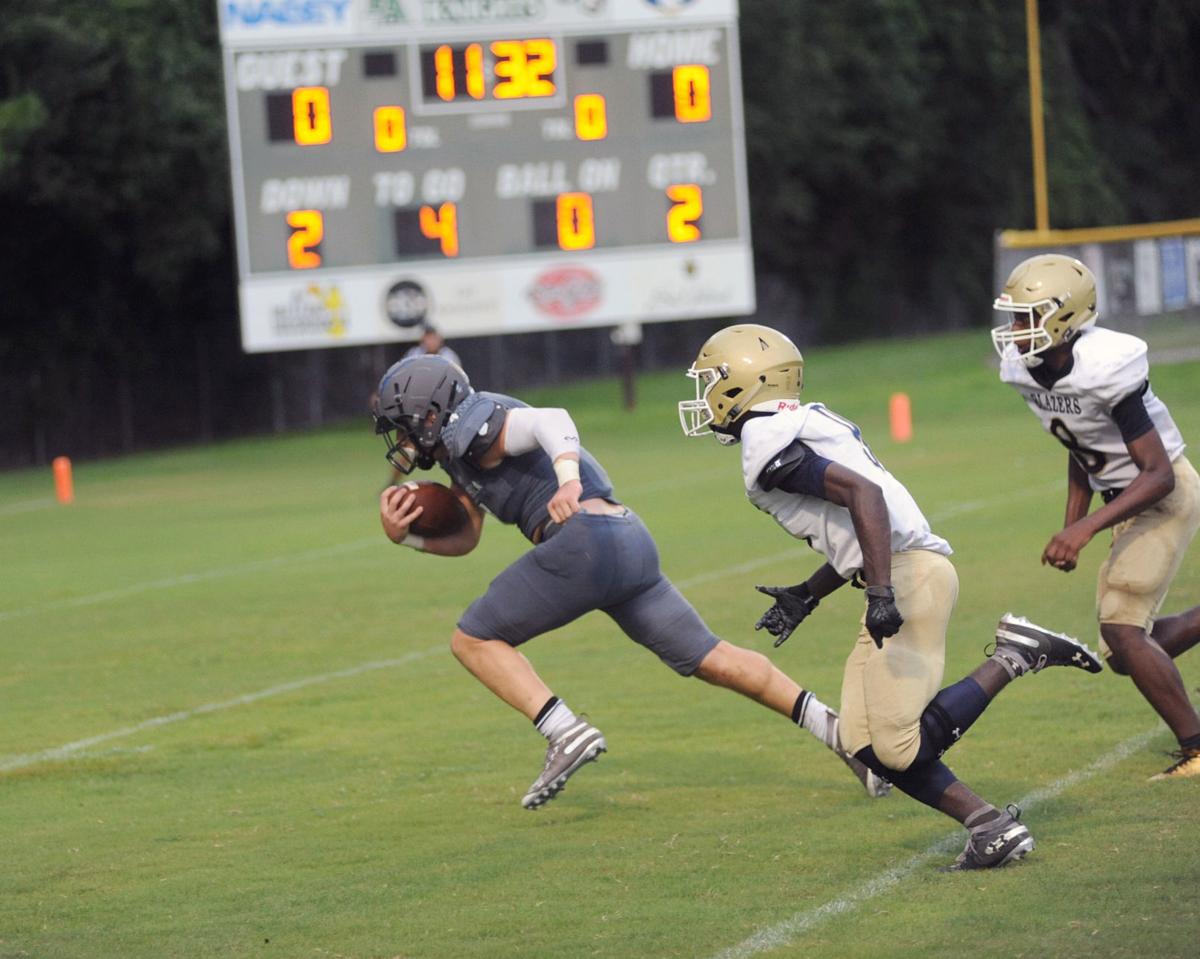 Frederica Academy’s Deke Jernigan runs for a touchdown during a scrimmage against Bethesda Academy on Friday. 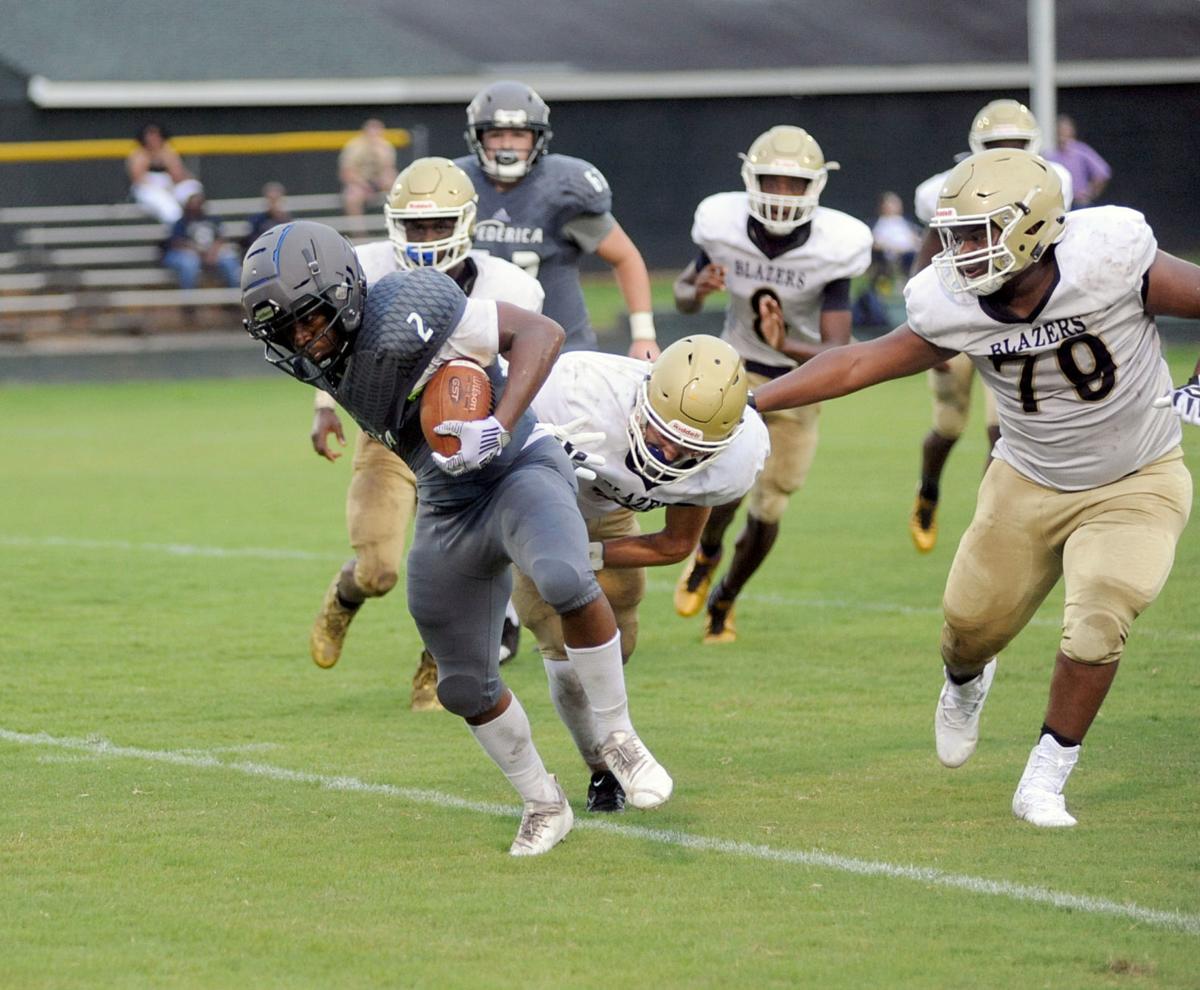 Frederica Academy’s Denver Anthony sheds a tackle during a scrimmage against Bethesda Academy on Friday. 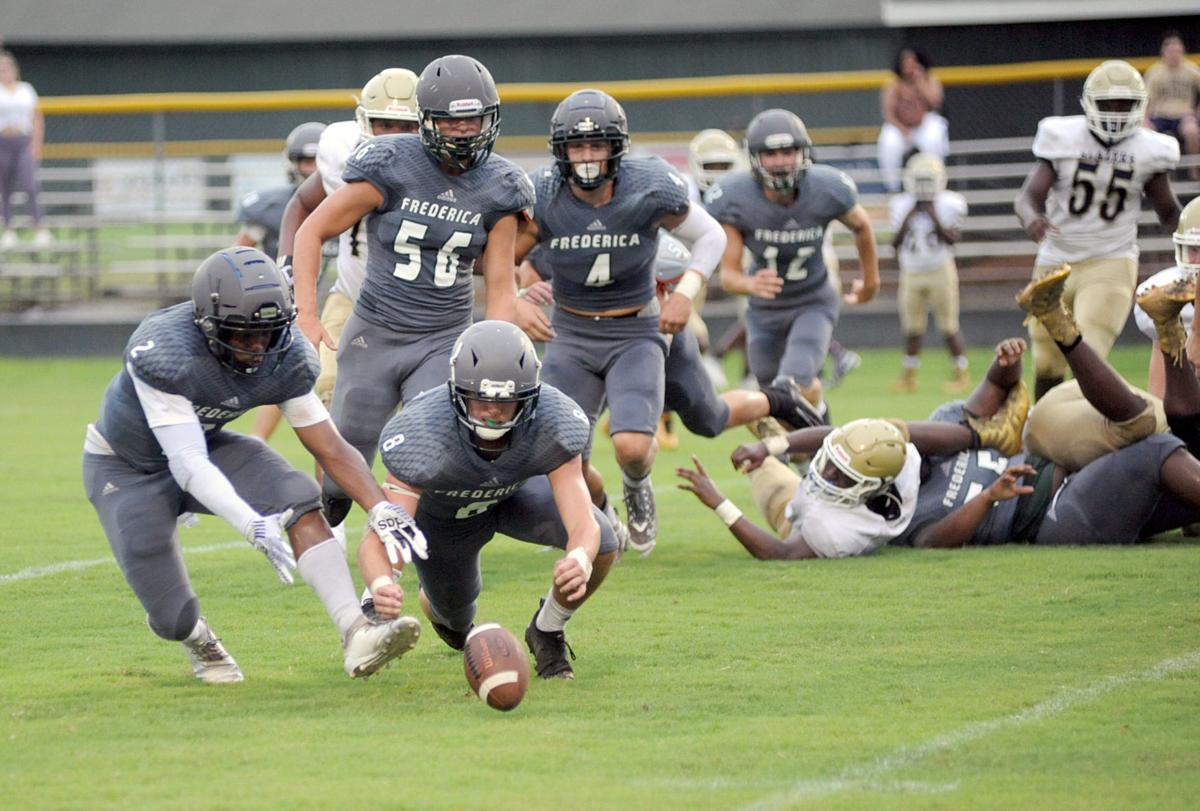 Frederica Academy’s Denver Anthony, left, and Josh Meadows attempt to scoop up a fumble in a scrimmage against Bethesda Academy.

Frederica Academy’s Deke Jernigan runs for a touchdown during a scrimmage against Bethesda Academy on Friday.

Frederica Academy’s Denver Anthony sheds a tackle during a scrimmage against Bethesda Academy on Friday.

Frederica Academy’s Denver Anthony, left, and Josh Meadows attempt to scoop up a fumble in a scrimmage against Bethesda Academy.

Frederica Academy grabbed its first win of the season as the Knights went on the road and defeated Bethlehem Christian 21-0.

During the second quarter of the game, due to lightning, the game was stopped. Not long after the delay began, the game got called off, and Frederica awarded the win.

The Knights offense wasted no time and got on the board quickly to start the game. It was two plays for 63 yards, and Frederica took the 7-0 lead.

Avery Cobb took off on the first play for 48 yards which set up a Tyler Devlin 15-yard touchdown pass to Josh Meadows.

“I thought we came out and played pretty fast there at the beginning,” Frederica Academy coach Brandon Derrick said. “Then we had a lull there, but quickly picked it back up. We had a little success and got it rolling. When the lightning delay hit, we were on track to score again. Overall I think it was a decent night.”

The Knights second score of the game was by Deke Jernigan. He ran over three players and rumbled his way into the end zone with a 2-yard touchdown run making it 14-0 at the beginning of the second quarter.

Shortly after another impressive Frederica defense stop, the Knights offense took over again. This time Denver Anthony shot out of the hole like a missile and took it to the house for a 34-yard touchdown.

“Deke’s a dang good football player, and he ran over some folks tonight and bulldozed his way into the end zone,” Derrick said. “Denver and Deke both, they finish runs. You cannot arm tackle them, or they’ll make you pay. They both did a good job tonight.”

Jaiden Rose-Scaley had a huge punt return for the Knights which set them up deep into Bethleham’s territory. Then the lightning delay went into effect cutting off the Knights offense from striking again.

Frederica’s defense was lights out for the quarter, and half of play as the Knights didn’t allow Bethlehem Christian a first down.

“Our defense was solid, and upfront did a good job,” Derrick said. “Josh Meadows was all over the place for us on defense. They played fast and did a good job tonight.”

Frederica Academy’s next opponent is against Augusta Prep for the Knights first home game of the season after the game against Tiftarea got canceled due to Hurricane Dorian. Kick-off is at 7:30 p.m.