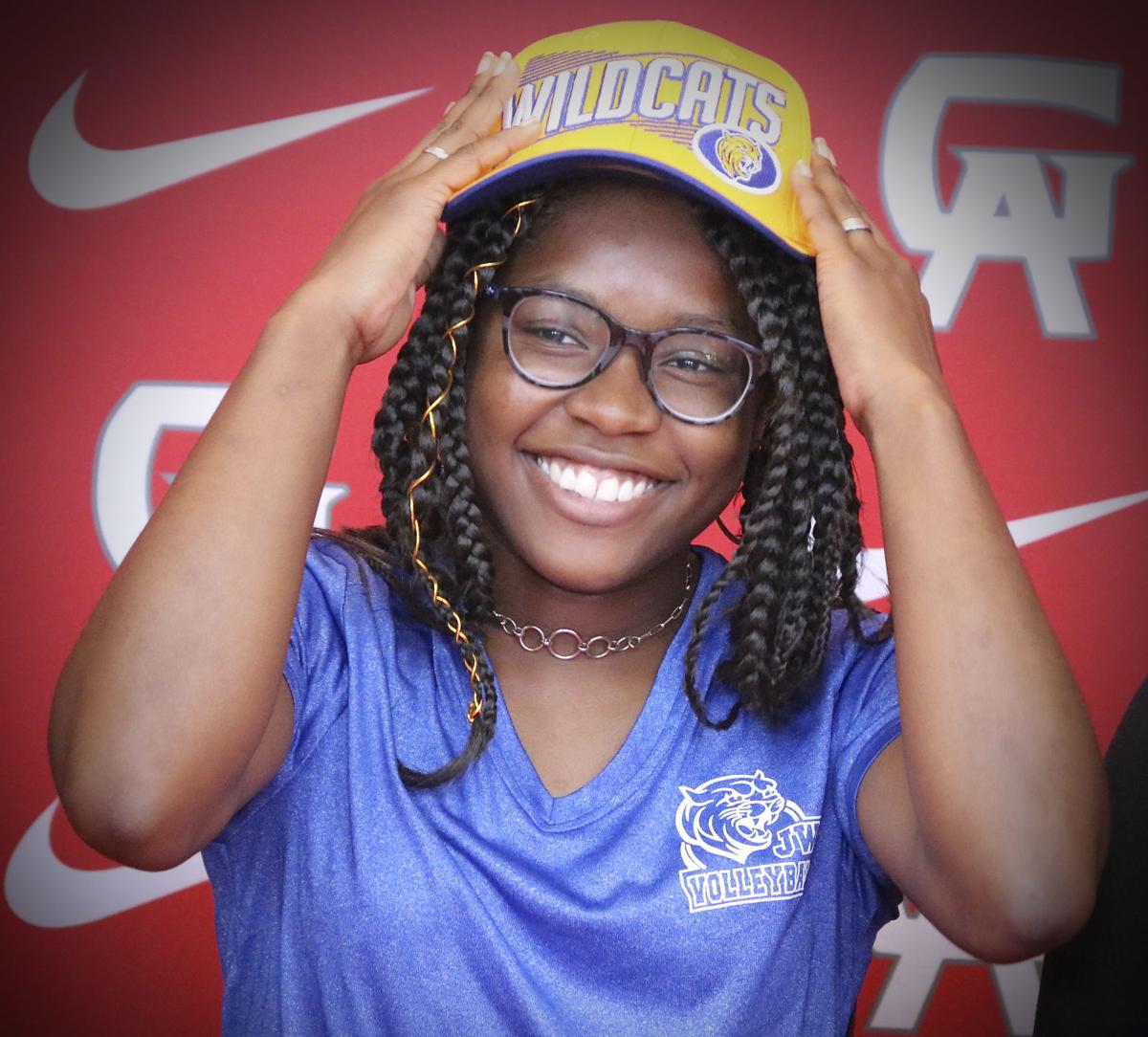 Glynn Academy’s Jazmine Richardson puts on a Johnson & Wales hat during her signing ceremony Wednesday at the school. 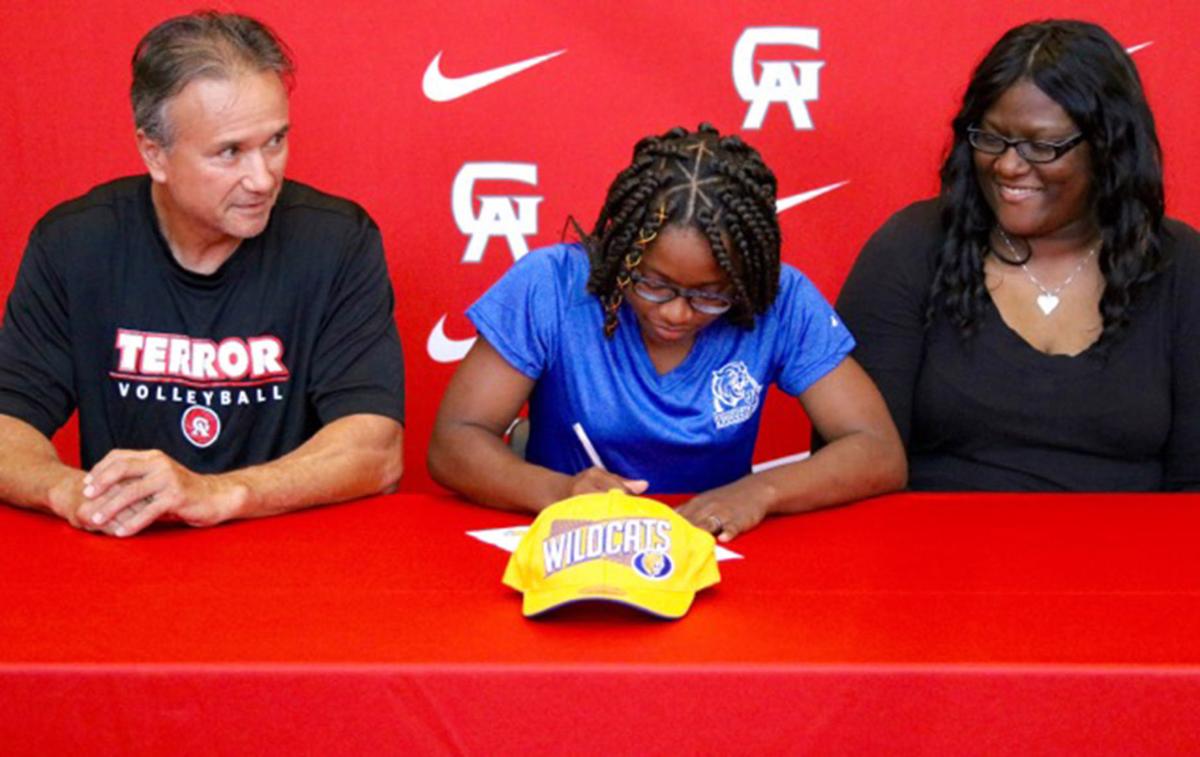 Glynn Academy’s Jazmine Richardson puts on a Johnson & Wales hat during her signing ceremony Wednesday at the school.

The Johnson & Wales sophomore was named The Sun Conference Defender of the Week honors for the week ending Oct. 20. It’s the first weekly award of Richardson’s career. Richardson, formerly a defensive specialist at Glynn Academy, recorded 36 digs (2.40 digs per set) and 14 total blocks to help lead JMU to a 3-1 record over the week of play. The Brunswick native also tallied 12 kills and had nine service aces.

She’ll face off against her hometown team Saturday when TSC foe Coastal Georgia travels to Miami for a 2 p.m. match against JWU.