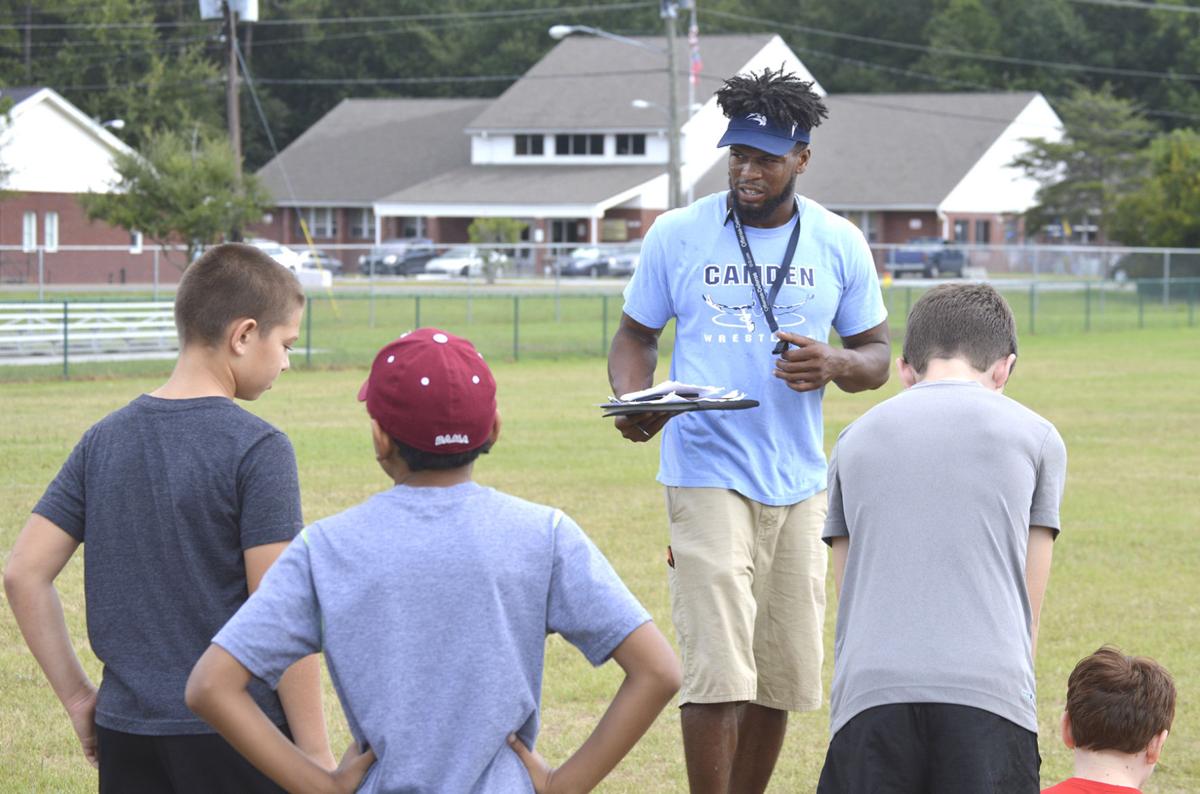 Camden Middle School gym coach Brian Crum talks to students during gym class Friday. He was a linebacker on the University of Florida’s national championship team in 2006. 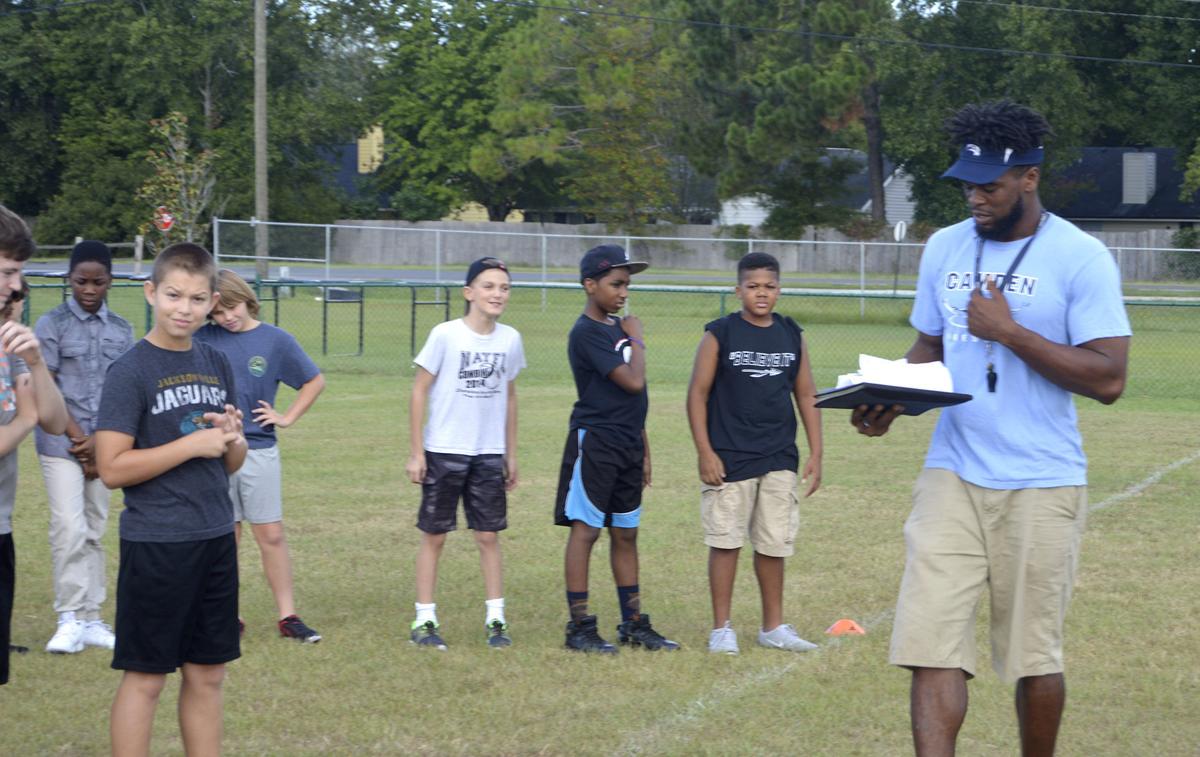 Camden Middle School gym teacher Brian Crum talks to students before they participate in group exercises. Crum, a Camden County High School graduate, was a starting linebacker on the University of Florida’s national championship team in 2006 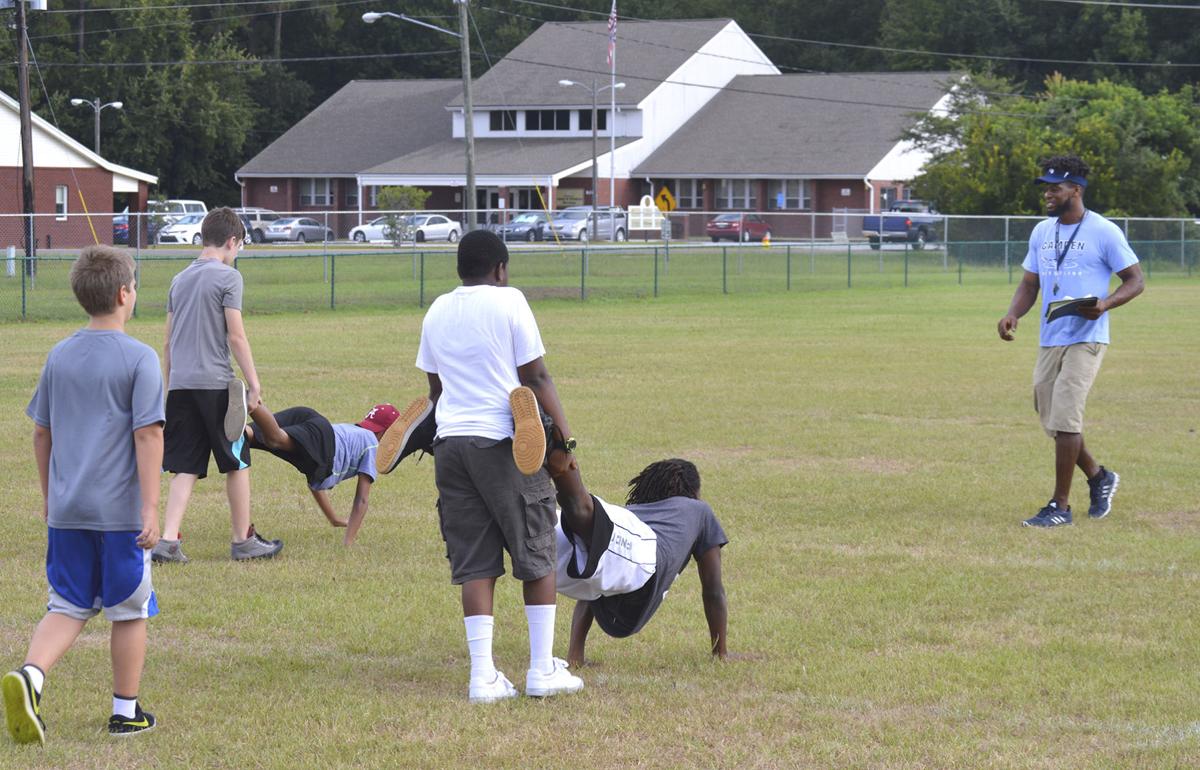 Camden Middle School gym coach Brian Crum talks to students during gym class Friday. He was a linebacker on the University of Florida’s national championship team in 2006.

Camden Middle School gym teacher Brian Crum talks to students before they participate in group exercises. Crum, a Camden County High School graduate, was a starting linebacker on the University of Florida’s national championship team in 2006

He graduated Camden County High School in 2002, where he was a standout on the Wildcat’s football team that went undefeated in the regular season and lost in the first round of the playoffs.

Crum was recruited in high school by every team in the SEC and many other top schools in the nation. He settled for University of Florida, where he played linebacker on the biggest stage in college football — the 2006 national championship team.

His adrenaline was so high, Crum said it was the only game he played where he never got tired. Lots of work and preparation by some of the most innovative coaches in college football helped make the difference in the convincing 41-14 victory over Ohio State University.

“They were all influential,” he said of his coaches. “You see how hard it is to win a national championship.”

Crum, a Woodbine native, played professional football in arena leagues, and even boxed a little, but a knee injury ended his professional sports career.

“It was more about testing myself against others,” he said. “I just wanted to compete.”

Now, his job is to teach students how to compete both academically and physically. It’s a job Crum believes he was meant to do. His mother taught 33 years and he has two sisters who are teachers.

Crum said he was seldom admonished for behavior in school because he didn’t want to do anything to embarrass his mother.

“I encourage teamwork,” he said. “I firmly believe there is nothing more important than the next generation. Every kid is important.”

Some of his students who are Georgia Bulldogs fans rib him about being a Gator.

Crum is an assistant coach for his middle school’s football team, as well as for the varsity squad at Camden High.

He said it’s fun preparing middle school athletes to play in one of the state’s top programs. He doesn’t offer unsolicited advice, but Crum said some of his fellow coaches ask for suggestions from time to time because of his experience.

“I had contact with some of the best coaches in the game,” he said. “You cannot underestimate wisdom. It comes through time.”

James McCarter, principal at Camden Middle School, said students give him a higher level of respect because of his football career.

McCarter said he played basketball with Crum when he was a middle school student and followed him when he played college football.

“I remember him distinctly,” he said. “He had some growth spurts.”

Crum said he’d like to be one of the coaches on the team the next time Camden High plays for a state championship.

“That’s still something I’d like to see happen,” he said. “We all work together.”

Crum, the current Camden Middle School teacher of the year, was recently featured in the Georgia Department of Education’s teacher spotlight.

“I approach education the same way I approached my football career,” he said. “I believe if you accomplish small things, you can accomplish great things.”

Reporter Gordon Jackson writes about Camden County and other local topics. Contact him at gjackson@thebrunswicknews.com, on Facebook or at 464-7655.

BUFORD — Suffocating defense has been the Terrors’ calling card for the last two years, yet that was never more apparent than Friday.

Brunswick High, Frederica Academy, and Glynn Academy’s baseball teams faced off with opponents on Thursday night as the 2020 season continues for the Knights, Pirates and Terrors.