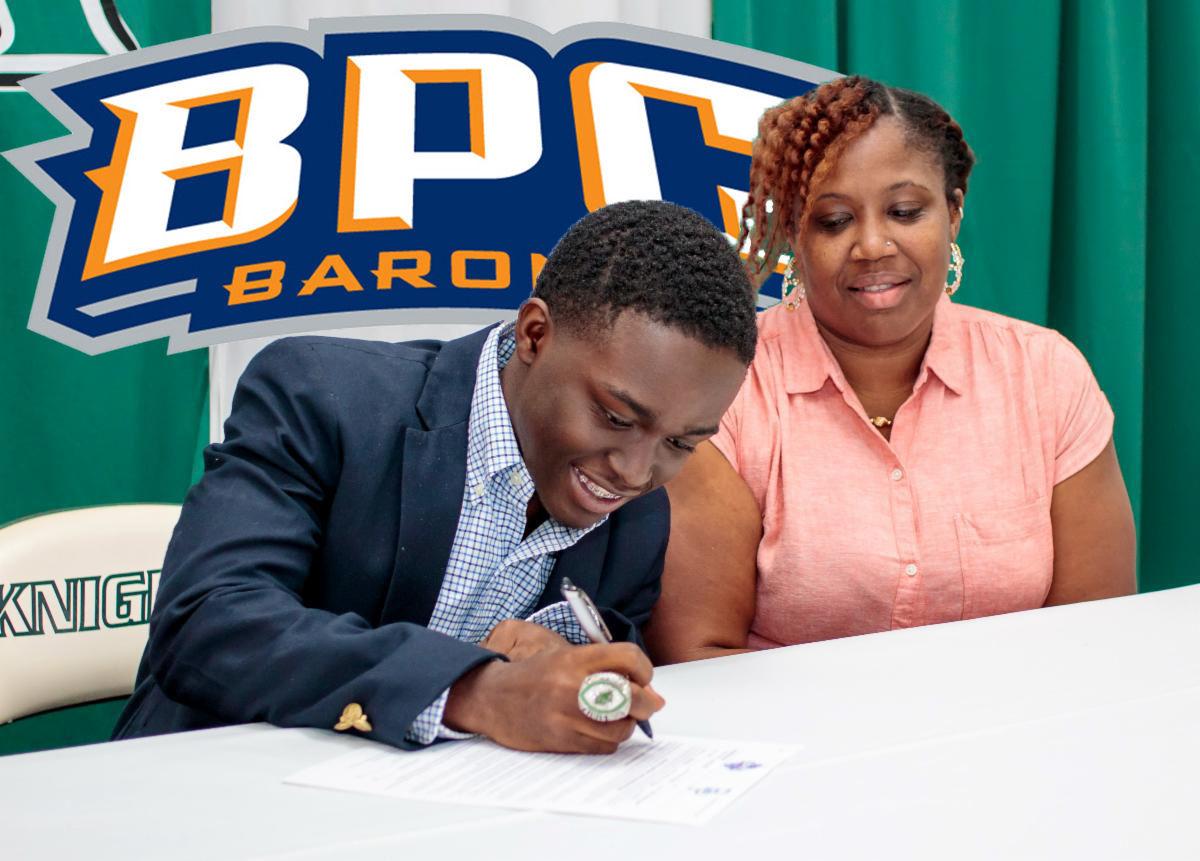 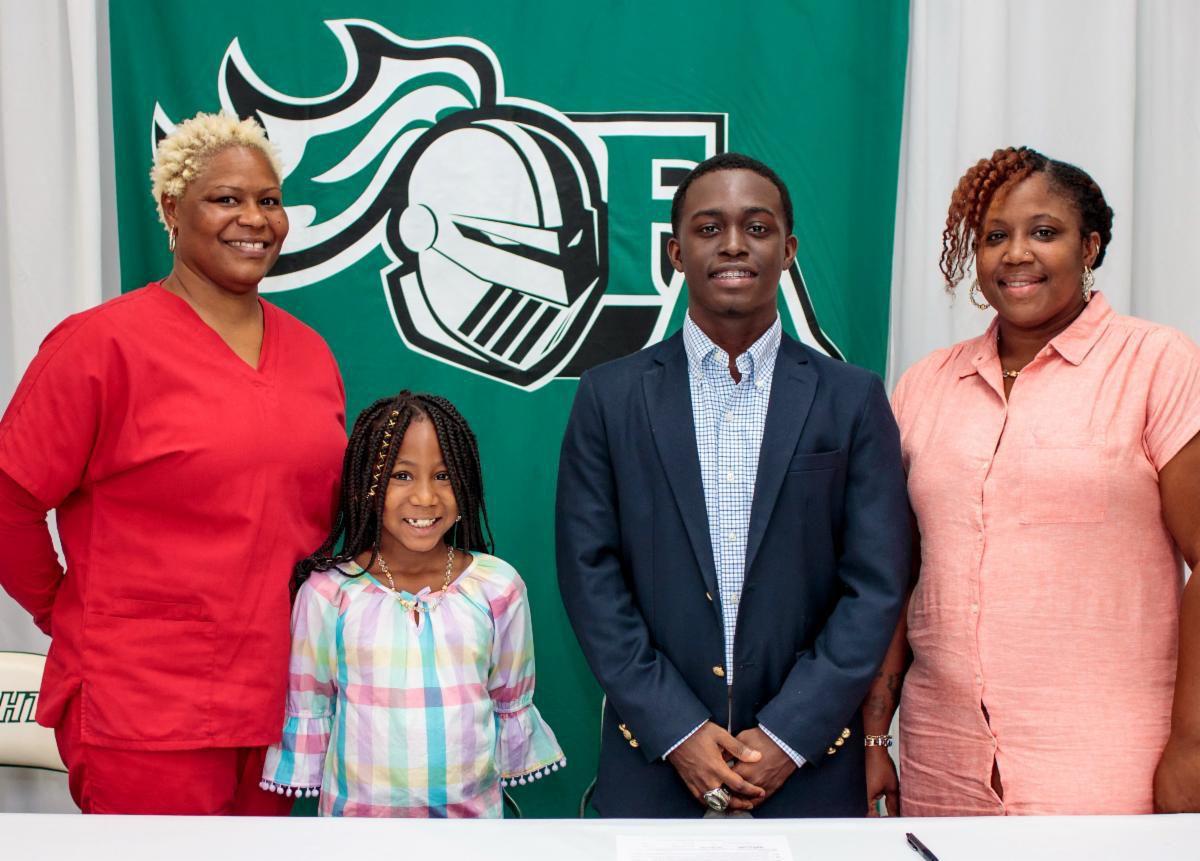 Frederica Academy’s Avery Cobb poses for a photo with his family after signing with Brewton-Parker. 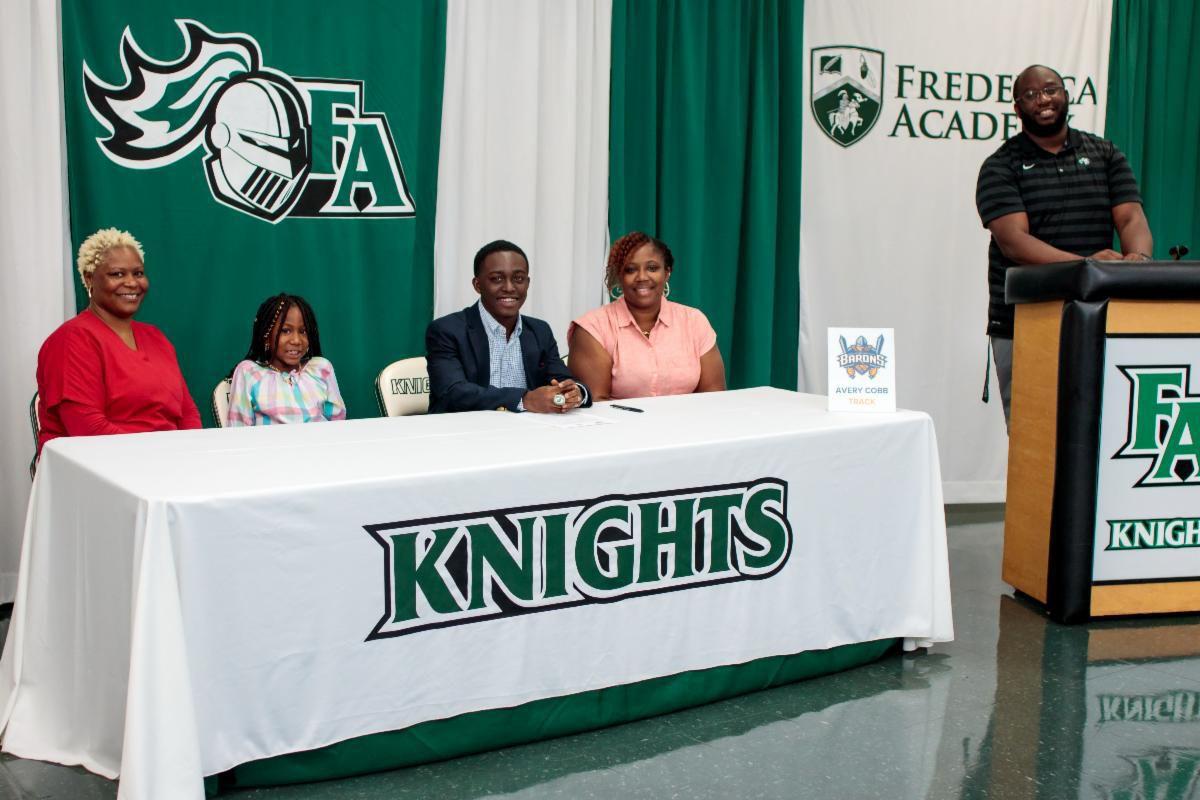 Frederica Academy's Avery Cobb poses for a photo with his family and track and field coach Alex Mathis, far right, after signing with Brewton-Parker.

Frederica Academy’s Avery Cobb poses for a photo with his family after signing with Brewton-Parker.

Frederica Academy's Avery Cobb poses for a photo with his family and track and field coach Alex Mathis, far right, after signing with Brewton-Parker.

Avery Cobb is used to winning races. Now he’s the first Frederica Academy Knight to sign a letter of intent to compete in collegiate track and field.

“It means a lot to me, being the first one to sign a track and field scholarship at the school,” Cobb said. “It’s kind of cool having my name engraved in the school and history.”

Cobb competed in the 100-meter dash, 200-meter, and the 4x100 relay at Frederica, and he’ll do the same at Brewton-Parker, where he’s looking to make an immediate impact.

Brewton-Parker certainly knows top runners as a Baron sophomore was named the Southern States Athletic Conference’s Track Athlete of the Year this past season.

The Barons first got in contact with Cobb through Twitter in March, and they remained in touch with him through his commitment, making it an easy decision for the senior.

“They showed real interest in me, so it was kind of a no-brainer for me,” Cobb said.

Cobb was a two-sport athlete at Frederica Academy. He also played for the Knights’ football team, carrying the ball 15 times for 136 rushing yards and a touchdown during Frederica state championship season in addition to making 17 tackles while playing defensive back.

He was set to take on a larger role for the Knights as a senior, but he dealt with injuries through much of the year.

But the experience only further crystalized what had always been his goal.

“I’ve run track since I was little,” Cobb said. “It was always a dream to go run in college.”