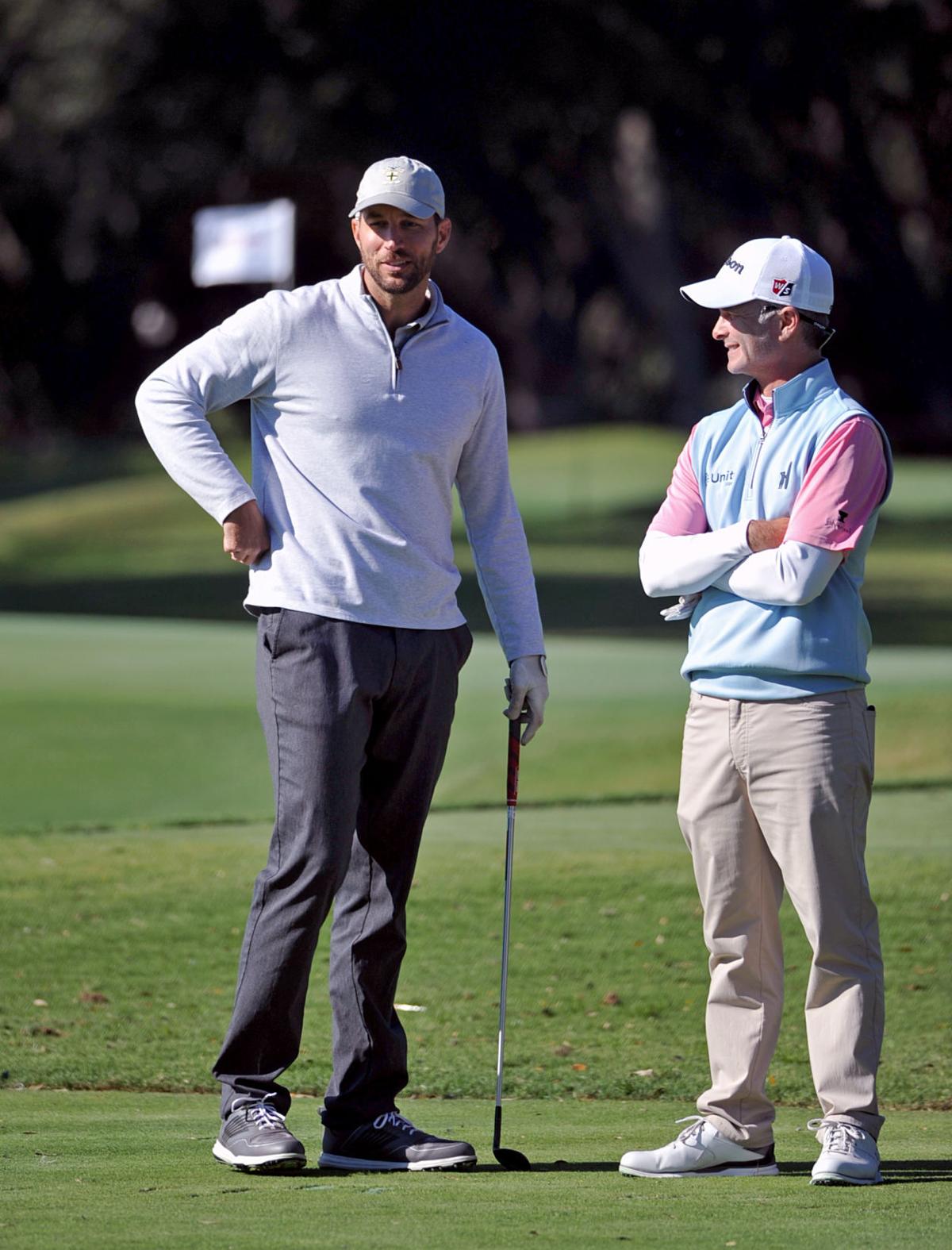 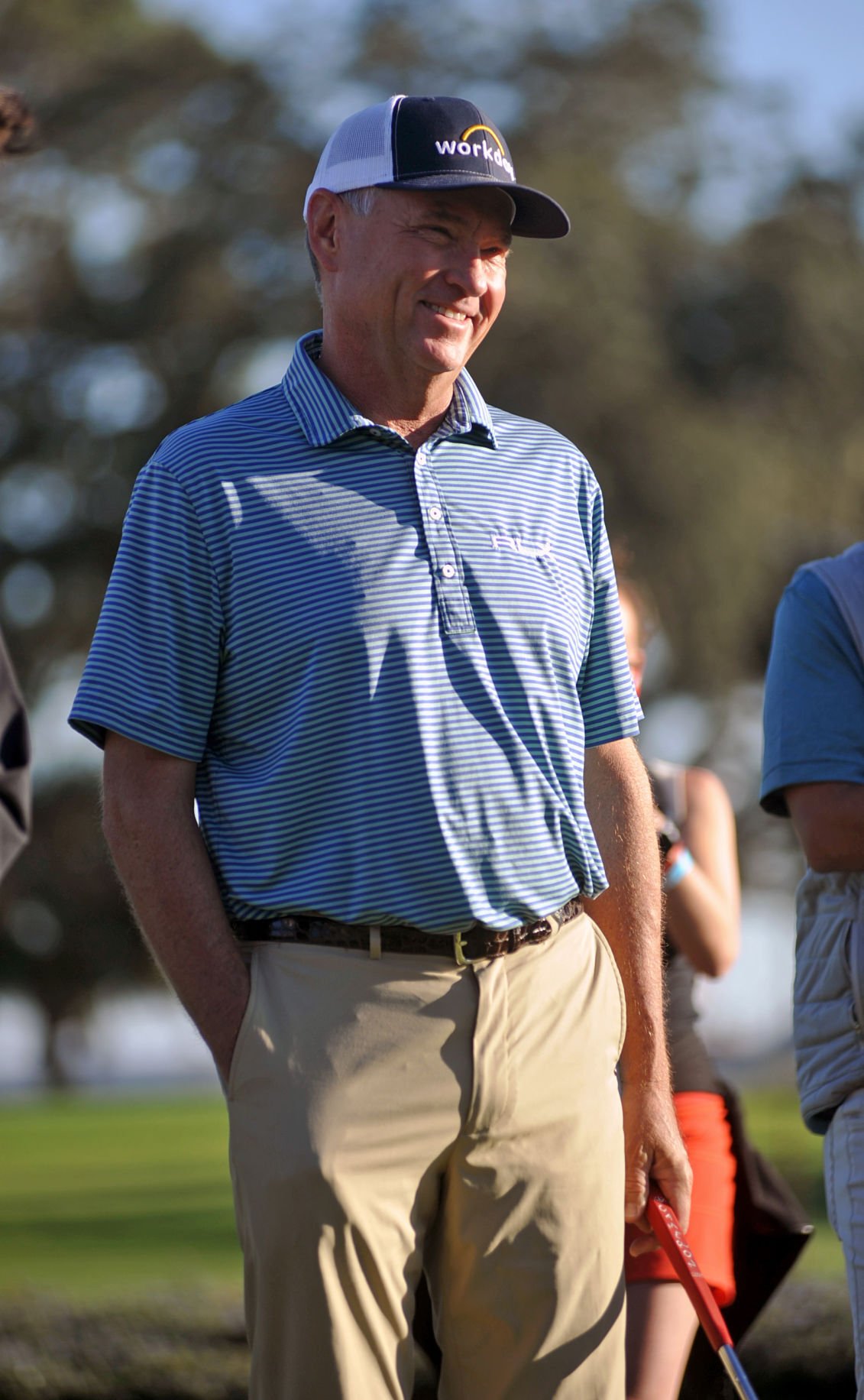 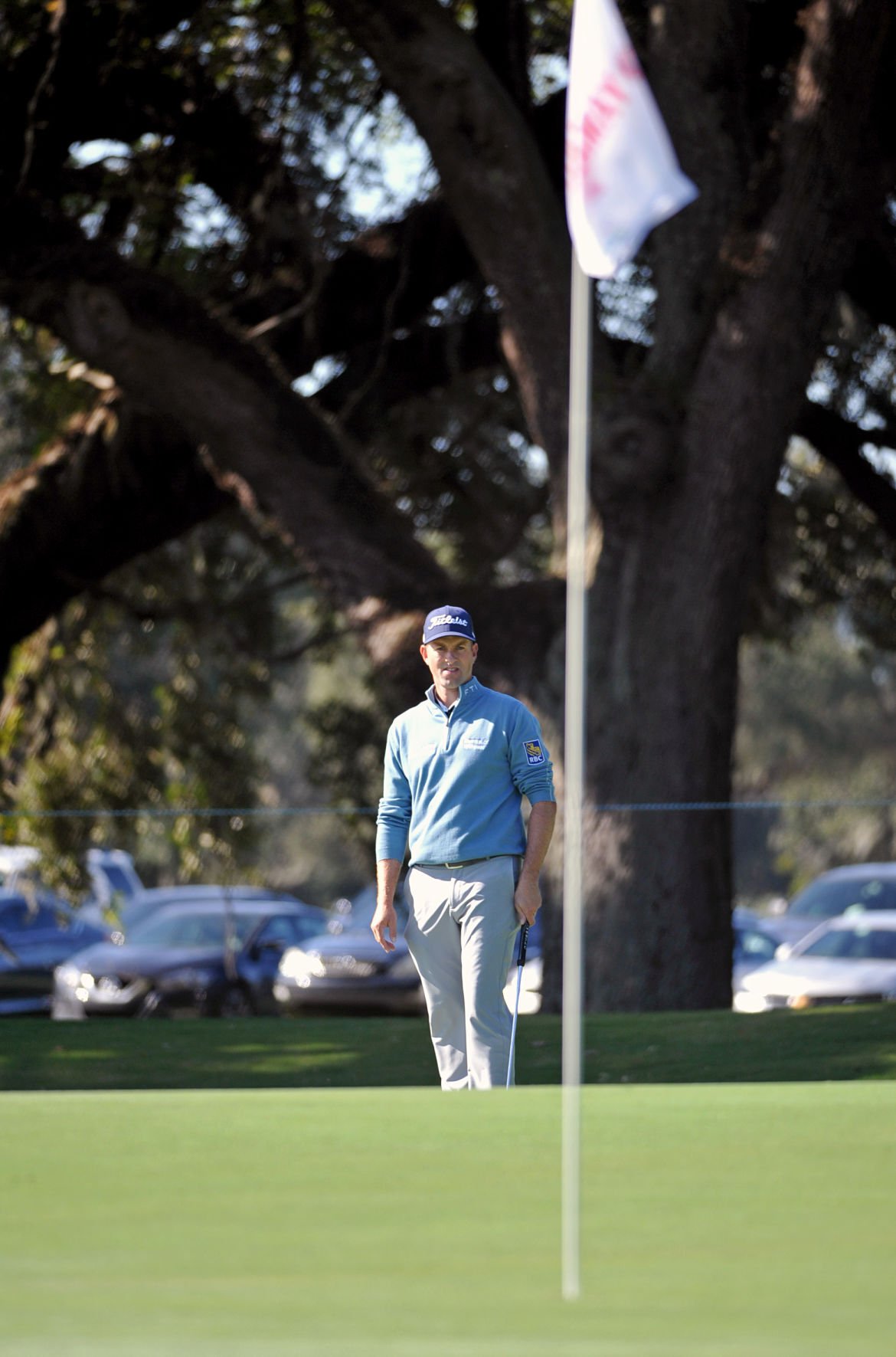 Webb Simpson measures his putt on hole 17 of the Plantation Course during the RSM Classic Pro-Am on Wednesday at Sea Island Golf Club.

Webb Simpson measures his putt on hole 17 of the Plantation Course during the RSM Classic Pro-Am on Wednesday at Sea Island Golf Club.

It’s taken just 11 years for the RSM Classic to become a staple within the PGA Tour calendar.

Tournament host, and World Golf Hall of Famer, Davis Love III is a big reason for the event’s success.

As a St. Simons resident, Love envisioned creating an enjoyable but demanding test for golfers in his hometown, and he’s done just that. But the growing affinity for the tournament is due to its host as much as the relaxing vibe of the Sea Island Golf Club.

A 21-time PGA Tour winner and two-time U.S. Ryder Cup captain, Love is a legend in the golf community, and his presence alone lends a level of credibility that’s allowed the RSM Classic to quickly blossom into a destination event.

“It’s a special place for him being a resident here for so long. He’s tied to this community and he has his heart in this tournament and you can tell that he’s a first-class dude and this tournament is first class.”

Cink’s feelings were shared among many of the players in what is one of the strongest fields in the history of the tournament. There are 18 players ranked among the World Golf Ranking top 50 within the 156-player field.

Being set behind the Masters this year surely helped bring more top players to Sea Island, but the real key has been the RSM’s ability to keep golfers coming back.

“Our strength of field has never been better and our galleries will never be this low again,” Love said. “It’s unfortunate that our friends, neighbors and fans that have come every year can’t come watch this great field. Tommy Fleetwood’s staying in our friend’s house right here on the golf course. Lee Westwood, Jason Day, right on down the list, we have a great field of guys. We’ve got the Kuchars and the Snedekers and the Zach Johnsons and the Kevin Kisners and the Charles Howells that have always played here because they love it here.

“Now we’ve got a whole new crop of guys that I’m sure are shocked that — Boyd Summerhays came up to me yesterday and goes, ‘Wow, this place is really, really nice.’ I go, ‘Yeah.’ Once you come here, you’re hooked. Hopefully we’ve hooked Tommy Fleetwood and guys like that that they haven’t really understood what this tournament and this place is all about and get them back again.”

Only 18 competitors in the 2020 field have not played the RSM Classic at least once before.

This will be the ninth time Webb Simpson has competed in the tournament. He enters this week looking for his first victory at the RSM despite his status as the top earner in the event’s history at more than $1.8 million.

When asked about playing in a tournament with Love’s named attached, Simpson offered nothing but effusive praise.

“He was my favorite player growing up. He went to UNC; my dad, mom, everybody went to UNC in my family, so I was always a huge Davis fan for many reasons,” Simpson said. “When I got on Tour, he’s always been great to me, giving me advice when I needed it. I played for him in 2012 at Medinah, so I’ve always been a massive Davis fan. He’s so generous. I think what most players think of him as is someone who’s really generous and humble, and he’s done so much for the area here, the island, the golf courses and the event. I know Davis Love Foundation is just so proud to be part of this event, and it’s made RSM proud to be part of this event as well.

“So I think guys play here maybe their first time, they’re curious what is it like, but from my knowledge players have a great experience here. I tell people who have never been, I say you’ve got to come, it’s one of the best weeks of the year in terms of the area. It’s just a nice area, great facilities. So I’m happy for Davis that the field is as good as it is.”

Although this will be the first time Love is not playing in the event as he recovers from a neck injury, its allowed him to put 100 percent of his focus into his duties as a host.

Love’s already rustled up bottles of Southern Soul barbecue sauce for some desperate players, and he helped Graeme McDowell secure a reservation at Crabdaddy’s on Monday.

Working with a limited pool of staff amidst the coronavirus pandemic, Love has even teamed with his wife Robin to make the usual snack mix for RSM office staff in place of a volunteer unable to get across the Canadian border.

But it doesn’t come as a surprise to see Love go above and beyond. The RSM US Foundation and the Davis Love Foundation have combined to raise more than $17.6 million to help children and families in need after all.

“I mean, Davis is one of the best human beings that I know,” Hudson Swafford said. “I kind of grew up — before the whole Tiger era, grew up kind of idolizing Davis, obviously being both from the southeast, kind of wanted to model yourself after him. Getting to know him personally over the last 10 or 15 years, he’s just what you see is what you get, just an unbelievable person. And he’s done — you know, he’s gone miles for this community and put St. Simons, Sea Island, Glynn County on the map.

“Just an all-around great person, great family. And it’s fun to help them out and just see this tournament and kind of grow with the tournament obviously. Watch how the local charities benefit from it. Yeah, they’ve done an unbelievable job, I think.”